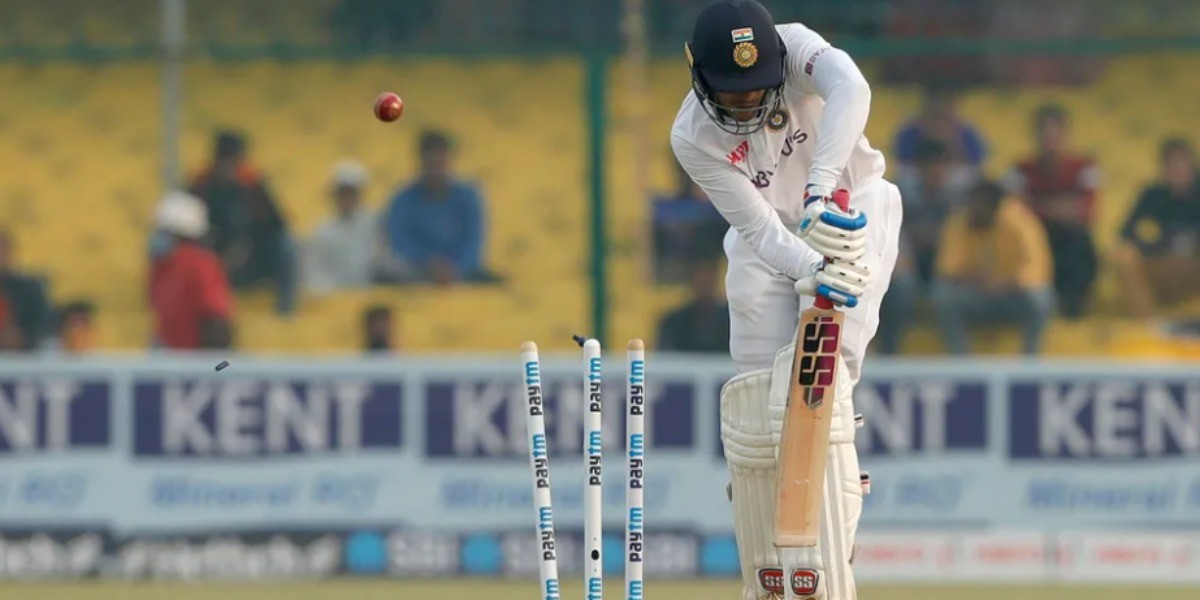 Team India bounced back in a commanding fashion on Day 3 of the first Test match against New Zealand in Kanpur to dismiss the Kiwis for 296 runs in the first courtesy of a fifth five-wicket haul by Axar Patel.

After a solid opening partnership of 151 runs between Tom Latham (95) and Will Young (89), the spinners wreaked through the batting unit of the Kiwis to help the Indian side get a vital 49-run lead in the first innings.

With only 30 mins of play remaining, the onus of the side relied heavily on the opening combination of Shubman Gill and Mayank Agarwal to get through the day without losing a wicket.

However, Gill was undone by Kyle Jamieson for one in the second over to dent the batting unit of the side. The 22-year old endured a tough time with the ball coming into him and has been dismissed on several occasions due to his bat and pad gap.

The type of dismissals for Shubman Gill in the two innings of the first Test match have prompted the experts to decode his technique, and Irfan Pathan feels he will need to work on it to become a successful opener.

In conversation with Star Sports, he said, "It is not easy at all. The lights are on, the ball moves, and you know that you have to go back, not out. Opening batsmen usually get out because of the pressure to go back, not out. But Shubman Gill will have to definitely work on his technique.

"His hands come in a roundabout fashion, especially against pitched-up deliveries. If he works on that, he has a lot of ability. Here both his feet remained at the same spot, and till the time the bat came down, it was very late, he further added.

Aakash Chopra, a former Indian opener, feels that Gill's technique is more suited in the middle order than an opening batter.

"Whenever I see him play, he doesn't look like a Test opener to me. The way he plays inside the line, the outside edge, and the inside edge are both exposed. In my opinion, he is a middle-order batter, and he has been made to open. He has done well as an opener, but his true colour and form will be seen when he bats in the middle order," he said. 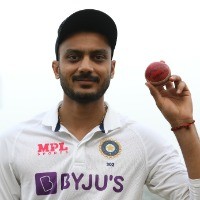 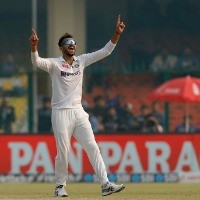 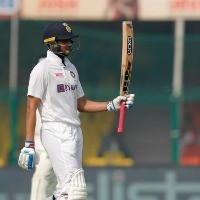 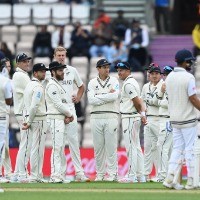 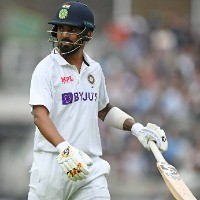 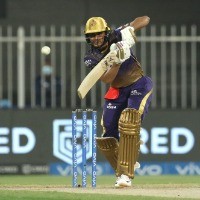 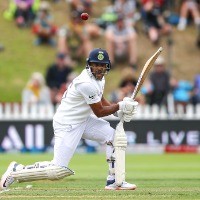 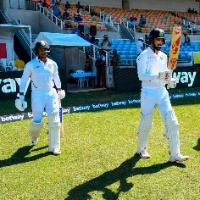 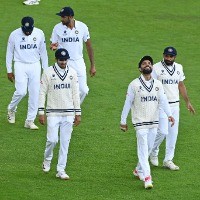