With a major part of the league stage done, the 40th game of the 2019 IPL will see the clash of Delhi Capitals and Rajasthan Royals, two sides with contrasting campaigns this year. Winning four out of their last five games, Delhi are knocking on the playoffs’ door harder than they ever had in the last 7 years. They actually stand a chance to topple Chennai Super Kinds from the top of the table spot if they win tonight.

On the other hand, Rajasthan went through a turmoil before their home game against Mumbai Indians which included Steve Smith taking over the leadership role and their biggest performer this season, Jos Buttler taking an early flight back home. But the side found their lost spark along with Steve Smith and the seemingly disarranged Royals defeated the Mumbai Indians quite comprehensively. A victory in each of their remaining 5 games will take them to the playoffs and the victory against Mumbai can give them the inspiration they were looking for in this season.

It might be a game between two sides at the opposite ends of the points table but still holds a lot of significance in the league stage.

Playing their home games at one of the most slowest tracks in the league, Delhi Capitals would be happy to move out of Kotla for one game. But the challenge of playing on an unsuitable track will persist for them as Jaipur is not much different from Kotla, although a bit better for batting.

The average run rate in Kotla has been 7.45, the second lowest after the dustbowl in Chennai. The Sawai Man Singh Stadium has so far offered runs at a rate of 7.71, the best among the other grounds with slower pitches in the league - Hyderabad, Delhi and Chennai.

Chasing has been another aspect at the ground. Out of the five games played at the stadium as yet, four have been won by the side chasing which has mainly been a result of the vast difference in the powerplay run rate between the two innings of the game. 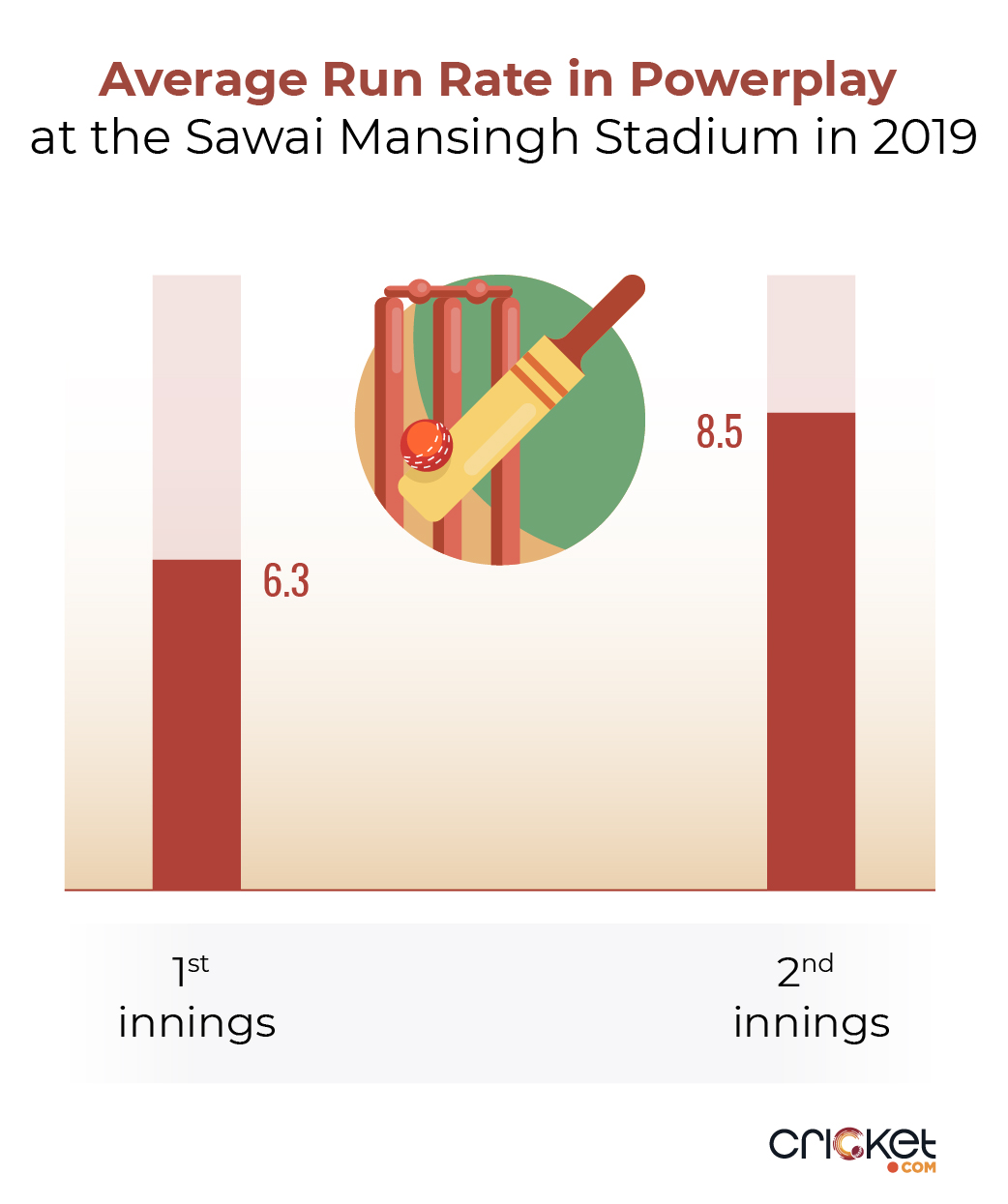 Chasing six times so far this season, Delhi have emerged victorious on four occasions while each of Rajasthan Royals’ three victories have come after fielding first. It’s a no-brainer that the side winning the toss would want to bowl first.

Identical approach with the bat

Batting on sluggish surfaces for most part of their campaign, the batting unit of both sides have fared quite similarly this year. Surprisingly, Rajasthan are marginally ahead of Delhi in each facet of T20 batting across every phase of the innings. 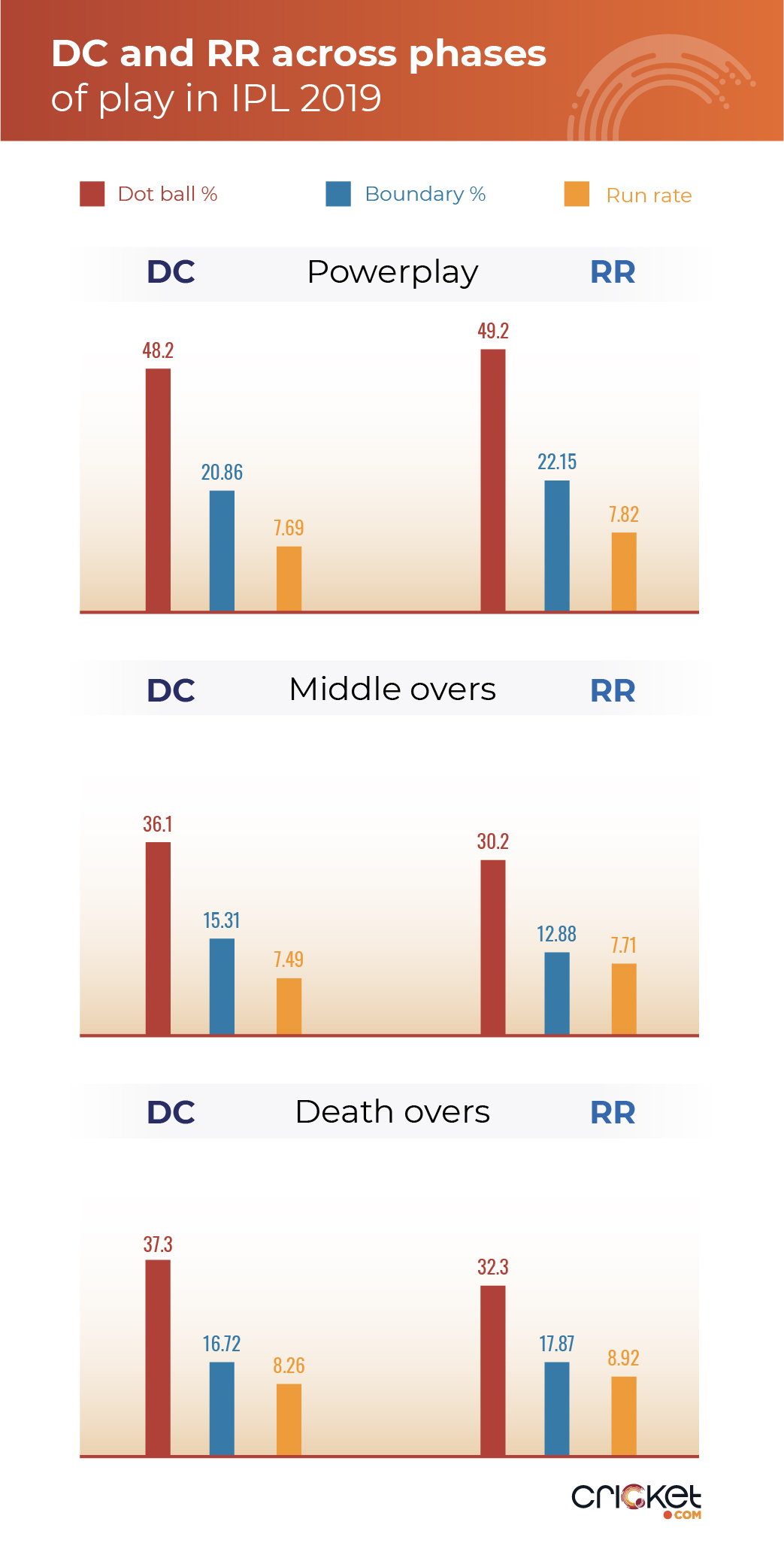 Both Delhi and Rajasthan have been quite reliant on their leg-spinners to take wickets for them. Approximately 27% of the wickets taken by Rajasthan bowlers have come via their leg-spinners (Shreyas Gopal being the main man) and for Delhi, the number is 21.1%, Mishra and Lamichhane doing the damage. 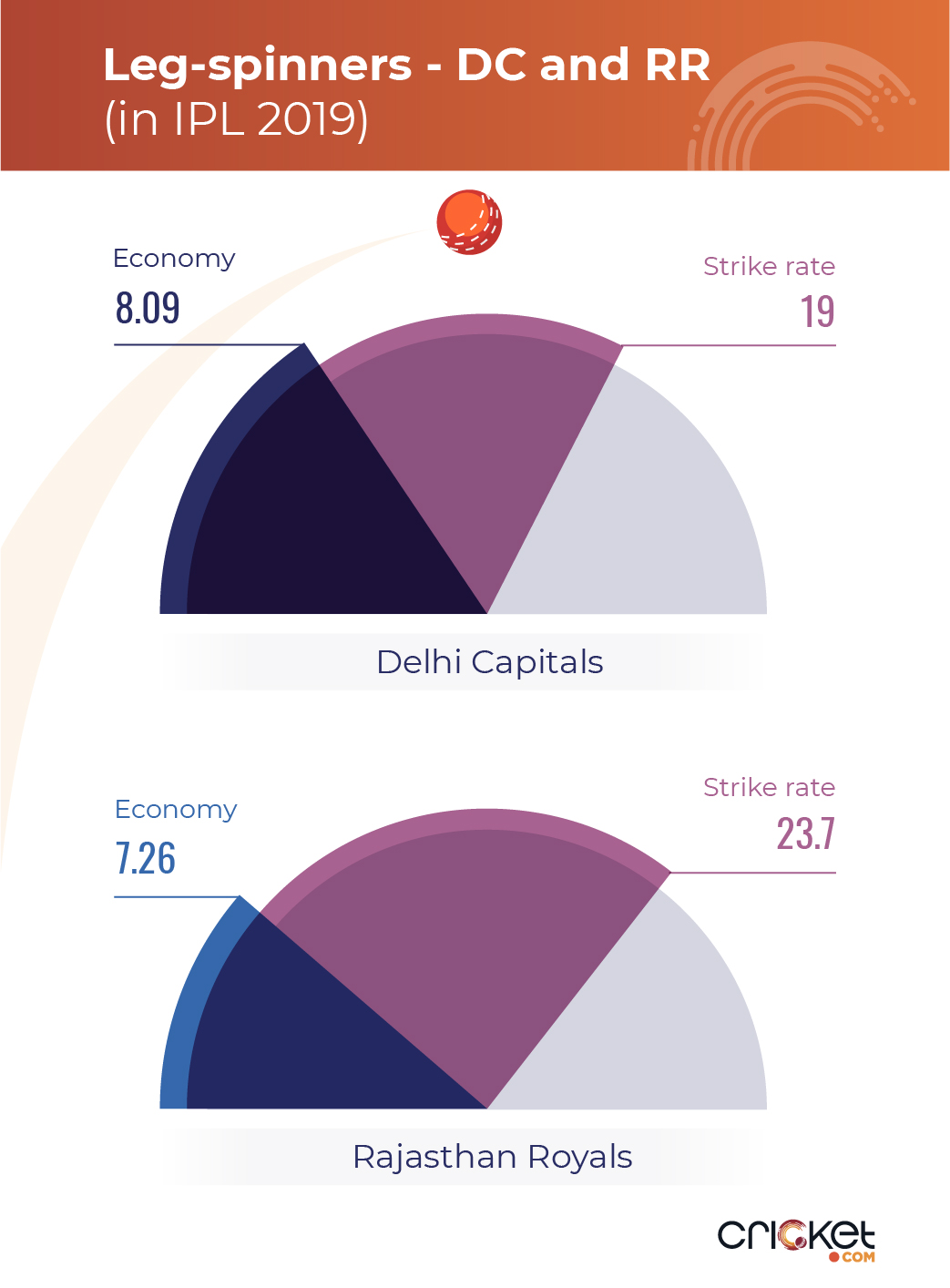 Delhi’s bowling firepower in the middle

The Delhi bowlers clearly edge out their Royal counterparts during the mid-phase of the game. Having played one game more than the Royals, Delhi have taken 24 wickets in the middle-phase of the innings, 9 more than their opposition and that too at a much better economy rate.

The encounter of raw pace at the death

Moving to the final phase of the innings, the death overs, both sides have assigned a talisman to take the lead role with the ball in one of the most important parts of a T20 game. Kagiso Rabada has single-handedly been responsible in making Delhi the most successful bowling side this season in terms of taking wickets.

On the other hand, Rajasthan have improved themselves with the ball. A couple of weeks ago, they had the worst bowling economy amongst all sides during the death overs - leaking at 11.08 runs per over. Currently, they stand ahead of Bangalore and Kolkata bringing their economy down to 10.64. Jofra Archer has played a pivotal role with impeccable mix of pace and length. Though he has not taken as many wickets as Rabada in the last 5 overs, there is very little to separate between the two. 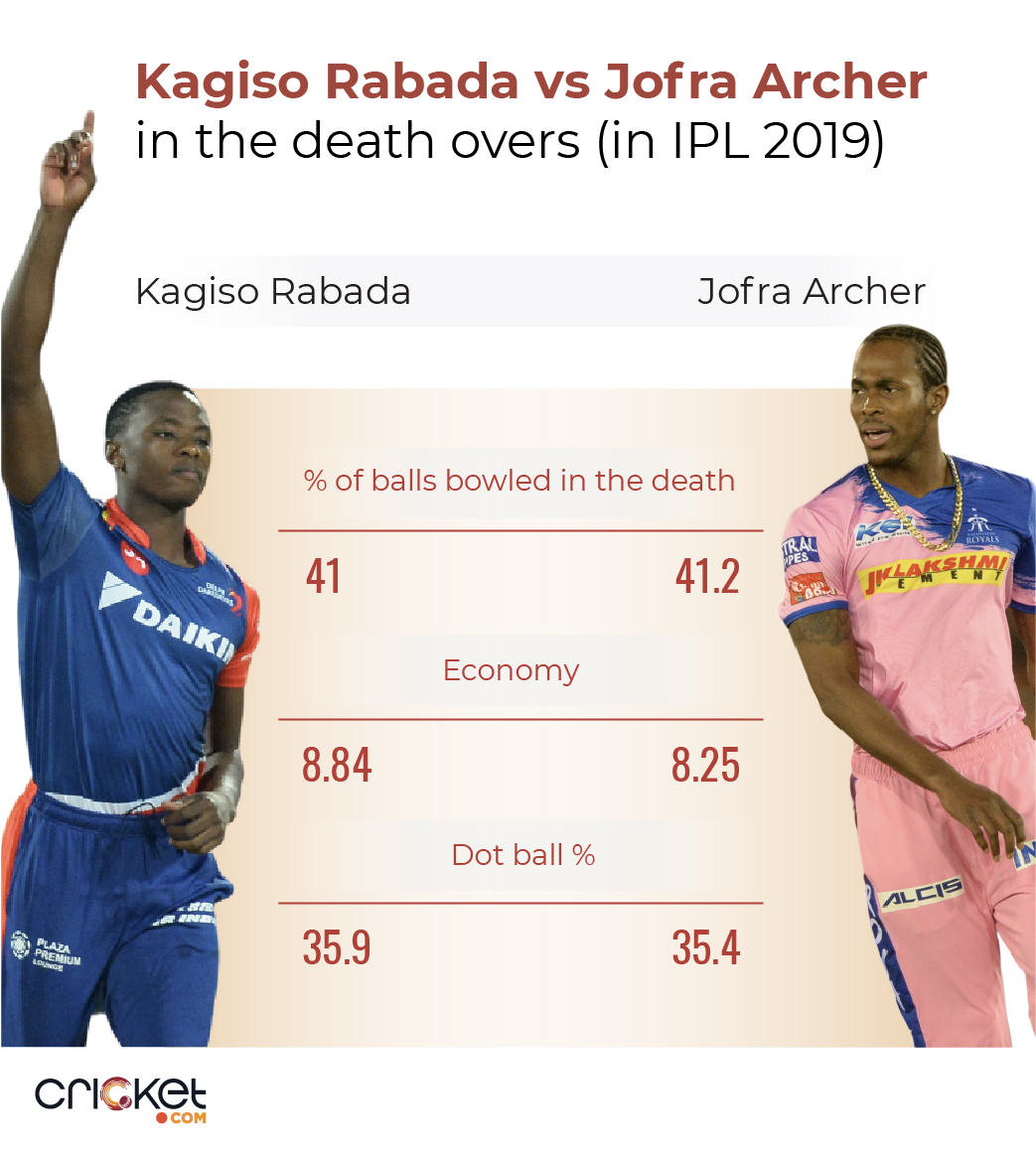 After the heap of changes they made in their previous game, Rajasthan Royals might refrain from making any after registering a resounding win over the Mumbai Indians. Ben Stokes’ and Ashton Turner’s unproductive form with the bat remains to be a worry for them but their potential to make an impact and the temptation to not tinker with the winning squad might persuade them to field an unchanged XI

Delhi is also coming post an impressive victory and given there won’t be a vast change in conditions, they may field the same side as well.