Sikandar Raza thanks Ricky Ponting for 'that little push' 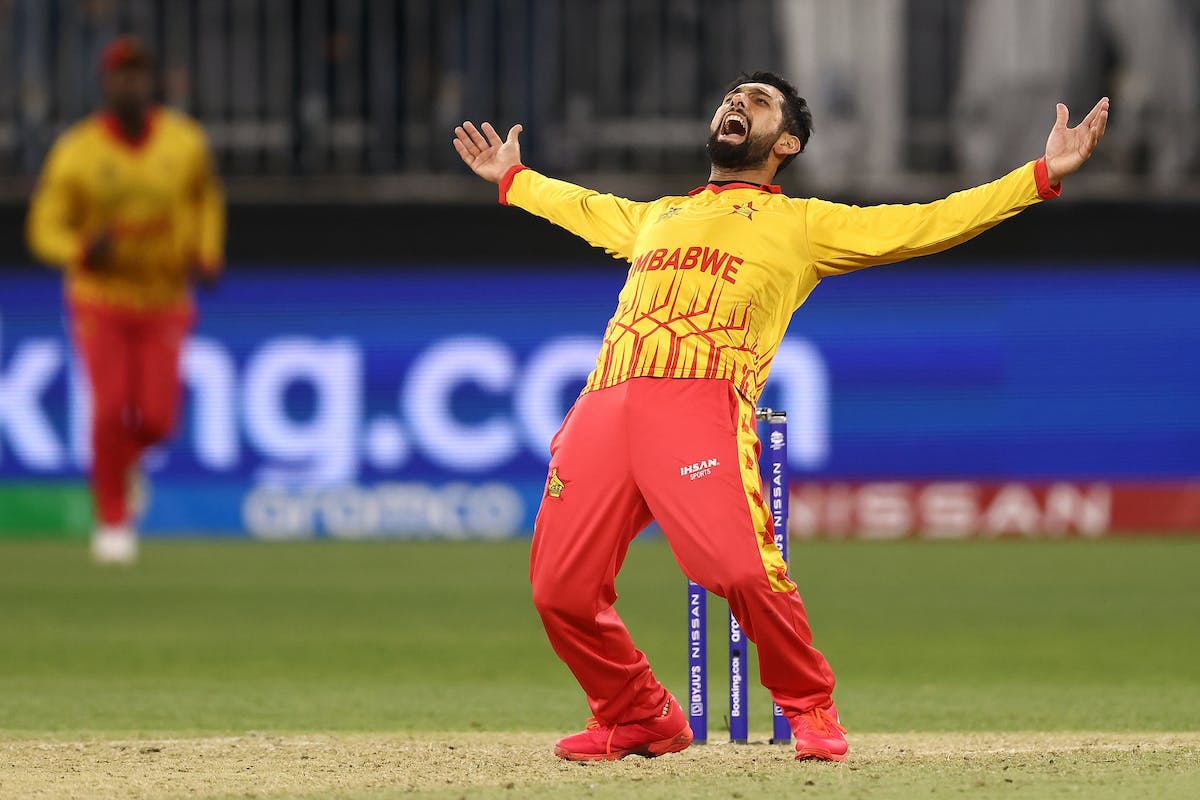 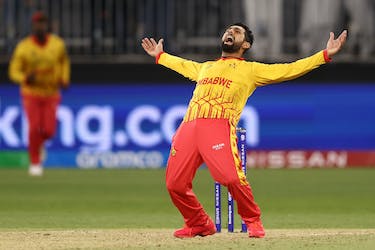 Sikandar Raza thanks Ricky Ponting for 'that little push'

The Zimbabwe all-rounder starred with the ball against Pakistan, finishing with 3 for 25, in his side's closely-fought one-run victory

Sikandar Raza starred once again for Zimbabwe as his side registered an astonishing one-run win over Pakistan in the Super 12s at the Optus Stadium, Perth. Raza, who picked up three crucial wickets to pull things back for Zimbabwe has credited Ricky Ponting for giving him that little push.

Raza revealed when he struggled to sleep hours before the start of the match against Pakistan, he saw a clip of Ponting that compared his ongoing form to greats like Glenn McGrath and Shane Warne, that calmed him down.

"I know there was a small clip that was sent to me this morning and it was Ricky Ponting having a small word," Raza said in the post-match presentation.

"I was excited. I was nervous. I was thrilled about today. Motivation was always there, but if I needed that little push, I thought that clip did a wonder this morning. So thank you very much to Ricky as well."

In the clip, the former Australia captain went on to praise Raza for the way he has taken the role of a senior player in the team head on and is delivering for Zimbabwe almost every time.

"In the T20 game, because it's such a moment-based game where it comes down to the result of one particular ball, the older, more experienced guys have a better way of thinking their way through situations, knowing exactly what's required here and now and then going and doing it," Ponting said in a clip released by the ICC.

"I said about Sikandar Raza at the at the start - the maturity side, he just seems to know exactly what to do, when to do it and he has been good enough to get it done.

Raza has been in top form this tournament. He started the World Cup with a match-winning 82 against Ireland and followed that up with 3 for 19 against West Indies, that resulted in his side's only defeat of the marquee event so far. He scored 40  against Scotland and despite not having the best of games against South Africa, he comes into Perth and walks away with 3 for 25 against Pakistan.

With three points from two games in the Super 12, Zimbabwe will put themselves in pole position for a place in the semi-final if they beat Bangladesh (Brisbane, OCT 30) and the Netherlands (Adelaide, NOV 2), before they face India (Melbourne, NOV 6) in their final match of this stage.