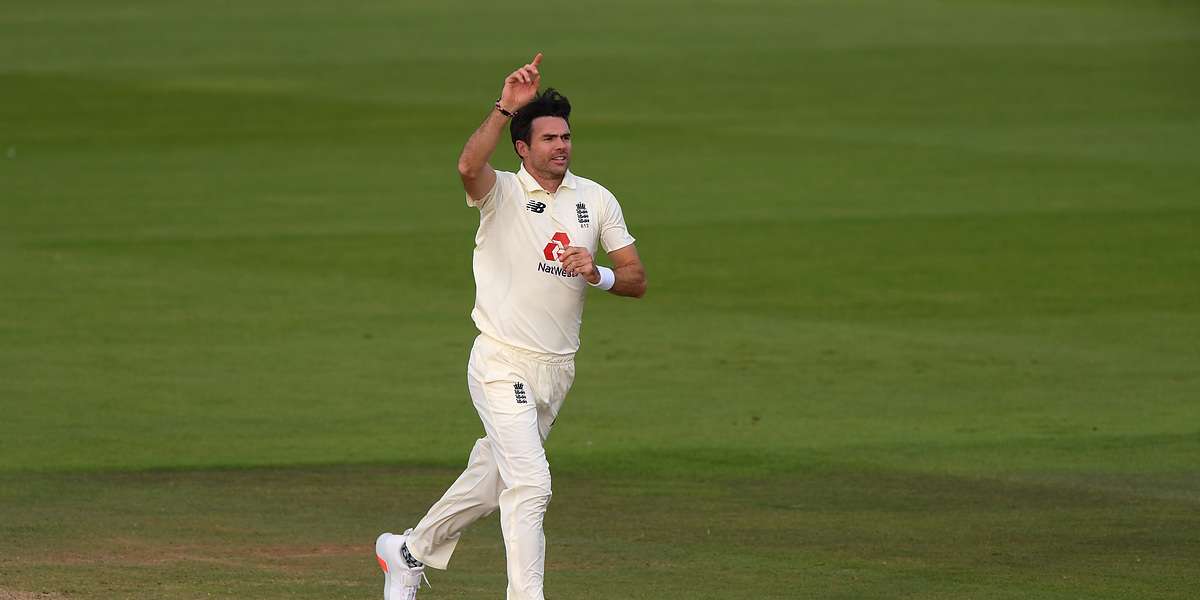 Anderson was left just one shy of becoming only the fourth bowler to reach the landmark figure as a combination of poor catching, bad weather and determined Pakistan batting thwarted him on the fourth day of the third Test

England coach Chris Silverwood urged his side to "finish strong" and help get James Anderson to 600 Test wickets following a frustrating day against Pakistan at Southampton.

Anderson was left just one shy of becoming only the fourth bowler to reach the landmark figure as a combination of poor catching, bad weather and determined Pakistan batting thwarted him on the fourth day of the third Test.

Anderson, denied an early breakthrough when Jos Buttler dropped a routine chance to reprieve Shan Masood, returned for a third spell late in the day to have opener Abid Ali lbw for 42 after Masood had fallen lbw, playing no shot, to Stuart Broad.

But that was as good as it got for Anderson, who ended a day cut short by bad light and rain with 1-18 from 12 overs.

"It is a massive achievement," said Silverwood of Anderson's looming milestone. "To have two bowlers above 500 Test wickets (Anderson and Broad) and Jimmy closing in on 600 is an amazing feat."

England are 1-0 up in a three-Test campaign and on the verge of a first Test series win against Pakistan in a decade.

They beat the West Indies 2-1 in the preceding series that marked international cricket's return from lockdown and are about to conclude a programme of six Tests in seven weeks, all played behind closed doors because of the coronavirus pandemic.

"I'm very proud of how they've handled themselves, being locked up for the best part of 10 weeks in the 'bubble' -- their attitude and effort has been fantastic," said Silverwood.

"To finish strong tomorrow and see Jimmy get his 600th would be fantastic. I want to win the game. That's my first and foremost."

Azhar Ali, the Pakistan captain, was 29 not out following his first-innings century and Babar Azam unbeaten on four.

Abid, who faced 162 balls, said: "England have a world-class bowling attack but the plan was to bat longer and that's what I did.

"I should have stayed longer.

"Azhar played a good knock in the first innings and Babar is there so we still have hope of finishing on a high," he added.

No paceman has yet reached the landmark figure of 600 Test wickets.

The only bowlers ahead of the 38-year-old Anderson in the all-time list are three retired spinners -- Sri Lanka's Muttiah Muralitharan (800), Australia's Shane Warne (708) and India's Anil Kumble (619).

Anderson started the day in sight of the select group after taking 5-56 -- his 29th five-wicket haul in 156 Tests -- during Pakistan's first-innings 273.

He might even have reached the landmark late on Sunday had not three catches been dropped off his bowling with the new ball.

Azhar's superb 141 not out kept England at bay after Pakistan collapsed to 75-5 on Sunday.

And there was more frustration for England when Masood, on three, edged Anderson only for the ball to hit Buttler on the thigh as he failed to get his gloves to a chance far less difficult than several catches he held on Sunday.

"No one means to drop them," said Silverwood. "Last night was gloomy but it's still not an excuse.

"And Jos's wobbled horrible" as it came to him, Silverwood added.

"We're out there every morning. So it's not like they're not working on it (catching)." 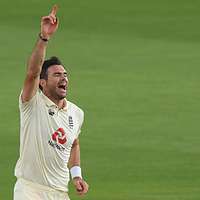