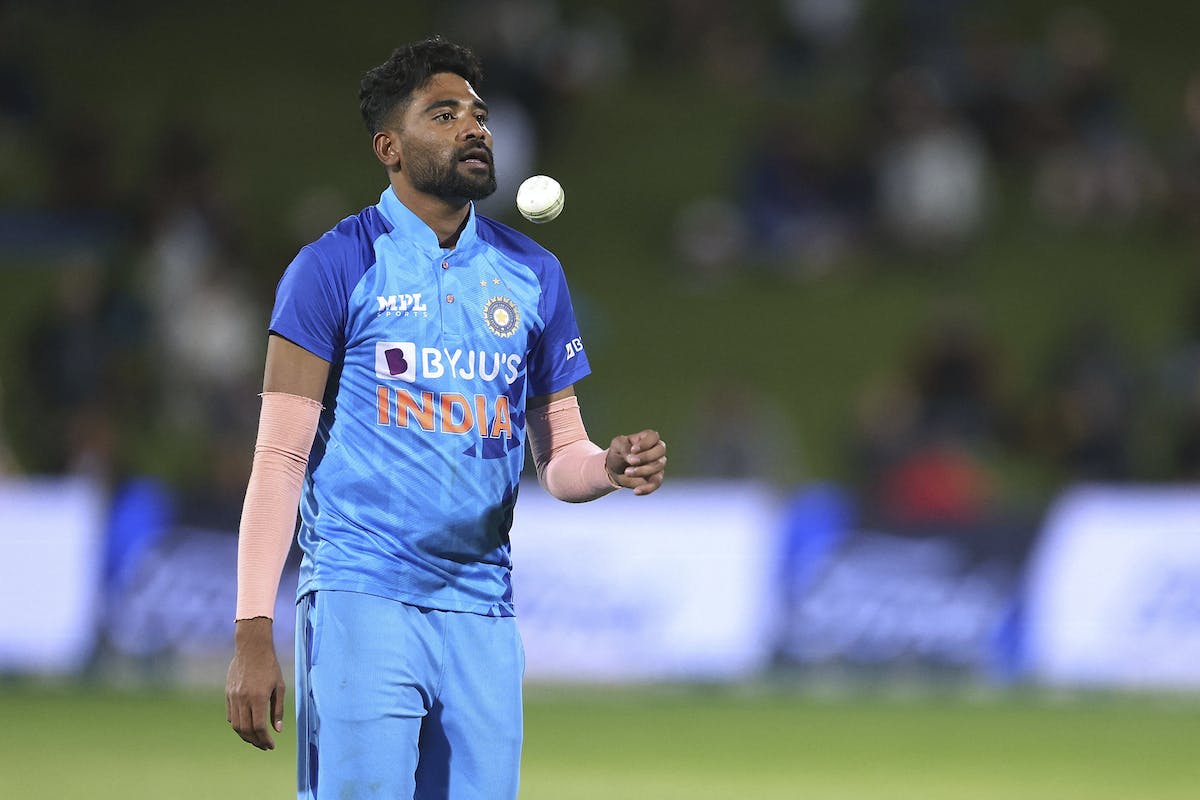 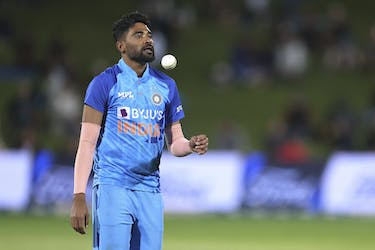 The pacer was India's standout bowler in the T20I series against New Zealand, finishing with six wickets, including a four-for in Napier

India have plenty of seamers in their arsenal. With his performances of late, Arshdeep Singh is one pacer who has ensured that he is India’s most important weapon after Jasprit Bumrah. He is undroppable on current form and the good thing is that he is a long-term option for India. While the experience of Bhuvneshwar Kumar and the prowess of Harshal Patel in the death is something India have banked on in the recent past, in their shadows Mohammed Siraj has put in some performances that one must take notice of.

In the third T20 International (T20I) against New Zealand in Napier, the hosts looked set to get a score in excess of 180 quite easily, with two set batters – Devon Conway and Glenn Phillips – batting well past 50.

India’s achilles heel has been their death bowling. In 2022, they had conceded at 10.3 runs per over in the last five overs, the worst after Bangladesh (10.7) and South Africa (11) before this game. The fact that they let New Zealand score just 31 for 8 from the last five overs in this game is certainly an encouraging sign.

Once Siraj got Phillips and Arshdeep got the wicket of Conway in the next over, suddenly, with 20 balls left, the Blackcaps had two new batters at the crease, which was not ideal given that the track was slow and difficult for new batters to get going, even if they were someone of the stature of Daryl Mitchell and James Neesham.

Siraj kept it simple – he hit the hard length and bowled wide of the wickets so that the batters would have to generate the power on their own if they want to clear the fence. And Mclean Park is one such venue where poor bowling would be punished instantly given the dimensions.

Siraj demonstrated great control in this match and not to forget, he was on the money in the second T20I as well that saw him pick up a couple of wickets again by hitting those lengths, which made it difficult for the batters to get hold of him. 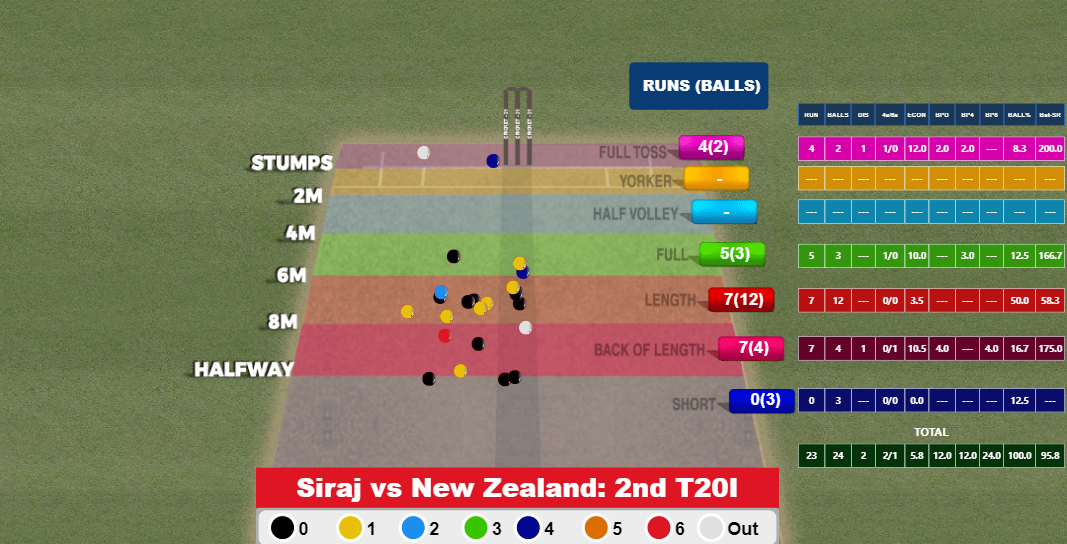 In the two games against New Zealand, Siraj’s figures read 8-1-41-6. While Suryakumar Yadav’s pyrotechnics at the Bay Oval was the talk of the town, Siraj too held his own.

The pacer is usually considered more of a regular in red-ball cricket, especially since his heroics in India’s historic win in Australia, Siraj has quietly gone about his business on white-ball cricket as well, in whatever limited chances he has received. Having made his debut in 2017, he has played just 21 limited-overs and that number is set to go up as India prepare for two more World Cups in the next two years.

Could Siraj have been an ideal replacement for Bumrah in the T20 World Cup? There were murmurs from several quarters that he should have played ahead of Mohammed Shami, but the latter’s performances over the last three Indian Premier League (IPL) seasons could not be ignored. Shami (59) was behind Bumrah (63) in terms of Indian bowlers with most wickets since IPL 2020.

Like Bumrah, he too was looked on as someone who is a genuine wicket-taker, but a combination of injuries and a bout with Covid ensured that he did not give his best in the T20 World Cup, picking up just six wickets. Further depleted in the absence of Bumrah, India had to heavily rely on young Arshdeep, who did his best but was let down by the senior pros at the other end, including Shami and Bhuvi.

Amidst all this muddle, Siraj gives India a fresh option. He has blown hot and cold in white-ball cricket but the 28-year-old is perhaps in the prime of his career. He has shown glimpses of what he can bring to the table in white-ball cricket and it’s safe to say, he has plenty more to offer in the years to come.

There’s little doubt that Deepak Chahar or Shardul Thakur could get the nod, especially in ODI cricket where there is a need to have someone who can bat at eight and that’s where Siraj could miss out.

In T20Is, there has been a debate about whether Bhuvneshwar is in India’s scheme of things for the 2024 T20 World Cup. Siraj could very well be groomed. He can get the ball to move around early on and as he has shown in the last two games, he has been smart enough to alter his line and length to shift the game in his side’s favour. India have been chopping and changing their combination in the recent past and opting for Siraj and maybe persisting with him could do India wonders in the next two years.