Sixers look to bounce back against confident Renegades 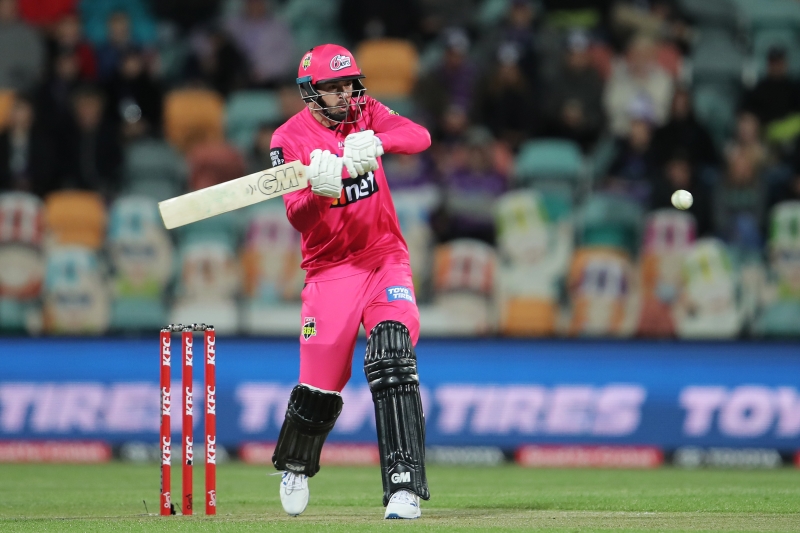 Sixers look to bounce back against confident Renegades

Sydney Sixers and Melbourne Renegades finished as champions and at the bottom of the league table respectively in the 2019/20 edition of the Big Bash League (BBL). Their start to this season, though, has been a contrast to those performances, with the Sixers starting off with a loss against the Hobart Hurricanes on the opening day of BBL 10, while the Renegades began their campaign with a thumping seven-wicket win against the Perth Scorchers on Saturday (December 12).

Things tend to change quickly in cricket and, despite their respective performances last season, it will be the Sixers who need to bounce back while the Renegades will be a confident team heading into this game at the Bellerive Oval in Hobart on Sunday (13 December 2020).

SIXERS NEED TO BE FLEXIBLE WITH BATTING ORDER

Despite Josh Philippe not making much of a contribution, for most of the run-chase against the Hurricanes, the Sixers seemed to be the favourites. That was due to a splendid partnership between James Vince and Jack Edwards.

While they might have lost the game in the end, that stand was very important for the defending champions as they need Vince, as the overseas top-order batsman, to be in good form and there were encouraging signs from Edwards as well. The 20-year-old Australian’s previous highest score in nine BBL innings was just 17, so there’ll be hope that his 47 on Thursday (10 December 2020) will kick-start his T20 career.

There was, of course, some excellent bowling by the Hurricanes in the latter half of the Sixers innings in the BBL 2020/21 opener, but you wonder if Daniel Hughes’ team got their tactics right. Currently, their numbers 4-7 are Hughes, Jordan Silk, Dan Christian and Carlos Brathwaite. While the first two players have a career T20 strike rate of little under 120, the corresponding numbers for Christian and Brathwaite are just above 135. 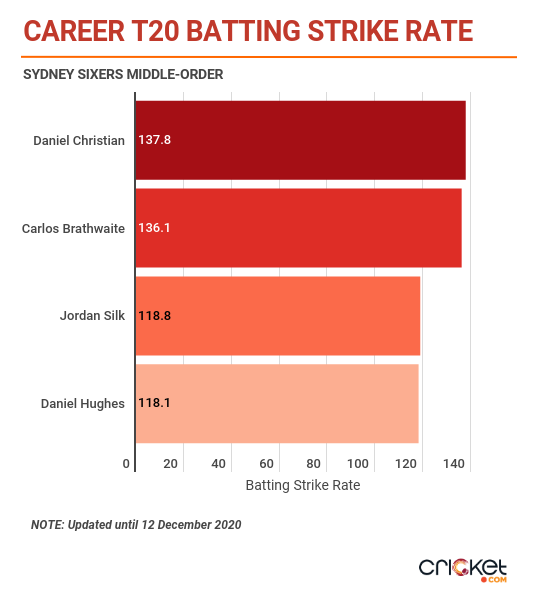 In the last match, they sent Hughes and Silk to bat when the required run-rate was around 10 with just a handful of overs left. That might have cost them the match as the duo weren’t able to get the big hits away and there was too much to do for Christian and Brathwaite at the end. It’s pretty clear that the Sixers will need to be smart with their batting order and flexibility is key. Unless there are early loss of wickets, it’s probably for the best if the big-hitters come out to bat earlier than their original batting positions.

On the bowling front, they conceded 57 runs in the last four overs against the Hurricanes. Mitchell Starc, if he plays at all, will be available only during the very late stages of the tournament and Sean Abbott’s arrival might also be delayed now as he seems to have suffered an injury during Australia A’s practice match against India. So, for now, the Sixers will need improved performances from the likes of Ben Dwarshuis and Christian during the death overs.

FIRST WIN OUT OF THE WAY FOR RENEGADES

Meanwhile, nearly everything seemed to click for the Renegades in their one-sided victory against the Scorchers. From their new-ball pace duo of Josh Lalor and Kane Richardson striking early to their experienced opening pair of Shaun Marsh and Aaron Finch putting on a 70-run stand, albeit with some fortunate moments, it was a top performance from the BBL 8 champions.

The team from Melbourne, after winning the 2018/19 edition, had a forgettable season last time around, winning just three matches in 14. In fact, they lost their first nine games last season. So, this would have come as more than a welcome start for the Finch-led side.

The performance of Lalor would have, especially, been very pleasing for the Renegades. In his first game for the franchise, the 33-year-old picked up three wickets – including two in the first Powerplay – which set the platform for a comfortable victory. If Richardson and him can form a good partnership, then the Renegades are serious contenders for the title, considering they have a solid squad this season.

The Renegades might go with the same team that defeated the Scorchers as Mohammad Nabi and Noor Ahmad are yet to complete their quarantine. They should be available for selection for the following match against the Hurricanes next Saturday (19 December 2020).