Skipper Santner leads the Kiwis to T20 sweep against Dutch 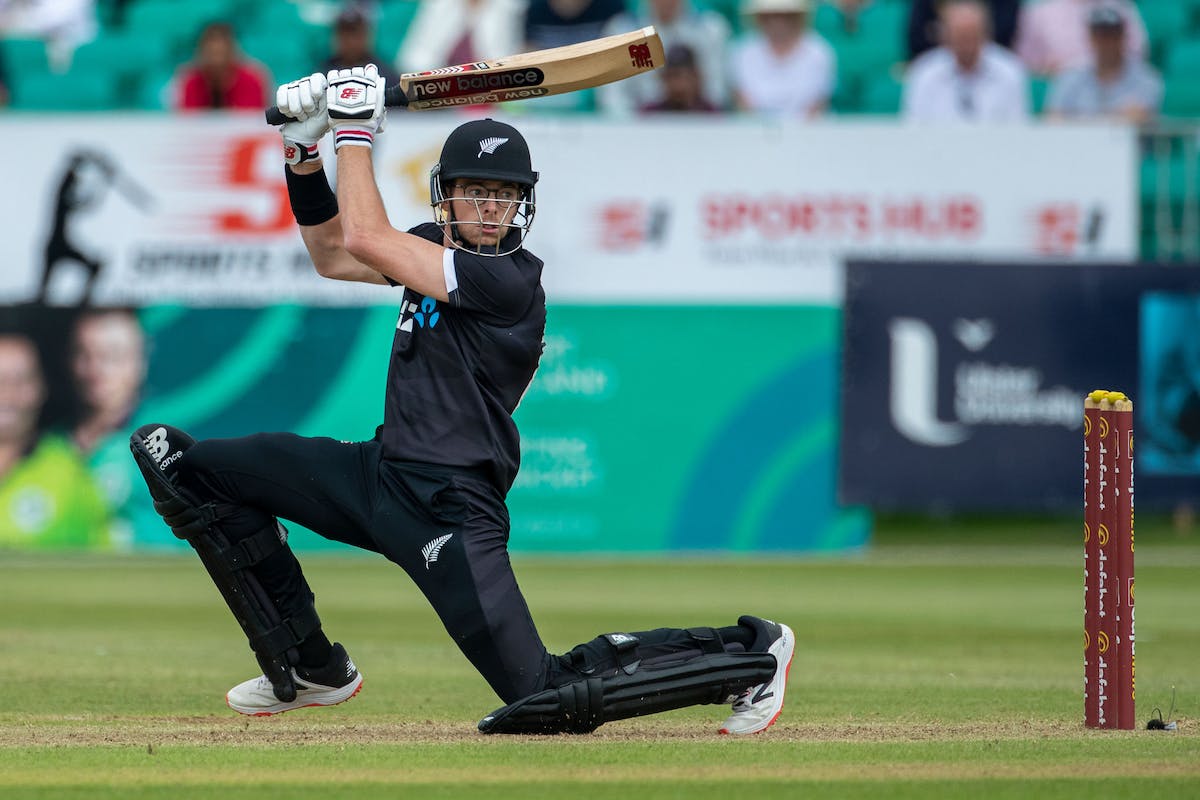 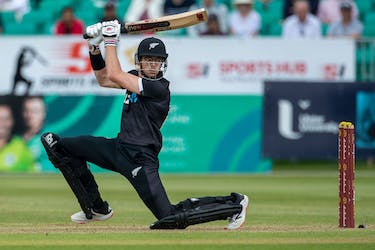 Skipper Santner leads the Kiwis to T20 sweep against Dutch

New Zealand's Mitchell Santner played a captain's innings with a career-best Twenty20 score of 77 not out to steer the Black Caps to a comfortable eight-wicket victory over the Netherlands on Friday.

The win in the final match of New Zealand's European tour allowed Santner's men to claim a clean sweep over Ireland, Scotland and the Netherlands before heading to the West Indies for the first T20 match in Jamaica, scheduled for next Wednesday.

A captain's knock from Mitchell Santner! 👌

Santner was devastating with the bat against a spirited Dutch bowling attack, which saw him smash four sixes and nine fours across the scenic Voorburg Cricket Club grounds outside The Hague. Daryl Mitchell (51 not out) and Santner put on a partnership of 123 runs with the skipper sealing victory in the 14th over with a boundary.

The Dutch had their chances though and their fielding let them down. This included four dropped catches -- two off Santner when Tim Pringle lost the ball on 43 off his own bowling and again on 56.

Back to back fifties for Bas de Leede! 👏

Netherlands put up a fighting total 👊

On the Dutch side, the standout performance again came from rising star Bas de Leede following in the footsteps of his father Tim, another Dutch international cricketer. De Leede smacked an unbeaten 53 off 48 balls as the Netherlands posted a respectable 147-4.

In another solid batting performance on a sluggish wicket, De Leede, who made 66 in Thursday's first T20I, clubbed two sixes and three fours in his 53. Spinner Michael Bracewell posted the best bowling figures for New Zealand with 2-20 in four overs.

The Kiwi bowling attack was less threatening than it had been in Thursday's 16-run victory over the men in orange but still proved difficult to get away. Despite opening with a wide, Bracewell bowled a tight line and, together with pacemen Blair Tickner and Ben Sears, made it hard going for the Dutch batsmen.

But De Leede, 22, dug in and put on 57 for the fourth wicket with the veteran Tom Cooper who made 26 before lofting a drive down the throat of Mitchell at long-off.

Skipper Scott Edwards replaced him and made a bustling 26 not out but he and de Leede could only add 46 in the final 6.3 overs.

"The way we bowled and fielded didn't help to show what a par score was. Against a quality side you can't afford to drop catches," Edwards rued afterwards.