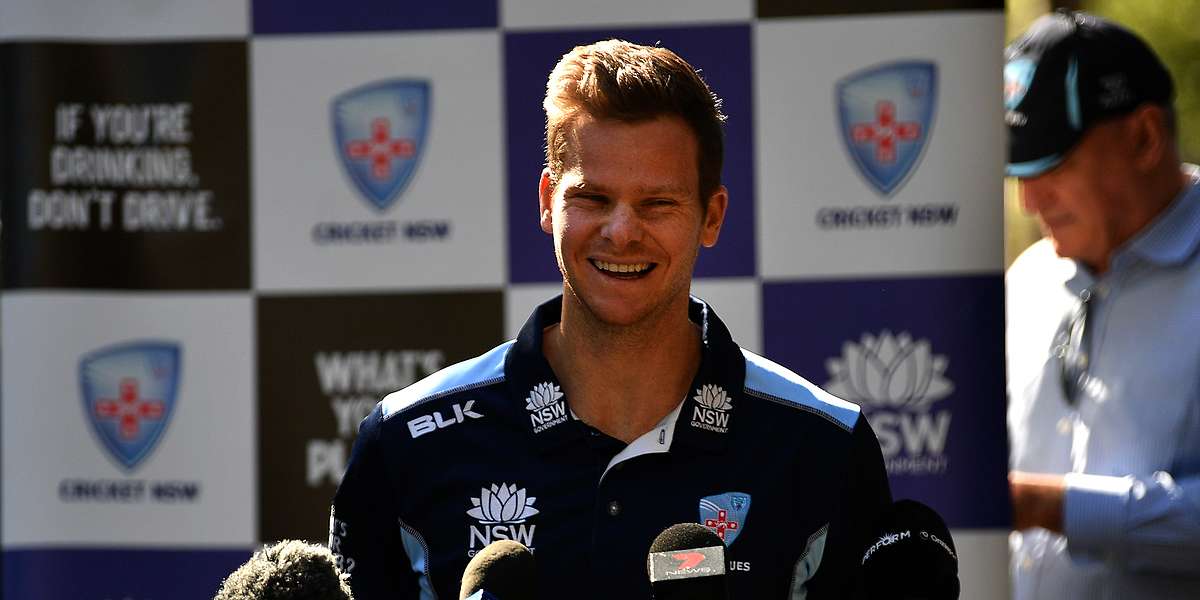 Asked about his comparisons with Virat Kohli, he said, "I admire Virat a lot"

Star batsman Steve Smith says the experience of having played more pink ball games than India would give Australia 'slight advantage' when the two sides clash under floodlights in December but the Virat Kohli-led side has the batsmen to stand up to the challenge.

Cricket Australia last week confirmed that India will tour Down Under for a full tour comprising four Tests, three ODIs and three T20Is. The second Test will be a day-night affair, starting from December 11 in Adelaide.

"We played a few more pink ball games, perhaps, than India which might be a slight advantage," the Aussie star batsman said in a Facebook session, hosted by Sony Sports India.

"India played pretty well in the day-night game they played at Kolkata. It's a different game but they certainly got the batters that can stand up to the conditions when it gets tough with the Pink Ball. And their bowlers, they stand the seam up with quality."

"They are world class players who are able to adapt to anything, so I see it being a pretty amazing contest," he said.

India will first clash with Australia in a T20I series beginning October 11 and then return to defend the Border-Gavaskar Trophy with the opening match at Gabba, where the hosts have tremendous record.

"Our record at Gabba (Brisbane) against anyone, is good to be fair, that is a fortress for us, we wanted to play first Test there for a long period of time," the 30-year-old said.

Smith, one of the world's best Test batsmen, also admired the way the Indian captain goes about chases in white-ball cricket.

"Look at his average in winning chases in one-day cricket. It's phenomenal.

He's so good under pressure and calm. Just gets the job done and unfortunately for an opposition player. You got to admire someone like that and what he has done for Indian cricket."

Asked about his comparisons with the Indian icon, he said, "I admire Virat a lot. He's an amazing player. The way they play the game now, the sheer passion he has for cricket... His body sort of transformed over time. He's so fit, strong and powerful now. Pretty amazing for cricket."

The top-ranked Test batsman hoped there's some solution for bowlers who are likely to be affected by the ICC ban on using saliva to shine the ball.

"For me, even though I'm a batter, I still want to see an even contest between bat and ball. I think that's really important for the game. You don't want to see the ball doing nothing, taking swing bowlers around the world out of play. There needs to be a solution."

"What it is? I've no idea. I'm sure someone will come up with something and we will be able to move forward with our great game and see some quality contests. I don't know the answer right now.

"It's still obviously early days. Wait and see. I"m sure people having discussion in the background and trying to find the right way forward. Hopefully we can get there soon rather than later.

"I probably see more changes coming in. But if you can't put saliva on the ball and shine it up, I guess it's a disadvantage for bowlers in a way," he concluded.