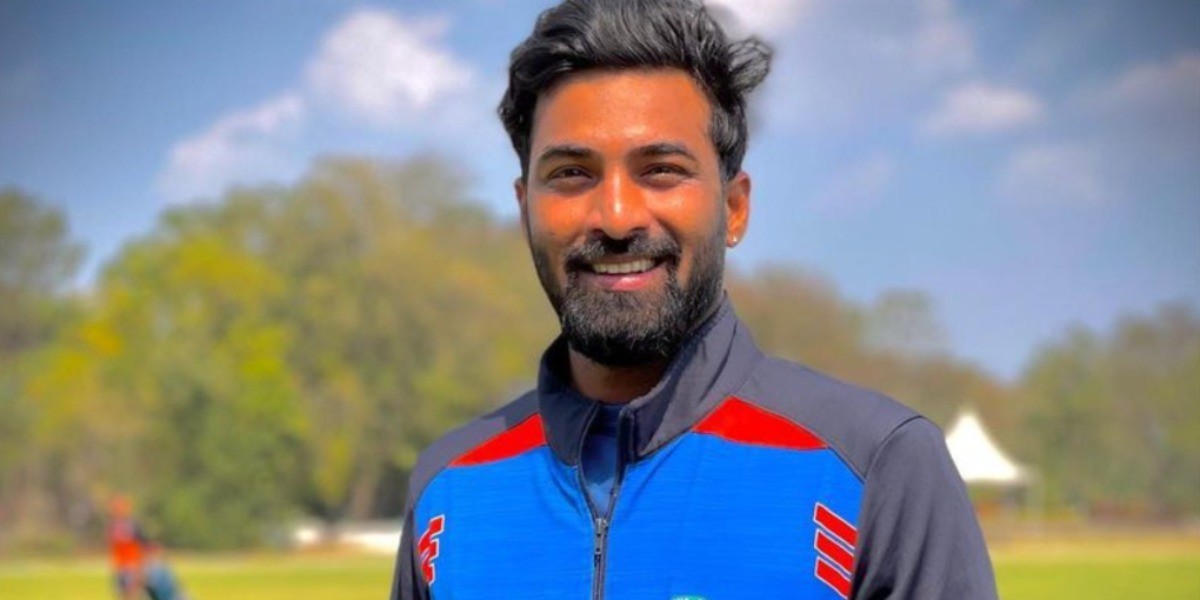 While many saw glimpses of his talent during the IPL, there were some other unknown names as well who put up a great performance

The conclusion of SMAT 2021-22 with a final-ball six from Shahrukh Khan was a perfect summary of the action packed tournament. While many saw glimpses of his talent during the IPL, there were some other unknown names as well who put up a great performance in the domestic season.

We take you through the performances of these cricketers in the SMAT season.

Darshan Nalkande led the bowling attack for Vidarbha with all his valour. The right-arm pacer consistently found himself amongst the wickets with a total of 13 scalps to finish the tournament. His 5/9 against Arunachal Pradesh was the third best bowling figures in the tournament.

In the semi-final game against Karnataka, the 23-year old not only picked a hat-trick but got wickets on four consecutive deliveries. Nalkande's bowling average stood at 11.76 with an economy just under six runs per over.

The Saurashtra batsman finished with an aggregate of 271 runs and was the leading run-scorer for his side. Jackson scored four fifties at a healthy average of 67.75 in six innings. Even his strike rate was a solid 141.88. Surprisingly, the wicket-keeper batter started his tournament with a duck but ended up dominating the season.

A multi-dimensional bowler who can bowl both right-arm off-spin and left-arm orthodox, Akshay Karnewar picked a total of 13 wickets and was the best bowler for Vidarbha in the season. The 29-year-old also picked a hat-trick against Sikkim to finish with 4/5, his best bowling figures in the tournament.

His overall economy rate of 4.34 wasn't the only striking feature. In the game against Manipur, Karnewar didn't concede a single run in his four-over spell. His figures were an astonishing 4-4-0-2.

Hailing from Andhra Pradesh, Ashwin Hebbar was amongst the top run-scorers in this year's SMAT with 279 runs. The right-hander had an average of 93, which was the highest for any batter with more than 200 runs. The 26-year old went on to smash the first ton of the season. His unbeaten 103* from just 53 balls came against a Haryana bowling attack that had Yuzvendra Chahal, Harshal Patel and Mohit Sharma.

Atharva Taide was the architect behind Vidarbha's strong show in this year's SMAT. The southpaw registered 270 runs which was the highest aggregate for a Vidarbha player this season. Moreover, the 21-year old also averaged 54 and stayed unbeaten on two occasions.

Atharva even went on to contribute with his left-arm orthodox spin, picking five wickets. His economy rate of 2.72 and bowling average of 6 was the best for any player who bowled more than ten overs in this SMAT season.

With 334 runs, Tanmay Agarwal was the leading run-scorer in this year's SMAT. Being the only cricketer to cross the 300-run mark this season, he scored four half-centuries for Hyderabad in seven innings. Tanmay amassed runs at a massive strike rate of 148.44 and an average of 55.66.

The Delhi off-spinner finished the SMAT season with ten wickets in five games. Vashisht also picked a five-wicket haul against Uttarakhand. His bowling strike rate of 7.8 was the best for anyone who bowled a maximum of ten overs.

Kishan Lyngdoh had a decent run with the bat scoring 247 runs. At an average of 61.75, the top-order batter hit three half-centuries in the season. He was the highest run-scorer for Meghalaya this season.

Batting at number five for Vidarbha, Jitesh Sharma was quite consistent in getting the quick runs for Vidarbha. The right-handed batter who can also keep, scored 214 runs at an average of 53.50 in seven innings.

His strike rate of 235.16 was the highest for any batter who scored above 100 runs in the season. Jitesh also hit a total of 19 sixes which was the most in this year's SMAT. The 28-year old registered a highest score of 71* (31) against Manipur. 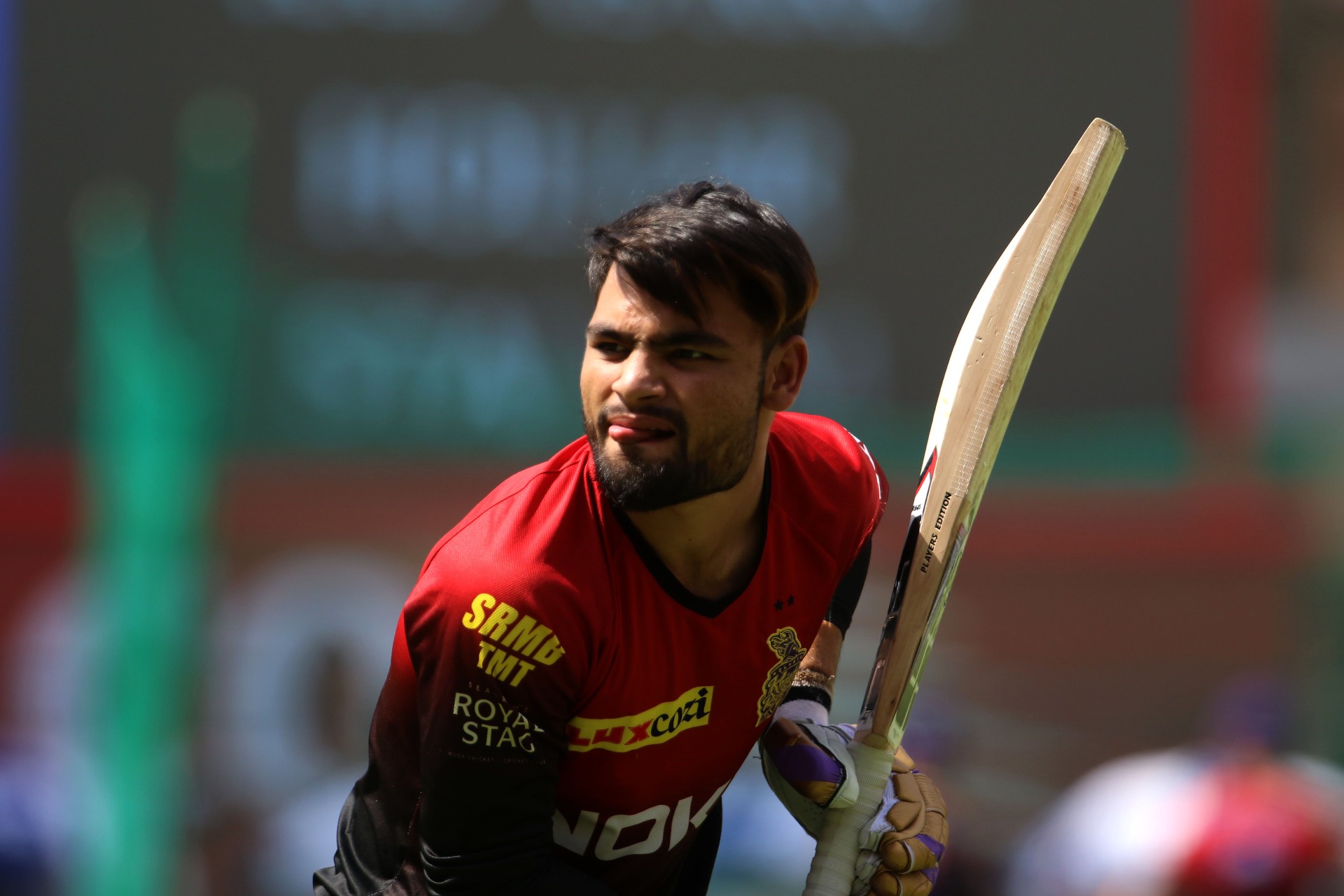 While Uttar Pradesh didn't have a memorable SMAT season, Rinku Singh continued to shine with 187 runs. His average was a fabulous 93.50 as Rinku stayed unbeaten on three out of five occasions. His strike rate was also an impressive 146, batting at the lower order.

Finishing with 18 scalps in seven innings, Chama Milind ended up as the highest wicket-taker. While his economy was a bit on the higher side, Milind's bowling strike rate was an impressive 8.2 in the season.

The left-arm pacer became the first player to pick two fifers in a single edition of SMAT. The Hyderabadi bowler had figures of 5/8 against Uttar Pradesh and 5/16 against Uttarakhand. His consistency with the ball meant Hyderabad won all their five league games.

With 14 wickets in five innings, CV Stephen ended up as the second highest wicket-taker in the season. The left-arm pacer from Andhra Pradesh bowled at an average of 8.57 and conceded at just above six runs per over. He ended up picking a wicket in every game he played.

Tripura's Amit Ali turned out to be a bright prospect with the ball. At an average of 8.09, the leg-spinner picked 11 wickets. The 19-year old also had a splendid economy rate of 4.68 in five games.