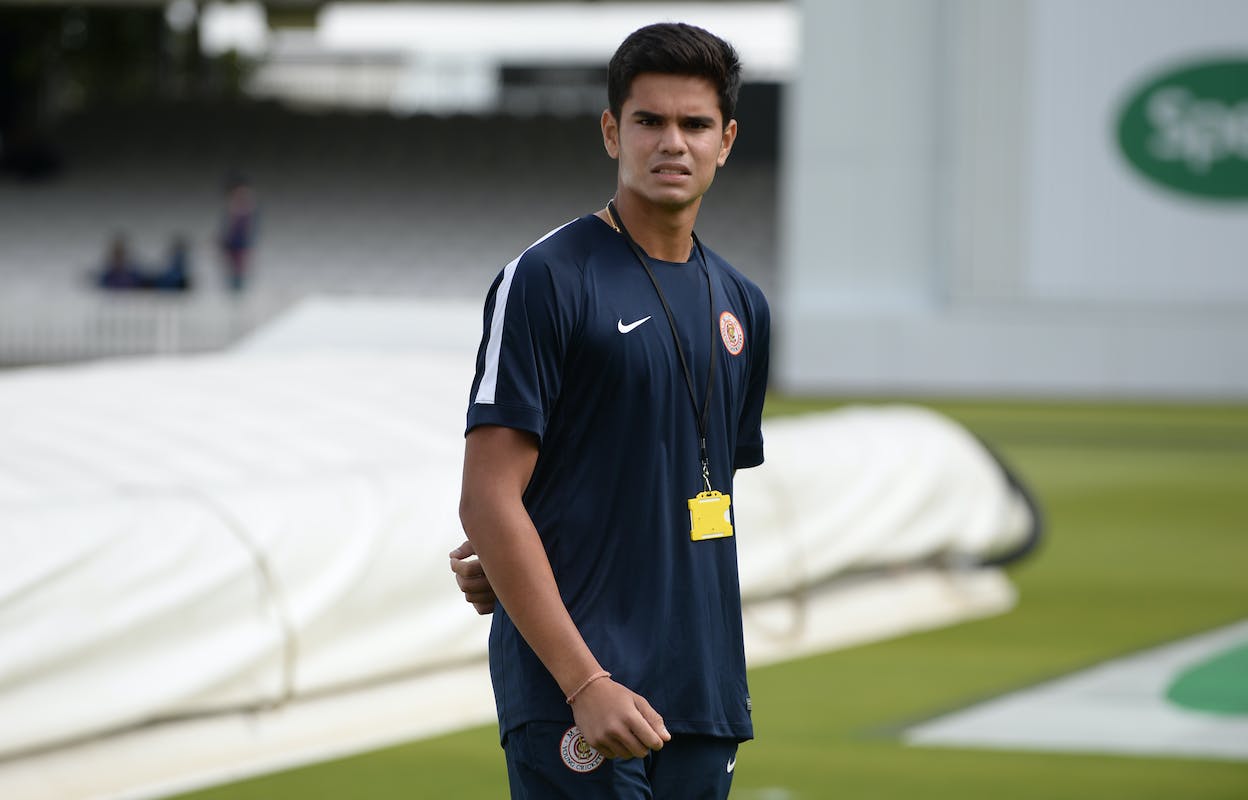 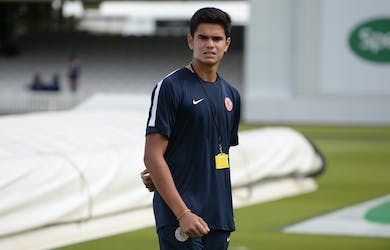 It was a show befitting one of the finest young talents in the country. It continues to baffle how Prithvi Shaw still doesn’t have a regular national cap lying on his table for now. Against Assam, the Mumbai skipper slammed a 61-ball 134, laced with 13 fours and 9 sixes, to guide Mumbai to a humongous total of 230/3/. In the run-chase, Tushar Deshpande immediately struck and didn’t give Assam any chance to have a crack. The Eastern Indian side did well to hang around to get to 169 and ended up losing by 61 runs. With two wins from two games, Mumbai are currently topping the Group A.

Batting at No.4, Punjab Kings’ Jitesh Sharma stole the show for Vidarbha against Mizoram as the wicket-keeper batter struck a swashbuckling 19-ball 43 that propelled his side to 192. Jitesh’s cameo featured as many as five sixes. In response, all Mizoram could manage was 78/6 off their 20 overs. Veteran Shreevats Goswami (48* off 56) was the only Mizoram batter that passed the 15-run mark.

Fresh off his time with the Indian senior side, Mukesh Kumar impressed in his first SMAT appearance of the season, taking 3/12 as he starred in Bengal’s dismantling of Odisha. On the back of three-fers from Mukesh Kumar and Writtick Chatterjee (3/22), Bengal bowled out for 86 before knocking the target off with 5 overs to spare. Barring the aforementioned two, skipper Abhimanyu Easwaran (37*) and Shahbaz Ahmed (0/22 off 4) enjoyed fine outings.

Mahipal Lomror’s patient fifty (50 off 44) was among the notable individual performances in the clash between Rajasthan and Railways, in which the latter was edged by the Ashok Menaria-led side by 8 runs. Rajasthan, thanks to Lomror’s fifty, posted 167 on the board, and the target was successfully defended by the very strong bowling attack that featured Aniket Choudhary (3/25 off 4), Khaleel Ahmed (2/31 off 4), Ravi Bishnoi (1/28 off 4), Kamlesh Nagarkoti (1/45 off 4) and Rahul Chahar (0/27 off 4).

Hyderabad registered a 37-run victory over Goa, but the night belonged to one man and one man only: Arjun Tendulkar. In his third ever match for Goa, the left-arm seamer stole the show, finishing with astonishing figures of 4-1-10-4 in an innings which saw Hyderabad post 177. One of Tendulkar’s four scalps was Mumbai Indians’ Tilak Varma, who himself played a fine hand (62 off 46). The youngster’s effort went in vain, however, as Goa were bowled out for 140. Among the disappointments with the bat for Goa was Suyash Prabhudessai, who amassed 12 off 16 balls.

Krunal and Aaron impress, but Gujarat overcome Baroda in a thriller

Krunal Pandya (57 off 38) and Varun Aaron (4-0-2-16) had field outings with the bat and ball respectively, but it wasn’t enough on the night for Baroda, who slipped to defeat against Gujarat. Batting first, Baroda were bowled out for 153, Arzan Nagwaswalla (2/24) and Roosh Kalaria (1/25) impressing with the ball for Gujarat.

The Priyank Panchal-led side struggled a lot in response, but got home in the very final ball, with Kalaria hitting a boundary off Ninad Rathva with Baroda needing two off the final ball. Rathva had bowled a stupendous final over till then, taking three wickets and conceding no runs off the first five balls, but the 23-year-old couldn’t pull off a heist, with Kalaria and Gujarat having the last laugh.

In response, M.P could only manage 144 off their 20 overs. Rajat Patidar (23 off 13) and V Iyer (42 off 29) both struck a few lusty blows, but it wasn’t enough on the day as Uttarakhand stormed to a famous victory.

Maharashtra edged Jammu & Kashmir in a thriller, and it was a contest in which several big names shone. For JK, Abdul Samad hit a 33-ball 55 that propelled the side to a healthy 175/5. Young Rajvardhan Hangargekar was the pick of the seamers for Maharashtra, the 19-year-old picking 2/28 off his 4 overs. In the chase, skipper Ruturaj Gaikwad (12 off 16) failed for Maharashtra, but a trademark fifty from Rahul Tripathi (59 off 32 balls) took the team over the line.

The most notable individual performance in the game, however, came from Umran Malik, who registered figures of 4/27 off his 4 overs. Umran, notably, accounted for the wicket of Gaikwad.

Sidharth Kaul and Mayank Markande snapped up five wickets between them as Punjab got the better of Tripura by nine wickets. Having the Bengal duo of Wriddhiman Saha and Sudip Chaterjee in their arsenal, Tripura would have hoped to get a dazzling start to the powerplay but Punjab’s discipline nipped that in the bud. No.8 batter Deepak Khatri helped restore some sanity in the death overs, by scoring an unbeaten 25 off 14 balls, but that was never going to be enough. The target of 120 runs was chased down smoothly with Prabhsimran Singh taking the onus on himself to score a 43-ball 57. Abhishek Sharma and Pankaj Mann provided required support as the Mandeep Singh-led side cantered home with nine wickets to spare.

Meghalaya no match for Karnataka

Karnataka bowlers had a field day against Meghalaya before crushing them by nine wickets at the PCA Ground, Mullanpur. None of the Meghalaya batters could sustain the kind of impact that the duo of V Vyshak and Vidwath Kaverappa had with the ball early on, folding up like a pack of cards for a mere total of 89 runs. A target of 90 runs was never going to bother the Mayank Agarwal-led side as the skipper partnered with his predecessor Manish Pandey to ensure the target was met within 61 balls. After Kerala and Haryana won both of their matches, the win has helped Karnataka bridge the gap.