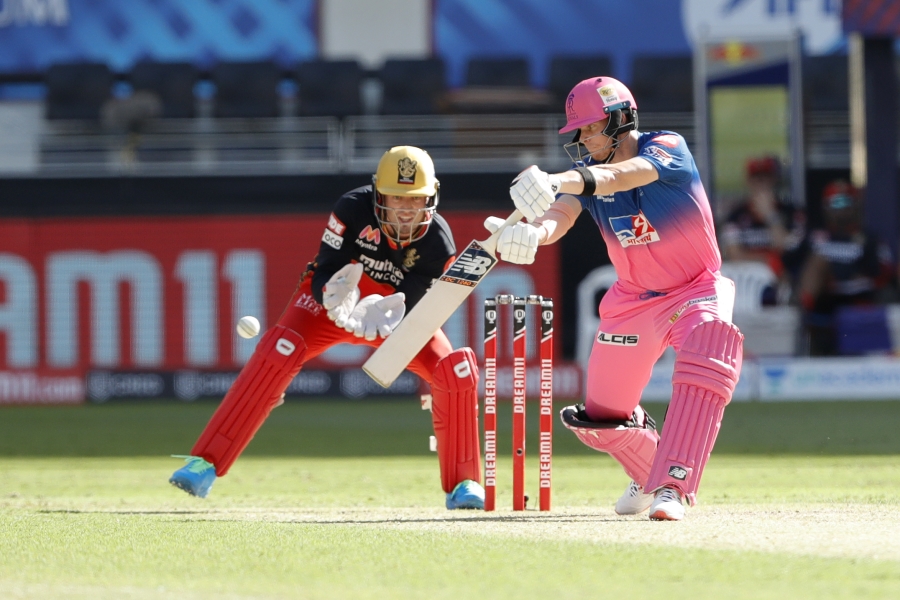 Rajasthan Royals (RR) skipper Steven Smith was pleased with the batting effort that steered the team to an eight-wicket win over defending champions Mumbai Indians (MI) but felt the death bowling and overall fielding left a lot to be desired. Riding on Ben Stokes' 107 off 60 balls, Rajasthan chased a stiff 196-run target with 10 balls to spare to stay afloat in the tournament. Sanju Samson also chipped in with an equally aggressive 54 not out.

Sanju Samson too chipped in with an equally aggressive 54 not out. "We were a bit disappointed with our end to the bowling, we dropped another catch, our fielding hasn't been probably as good as we like, but that dropped catch was probably 45 runs swing in the end," he said in the post-match press conference.

"I thought our bowlers really did a good job through the middle, were taking wickets and then at the end after that dropped catch, Hardik (Pandya) just went berserk and seemed like every ball was going over the rope, so wasn't an ideal finish," he added.

Smith was, however, effusive in his praise for Stokes and Samson. "I thought we started with good intent, Stokes was magnificent from the outset tonight and he took the game on, played really good cricketing shots and hit the ball hard into gaps," Smith said.

"He (Stokes) always prepares well. He was suffering in a couple of games with a sore back, which is never good in T20 cricket, when you are trying to hit the ball hard."

According to Smith, their batting was sensational and the partnership between Samson and Stokes was magnificent. The skipper said that bowlers need to show consistency and support Jofra Archer, who is performing quite well. "It's been challenging. Jofra has been magnificent for us in every game and bowling beautifully, we just need a bit more consistency from other guys around, trying to help him out," he said.

"Our spinners have done a good job through the middle. (Kartik) Tyagi has been good for us and the other guys around just need to keep coming with good plans and backing their execution," he signed off.