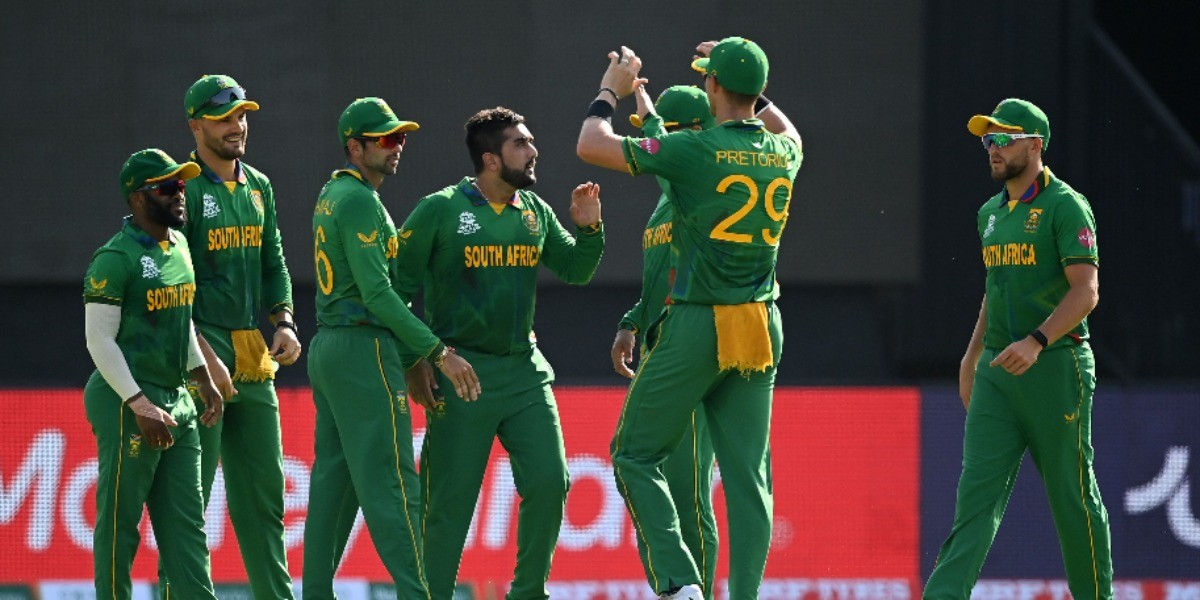 Pacers Kagiso Rabada (3-20) and Anrich Nortje (3-8) were sensational with the ball while captain Temba Bavuma led with an unbeaten 31 off 28 balls, as South Africa beat Bangladesh by six wickets in the T20 World Cup match at the Sheikh Zayed Stadium in Abu Dhabi. The Proteas closed in on the one remaining semi-final spot as they improved their Net Run Rate to +0.742 which is higher than third-placed Australia's -0.627.

After being put in to bat by Temba Bavuma, Bangladesh's top-order were unable to deal with the swing and bounce of South African pacers. Rabada set the tone for the remainder of the innings when he dismissed opener Mohammad Naim and Soumya Sarkar off consecutive deliveries in the fourth over.

In his next over, the pacer removed Mushfiqur Rahim for a duck while Anrich Nortje dismissed captain Mahmudullah for three runs in the eighth over. Soon enough, Bangladesh were reeling at 34/5 in 8.1 overs when Dwayne Pretorius bowled Afif Hossain for a duck.

Opener Liton Das was the lone fighter at the top with a 36-ball 24 before Tabraiz Shamsi trapped him leg before in the 12th over. The left-arm spinner then sent back Shamim Hossain (11) in the 16th over to pile more misery on Bangladesh.

Mahedi Hasan (27 off 25 balls) added two boundaries and the lone six of the innings before returning a catch to Nortje, who dismissed last man Nasum Ahmed for a hit-wicket. Bangladesh were reduced to 84 all out within 18.2 overs.

Chasing a small total on a quick surface, South Africa suffered an early blow when pacer Taskin Ahmed removed Reeza Hendricks leg before in the first over. Quinton de Kock (16) was the next to follow as when he misjudged a flighted ball from Mahedi Hasan that crashed through his gate. Taskin (2-18) then produced a beauty when he got a good length ball to nip back in to Aiden Markram who edged it to the first slip fielder.

With his team struggling at 33-3, captain Temba Bavuma combined with Rassie van der Dussen (22 off 27 balls) for a 47-run stand for the fourth wicket. With just five runs to win, Van der Dussen was dismissed by a brilliant catch by Shoriful Islam off Nasum Ahmed, before David Miller and Bavuma added the finishing touch in the 14th over.

The defeat confirmed Bangladesh's exit from the tournament who remain bottom of the table with four defeats in a row. The Tigers will next face Australia in their final match of the tournament on Thursday at Dubai.

South Africa will face off against in-form England in their final group encounter on Saturday at Dubai. 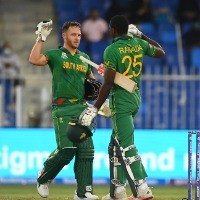 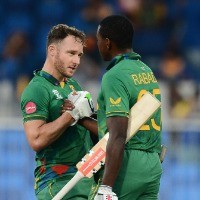