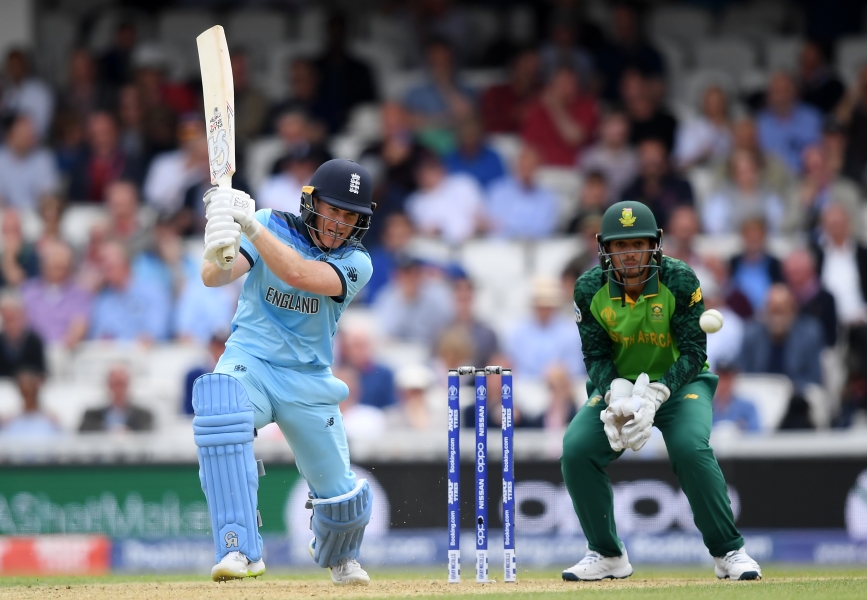 Here are a few tips that might help you to build your fantasy team for the second ODI between South Africa and England, in Cape Town

Cricket seems to be the last thing on the players’ and the administrators’ minds as both teams have been hit by COVID-19. While the first ODI was first postponed to Sunday (December 6) due to one South Africa player testing positive for the virus, it was abandoned as a couple of members of England’s touring party then returned unconfirmed positive tests.

England completed a comprehensive 3-0 whitewash over South Africa in the T20 International (T20I) series to go top of the ICC T20I rankings. The ODI champions would want to continue their run in the ODI series as well, with a slightly weaker side in the absence of Jofra Archer and Ben Stokes, who have been rested.

England have had the upper hand in recent matches over South Africa as well, winning three out of the five completed ODI matches. However, overall it is the Proteas with a slight advantage, having won 30 out of the 63 ODIs between the two sides. 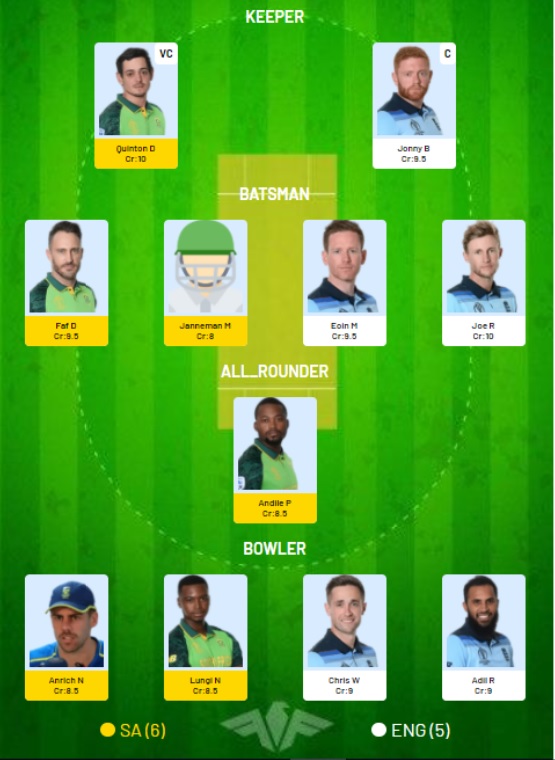 The average score batting first in Newlands is a meagre 241 in ODIs since 2019 and not surprisingly, it is the fast bowlers who have dominated proceedings. Pacers have struck once every 35.6 runs, 41.4 balls apart. Spinners have been a tad economical but have struck 66.7 runs and 79.4 balls apart.

Moreover, the quicks have picked up over 78 percent of the wickets here in ODIs since 2019 which makes a further case for you to stock your team with them. Both England and South Africa are certainly not short of options on that front.

At the same time, it Newlands has been one of the better wickets to bat at in South Africa given that the batting average (36.8) here is the best after Kingsmead, Durban in ODIs since 2018. 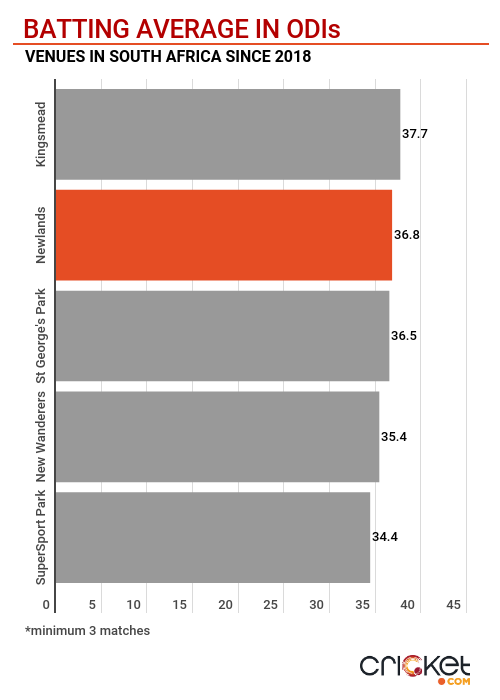 Jonny Bairstow is England’s leading run-getter since the 2019 World Cup and despite a below-par IPL, he found form in the T20I series in which he scored an unbeaten 86 in the second game in Cape Town. Bairstow will be entrusted to get England off to a flying start, more so, as his opening partner Jason Roy does not seem to have found his touch, scoring just 30 runs across three innings in the T20Is. Bairstow has a strike-rate of 100 since England were crowned champions last year, having hit two fifties and one century in eight innings since then.

Adil Rashid has picked up the most wickets for England in ODIs since the 2019 World Cup final and could cause South Africa some trouble even in this game. In this period, Rashid has picked up 12 wickets at 30.2, picking up a wicket every 33.7 deliveries. His economy rate of 5.4 too is quite acceptable. He may have gone wicketless in both the T20Is in Cape Town, but he could surely spring a web around South Africa’s batsmen, who are collectively a tad inexperienced.

Lungi Ngidi bounced back extremely well during the backend of the IPL, but once again was taken for runs in the T20I series against England. However, when it comes to the ODI format, Ngidi like Rashid has picked up 12 scalps since the 2019 World Cup final and has done so at a better average (16.1), strike-rate (17) but has conceded at 5.7 runs an over. If he continues his form in the 50-over format, the Proteas are sure to make a match of this.

It would be naïve not to include Quinton de Kock in your team, given his prowess with the bat early on and his clean wicketkeeping abilities. De Kock got off to starts in all three T20Is, but despite reaching 30 on two occasions, could not kick on to make a significant contribution. De Kock has scored 228 runs at 38 in ODIs so far this year, which includes a fifty and a hundred in six innings. The South Africa captain will surely have a thing or two to prove in this match as he comes up against the world champions.