Squad we’ve picked for T20WC has got all bases covered: Rahul Dravid 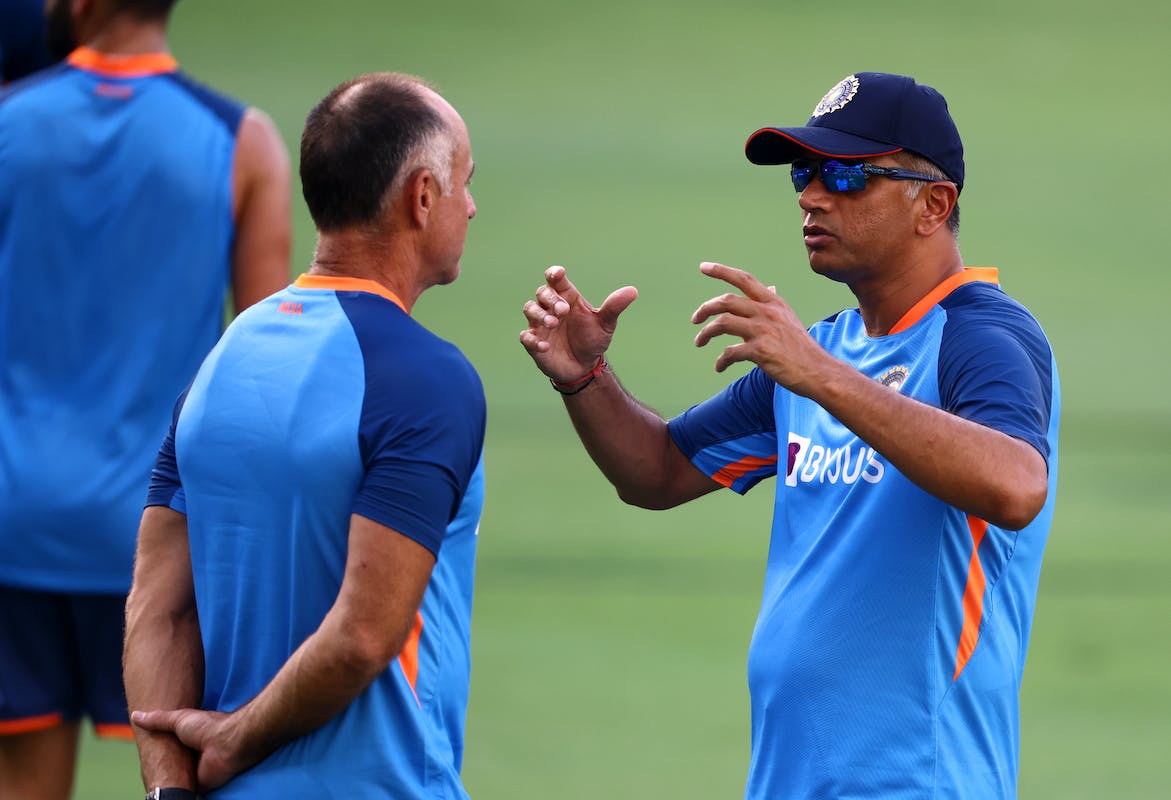 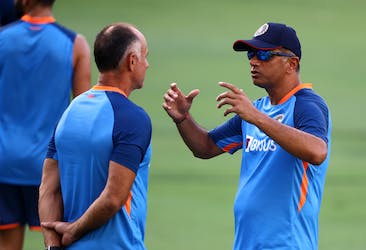 Squad we’ve picked for T20WC has got all bases covered: Rahul Dravid

‘Within the group, we’ve been very clear about the kind of combinations we want,’ the head coach said

Team India head coach Rahul Dravid stated that the side does not have a designated ‘best XI’, but made it clear that the squad of fifteen that’s been picked to go to Australia has got all bases covered.

Injuries and uncertainties over certain spots have raised a question mark over what India’s strongest XI is, for the T20 World Cup next month, and the necessity to manage players’ workload has also meant that the management have been unable to play a full-strength XI ahead of the showpiece event. It is in stark contrast to several other sides in the competition, who pretty much have already zeroed-in on what their best combination is.

But when pressed about the ‘best XI’ topic, Dravid, on the eve of the second T20I against South Africa, said that the management have tended to not focus on the strongest XI per se, but merely on having a squad that’s fully equipped. And the fifteen that’s been picked for the World Cup next month, he said, has got all bases covered.

“For me that is very important: the kind of squad we pick for the World Cup. Different kinds of bowlers, different kinds of batting skills, Without going into too much detail, we’ve always been very clear about it.

“To a large extent, we managed to get everything (right). Not everything will be perfect, but I would like to say that in terms of the skill in the squad, everyone being fit, we’re quite comfortable that we’ve got all the skills that will allow us to play different combinations and different kinds of XI based on the different kinds of wickets and opposition.”

The India head coach said that, in a competition like the World Cup where a team will have to play in a host of different venues against multiple opponents, it is imperative to possess flexibility and versatility in the squad.

“I think that’s really important in a tournament like the World Cup where you play in a host of different venues, and also against different opposition. So you really need that versatility and flexibility in your squad that allows you to change up things against a particular opposition.”

Dravid took over as the head coach of the Indian side post the T20 World Cup last year, and in many ways, the 49-year-old has been really unlucky, for he’s overseen a ton of injuries. India have already lost Ravindra Jadeja for the World Cup due to a knee injury and are now at the risk of losing arguably their most important player, Jasprit Bumrah. Deepak Chahar and Harshal Patel have recovered now but not too long ago, the pair were on the sidelines, recovering from injuries.

Many have thus felt that the Men in Blue have been cursed when it comes to injuries, but Dravid refused to play victim. The head coach described injuries as ‘part and parcel of sport’ and said that all the team can do is ensure they try and minimize injuries by working closely with the sports science team, something Dravid said the team has already been doing.

“Injuries are part and parcel of the game. We’re not the only team that suffers from injuries. Yes, when they happen closer to big tournaments, they can upset your plans a little bit. Everyone is trying to make an effort to minimize the injuries as much as possible. We really work hard with our sports science team. Even with the NCA, we work with them, take their advice and do the best we can.

“But in spite of that, I don’t think there’s a team in the world that can say they have no injuries. So it’s a part of the game. When you play a lot, people are going to get injured; that’s just the nature of it. The more you can control injuries, the better it is for you,” Dravid said.

Dravid’s tenure, to an extent, has been synonymous with changes, experiments and rests. Even in the ongoing South Africa series, the Men in Blue do not have the services of Bhuvneshwar Kumar and Hardik Pandya, who have been rested in order to manage workload.

Criticism has often hence come the way of the 49-year-old, for chopping and changing excessively, but Dravid defended the same by claiming that it is unrealistic to expect the management to play the same XI over and over again.

“It is a bit unrealistic to expect us to keep playing the same guys over and over again. I think some of the changes or experiments are sometimes forced upon you. For instance, the reason why we didn’t play Bumrah in the last game was not because we were experimenting; it was because he got injured. Sometimes we’ve got to give people a workload break,” Dravid said.

Dravid further, pointing to the example of the South Africa series in June where India played the same XI in all games, said that he’s stuck in a lose-lose situation but insisted that communication has been crystal clear internally. The players, he said, have utmost clarity about the personnel changes made and the reason behind the same.

“When we played the same XI five matches in a row against South Africa in June, people were saying ‘why don’t they change the XI.’ We can’t win either way (lose-lose situation). Whatever we do, people are going to say that. Within the group, however, we’ve been very confident about what we’ve been doing.

“It doesn’t seem very apparent from the outside but there are a lot of things people on the outside wouldn’t know - what are the niggles certain players are having, how we need to manage players etc. There are many things that go into this. But within the group, the communication has been very good. Players have been given clarity about why certain things have been happening.”