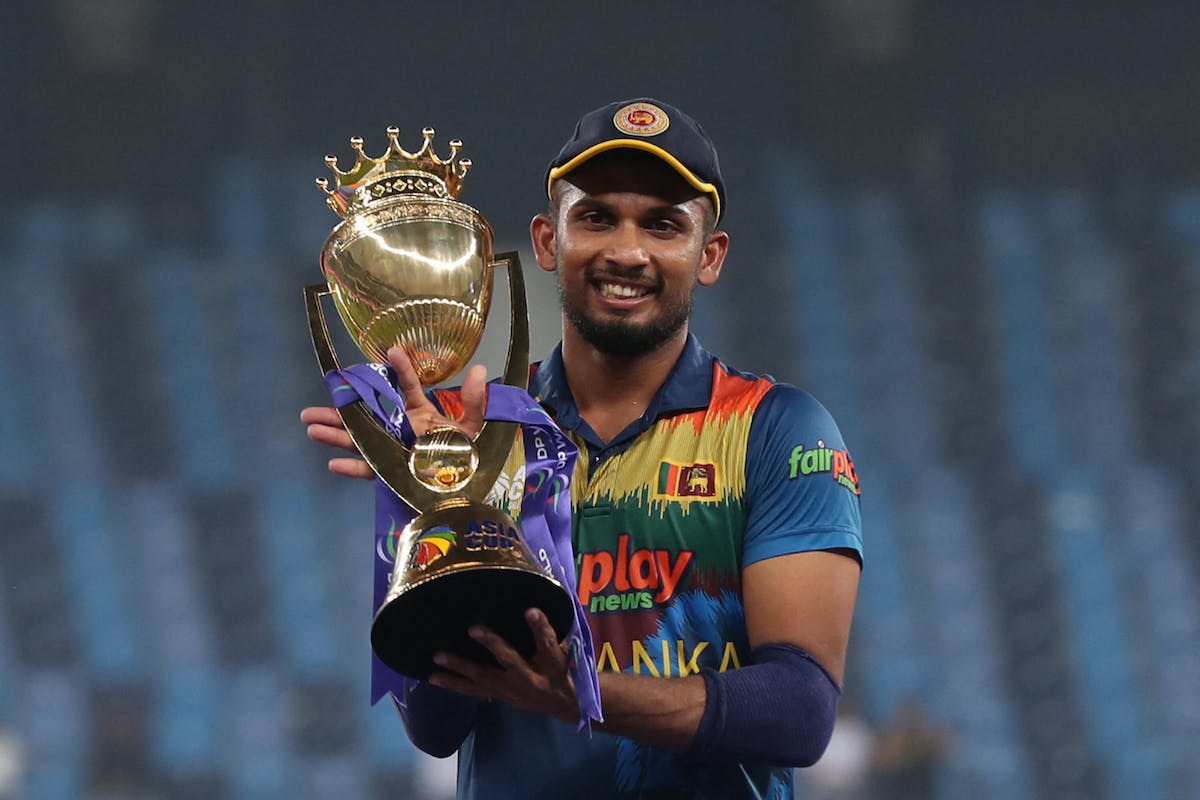 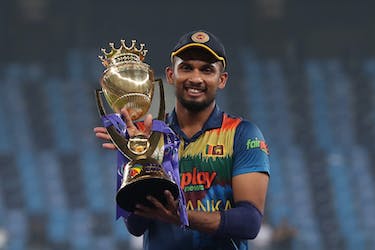 It’ll probably take a fair bit of time for the Sri Lankan players to realize what they’ve just achieved. Given the turnaround time between the Asia Cup and the T20 World Cup is negligible, there’s a good chance that most players might not realize the magnitude of their achievement until after two months. For some, this victory might take even longer to sink in.

But eventually, one day, it’ll hit. And that will be the day each and every individual part of this triumph will go, “wait, what the f*** did we actually do? WHAT?”.

Forget the obvious underdog story. Sri Lanka are the champions of Asia and they’ve got to the crown by beating the Top 2 sides in the world not once, not twice, but thrice — consecutively. Purely accomplishment wise, this is right up there as one of the most remarkable triumphs in the sport’s recent history.

Now factor-in the other gazillion things, there’s a good case to label this Asia Cup victory of Sri Lanka as one of the most stupendous achievements in cricket this entire century.

Dasun Shanaka’s side entered the competition as the eighth-ranked side in the world and were seen as the second most unlikely team to lift the trophy, behind Bangladesh. On the very first day of the tournament they were humbled by Afghanistan, and 28 overs into their second group game, they were staring at a first-round exit. At this point few backed them to make it to the Super Four, let alone go all the way.

That they’ve ended up as champions, especially having gotten through India and Pakistan, is almost unfathomable.

The stuff of dreams, you say? This is it. Right here. 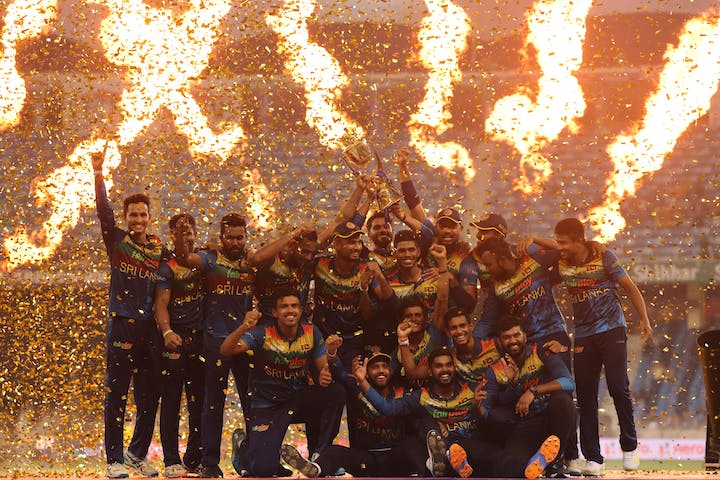 53 balls into the contest, when Sri Lanka — inserted into bat for the first time since the Afghanistan clash — were reduced to 58/5, it looked certain that the fairytale was going to end.

You just don’t recover from such a slump in Dubai. Not while batting first.

That’s what history said. But on the night, Shanaka’s side were out to prove a point: that they were there to rewrite history.

And so they did.

Ultimately, it came down to the fact that Shanaka’s side played fearless cricket, driven by their ambition, hunger and self-belief. On the night, Sri Lanka looked like they wanted to win at all costs. Pakistan, in comparison, played like a side that was too afraid to lose.

Nothing highlighted this as much as the two sides’ contrasting approach with the bat.

The ball was hooping around early on and Sri Lanka lost Kusal Mendis on the very third ball, but that didn't stop Dhananjaya de Silva from emphatically taking on the seamers. Even at 58/5, Sri Lanka took the attack to the bowlers.

The first ball Wanindu Hasaranga faced — i.e. the very next ball post Shanaka’s dismissal — was a dab to the third-man boundary. Along with Rajapaksa he did not let the Pakistan bowlers settle or get through overs cheaply, the Lankans remarkably managing 50 runs in overs 10-15 despite having lost half the side. They simply refused to budge. 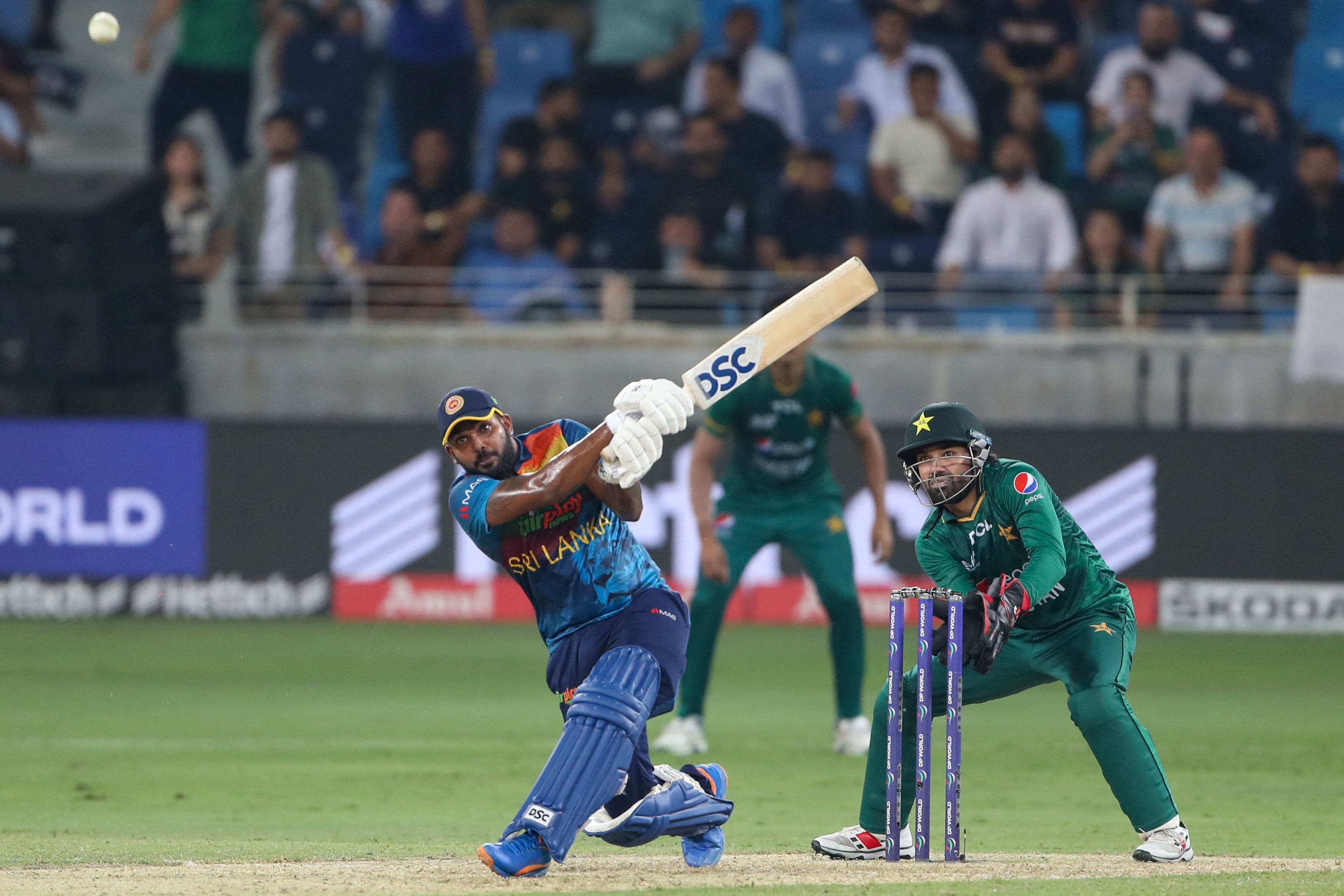 Indeed it was the kind of ‘all or nothing’ approach that could have backfired, but Sri Lanka batted like a side who weren’t bothered one bit by the potential of a disaster; they were so confident and focused that at no point could you have guessed that they were the ones under the pump, at least according to the scorecard.

Compare this to Pakistan who, despite having the advantage of batting second and knowing the target in front of them, batted like they dreaded the thought of losing a single wicket.

Rizwan striking a mere five boundaries in 49 balls — one less than #7 Hasaranga, who batted 28 fewer balls — embodied this. In fact, Pakistan had the opportunity to deflate the Lankans, kill their momentum and send a strong message early on by taking the attack to young Madushanka after he conceded 10 off the first ball, but Babar Azam’s side chose to play it safe.

The batters being allergic to taking risks eventually came back to bite them as the top-order’s conservatism meant that the chase gradually drifted away, the middle-order having far too much to do.

"If you want to become a champion you don't actually think or talk about toss” said Saqlain Mushtaq in the aftermath of Friday’s encounter, and in the final it was Sri Lanka who depicted this champion mentality.

It is what enabled them to break the toss curse and become the first T20I side in four years to defend a target successfully in Dubai against a team ranked in the Top six.

Days prior to the final, Bhanuka Rajapaksa proclaimed that the self-belief within the camp is such that they no longer see themselves as underdogs, but as genuine contenders for the T20 World Cup next month. While it’s true that what’s unfolded over the past fortnight does not necessarily make Sri Lanka a dark horse in Australia — they have to first get through Qualifiers, mind you — what cannot be denied is that they’re a side well and truly on the rise.

In Dasun Shanaka, they have a tactically astute leader who has led from the front by example and has already shown that he’s the right man to take the side forward. Hasaranga is a world-beater who is only going to get better with time, while Rajapaksa is not too far behind.

Those in the tier below them — Nissanka, Theekshana, Asalanka et al — all have the talent to someday mature into world-class players, while the influx of incredibly talented young players is huge in the larger scheme of things. The transition is not quite complete, yet, but if that happens — fingers crossed it does — Sri Lanka will be a force to be reckoned with, in white-ball cricket certainly. As things stand, they are side giving off heavy Arsenal vibes.

Chris Silverwood might not be as intense a coach or personality as Mikel Arteta, but the Englishman, since taking over, has done an astounding job. The slow-burn that is the rebuilding of this Sri Lankan side began under the reign of Mickey Arthur, who planted the seeds long back, but Silverwood seems to have unlocked something that has taken this unit to the next level.

It is redemption for the 47-year-old who will no longer be referred to as the man who oversaw a dark period in English cricket; instead, he will be remembered as the mastermind behind Sri Lanka pulling off one of the greatest cup wins of all time.

Sport cannot solve problems, but it does have the power to make a person temporarily forget about adversities. Shanaka & Co. might have lifted the Asia Cup trophy on Sunday night, but they’d have taken more satisfaction in the fact that every person back home who cheered for them would have gone to bed with a beaming smile on their face. That is all these players ever wanted.