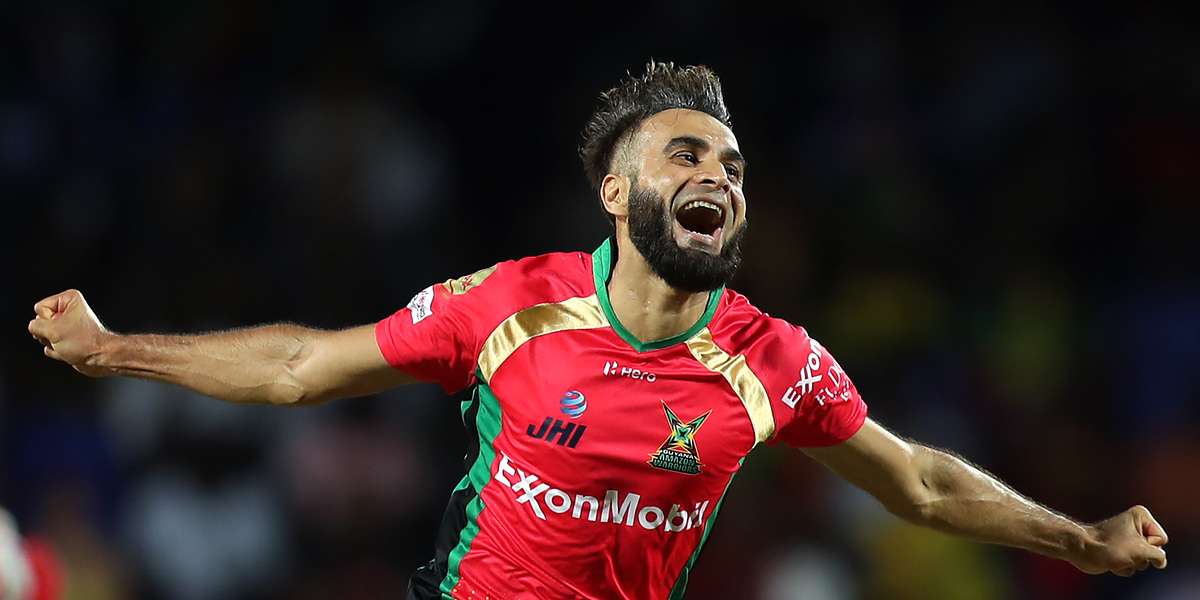 NOTE: All stats and updates here are until 29 August 2020

St Kitts and Nevis Patriots find themselves at the bottom of the table, having won just one match from six so far this season. On the other hand, Guyana Amazon Warriors are also struggling. While last season, they won each of their 10 league matches, this time around, they’ve already lost four out of their first six. 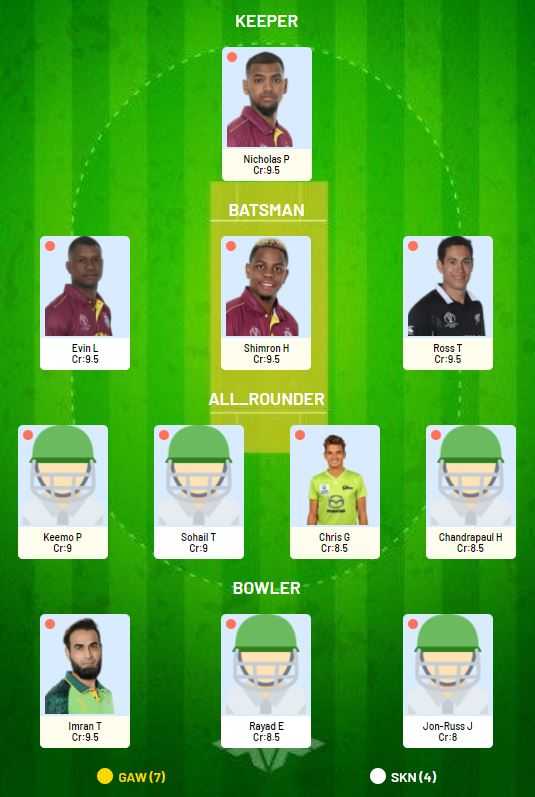 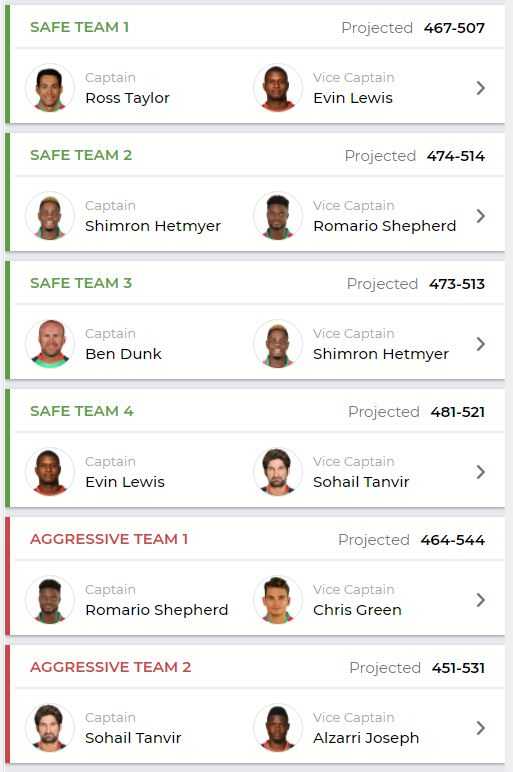 In eight matches so far this season, the conditions at Queen’s Park Oval in Port of Spain have been very favourable to bowlers.

When we break down venue stats from last season and the ongoing season, we see that only in one instance is the average runs per dismissal lower than it has been in Port Spain during CPL 2020.

The stats for Queen’s Park Oval this season are a bit of a contrast when compared to CPL 2019 stats at the same ground. Last season, 28.2 runs were scored per dismissal and 20.8 deliveries were bowled per dismissal here – both these numbers are significantly lower so far this season.

The biggest issue here for batsmen this time around has been the scoring rate.

The economy rate across six matches so far this season has been 6.7 in Port of Spain, the lowest at any stadium in a CPL season at one venue across the last two years. 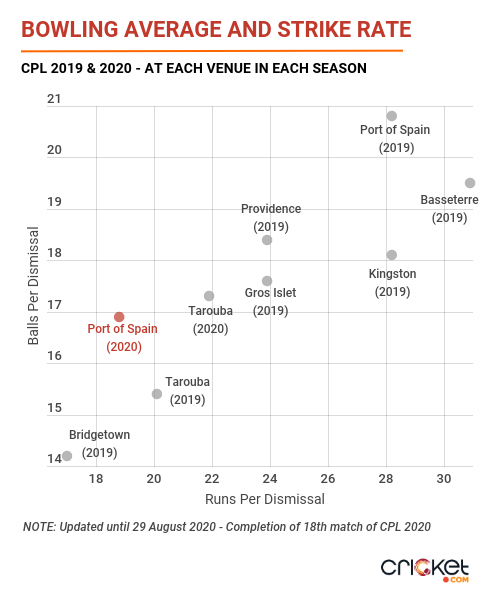 In CPL 2020 so far, spinners have performed much better than pacers at Queen’s Park Oval.

Most times than not, you see that it is pacers who bowl most of the overs in a T20 innings, but at this stadium this season, that hasn’t been the case with spinners accounting for 57% of the deliveries bowled yet. This is with good reason as they have taken 57.7% of the wickets to fall so far at this venue this season.

Spinners could also get some valuable points for their economy rate, they have conceded only 5.8 runs per over so far in Port of Spain this season.

Going by these stats, you might want to pick at least three spinners in your team. 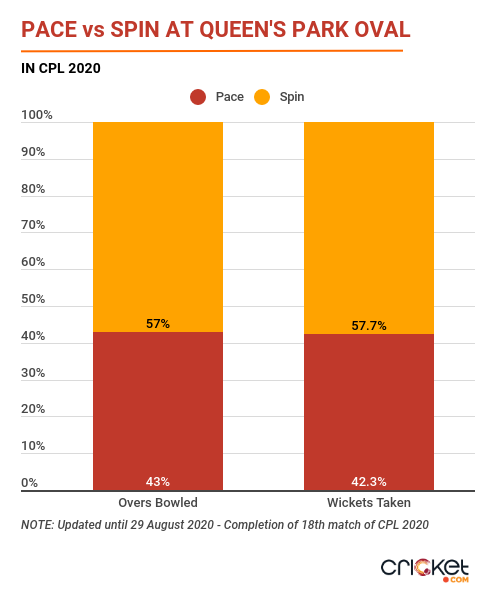 In CPL 2020, Imran Tahir has bowled eight of his 24 overs (33.3%) so far during the first six overs of the innings. If he does bowl an over or two during the Powerplay in this match, there’s a good chance he’ll come up against Evin Lewis. While the Patriots opener has been dismissed by Tahir once before, he has a superb strike rate (175) against the Warriors legspinner in T20 cricket – something not many batsmen can claim to have. 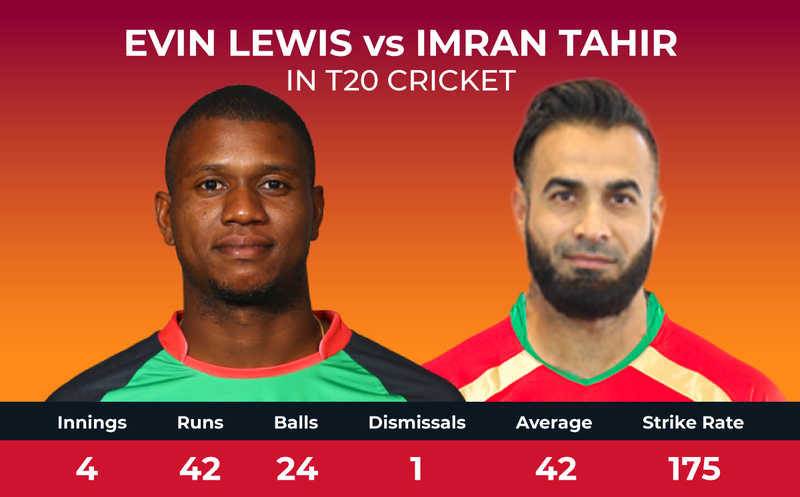 When these teams met last week, Nicholas Pooran was dismissed for a first-ball duck by Rayad Emrit. It was the first time in seven innings in T20 cricket that Emrit got the wicket of Pooran. Previously, the Warriors wicketkeeper-batsman had done quite well against the Patriots captain, scoring at a very good strike rate. 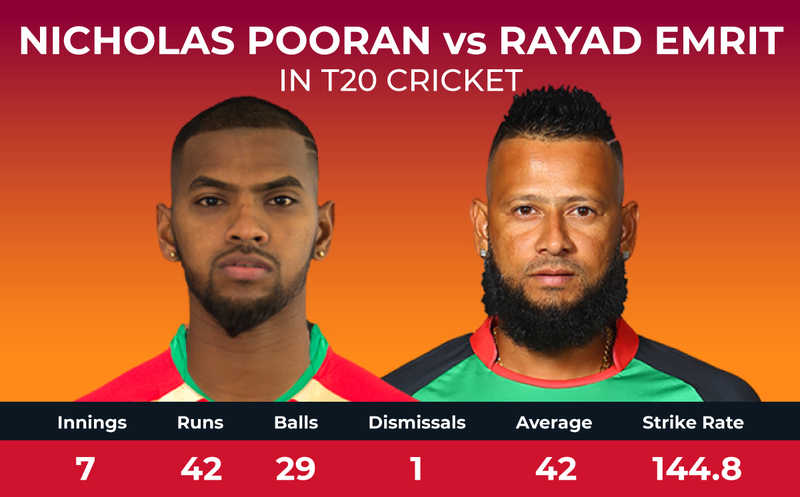 While Pooran has done well against Emrit, his record against Sohail Tanvir in T20 cricket is not the finest. In just 28 deliveries, Tanvir has dismissed Pooran four times. A batting strike rate of only 100 also indicates that the left-handed batsman has struggled to get the big shots away against the Patriots pacer. In T20 cricket, Pooran averages just 19.8 against left-arm pacers which might explain his subpar performances against Tanvir in the past. 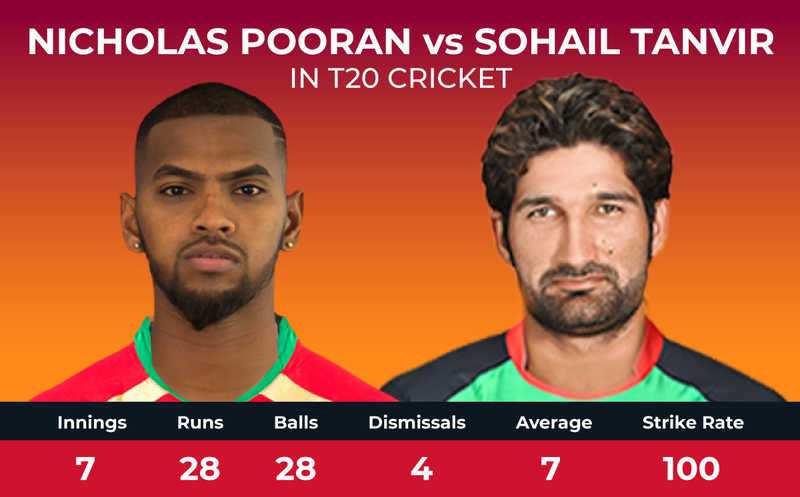 Going by how spinners have performed so far at this venue in CPL 2020, Imran Tahir seems like a good captaincy option for this match. The Warriors spinner has taken 11 wickets at a strike rate of 13.1 in CPL 2020. A highly impressive aspect of his game is his consistency – in the last 22 T20 innings that he has bowled in, he has taken at least one wicket in 20 of those innings. Since the start of 2019, no one has taken more T20 wickets (100) than him. 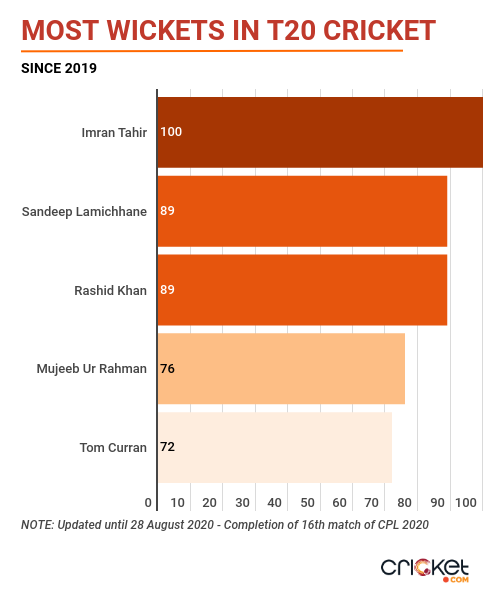 At the age of 39, Rayad Emrit is having one of his best CPL seasons as a bowler so far. In CPL 2020, he has taken 10 wickets in six innings at an average of 13 and a strike rate of 13.2 which is his best in a CPL season. When the Patriots and the Warriors met last week, Emrit picked up three wickets. There are times when the Patriots skipper can also chip in with a few runs with the bat too.

Chris Green has taken only five wickets in six matches so far this season, but he could be a good pick for this match as the Patriots are likely to have a few left-handed batsmen in their line-up. In his CPL career so far, he has a bowling strike rate of 20.2 against left-handed batsmen compared to 24.1 balls per dismissal against right-handers.

While Evin Lewis was dismissed for just one against St Lucia Zouks on Thursday, he could be a good pick here based on his T20 record at Queen’s Park Oval. In the CPL, he averages 42 and has a strike rate of 154.8 at this venue. While most batsmen have struggled here this season, Lewis scored a splendid 89 against Barbados Tridents – only one of two 50+ scores at this stadium so far this season. (Wait until the toss for team news as Lewis suffered an injury during Patriots' match against Jamaica Tallawahs on Saturday)