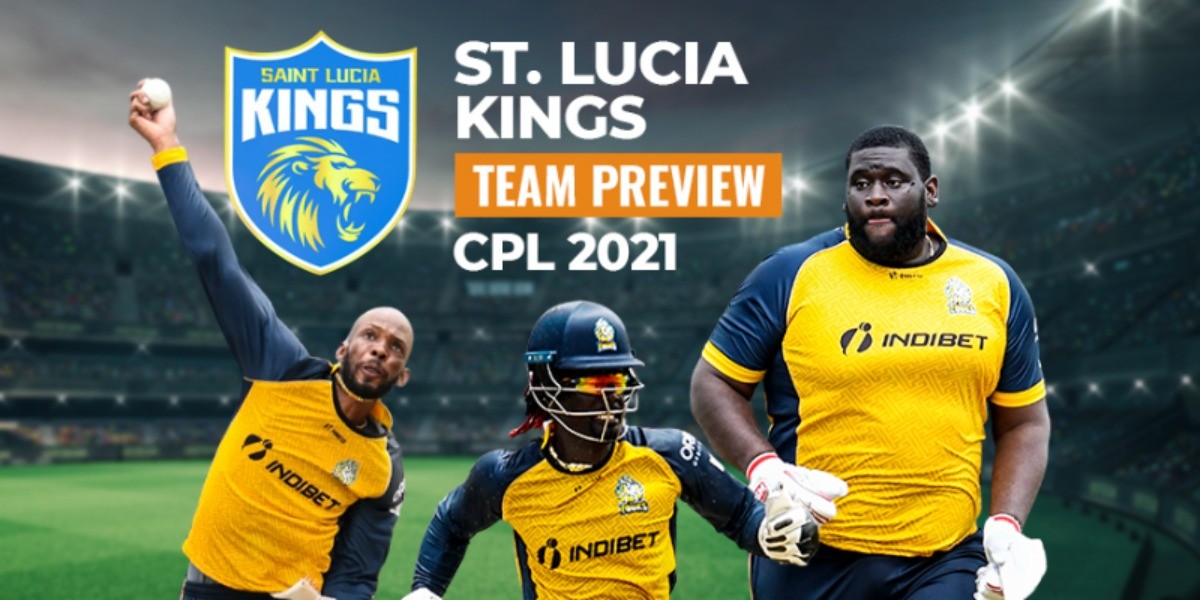 St Lucia Kings, previously known as St Lucia Zouks, will look to build on their successful 2020 campaign when they reached their maiden CPL final

After suffering years of ridicule for being the under dwellers of the Caribbean Premier League (CPL) in five of the six seasons, St. Lucia Zouks reached their maiden final in 2020. Even though they were outclassed by Trinbago Knight Riders in the title clash, the inspired performance served as a great farewell for captain Darren Sammy who has joined the support staff for this season. Following the take over from KPH Dream Cricket Private Limited, the company that owns Punjab Kings in the IPL, the team’s name has been changed to St. Lucia Kings for the 2021 season.

Under head coach Andy Flower, the Kings have retained seven of their players from last year’s squad and have appointed Faf du Plessis as the captain for the new season. They have made key additions in the pace department in the form of Wahab Riaz, Alzarri Joseph and Keemo Paul who will replace Sammy, Anrich Nortje and Scott Kuggeleijn. With Australia’s Matthew Wade pulling out of the tournament, Kings have roped in Singaporean Timothy David.

They will dearly miss the services of Afghanistan duo Mohammad Nabi and Najibullah Zadran who are unavailable due to the political crisis in their country. For the spin department they have brought in Usman Qadir to replace wrist spinner Zahir Khan and Samit Patel for Nabi.

Last season, St. Lucia were the best power play batting unit scoring 536 runs from 12 innings at an average run rate of 7.8 and scored 26 sixes. The likes of Rahkeem Cornwall, Andre Fletcher and Mark Deyal have contributed a total of 43 boundaries and 23 sixes which was crucial to their attacking approach. The addition of Faf du Plessis, who has been in sensational form in the IPL with 320 runs from seven innings, makes St. Lucia’s top-order a formidable one. 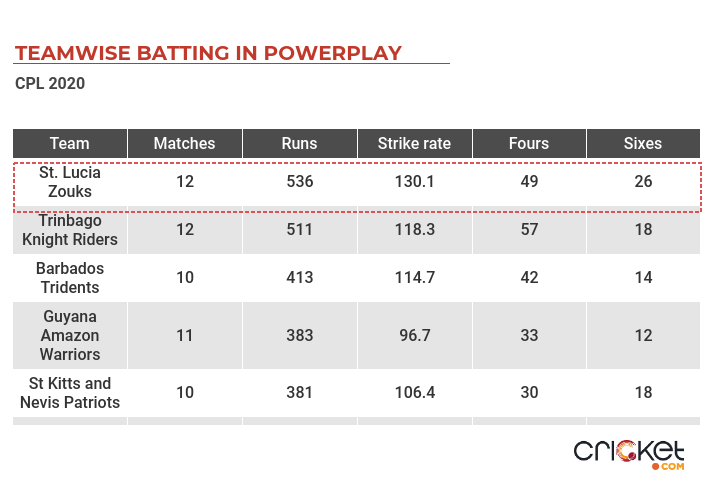 Their pace department also looks well-stocked with Alzarri Joseph, Keemo Paul and Obed McCoy leading the charge. The signing of Pakistan veteran Wahab Riaz only makes their pace battery all the more lethal. Riaz, who has 338 T20 wickets to his name, led Peshawar Zalmi to the 2021 Pakistan Super League final and finished tournament’s second best bowler with 18 wickets from 12 innings. McCoy, who is garnering reputation as a slow-ball expert, is on the back of sensational performances for the West Indies in the series against South Africa and Australia where he claimed a total of 14 wickets from seven matches.

While they were excellent at the top of the innings, St. Lucia’s batting in the death overs was their biggest drawback. They lost a wicket every 10 balls while scoring at a strike rate of 128.6 which was slightly better than bottom-placed St. Kitts and Nevis Patriots. Their batsmen have scored a total of 13 boundaries and 17 sixes in this phase, a middling return for a top side. Tim David is certainly a great addition to the lower-middle order but he will need support from Keron Cottoy, Roston Chase and Kadeem Alleyne who haven’t played any T20 cricket this year.

Usman Qadir has been a regular in Pakistan’s T20I set-up for some time and is effective in the middle overs as a wicket-taker. However, the leg-spinner can also be expensive in this period as he had conceded 32 boundaries and 12 sixes at an economy of 8.1 this year. Chase, whose last T20 was 2020 CPL final, will need to do the heavy lifting in absence of Nabi. 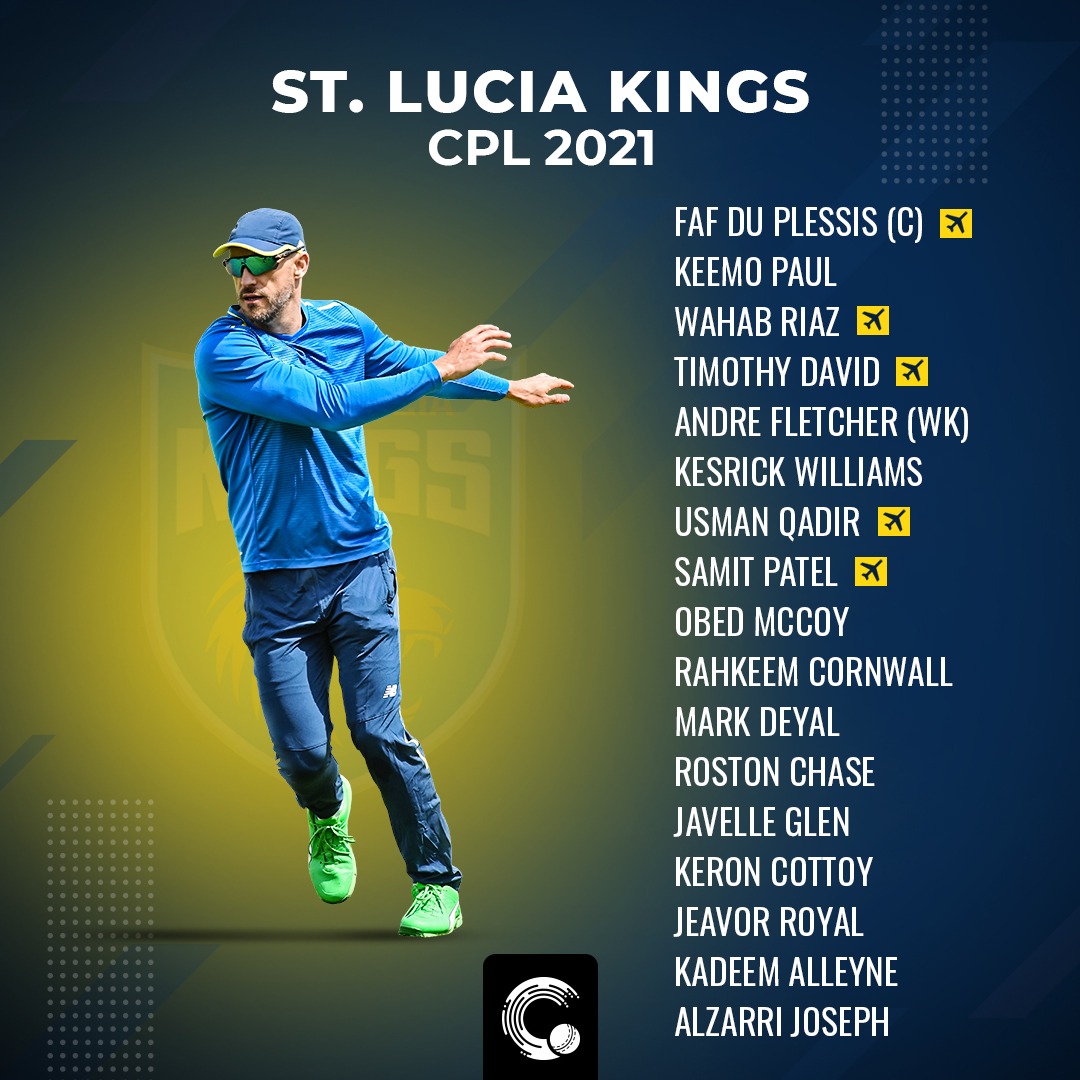 St. Lucia Kings will begin their campaign against Jamaica Tallawahs on 27th August.