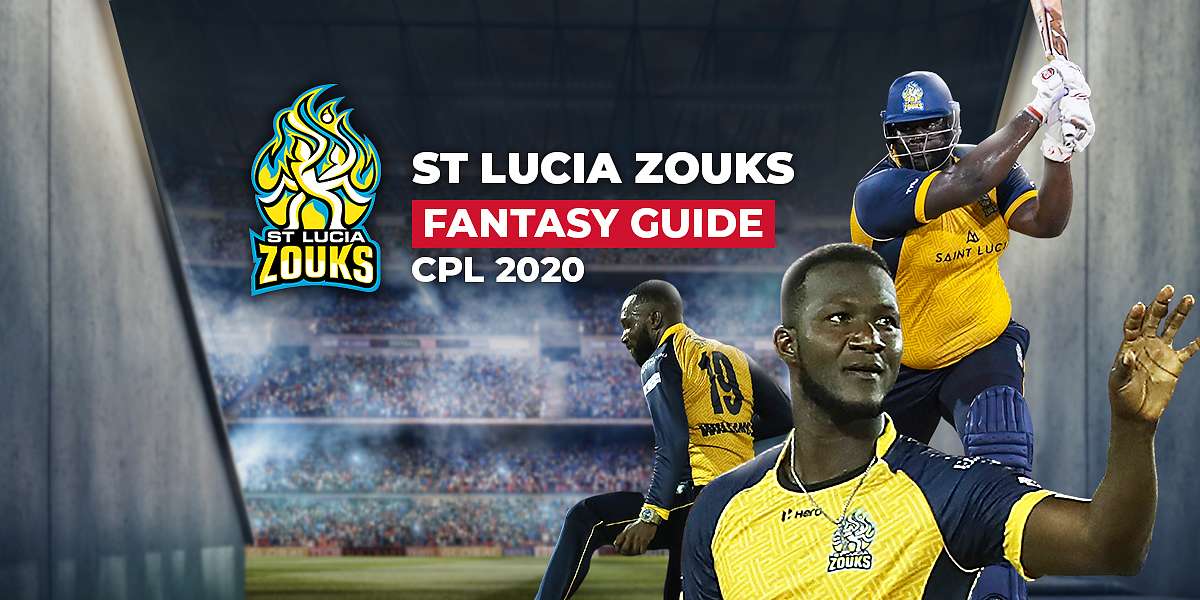 Offspin overkill: St Lucia could play as many as 3 offspinners in their XI, with Rahkeem Cornwall and Mohammad Nabi certain to start and Roston Chase in the mix as well. This could affect the fantasy bowling points potential of at least one of the trio; Chase will most certainly be underbowled, while Cornwall is likely to be overlooked in some matches as well.

The resulting impact on Fantasy Potential: Rahkeem Cornwall (down), Roston Chase (down), Mohammad Nabi (no change)

The tournament rules this year mandate franchises to give a total of 5 games for the emerging players. In St Lucia’s case, the options are Leniko Boucher and Kimani Melius. With Boucher expected to be a permanent fixture in the Lucia top 3, this shouldn’t be a problem for them.

1. Mohammad Nabi – Bats in the top 5 and a frontline bowler. A fantasy option of this type usually screams of points. Btu when you are part of a vulnerable team like St Lucia, you will have to take it with a pinch of salt. There could be games where he goes completely missing, as the team is likely to put him in situations where he has too many to chase or nothing to bowl at.

2. Kesrick Williams and Obed McCoy – When St Lucia bowl first, there is a good chance of the duo getting a lot of junk wickets at the death; when they bat first, however, it could come down to how big a total the team has set. You can even consider leaving them out when the Darren Sammy-led team is batting first and up against a quality bowling unit. 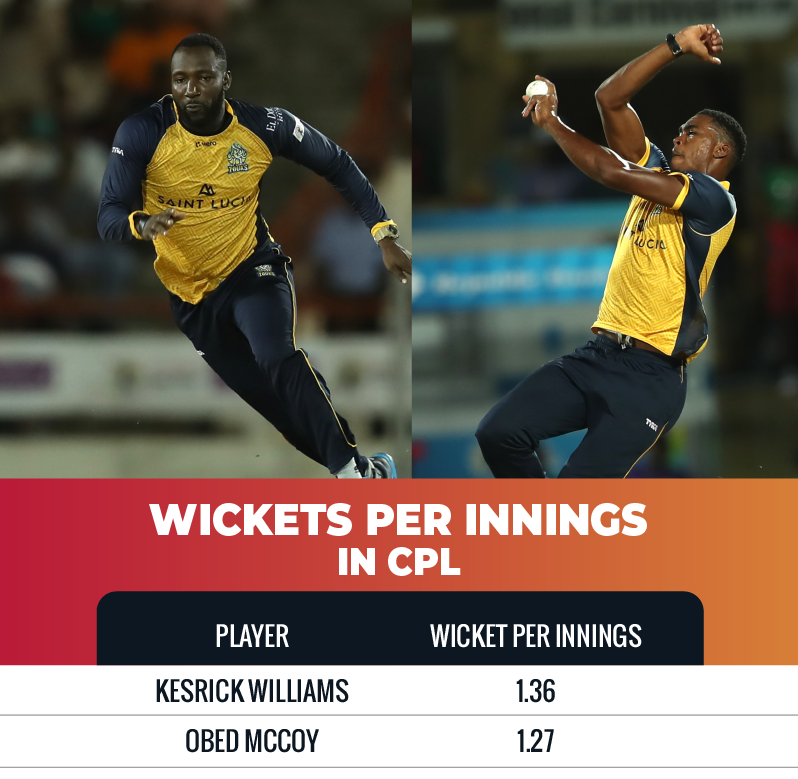 3. Rahkeem Cornwall – The ranking order takes into consideration the possibility of Cornwall being underbowled. The 27-year-old had a poor season last year, picking up only one wicket at an average of 134. He must now compete with Mohammad Nabi for the offspinner role. 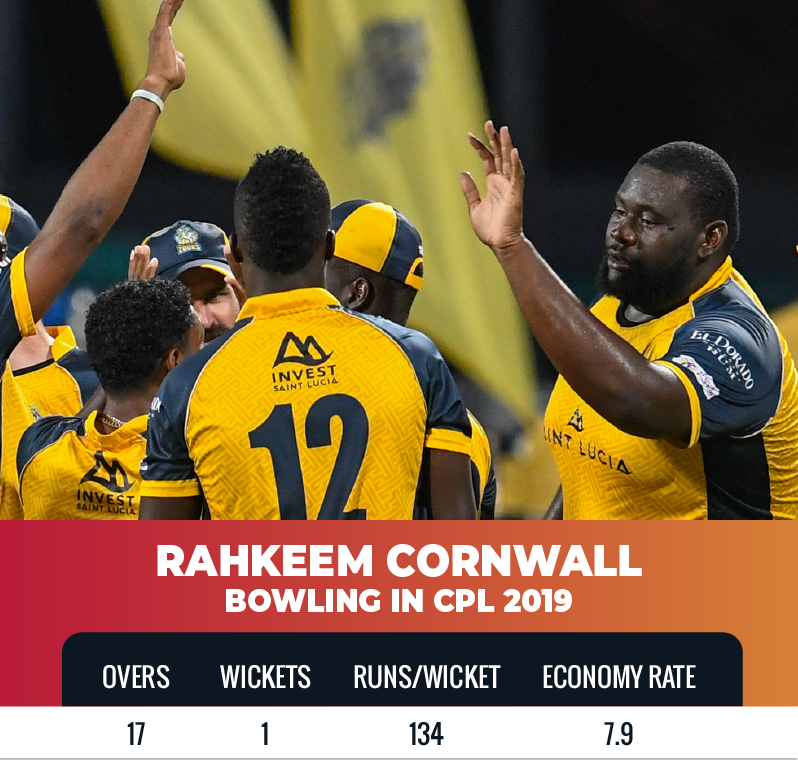 4. Scott Kuggeleijn – If the New Zealand international finds a spot in the XI, his all-round value can make him an attractive option. The right-arm quick’s bowling type – crank it up and hit the deck hard with some variations in pace – can be effective against the Caribbean players.

5. Andre Fletcher – Opens the batting, keeps wickets, and on a good batting deck, can have his days. There is a degree of minimum guarantee associated with Fletcher, which is very useful in a XI like this one where it is difficult to find value, 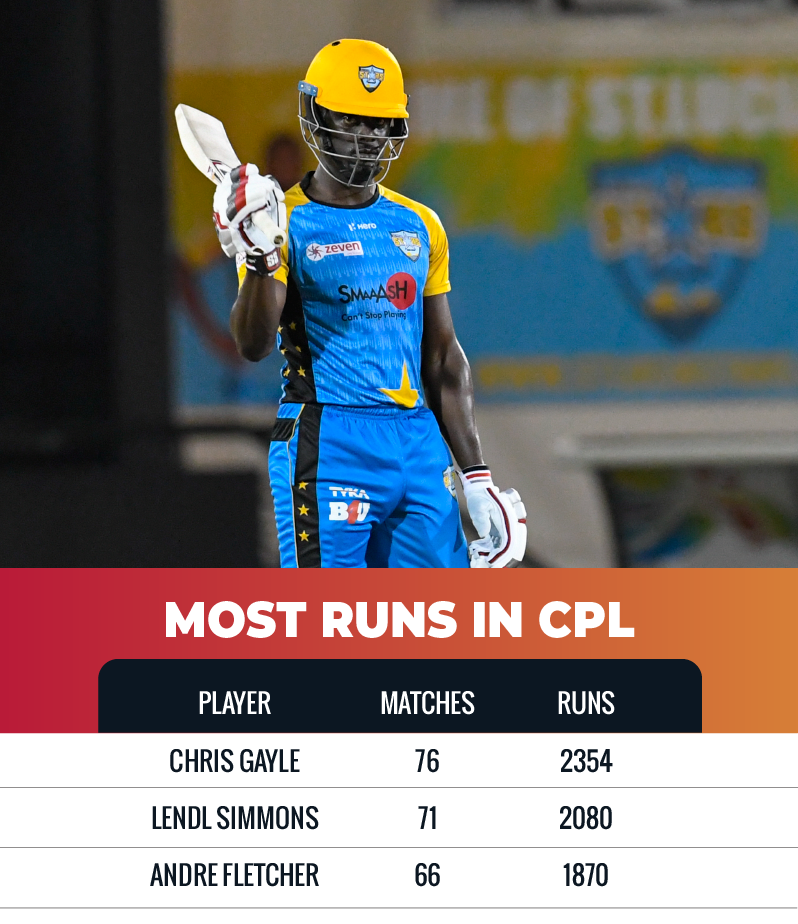 6. Zahir Khan – Zahir Khan is not quick through the air, so he needs assistance either from the deck or the scoreboard to come into the game. The chances of this happening in the second half of the tournament look much better than in the first, with the decks slowing down as we move deep into the season.

7. Najibullah Zadran – Najibullah is likely to get solid game time in the tournament this year. Despite being a specialist middle-order batsman, he could, therefore, work well when individual matchups favour him.

8. Leniko Boucher – Boucher, if he plays to this potential and is sent in at No.3, could turn out to be one of the biggest steals in the competition this year.

9. Kavem Hodge – Slow left-arm spin, when there is assistance from the deck, is effective in the CPL. Add Hodge’s batting value to it, if used well, could surprise a few.

10. Daren Sammy – There isn’t a lot of fantasy value in a specialist, ageing No.6 in a T20 game, especially when it is Sammy.

Overload value explained: While making your fantasy teams, be it daily or seasonal, you will, from time to time, encounter situations where you will have to decide on getting in more than a certain number of players from a team into your squad. With St Lucia Zouks, a team that’s likely to finish in the bottom half, you will be better served if you keep it to the minimum requirement of, say, 4 in daily fantasy teams. 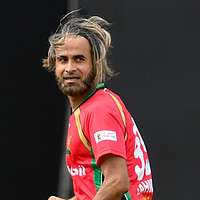