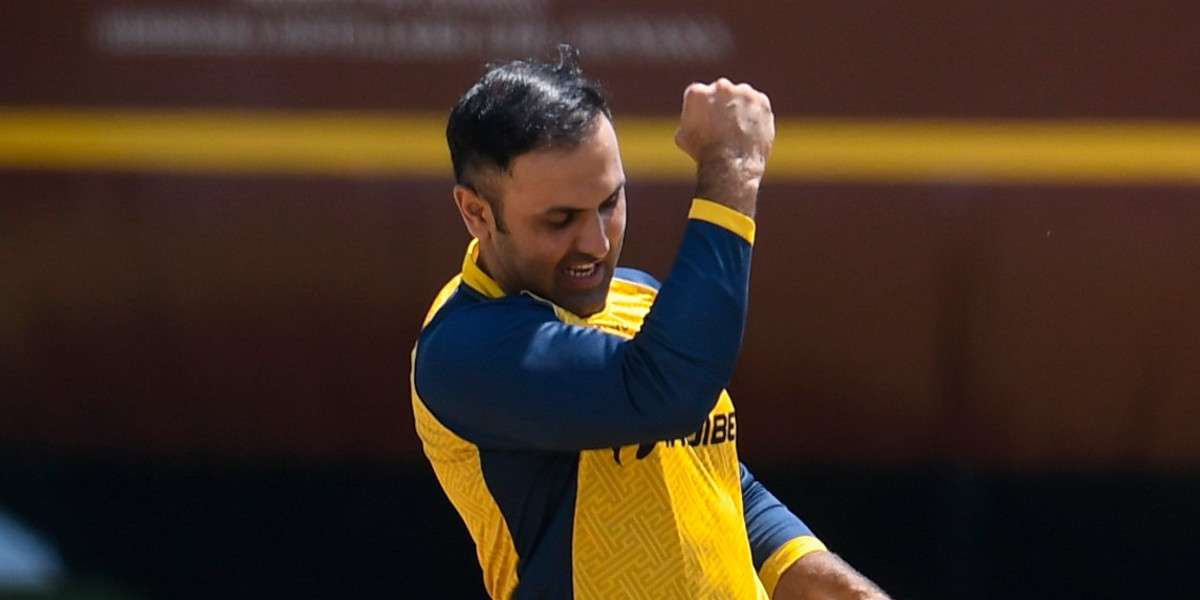 This was Zouks's fourth victory, while Patriots have now lost the same number of games

Mohammad Nabi (5/16) dismantled St Kitts and Nevis Patriots with his offspin as St Lucia Zouks won the encounter by six wickets on a sluggish Queen's Park Oval surface on Thursday (August 27). This was Zouks's fourth victory, while Patriots have lost the same number of games and are at the bottom of the table.

Nabi scalped four wickets in the space of 12 deliveries and wiped out Patriots' top-order in no time. The spinners bowled a total of 16 overs in which they claimed seven wickets and only conceded 68 runs. However, there were four overs of fast bowling and the Patriots lower-order managed to accumulate 39 runs off it, propelling their team to 110/9 in 20 overs. In reply, Zouks chased the total down in 14.4 overs.

Asked to bat, Chris Lynn's terrible form continued as the right-hander from Australia was outfoxed by Mohammad Nabi on the third delivery of the first over. This was the fifth time in the tournament Lynn was dismissed by a spinner. In 14 CPL encounters, the 30-year-old has only scored 186 runs at an average of 13.29, which is the fourth-lowest in the history of the competition (minimum 100 runs). Before the dust had settled, Nabi also accounted for Nick Kelly in the same over. Kelly too couldn't open his account and was caught at slip.

The surface was offering a lot of turn but the Patriots batsmen kept playing across the line and paid the price. Experienced campaigner Denesh Ramdin (9) announced his arrival with a six over cow corner and then went for a needless sweep shot that landed straight into the hands of Najibullah Zadran at deep backward square leg. If that wasn't enough, Patriots' last-match hero Evin Lewis (1) tried to do something similar and ended up miscuing it to the fielder at backward square leg.

The allrounder from Afghanistan proved once again why he is such a handy cricketer in white-ball cricket. Only Mujeeb Ur Rahman (55) has taken more wickets than Nabi (38) in the powerplay in T20s since 2018. By the end of six overs, Patriots were reduced to 22 for 4. With four proper spinners in the playing XI, skipper Daren Sammy kept bowling them one after another. Jahmar Hamilton (9) and Ben Dunk did add 27 runs for the fifth wicket to stop the flow of wickets for a while, but the former couldn't carry on and was undone by Zahir Khan's googly.

Despite smashing two maximums, Dunk never really looked comfortable but if not for his contribution, things would have been even worse for the Patriots. His stay finally came to an end in the 14th over when he tried to smoke Rahkeem Cornwall out of the park but ended up getting caught at deep mid-wicket. Nabi returned later in the innings and completed his maiden five-wicket haul by accounting for Sohail Tanvir (12). Nabi finished with the third-best bowling figures in the history of the CPL.

Rayad Emrit (16) and Alzarri Joseph (13-ball 21*) smoked a couple of lusty blows in the final three overs, bowled by Kesrick Williams and Scott Kuggeleijn, and propelled their team to a respectable total.

In response, Cornwall smacked 18 percent of the required runs in the first over itself. The giant allrounder tonked Tanvir for 20 runs, studded with two fours and as many sixes. The Zouks raced to 30 in 2.4 overs before legspinner Imran Khan, after getting clobbered for a six, knocked over Cornwall for an 11-ball 26. That's when the rain made its presence felt and the action had to be stopped for 30 minutes. When the match resumed, Mark Deyal tried to keep the momentum going from ball one but ended up mistiming one to the fielder at mid-on.

Having been reduced to 30 for 2, Andre Fletcher and Roston Chase tried to form a partnership and batted sensibly for a while. The two added 22 runs for the third wicket before Imran once again weaved his magic and got rid of Fletcher for 16. The legspinner finished with figures of 3 for 23 and kept the Patriots in the game.

Zouks still needed 59 runs and it was important to form a small partnership to seal the deal and that's exactly what Roston Chase (27*) and Najibullah Zadran did. The latter dominated the 47-run stand and slammed four fours and a six in his 24-ball 33 to ensure Patriots had no chance of making a comeback. He was dismissed 12 runs short of the target, but Roston only left the field when the Chase was completed.