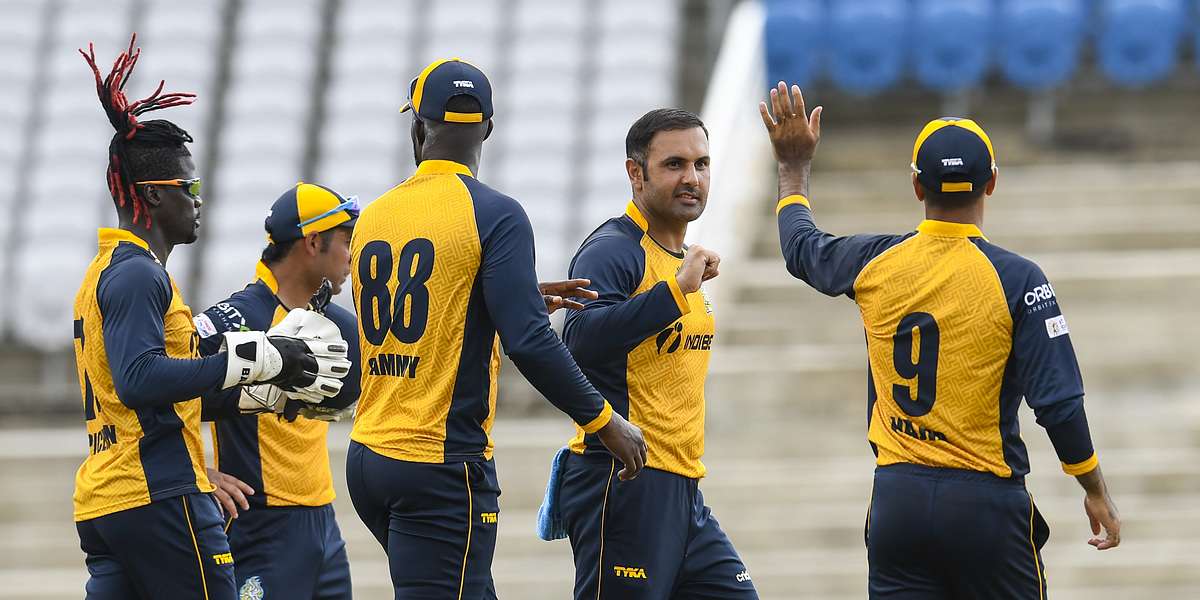 St Lucia Zouks are the only current CPL team that are yet to reach the final of the tournament – in fact, in seven seasons, they’ve reached the playoffs just once. But they’ve begun this season reasonably well, having won three out of their five matches so far.

On the other hand, St Kitts and Nevis Patriots – who’ve reached the playoffs in each of the last three seasons – secured their first victory of the season on Tuesday after starting CPL 2020 with three successive losses.

The Patriots have a slight advantage when it comes to previous fixtures between the two teams, having won five matches and losing four against the Zouks. In the last five games between them, each team has two wins apiece with one match ending in a no result.

It’s also important to remember that the Zouks defeated the Patriots by 10 runs in their other CPL 2020 league encounter which took place last week. 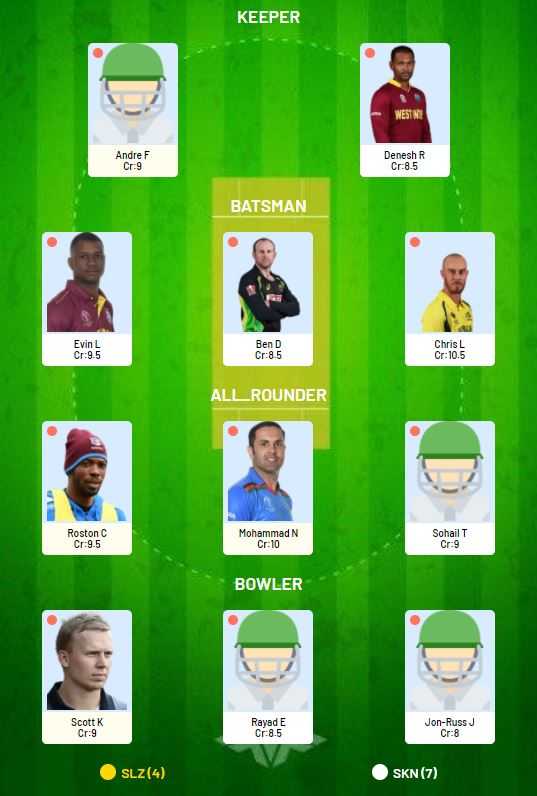 In 19 CPL matches held at Queen’s Park Oval in Port of Spain since 2017, teams batting first have won eight times while teams chasing have come out on top 11 times. It must be noted that teams have favoured chasing here – with captains winning the toss electing to bowl first in 17 out of those 19 games.

Since 2017, Queen’s Park Oval has been slightly friendlier for batters in the CPL when compared to the Brian Lara Stadium in Tarouba, but not by much. During this period, the bowling strike rate here has been 17.5 with only two venues seeing wickets fall at a quicker rate in the tournament than Queen’s Park Oval.

In the first four matches at this venue in CPL 2020, batsmen haven't found the going easy. Across eight innings, 967 runs have been scored for the loss of 51 wickets at an average of only 19 – far from ideal numbers for batting. 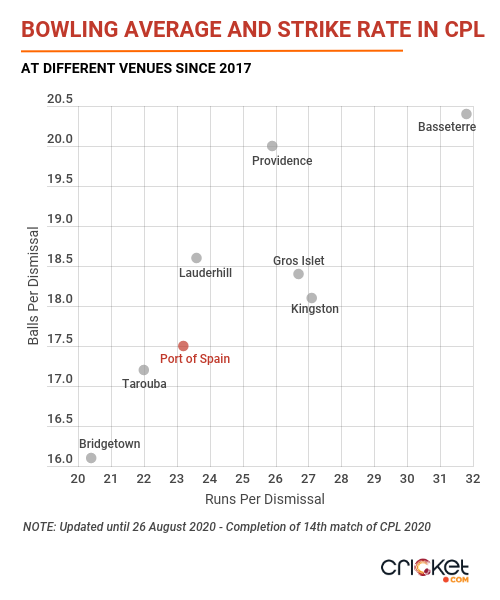 Pacers have taken a wicket every 17.5 deliveries at this venue during the aforementioned period compared to a bowling strike rate of 19.2 for the spinners. The slower bowlers have a better average, though, and that’s mainly thanks to their impressive economy rate.

Spinners have an economy rate of 6.7 in Port of Spain since 2017 in the CPL while fast bowlers have conceded 8.6 runs per over which is quite a high number.

In four matches at the venue this season, spinners have performed better than pacers. While spinners have a marginally better strike rate than pacers (17.3 vs 17.4), their average is a brilliant 16.4 compared to 22.1 for the pacers. You could perhaps include an equal number of spinners and pacers in your team. 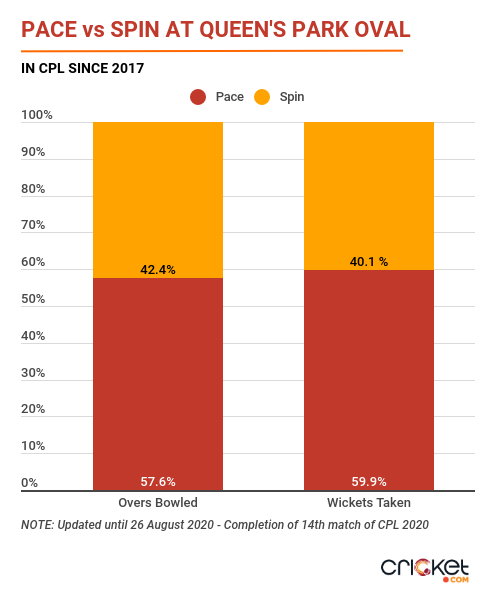 Andre Fletcher versus Sohail Tanvir at the start of the Zouks innings could be one of the key contests in this match. The Zouks opener has faced 70 deliveries from the Patriots pacer in T20 cricket and has a strike rate of only 92.1. But it must be noted that in Saturday’s encounter between the two teams, Charles scored 16 from eight balls, including three boundaries, against Tanvir. 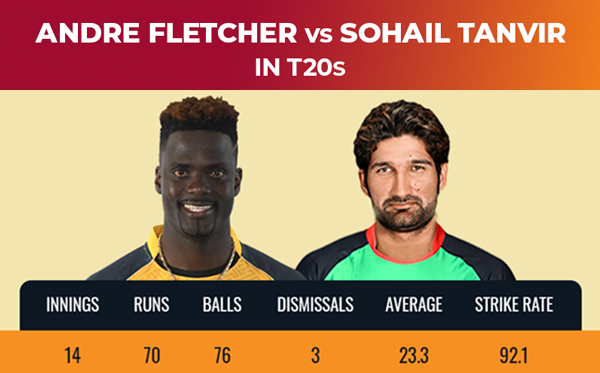 Evin Lewis played a stunning knock to guide the Patriots to their first win of the season on Tuesday. Mohammad Nabi, on the other hand, was the Player of the Match when these two sides met a few days ago. In that match, Lewis faced four deliveries from Nabi and didn’t score a run. 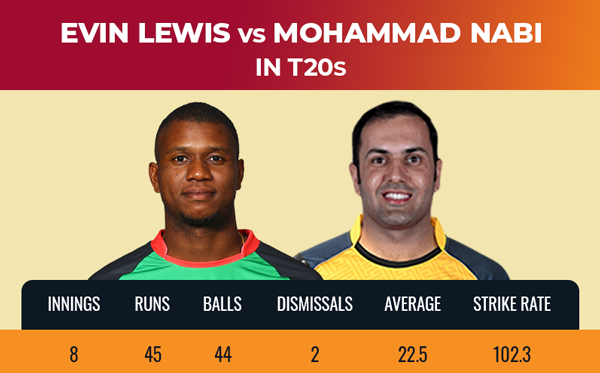 While the above two match-ups will happen during the Powerplay, this one – if it does happen – is likely to occur later in the innings. Kesrick Williams has bowled 33 deliveries to Denesh Ramdin in T20 cricket but is yet to dismiss the Zouks wicketkeeper-batsman in the format. Will this change on Thursday? Only time will tell. 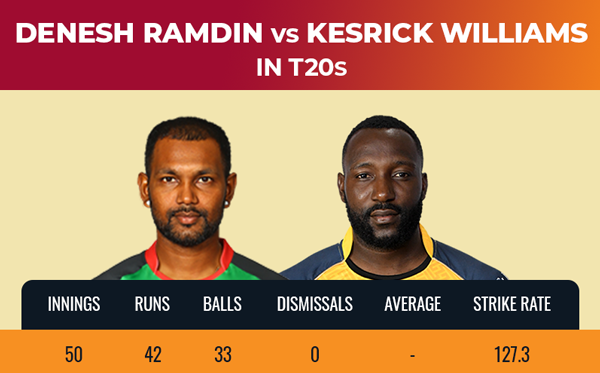 Not only has Mohammad Nabi been one of the top performers for the Zouks so far this season, he was brilliant against the Patriots on Saturday. First, he scored an unbeaten 35 from just 22 deliveries and followed that up with bowling figures of 1/17 from four overs. In 2020, he currently has a batting average of 31.91 in T20 cricket, his highest in a calendar year across his career.

It’s tough to ignore Evin Lewis after his exploits against Barbados Tridents on Tuesday, with his 60-ball 89 including as many as nine sixes. This knock came after scores of 30 and 29 in his previous two innings. As a result, he now finds himself top of the run-scorers chart in CPL 2020. The left-handed opener enjoys batting at the Queen’s Park Oval – in the CPL, he has scored 314 runs at an average of 52.33 and a strike rate of 158.6 at this venue. 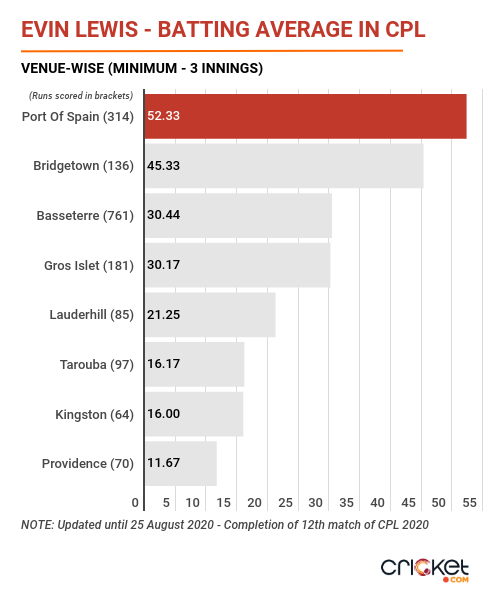 Another all-round option is Roston Chase who has made huge contributions to the Zouks so far this season. In Zouks' first four matches, he made a meaningful impact – either with bat or ball. While in two matches, he scored half-centuries, in the other two, he picked up a two-wicket haul and a three-wicket haul.

Sohail Tanvir has been expensive in his last two matches, but in fantasy cricket, wickets matter more and he has done well on that count. In three games this season so far, he has taken five wickets – picking up at least one in every match so far. Since 2016, Tanvir has taken 54 wickets in the CPL at an impressive strike rate of 16.1.