Starc reveals Australia have a "blueprint" to keep Root quiet 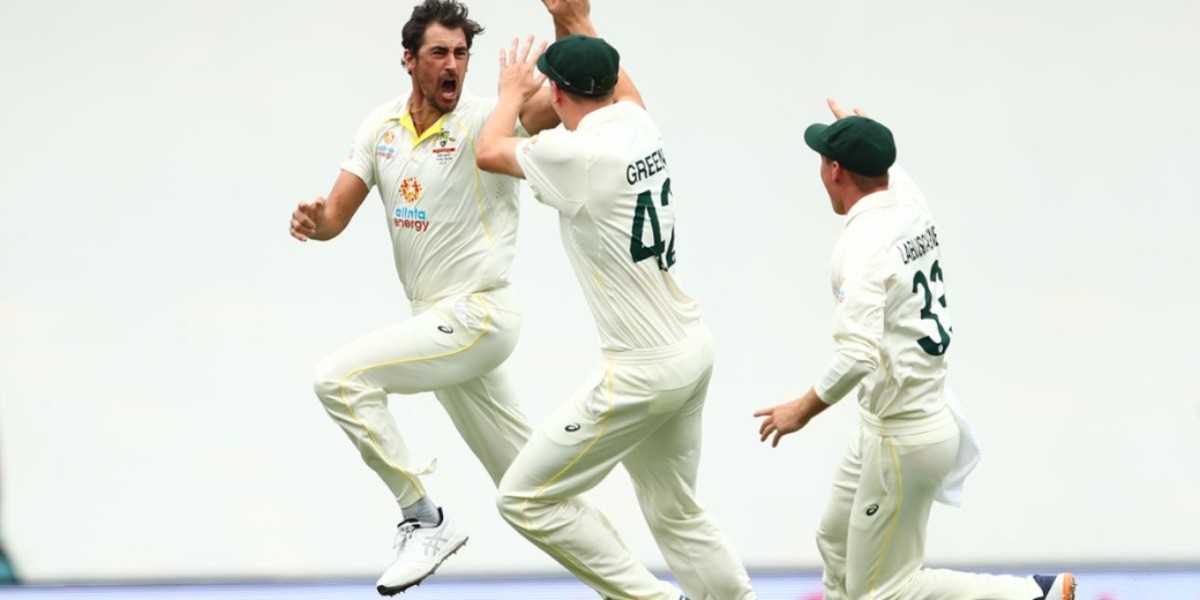 Starc reveals Australia have a "blueprint" to keep Root quiet

Left-arm paceman Mitchell Starc revealed that Australia have a “blueprint” to keep England skipper Joe Root quiet in the ongoing Ashes series. The right-handed batter was dismissed for a nine-ball duck on day one of the opening Test as England were bundled out for just 147 in their first innings.

This is the third time Root is touring Australia. In his first, as a 22-year old youngster, he managed 192 runs in four Tests. Amidst the Mitchell Johnson carnage, he averaged 27.4 at a strike-rate of 33.3.

Returning to the Australian shores in the 2017/18 summer, Root was the captain of the team. He was the prime batter. He was lined up against Steve Smith, two of the greatest modern-day Test batsmen, leading their side, in an Ashes series. Root averaged 47.3 in those five Tests. It was not bad but it stood no chance to be noticed in front of Smith’s 137.4.

"Josh and Pat have brought that blueprint from the previous Ashes, where they seemed to have their plans down pat to Joe. It's fantastic to get off to the start we did and have him for nothing," Starc, who knocked over Rory Buns on the very first delivery of the match, told Seven during the rain delay.

“Hopefully that continues throughout the series, but those two have carried that blueprint on from four or five Tests in England to now at the Gabba. To stay on top of the opposition captain is a big one and we've certainly started off in that fashion today.”

Australia’s newly-appointed Test skipper Cummins added: "It's only the first innings of a five-Test series but it's a huge reason why we were able to knock them over for 147. Walk into lunch having them four down, that's big, by the time the ball gets softer you are already into the batting line-up. One of a number of the batters who were big wickets, after his year and being captain it's probably a little bit bigger but it's only the first time he's batted this series."

Starc was also surprised with the fact that England left out both James Anderson and Stuart Broad for the first time in 37 Ashes Tests. "Not sure if you asked anyone a couple of days ago if that was going to happen that anyone would believe you. To play 300 Tests and over 1000 wickets out of their side is pretty interesting. Glad I don't have to pick any side let alone that, or tap those two on the shoulder to say they aren't playing but we certainly enjoyed conditions out there."