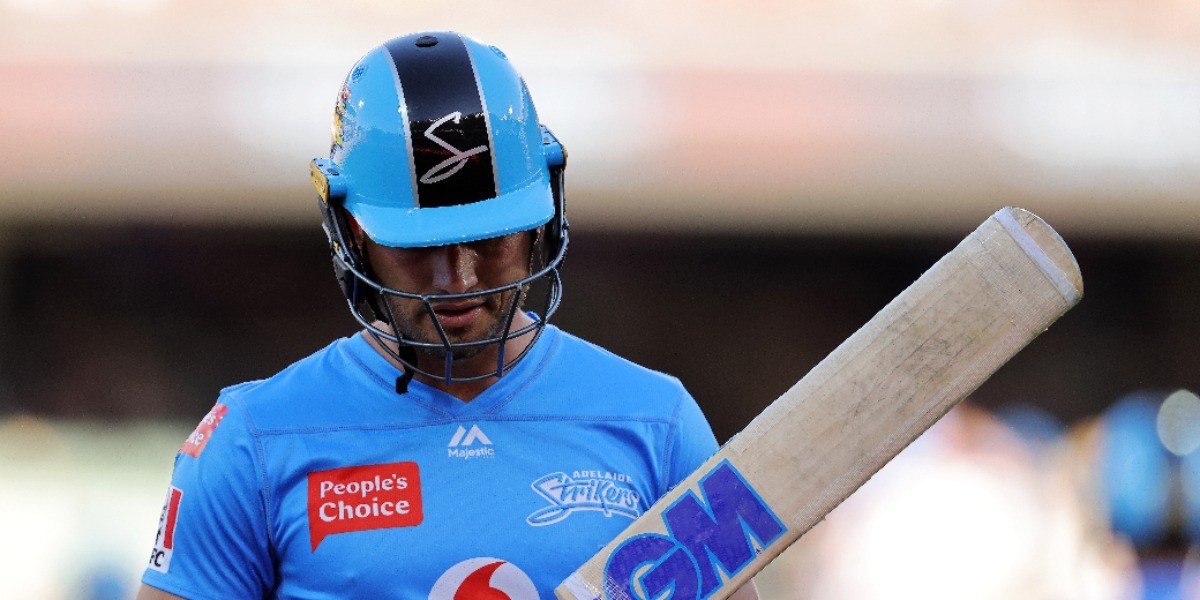 Jake Weatherald and his running issues

In a country like Australia, where the grounds are humongous, running between the wickets is one of the key aspects. But, Jake Weatherald has been one of those batsmen who has been very poor when it comes to this. In his match against Sydney Thunders (24th January 2021), we could say that he was a touch unlucky as he was dismissed through a run-out. 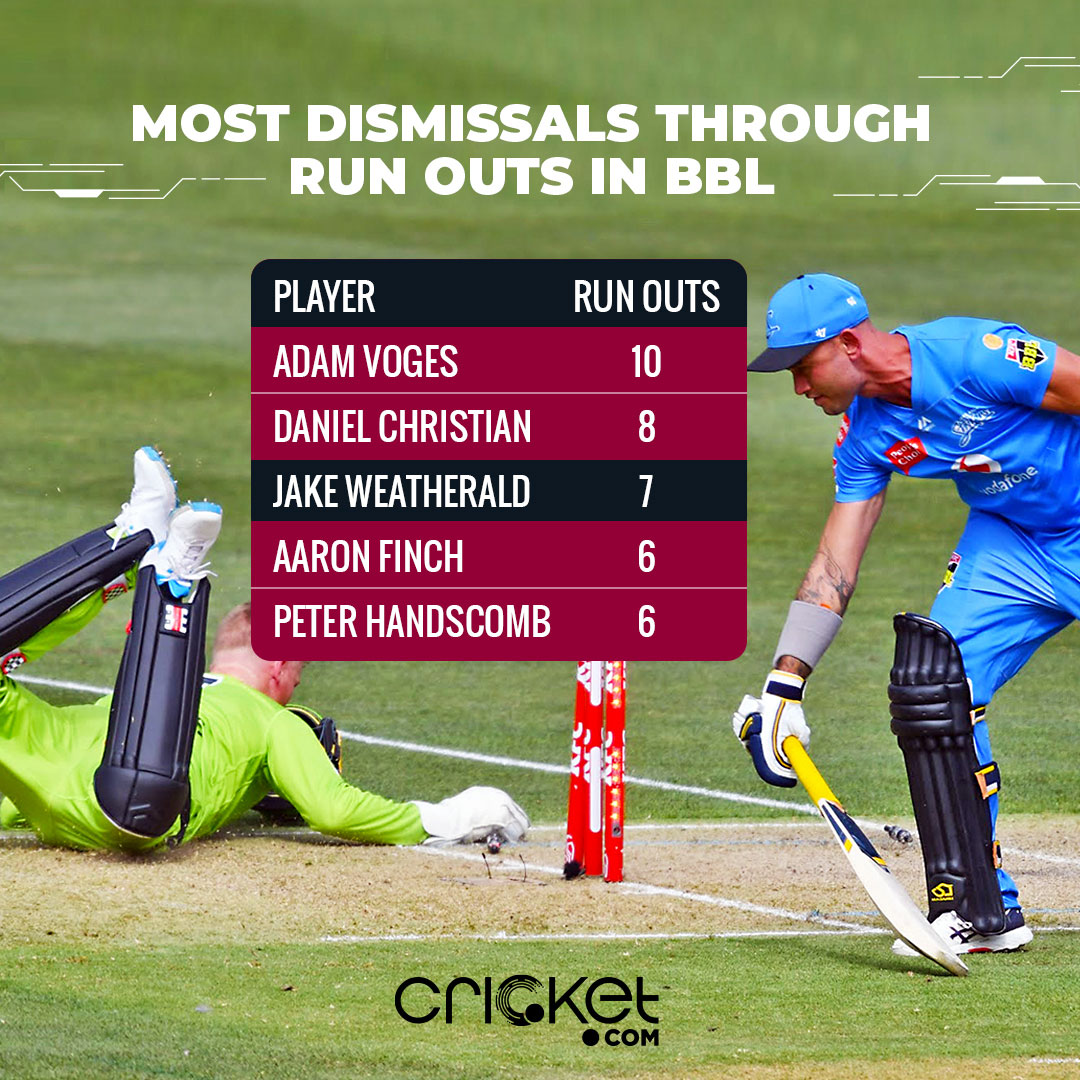 In the eliminator as well, looking for a second run, he misjudged it and was short of his crease for the seventh time in his BBL career. The seven run-outs are the third most by a batsman in BBL. Adam Voges leads the chart with 10 run-outs and behind him is the senior pro, Daniel Christian with eight.

The golden arm of Marnus Labuschagne

It has certainly been a great summer for Marnus Labuschagne, mostly with the bat. However, in this season of BBL, Labuschagne has done some wonders with the ball in hand. He has played only four matches this season, understandably because of national duties. In all four matches, he has rolled his arm, and fascinatingly, he has at least a wicket at least in all of them. In his first match against the Strikers, he bagged two wickets and one in the next against Melbourne Stars. In his previous match, when Perth Scorchers were cruising along, Labuschagne dismissed Colin Munro, Josh Inglis, and the Scorchers skipper, Ashton Turner. By virtue of those three wickets, Heat were able to qualify via a win. In today’s match, once again, the golden arm of Labuschagne disrupted the Strikers charge. He finished with figures of 3/13, his best bowling figures in T20s to restrict Strikers for a meager score of 130.

In an eliminator/knockout match, the first and foremost thing required is a good total on board in the first innings, especially when there is no second chance. But, for Strikers, it all went south when they scored only 130 runs, which is the lowest first innings total in a knockout/playoff stage of BBL. 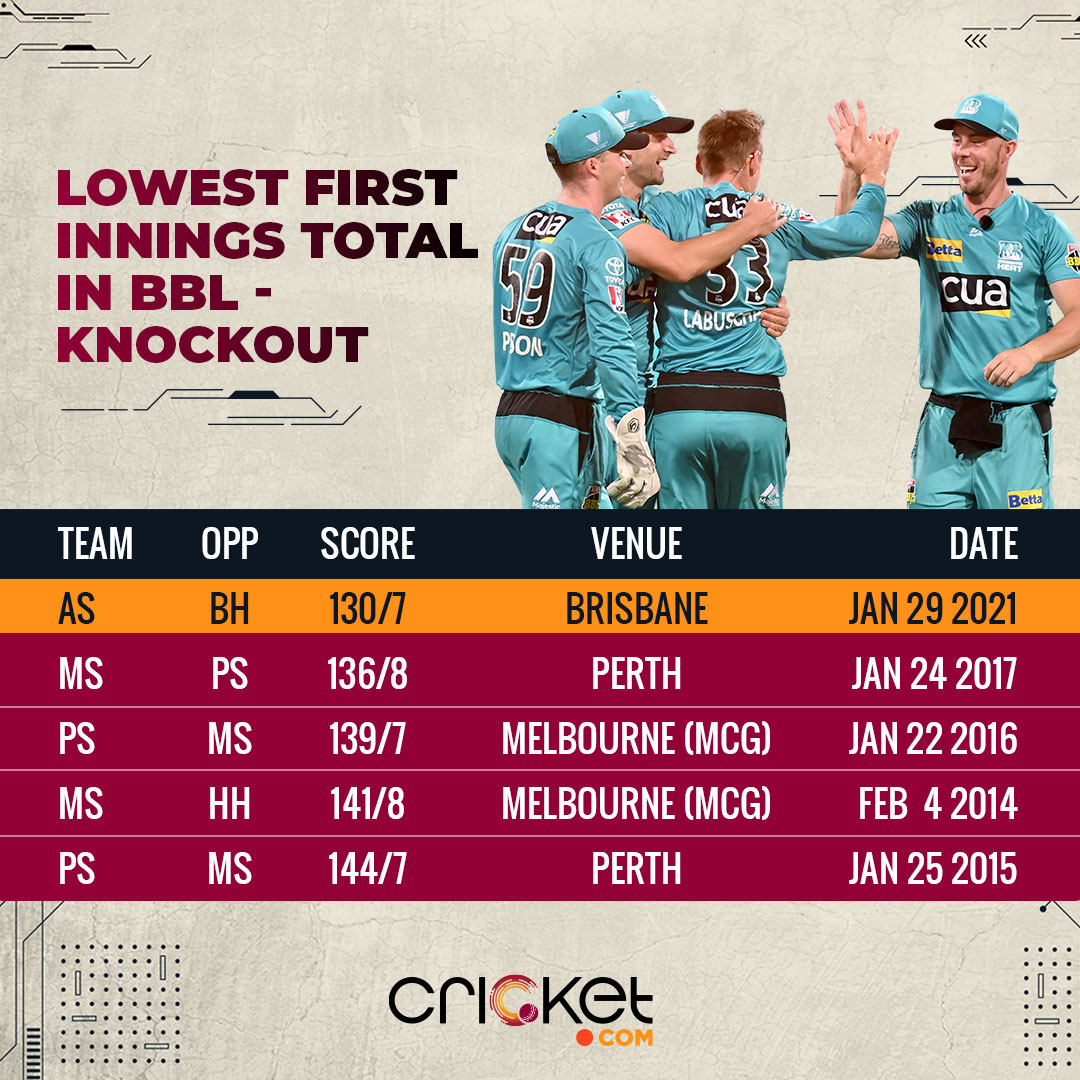 Previously, Melbourne Stars in the 2016/17 season semi-final had scored 136/8 against Perth Scorchers, which was the lowest.

Though Strikers crashed out of the season at the back of a loss against Heat, it was two bowlers who made the journey pleasant for them. Wes Agar ended up with 22 wickets the highest for them this season and the overall highest in a season for the Strikers in BBL. 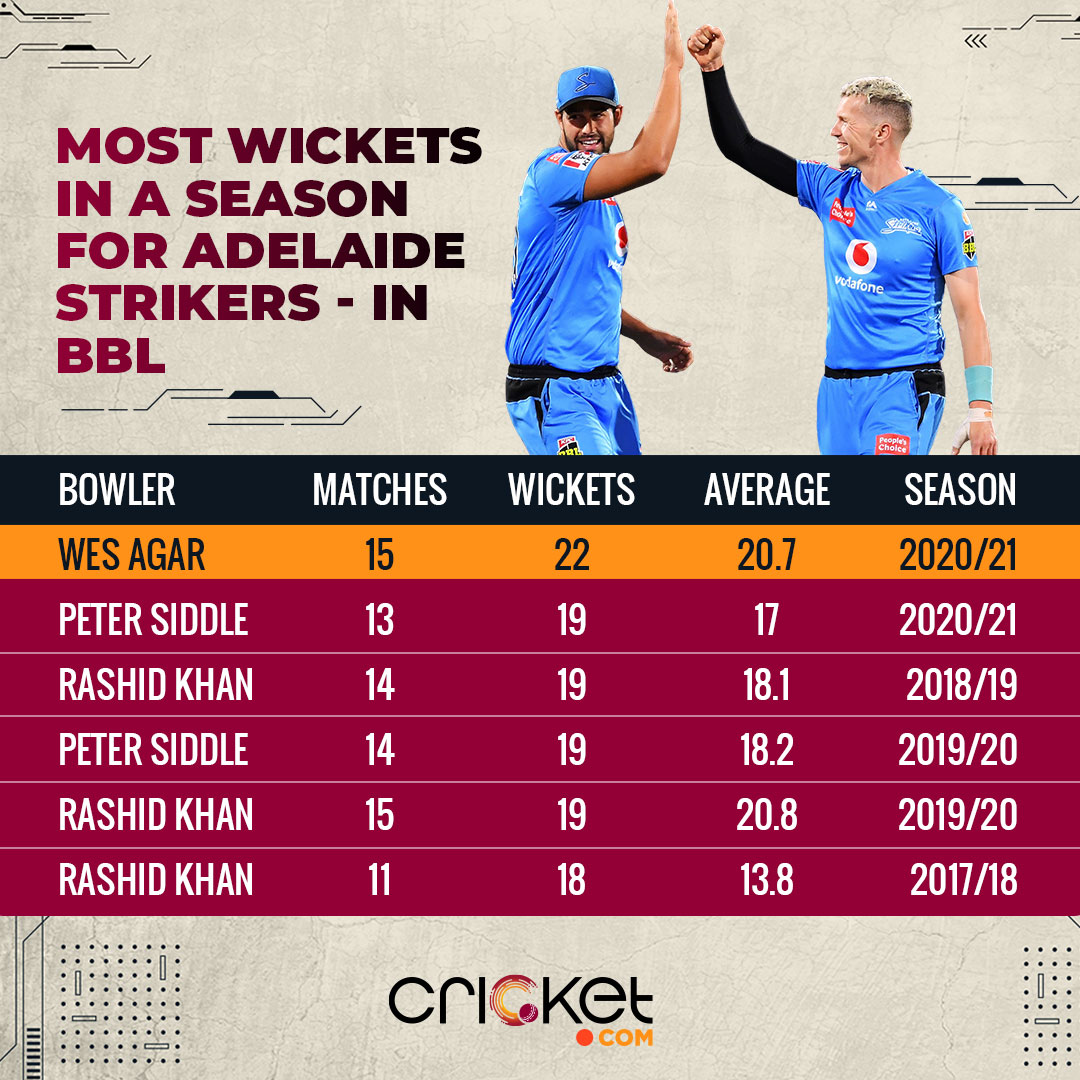 On the other hand, the 36-year old Peter Siddle continued from where he had left off in the last season. He had bagged 19 wickets in the 2019/20 season and followed it up with another 19 wickets this season. En route, he also became the fourth Strikers bowler to bag 50 wickets in BBL.