Still unsure about my spot in the XI, happy to contribute: Reeza Hendricks 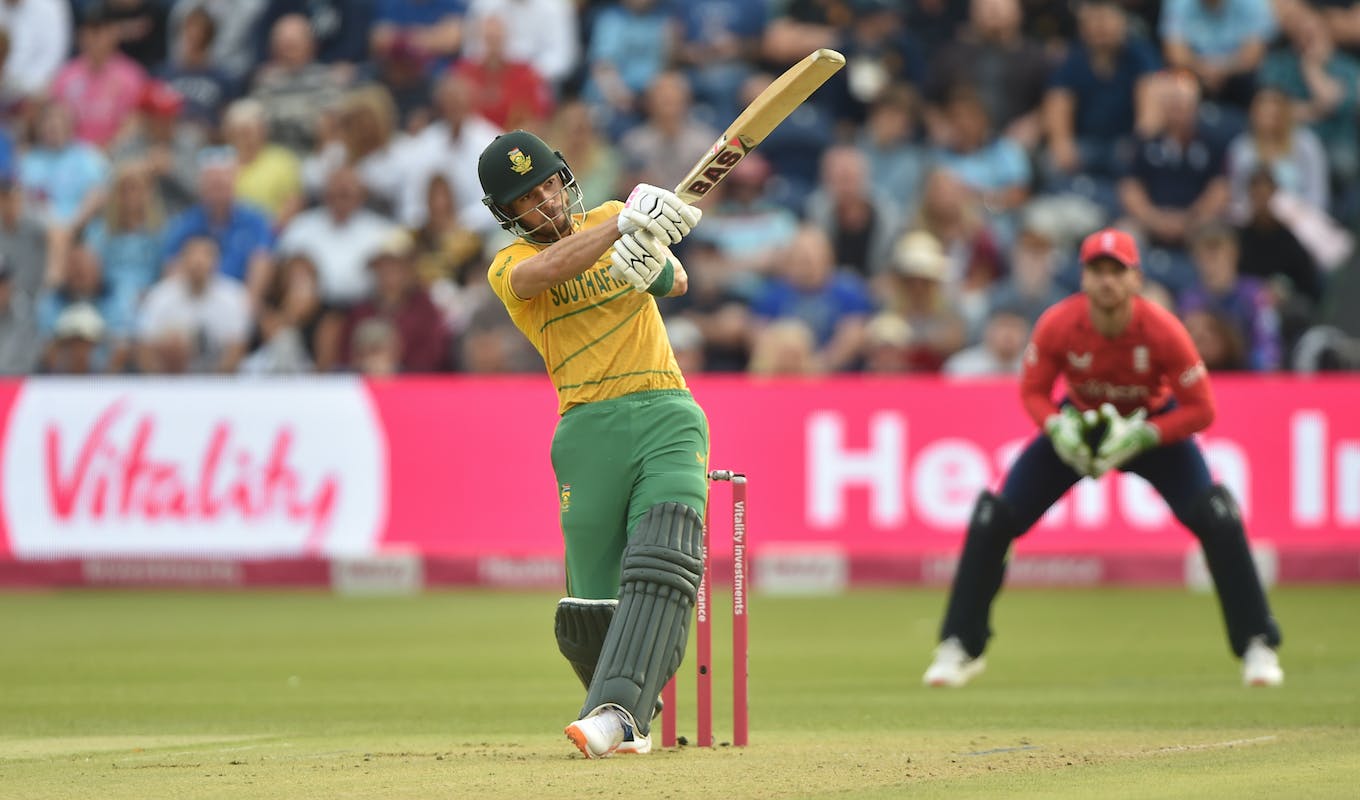 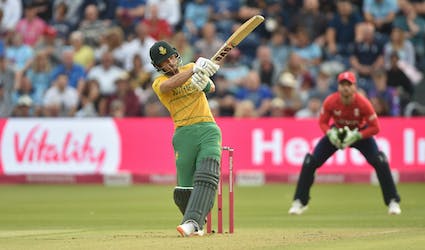 Still unsure about my spot in the XI, happy to contribute: Reeza Hendricks

The opener has asserted that his primary goal, currently, is to contribute to the team in every opportunity he gets

Reeza Hendricks would not have started the three-match series against England had Temba Bavuma not been injured, but in the absence of the skipper, the 32-year-old opener has grabbed his opportunity with both hands, striking back-to-back half-centuries. Hendricks began the series in Bristol with a blistering 57, and then followed it up with another searing 53 in the second T20I in Cardiff to achieve the ‘back-to-back half-centuries’ feat for the second time in his T20I career.

The timely contributions have elevated Hendricks’ stocks ahead of the T20 World Cup, but the right-hander admitted that he’s still unsure where exactly he stands in the pecking order, and asserted that his primary goal, currently, is to contribute to the team in every opportunity he gets.

"It’s always nice to contribute. There is a lot of competition in the team. That’s always a good thing. I am happy I got the opportunity to put in good performances. Where that leaves me, I am not sure. But whatever opportunity I do get, I will try and contribute where I can,” Hendricks said ahead of the third T20I.

“Where that puts me selection wise, that’s obviously up to the team, the coaches and the selectors where they see me fit.”

Hendricks, in fact, admitted that even in the absence of Bavuma, he was unsure if he’d start. The opener entered the series with scores of 23, 4, 2, 4 and 11 and would, in all likelihood, have warmed the bench had the management opted to field both Aiden Markram and Rassie van der Dussen. That he began the series as a starter came as a bit of a surprise and Hendricks revealed that, owing to the uncertainty that surrounds his spot, all he focuses on is keeping his process and preparation intact.

"As a player not knowing whether you are going to play or not, it is obviously a very difficult situation to be in. But even with Temba being injured, I didn’t know exactly if I was going to start and play every game. I wasn’t thinking that far ahead though, I just had to go through my processes and my preparation, and when the opportunity does come, just grab it and take it with both hands.

After a stinging loss in the first game, the Proteas bounced back in the second T20I in Cardiff to level the series and enforce a decider. The visitors, in fact, will be aiming to stretch their unbeaten run in bilateral T20Is,  their last series defeat coming against Pakistan back in April 2021.

Hendricks admitted that beating England won’t be easy, but asserted that he and his teammates are quietly confident heading into the decider on Sunday.

"Coming over to England, we knew they are a good outfit. But we were still disappointed after the first game. The chat was obviously about how we were going to bounce back, and that’s what we managed to do. It is a big game on Sunday. We are quietly confident, and back ourselves to put in another good performance.

"In saying that, we know England will come out guns blazing as well, so its all set up to be a really good game. To get a series win in England will be a really great achievement, and obviously we are striving for that."