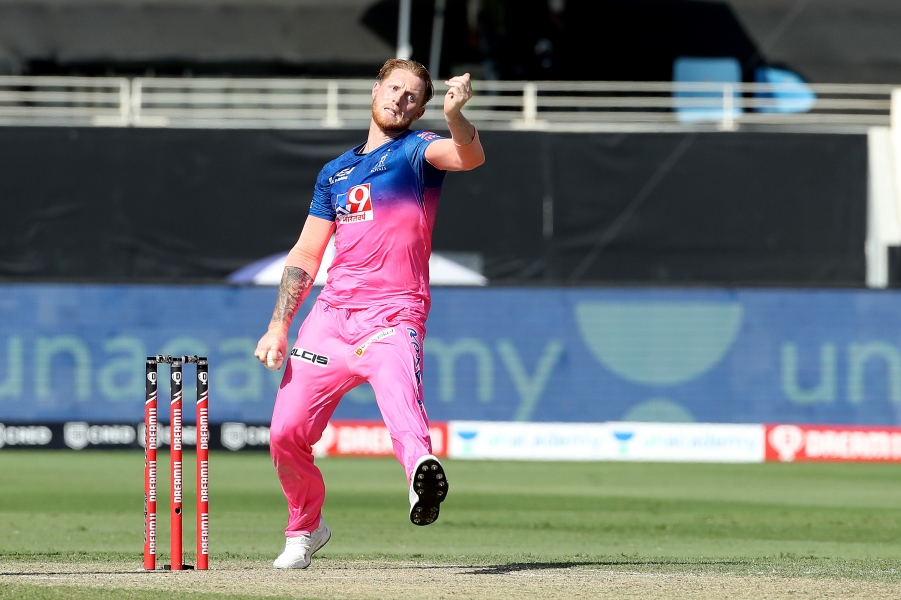 Rahul Tewatia on Sunday said the presence of England all-rounder Ben Stokes is a morale booster for Rajasthan Royals after the Indian batsman led the team to a much-needed IPL win. Royals snapped their four-match losing streak after edging out Sunrisers Hyderabad by five wickets in Stokes' season debut in the Twenty20 tournament in Dubai.

Royals were 78-5 in their chase of 159 with Stokes, skipper Steve Smith and Jos Buttler back in the pavilion when Tewatia, who smashed 45, and Riyan Parag, hitting 42, put on an unbeaten stand of 85 and win with one ball to spare. "Our top order is very strong. It didn't click from the last two-three matches but we trust them as they are top class players," Tewatia, a left-hand batsman, told reporters.

"Obviously when Ben Stokes come into the team, he is the world's best all-rounder, the team's morale goes up. His presence on the field matters for us. (With) his intensity on the ground and (as) he takes all (the players) along, it fills the team with confidence."

Stokes was out for five first after finishing his six-day quarantine on Saturday.  He reached the United Arab Emirates last week after spending time with his ailing father in New Zealand. The left-hand batsman was made to open the innings but he was bowled in the second over off Khaleel Ahmed who took two wickets. The match ended with Parag hitting a six off Ahmed and heated words exchanged between Tewatia and the paceman as Hyderabad skipper David Warner stepped in to calm tempers.

Tewatia, who starred in Royals' record IPL chase of 224 last month, once again came good at number seven as he took the attack to the opposition in his 28-ball knock. Parag, 18, also turned on the heat as he hit two fours and two sixes in his 26-ball blitz after the team lost wickets of their big guns including Stokes for five. "I thought Rahul and Riyan as a young kid showed great composure," said Smith.

"Stokesy obviously didn't come off tonight. Our top four didn't fire, but today showed our depth. With Stokesy back it brings a nice balance to us."

England paceman Jofra Archer returned figures of 1-25 while Stokes gave away seven runs from his one over of pace bowling. New Zealand-born Stokes was in Christchurch with his father, who has been battling cancer, since pulling out of the Pakistan Test series in August. Hyderabad's Rashid Khan claimed two wickets but Tewatia took on the leg-spinner in the 18th over to hit three successive boundaries off him.

Earlier Warner made 48 and Manish Pandey hit a brisk 54 to guide Hyderabad to 158 for  four after electing to bat first.