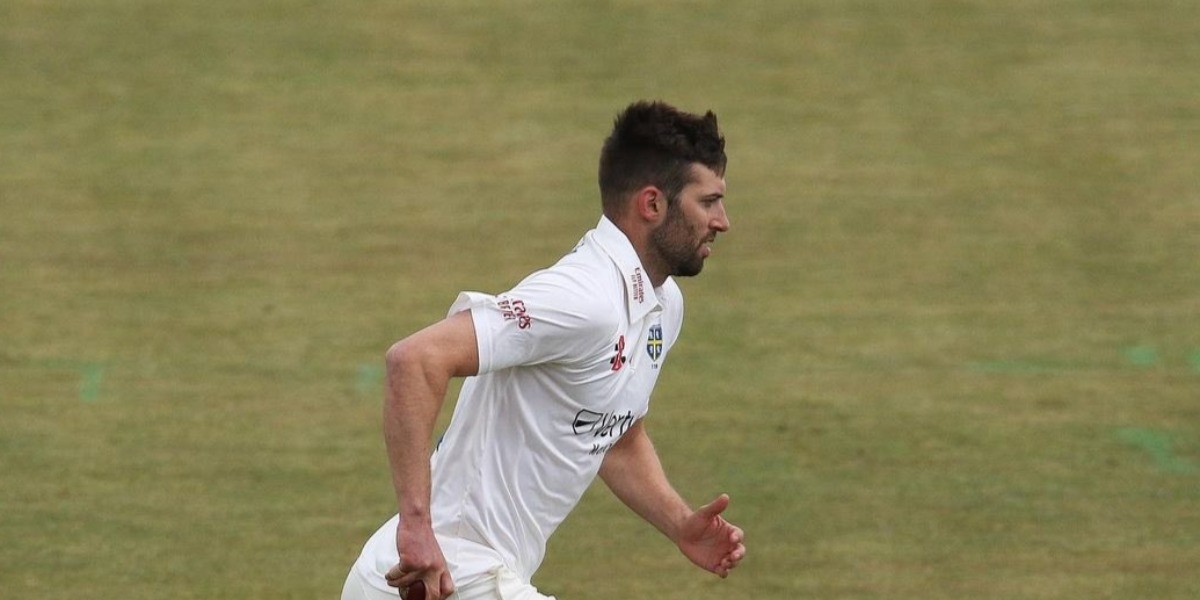 Pacer Mark Wood felt that putting in 100 per cent for the England jersey is non-negotiable as he hoped that the Three Lions can win the final and fifth Ashes Test in Hobart beginning on Friday.

Wood, who claimed eight wickets from three Ashes Tests at an average of 37.62, was pleased with his efforts in the series and felt he deserved more from the drawn Sydney Test where he returned 1-76 and 2-65.

"Personally, I feel pleased with my efforts but when you're playing for England, effort should be should be given," Wood said. "It's non-negotiable. You should be giving everything you've got, every time, and I've tried to give 100%. I would like more wickets in the end column but, especially in the first innings at Sydney where I only picked up one wicket, I felt I bowled really well."

Wood was also satisfied with his prolonged run in the series where he didn't face injuries like he did in the past. The speedster spoke about changing his run up which has helped him prevent injuries without compromising on his raw pace.

"Maybe it has proved things wrong but, at the same time, I understand why people would think that when you look at my record," Wood said. "But since I've changed my run-up, things have been different. As a fast bowler, you're probably never 100% and you carry niggles, but I'm really pleased with how I've stood up in terms of injuries, and the medical team have been fantastic with me."

"I look forward to trying to play four games out of five. This is one last big push for me to try and keep my speeds up and offer that to the team. It's all well and good playing the games, but it's wins and wickets I'm after, so that's my priority."

In the series, Wood had the most success against world no.1 Test batter Marnus Labuschagne by getting him out thrice. However, he felt his success in getting the prized wicket is just a moral victory as England failed to win a Test in the Ashes so far.

"It would be a moral victory if he was getting out and we were winning, but he's still contributing to them winning," Wood said. "They're still getting more scores than we are and we're still not bowling them out, so it's important that we turn that around.

"I noticed he was changing his technique [in the second innings]," Wood said. "His back foot was coming across more, opening himself up a little bit [because] I was trying to be wide on the crease. Luckily I got him again but it wasn't the greatest ball, it bounced a bit on him, and might have hit a crack."

England are set to bring back Rory Burns for out of form opener Haseeb Hameed to partner Zak Crawley. Jos Buttler is already out of final Test due to a fractured finger while Jonny Bairstow (broken thumb) and Ben Stokes (side strain) are also doubtful to play. Wood was confident that the Stokes and Bairstow will play in Hobart after looking in the training.

"They're in good spirits so far, and both of them are pretty obvious characters to tell if they're not," he said. "They've seemed happy and they've trained as normal, and they are two characters that don't give up easy, so we'll just have to see how they train tonight."

Wood expressed his disappointment at losing the Ashes, but hoped for a better result when they return to Australia later this year for the T20 World Cup.

"When you're disappointed, sat in the dressing room, it's not a nice place to be. When we come out here for the T20 World Cup, we'll be coming out here to win, and we're here to win in this last Test match as well. We haven't performed very well on this trip, but this gives us a chance to show some fight, and some character, and stand up for England."