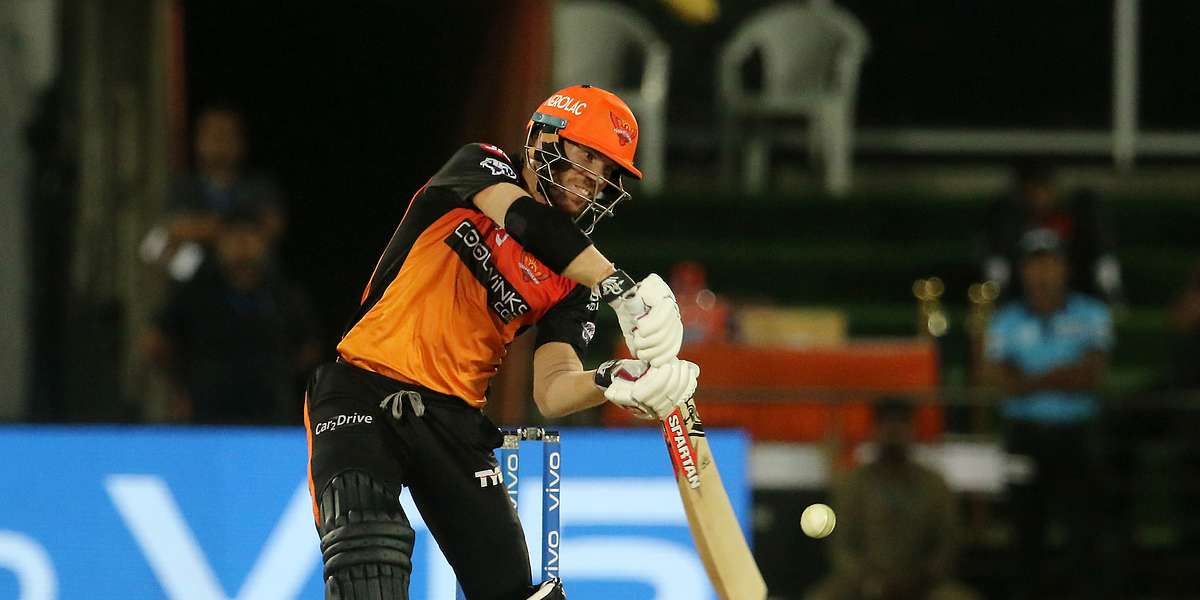 It’s the start of a new Indian Premier League (IPL) season for both Sunrisers Hyderabad (SRH) and Royal Challengers Bangalore (RCB) as they face each other at the Dubai International Cricket Stadium on Monday. The most famous meeting between the two teams from southern India came during the 2016 IPL final which was won by the team from Hyderabad.

Overall, SRH have the edge, having won eight matches out of 14 against RCB. When you look at the last five games between the sides, SRH come out on top again, with a 3-2 lead. 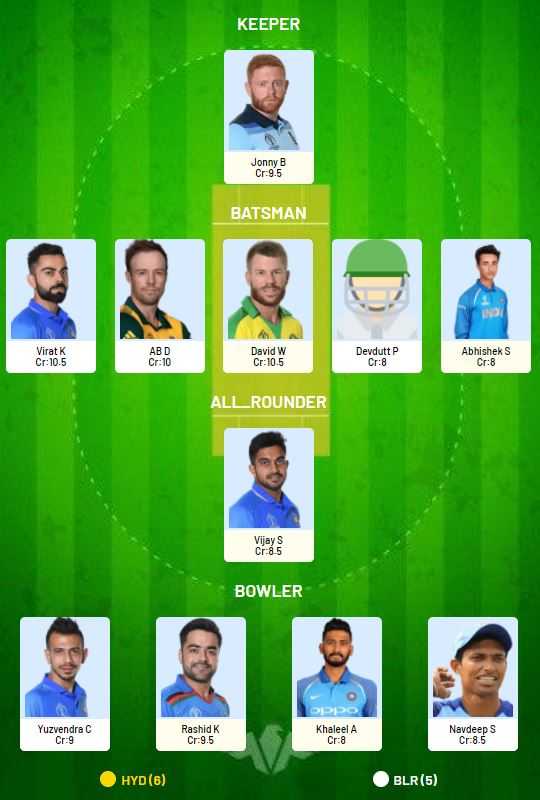 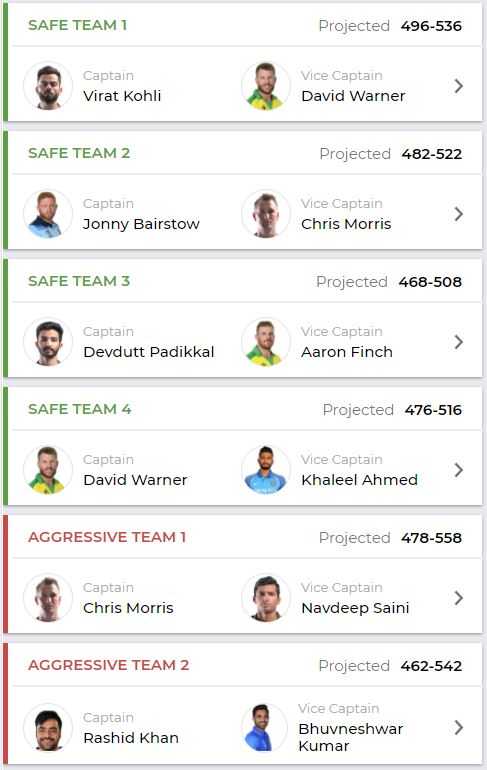 Since 2018, among the three stadiums that will host matches in the 2020 IPL, Dubai has been slightly friendlier for bowling when compared to the other two.

Wickets have fallen every 21.5 runs and every 17.3 deliveries during the aforementioned period – from a bowling viewpoint, these are the best numbers among the three stadiums.

How teams adapt to the conditions will have a big say this season as the environment is quite different to the one that they would have faced in India. Franchises would have made their teams with players who would have been beneficial on their home pitches and conditions, but that has been thrown out of the window now.

For the Royal Challengers, whose home stadium is M. Chinnaswamy Stadium – where the average run-rate in T20 cricket since 2018 has been 9.2 – this will be a big shift as conditions in Dubai aren’t expected to be as good for batting. 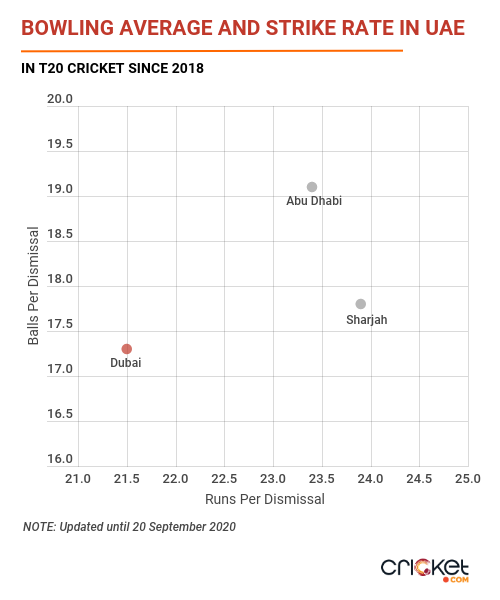 Since 2018, at the Dubai stadium, captains winning the toss have opted to bowl first in 33 out of 52 matches. But there’s barely any difference when it comes to the final result with teams batting first winning 26 times and teams chasing winning the other 26 matches.

The quicker bowlers also have a better strike rate in Dubai since 2018, having taken a wicket every 18 deliveries compared to a strike rate of 20.7 for the spinners. When it comes to bowling average, there is hardly a difference between pace (22.9) and spin (23).

In Sunday's match between Delhi Capitals and Kings XI Punjab which was held at this stadium, 10 wickets were taken by pacers and four by spinners.

Being the first game of the season for the two teams, it’s tough to predict the playing XIs for both as well, so wait until the toss to make your final team. 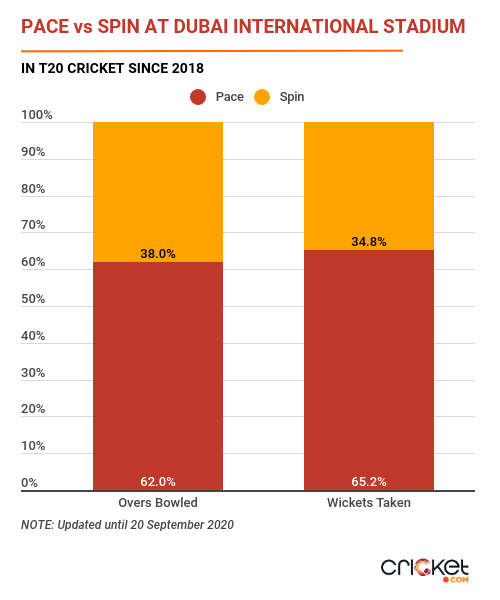 SRH’s batting, in the recent past, has been heavily reliant on David Warner and RCB will be hopeful that their new-ball bowler Umesh Yadav has success against the Australian opener this time. While Umesh has dismissed Warner thrice, a batting strike rate of 160.78 indicates that the SRH captain has had no problems in scoring quickly against the RCB pacer. 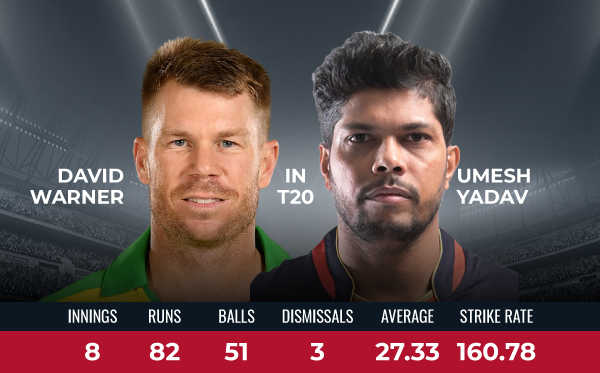 After a poor start last season, Manish Pandey established himself as SRH’s number three in the latter part of the season. His role in this team could be to play as the anchor and it is likely he’ll come up against RCB spinner Yuzvendra Chahal. So far, in T20 cricket, Chahal has won the battle as the numbers below indicate. 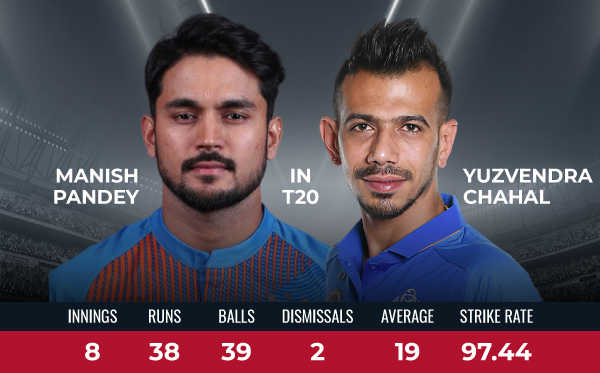 Virat Kohli facing up against Rashid Khan is certainly a battle of superstars. Both are among the top players in world cricket currently and this is perhaps the contest fans are most looking forward to in this match. Rashid has bowled only 14 deliveries to Kohli in T20 cricket so far and has kept the RCB skipper quiet, dismissing him once as well. 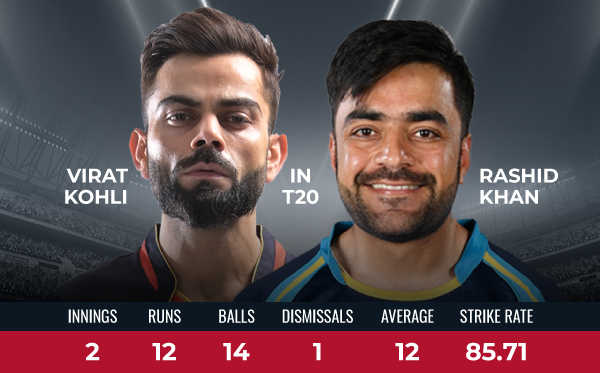 It’ll be interesting to see what role AB de Villiers plays for RCB this season – will he continue batting at three or will he move down a spot and be the finisher for the team? Either way, he might come up against Bhuvneshwar Kumar who has been one of the outstanding bowlers in the IPL over the years. De Villiers has a strike rate of 152.5 against Bhuvneshwar but has been dismissed twice in 40 deliveries. 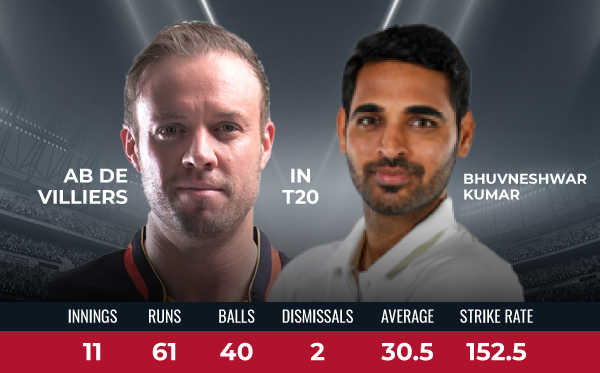 In the last five IPL seasons, David Warner has won the Orange Cap thrice. In the two seasons he did not win the award, he was once not part of the tournament at all and, in 2016, he secured his best runs tally in the IPL (848) but did not win the top batting award as Kohli scored 973 runs. Since Warner joined SRH in 2014, no-one has scored more runs than him in the IPL (3271) – this, despite him missing one full season. With such consistency, it’s tough to look past him as captain. 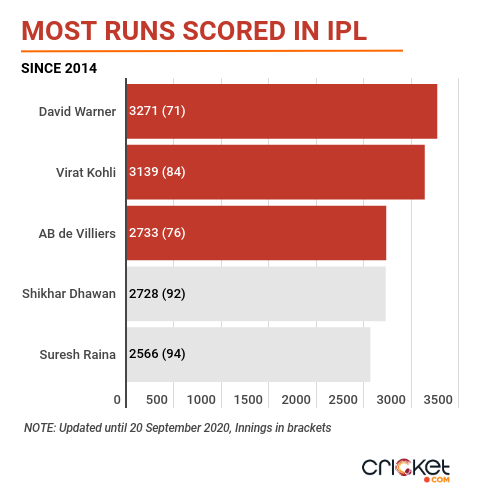 Behind Warner on the IPL top run-scorers list since 2014 is Virat Kohli. When you consider the league since its inception in 2008, then no-one has scored more runs (5412) than the RCB captain. Like Warner, Kohli’s forte is also consistency. Since IPL 2010, he has scored 300+ runs in every edition of the tournament. He has a batting average of 45.82 against Sunrisers Hyderabad, only against Delhi Capitals (63.46) does he average more in the IPL (minimum – 10 innings).

Rashid Khan is the highest-ranked bowler in T20I internationals. Since he started playing in the IPL in 2017, only Jasprit Bumrah (56) has taken more wickets than him (55). And in each of the three seasons, Rashid has taken at least 17 wickets. At times, he can contribute with the bat too which is an added bonus. The only concern with Rashid is whether batsmen will try to play him out and not try to score many runs against him, which could lower his wicket-taking potential.

In conditions that usually didn’t favour him at the M. Chinnaswamy Stadium, Yuzvendra Chahal performed admirably. This time around, with the IPL being held in UAE, pitches are expected to assist spin more and hence Chahal will have an even more crucial role to play for RCB. In the five IPL matches he played in the UAE in 2014, he picked up seven wickets at an average of 14.4 and a strike rate of 16.3. It was the first glimpse of Chahal in an RCB jersey. Six years on, as the IPL returns to UAE, he is an experienced member of the team and has established himself as one of the top limited-overs spinners in the world.