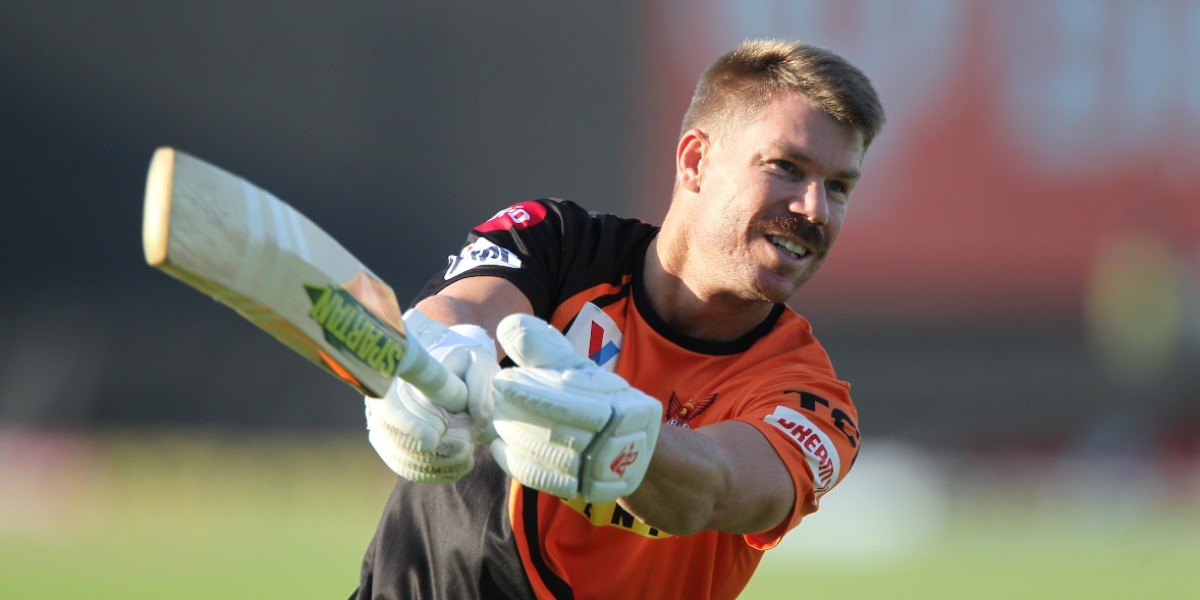 Sunrisers Hyderabad and Royal Challengers Bangalore will face off at the MA Chidambaram Stadium in Chennai on Wednesday (April 14). It will be the second game of the season for both teams. While SRH lost their first match against Kolkata Knight Riders, RCB will be on a high after getting the better of the defending champions Mumbai Indians.

When we consider past games between the two teams in the IPL, then the side from Hyderabad come out on top, having defeated RCB 10 times in 17 matches. In contests in the previous two seasons too do Sunrisers have the upper hand, having won three out of five matches. 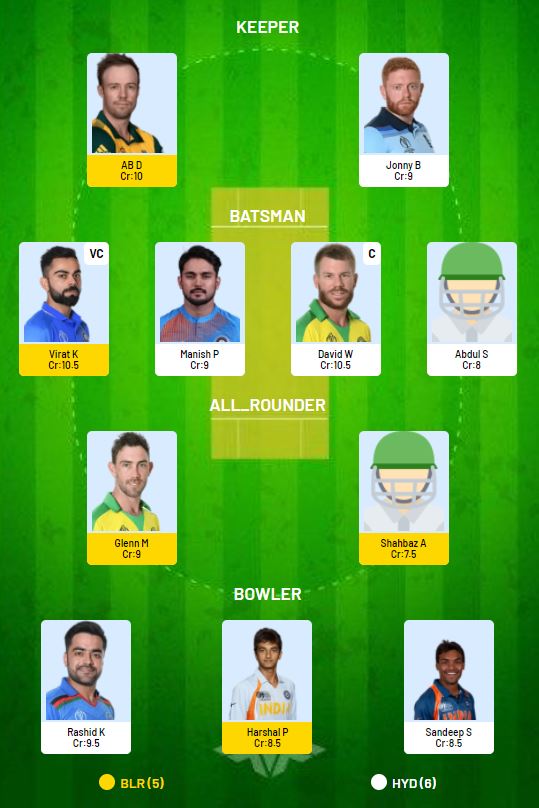 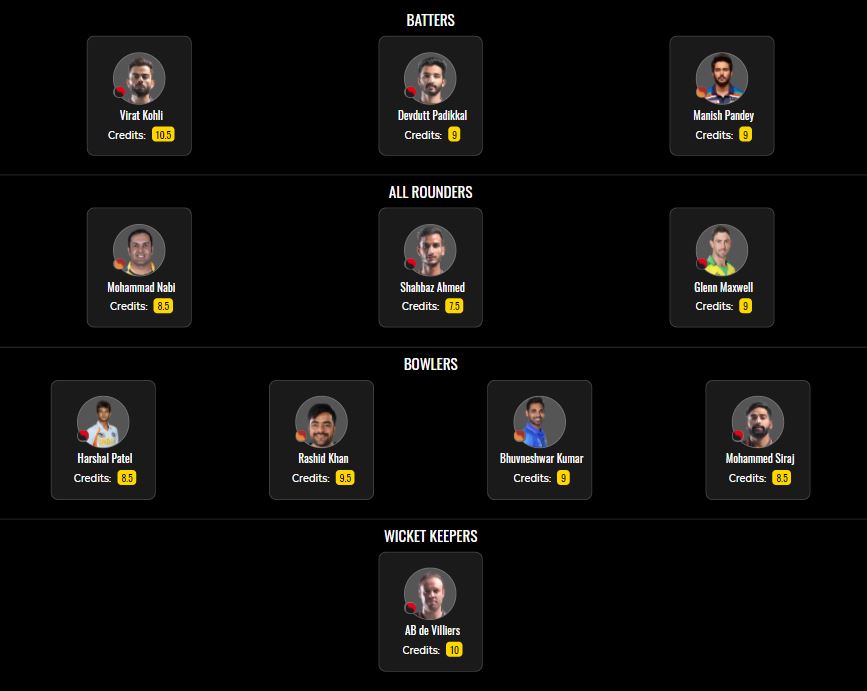 As of April 12, there have been two matches completed at the MA Chidambaram Stadium in Chennai so far this season. In those games, 683 runs were scored across the four innings at an average run-rate of 8.5, while a wicket fell every 24.4 runs and 17.1 deliveries.

Scoring has been slightly easier here this season, when compared to the numbers from recent years. Since 2019, across all T20 matches at the venue, the average run-rate has been 7.4. The batting average (24.3) during the same period has been slightly on the lower side, but wickets tend to fall at a rate (19.7 balls per dismissal) which is closer to the median. 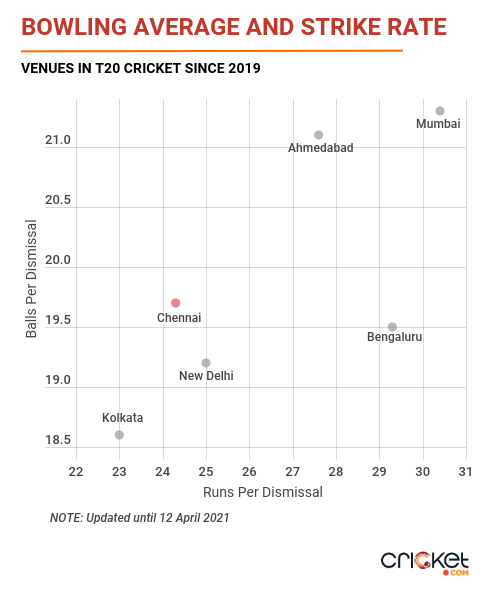 In IPL 2021 so far, pacers have been more of a wicket-taking threat than spinners in Chennai. The pacers have taken 17 wickets out of the 24 to fall to the bowlers, and they possess a superior bowling strike rate as well – 17.3 versus 26.6 for the spinners.

But since 2019, as the graph below shows, spinners have been more successful at this venue in T20 cricket. Hence, we have selected a good mix of pacers and spinners in our team.

As Virat Kohli, AB de Villiers and David Warner are all 10 or above credits on FanFight, team balance becomes a bit of an issue for this game. If Shahbaz Ahmed plays, he’s a good option to consider as he’s available at 7.5.

If Devdutt Padikkal plays, you might want to pick him in your team. 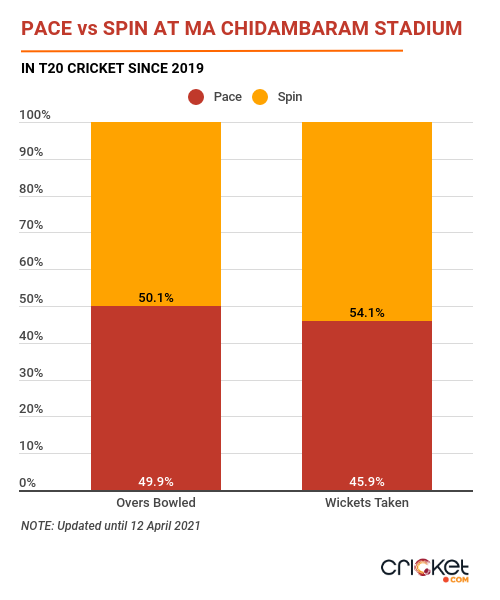 Manish Pandey coming up against Yuzvendra Chahal is a battle we could see during the Powerplay or the middle phase of SRH’s innings. Both players will be keen to impress with a T20 World Cup scheduled later in the year. So far, in T20 cricket, Pandey hasn’t done well against Chahal, with the leg-spinner dismissing him four times in 53 deliveries while the batting strike rate is just 84.9. 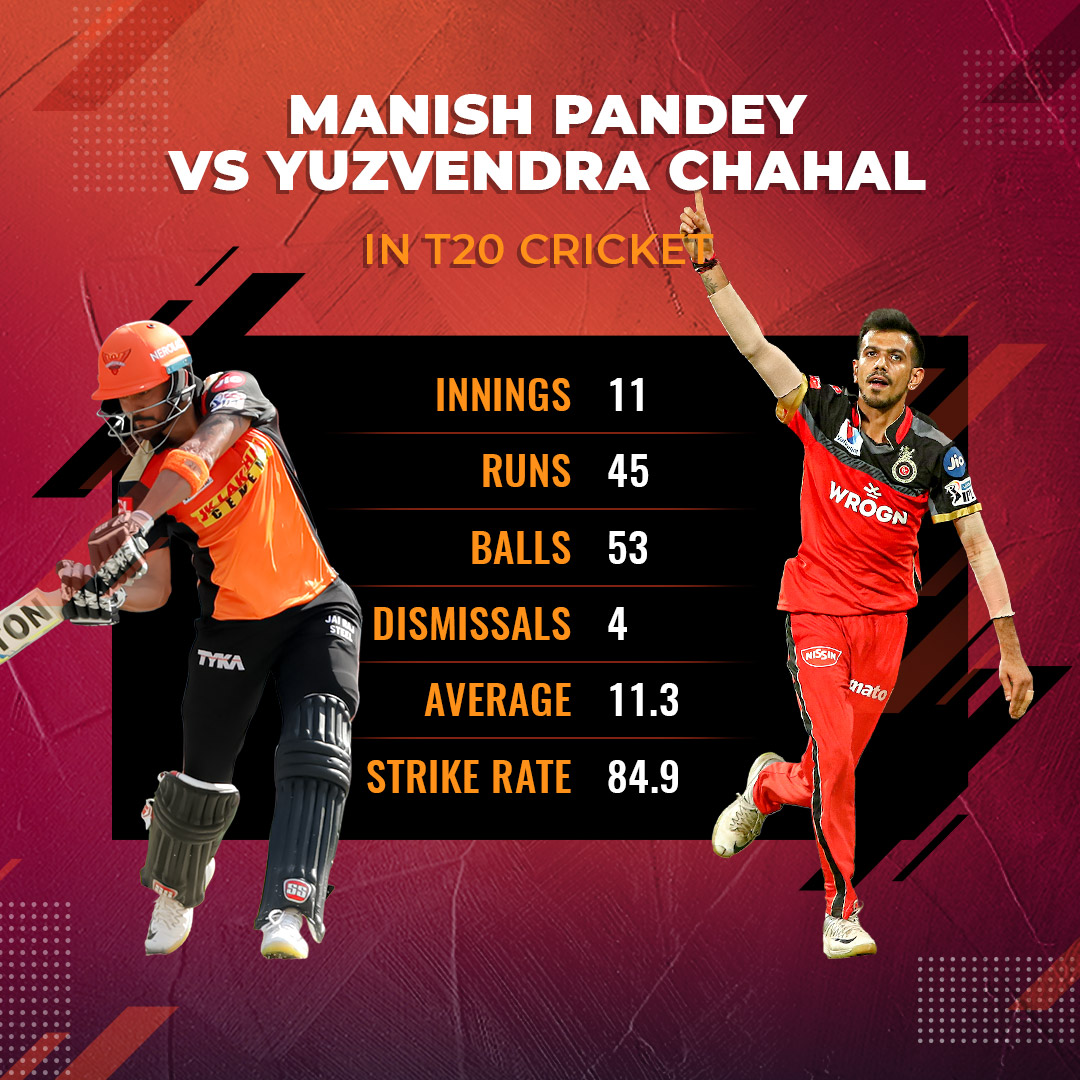 There aren’t many fast bowlers Virat Kohli struggles against, but he has had his troubles while facing Sandeep Sharma in the past. Sandeep has bowled to Kohli in 13 T20 innings so far and has managed to dismiss the India and RCB captain seven times. Kohli averages just 10.4 in the 20-over format against Sandeep, something he will be hoping to correct this time around. 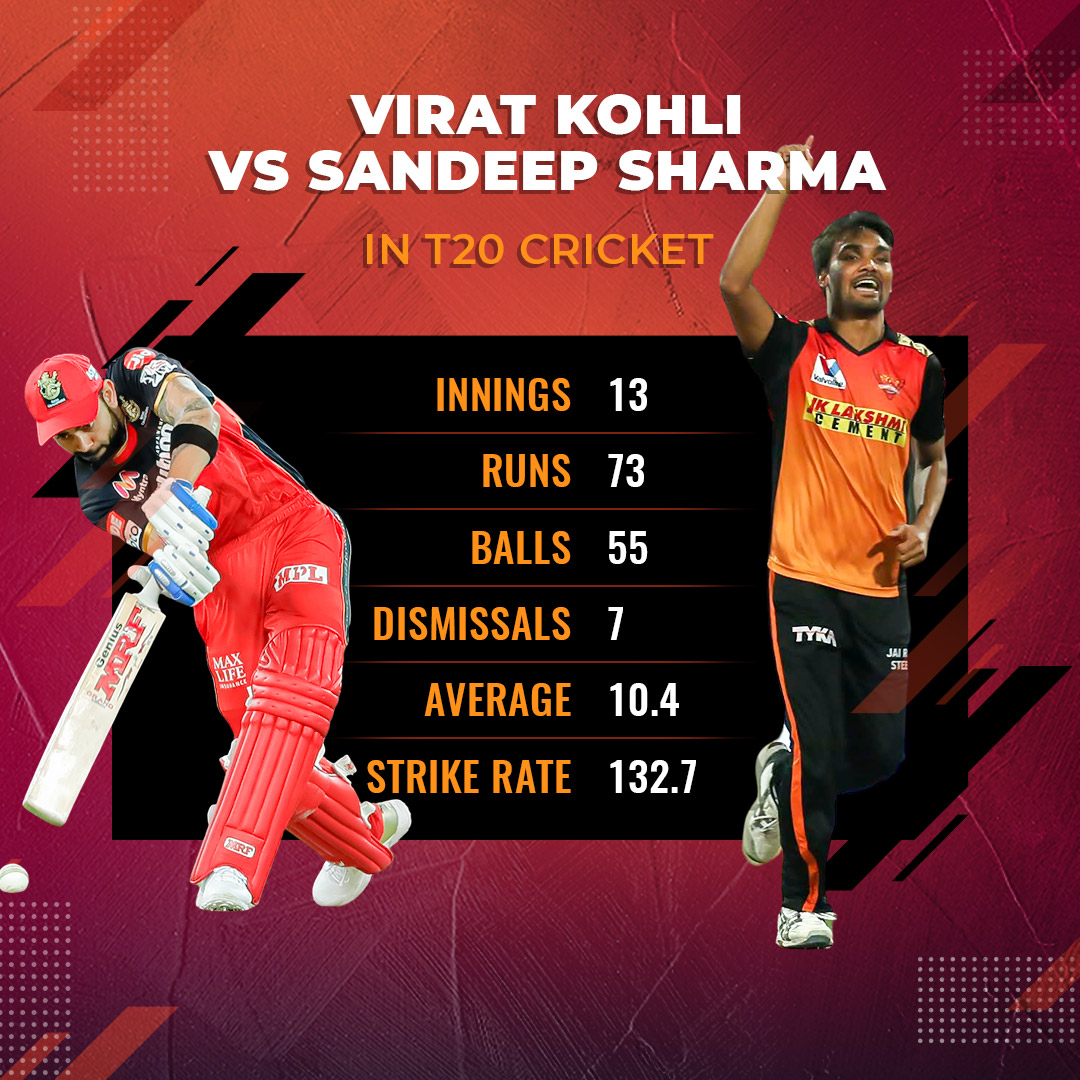 David Warner might not have got off to the best of starts in IPL 2021, but he has been one of the most consistent batsmen in the tournament over the years. In three of the last five editions he has played in, he has won the Orange Cap. Since joining SRH in 2014, he has scored 593 runs at an average of 59.3 and strike rate of 165.6 against RCB, with eight 50+ scores in 12 innings.

Our Criclytics player projector predicts Warner could score 22-33 runs in this match.

With Virat Kohli opening the batting this season, he’s one player who is very tough to ignore as far as fantasy cricket goes. In the IPL, he has scored 2378 runs at an average of 47.6 and strike rate of 139.7 while opening the batting. Kohli got off to a start in the first match against MI, scoring 33, but wasn’t able to kick on and get a big score.

Our Criclytics player projector predicts Kohli could score 23-34 runs in this match.

Sandeep Sharma is another SRH player who didn’t enjoy a great start to IPL 2021 as he conceded 35 runs from just three overs. But we’ve kept faith in him because of his stellar record against RCB. Against the team from Bengaluru, Sandeep has taken 23 wickets in 15 matches at a strike rate of 14.6. Since joining SRH in 2018, he has taken 38 wickets in 37 IPL games.

Our Criclytics player projector predicts Sandeep could take 1-2 wickets in this match.

AB de Villiers was in scintillating form and played a massive role in RCB’s victory against MI, with a quickfire 48. The only thing that counts against de Villiers in fantasy cricket is whether he’ll get enough time to bat, but a player of his class usually makes the most of any situation. The fact that he is also on wicketkeeping duties is an added bonus as he can get some valuable points there.

Our Criclytics player projector predicts de Villiers could score 18-27 runs in this match.