Sunrisers will be window shopping in the upcoming auction 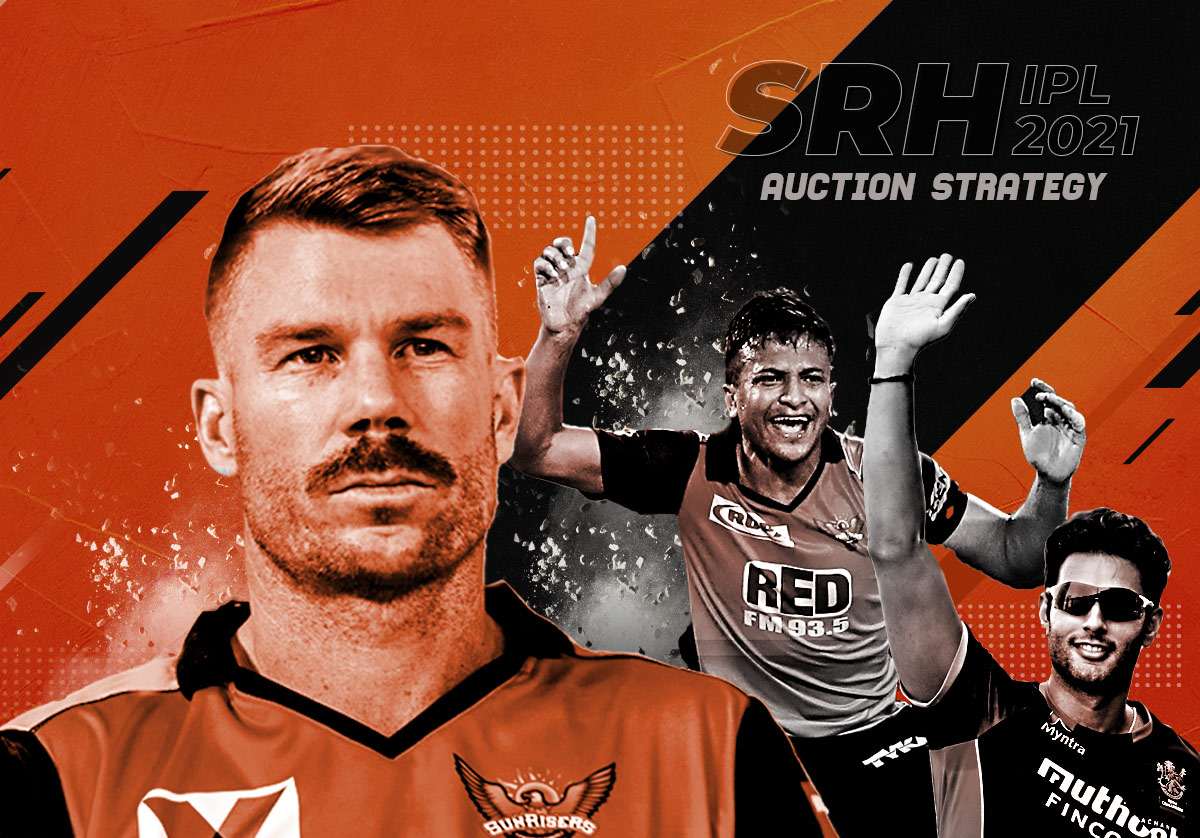 Sunrisers will be window shopping in the upcoming auction

No matter what you throw at them, Sunrisers Hyderabad find a way to overcome it. A non-existent middle-order and an injured pace spearhead did not deter them in a tough 2020 season. They won their last four games on the trot to finish an impressive third.

SRH’s skipper David Warner remains their most important player and they found an unlikely hero in Wriddhiman Saha to open alongside him. Kane Williamson oozed class in tough conditions in UAE and Jason Holder could have ended as the tournament’s MVP had he played more games.

On the bowling front, T Natarajan was one of the finds of IPL 2020 while Rashid Khan continued doing what he does best. With Bhuvneshwar Kumar back in the squad along with the underrated Sandeep Sharma, SRH have one of the strongest bowling unit in IPL.

All in all, under the circumstances of a mini-auction, SRH have all the bases covered and seem a well-settled unit already.

SRH best XI based on the current squad- 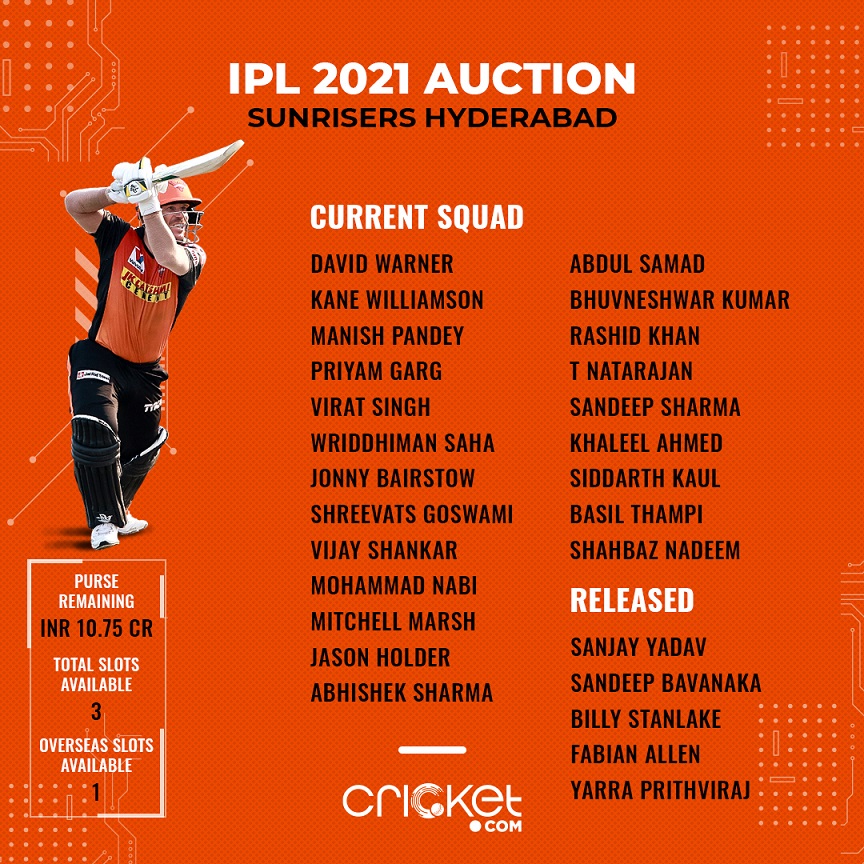 Going into the auction for the 2021 season, SRH released five players, none of whom played even a single match in IPL 2020.

The only name that is a tad surprising is Fabian Allen who is an up and coming all-rounder. He has a good T20 strike-rate of 159.2 with the bat and has bowled his slow left-arm orthodox at a decent economy of 7.9.

Billy Stanlake is another known commodity in the international circuit but SRH do not have room to spend their overseas spot on a pacer.

Hence SRH have only three slots to fill, one of them being overeas. Their remaining purse of 10.75 is the joint-lowest along with KKR.

With minimal releases and a settled unit, SRH will primarily be in the auction for window shopping. At best they need players in replacement roles for last-minute injuries or form issues.

Most of the firepower with the bat lies at the top of the order for SRH. Owing to inexperience in the lower-middle order, they have never been as belligerent in the last five overs as the other teams. In IPL 2020, SRH’s run-rate of 8.96 in the death overs was the least. 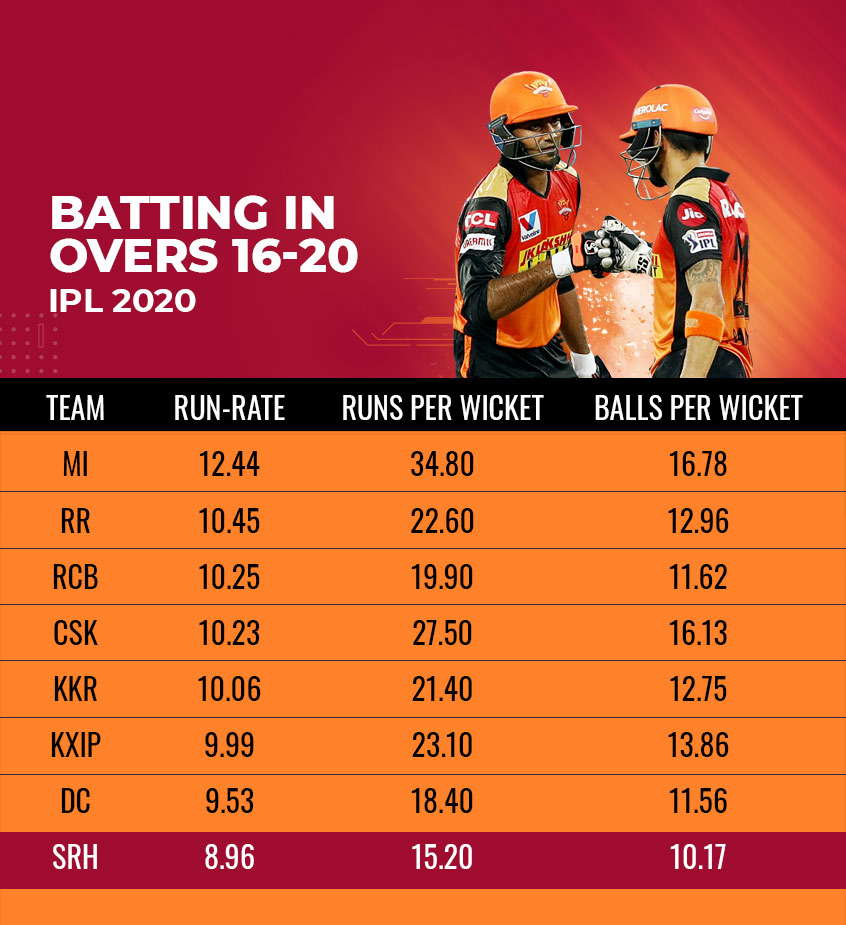 Players they can target - If they do opt for an overseas recruit, they might go for Shakib Al Hasan.

In a team filled with pacers and seam bowling all-rounders, Shakib will be a good company for Rashid and more than a handy batsman in the middle-order that has right-handers one after the other. He also has the experience of being in SRH set-up before.

He can get in the XI to replace the position that Holder or Marsh might occupy. The two seam-bowling all-rounders can play wherever the conditions suit them more.

While some can even argue that SRH can go for Glenn Maxwell, they already have a similar player in Mohammed Nabi. The Afghan all-rounder is a better off-spinner than Maxwell and more than a handy hitter in the lower-order.

SRH would wish for Shakib in their squad but one cannot be sure if they have the budget to sustain his bid in the auction.

The two main Indian all-rounders in the SRH squad are Abhishek Sharma and Vijay Shankar. Whenever they played in 2020, they formed the sixth bowling option and at times, Sharma even served as the second spinner after Rashid Khan.

However, they are not gun players by any means, at least in one department each. In the five innings he batted in IPL 2020, Shankar played with a mediocre strike-rate of 101. While Sharma bowled at a high economy of 9.1 in six innings. Among players who bowled overs in double digits for SRH in IPL 2020, only Sharma and Khaleel Ahmed had an economy above nine.

Hence, SRH might be tempted to buy any Indian all-rounder available in the auction.

Players they can target - The two players whom SRH should bid for are Shivam Dube and Krishnappa Gowtham. Neither of them have numbers to back their inclusion but if they click as they are expected to at some point of time in their career, they can serve a specific purpose.

If Dube delivers decent returns as a sixth bowling option, SRH can free up the spot occupied by Holder or Marsh if they wish to include an extra spinner in Nabi. If they get Gowtham, they might not need to play Nabi to accommodate certain match-ups and can choose their foreign all-rounder based on the opposition and the pitch.

While these options will further strengthen the SRH unit, their attendees at the auction can afford a nap or two during the event.