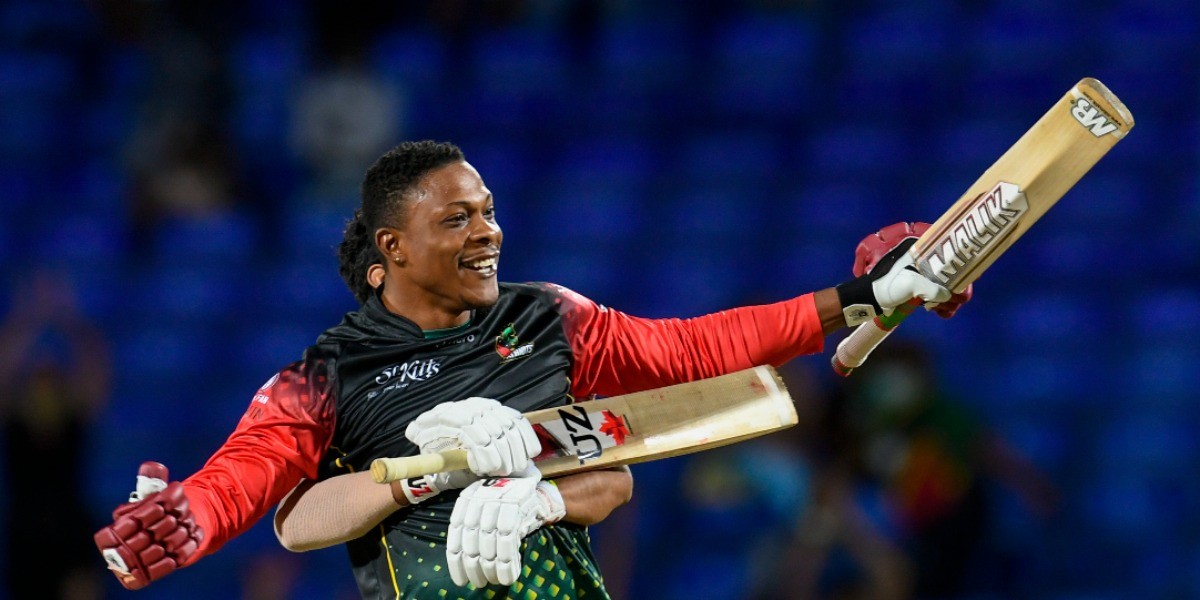 Needing 4 off the last ball, Sheldon Cottrell smashed Ashley Nurse for a six to keep the Patriots' perfect start intact

St Kitts & Nevis Patriots maintained their unbeaten start to the 2021 Hero Caribbean Premier League (CPL) with a remarkable final ball win over Barbados Royals, who suffered their fourth defeat of the tournament.

The Patriots won the toss and opted to bowl, taking wickets at regular intervals as the Barbados Royals posted 160-8, with Smit Patel, making his Hero CPL debut, top scoring with 54.

The Patriots stumbled in their chase, though a returning Chris Gayle top scored with 42 runs, and a defeat seemed likely until Sheldon Cottrell and Dominic Drakes put on an unlikely partnership with the bat, which culminated with Cottrell striking a six off the last ball for a dramatic win in front of the home crowd.

Barbados Royals had a steady start to their innings, Johnson Charles and Patel patiently accruing runs after the early dismissal of Shai Hope. Patel would eventually reach his half century, while captain Jason Holder later made a quick cameo of 19 runs from his 7 balls.

DJ Bravo, captaining the side, showed all his craft and guile in the format to take four wickets and stop Barbados Royals from piling on the runs towards the end of their innings. There were also impressive contributions with the ball from fast bowlers Cottrell and Netherlands international Paul van Meekeren.

St Kitts & Nevis Patriots were controlled as they started their innings, losing Evin Lewis in the Powerplay overs, but rebuilding with Devon Thomas and Gayle. It was another Hero CPL debutant, wrist spinner Jake Lintott, who made valuable inroads by first dismissing Gayle, and then the dangerous Sherfane Rutherford two balls later.

20-year-old Nyeem Young dismissed the rest of the middle order and it seemed like the Patriots would not be able to chase the target. However, the late onslaught from Drakes and Cottrell with the bat ensured St Kitts & Nevis Patriots maintained their superb start to the tournament.