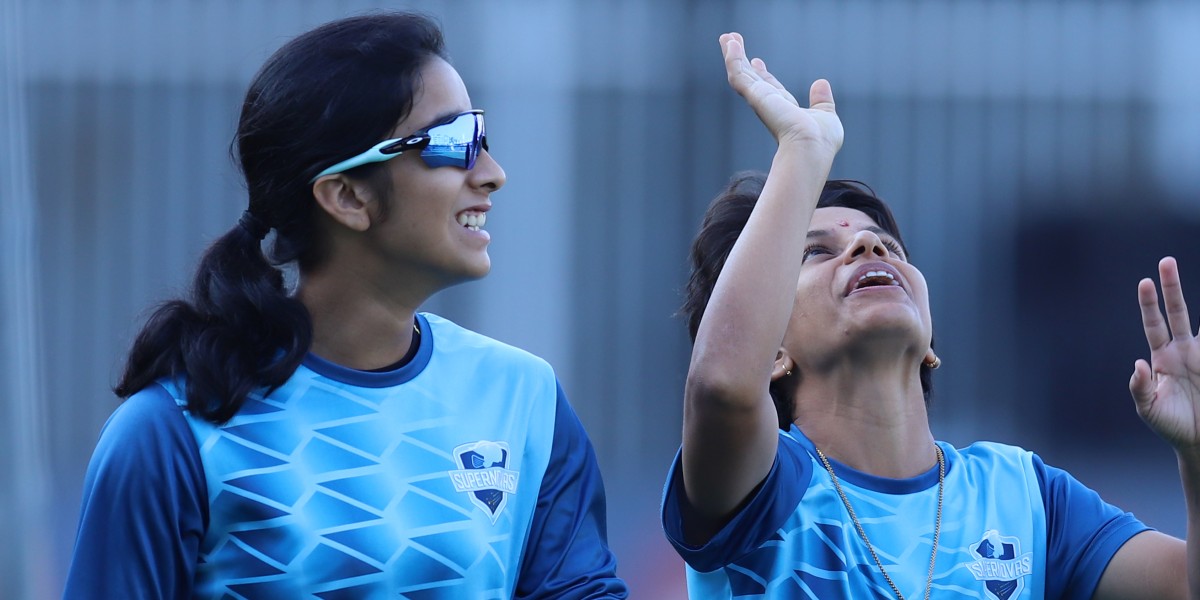 Harmanpreet and Co. need to defeat Trailblazers who are all but through to the final

The equation is pretty simple for Harmanpreet Kaur's Supernovas, beat Trailblazers in the final league game of the Women's T20 Challenge 2020 on Saturday (November 7) and qualify for the final. They will be up against the Smriti Mandhana-led side who thrashed Velocity by nine wickets, with 12.1 overs to spare, in the second match and that has all but taken Net Run Rate out of the equation.

Supernovas, who won the first two editions of the tournament, were beaten by Velocity in the opening encounter despite dominating the majority of the game. The defending champions failed to defend 58 runs in the final six overs and took a severe beating from Sune Luus and Sushma Verma. Due to the tight schedule, Velocity had to return to the venue in less than 12 hours and took on Trailblazers.

Having won their first encounter by a huge margin, Trailblazers (+3.905) are almost through to the final. Supernovas (-0.204) however were involved in a close encounter and all they need now is a simple win, as Velocity's (-1.869) NRR took a severe hit. The only way Velocity can qualify now is if Supernovas defeat Trailblazers by an unthinkable margin.

Talking about Supernovas, the likes of Priya Punia, Jemimah Rodrigues, Chamari Athapaththu and Harmanpreet all looked rusty. The latter two did score some runs but looked far from their best. The surface hasn't been great for batting but the Supernovas team management would expect their top-four to show more intent. They also have some solid allrounders but none of them fired against Velocity.

In the bowling department, Ayabonga Khaka, Shakera Selman, Radha Yadav, Poonam Yadav and Shashikala Siriwardene started well but failed to handle the pressure in the last few overs when Luus and Verma were going all guns blazing. Pooja Vastrakar didn't bowl at all and there's a high possibility that she might be replaced by the experienced Anuja Patil.

Meanwhile, there's not much to talk about Trailblazers who bundled Velocity out for just 47 in 15.1 overs. England's Sophie Ecclestone showed everyone why she is the top-ranked T20I bowler, while Jhulan Goswami, Rajeshwari Gayakwad and Deepti Sharma were also phenomenal. Deandra Dottin then did manage to spend some time in the middle but Mandhana was dismissed cheaply. The stylish left-hander would want to score some runs on Saturday and return to her usual best ahead of the all-important finale.