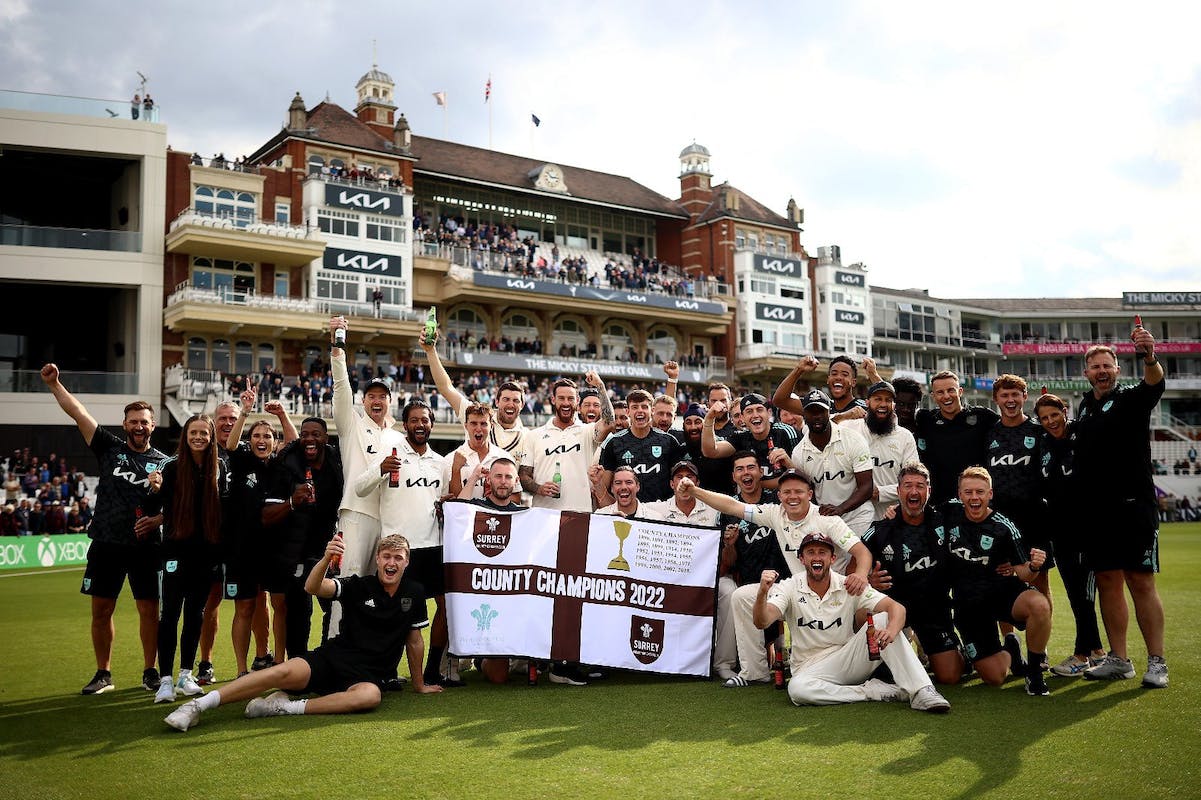 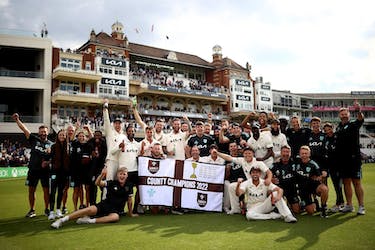 Surrey demolished Yorkshire by 10 wickets inside three days at the Oval on Thursday to win their second County Championship title in five years.

Yorkshire, following on in the four-day match, were dismissed for 208 -- after making 179 in reply to Surrey's first-innings 333 -- with Australian paceman Daniel Worrall taking 4-61.

Surrey captain Rory Burns, discarded by England as an opening batsman, hit the winning boundary to give Surrey a 22-point win that left them an unassailable 27 points ahead of neighbours Hampshire with just one round left to play.

Surrey's eighth win from 13 games this season meant they remained the only county in the Championship's two divisions yet to lose this season, with 11 of the 22 players they used in the 2022 edition developed through the club's own youth system.

Their 21st title came as their south London headquarters was renamed the Micky Stewart Oval in honour of their 90-year-old former captain and manager, the skipper of their 1971 Championship-winning side.

Stewart's son, Alec, is now Surrey's director of cricket and the delighted former England captain said: "We have won this Championship truly as a squad. Often the mark of good sides is the strength in depth and attitude of the whole squad."

For Hampshire, defeat at home to Kent extended the south coast club's 49-year wait for a third Championship title and denied them a double after their Twenty20 Blast triumph in July.

Hampshire have won nine Championship games to Surrey's eight but a third defeat was all but sealed when they were dismissed for just 57 by Kent to concede a first-innings deficit of 108 runs.

Fifties from Joe Weatherley, captain James Vince and James Fuller kept Hampshire in the hunt to chase down a target of 378.

But hopes of adding to their 1961 and 1973 titles were dashed when they were dismissed for 300, with towering seamer Nathan Gilchrist taking 4-60.