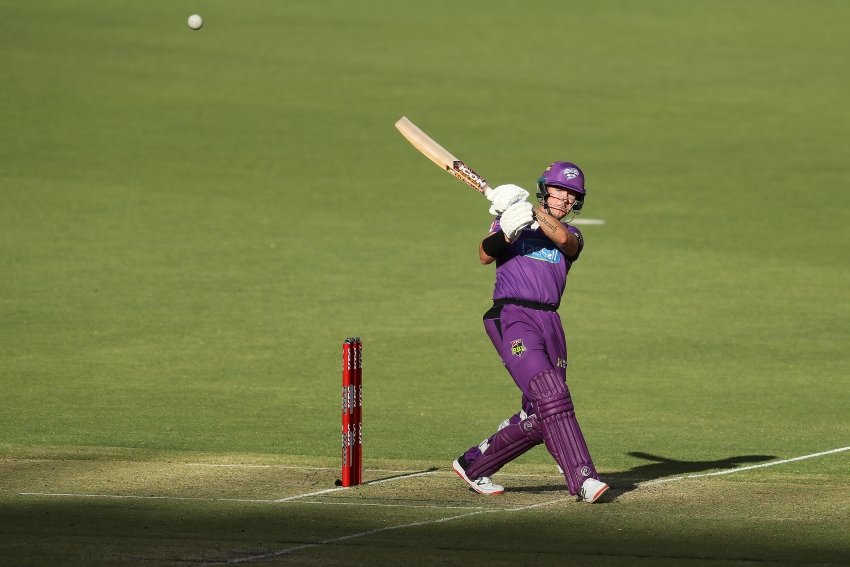 While Sydney Sixers have already qualified for the playoffs, they’d want to confirm a spot in the top two which is very important due to the format that is being used in the Big Bash League. Hobart Hurricanes, meanwhile, have won only one of their last five matches and find themselves outside the top five at the moment. Hence, it’s imperative that they win this game.

Something that should give the Hurricanes confidence heading into this contest is that they have a favourable record against the Sixers – seven wins and five losses. In fact, the team from Hobart have won five and lost only one of the last six completed matches between these two sides. 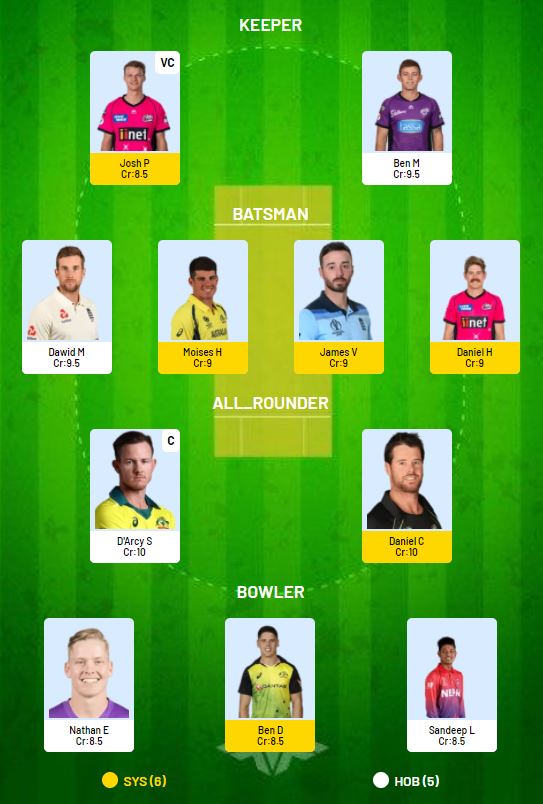 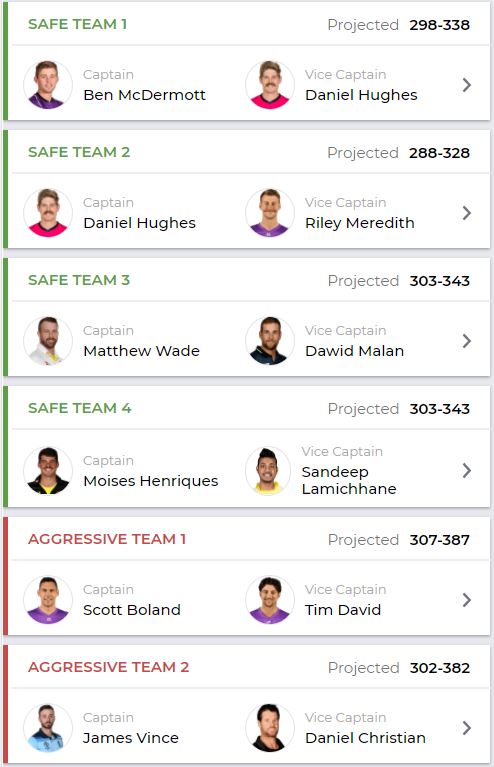 In the three matches held at the iconic Melbourne Cricket Ground during BBL 10, the average run-rate has been 8 which is the joint-lowest among all stadiums. Interestingly, wickets have fallen here at a lesser rate (18.9) than every other stadium as well.

Amazingly, spinners (17) have picked up more wickets than pacers (16) at the MCG so far this season. This is rarely the case at any venue in T20 cricket.

As spinners have a good record at this stadium, we have picked Sandeep Lamichhane over the likes of Scott Boland and Riley Meredith as the second bowler from the Hurricanes line-up. We wanted to include Matthew Wade in our team but didn’t have the budget to do so. It was a difficult choice between Dawid Malan and the Hurricanes captain. 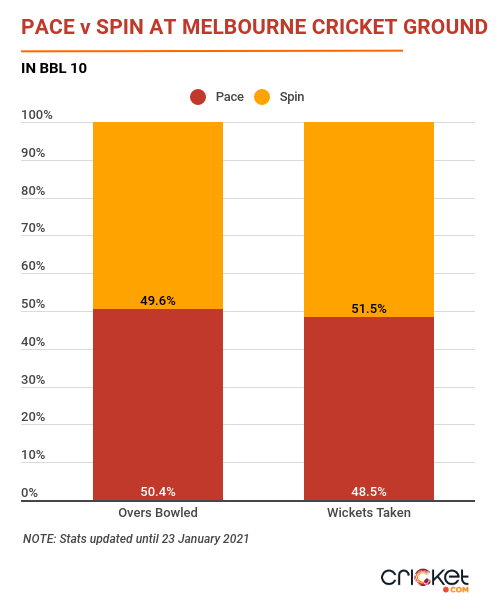 Moises Henriques could come up against Sandeep Lamichhane during the middle overs of the Sixers’ innings and this will be a crucial contest if it does take place. In T20 cricket, Henriques has been dismissed once in 24 balls by Lamichhane but has a healthy strike rate of 175.

Dawid Malan and Daniel Christian are two very important members of their respective teams and they could come up against each other in this game. Christian has done very well against Malan in T20 cricket – dismissing him twice in three innings while conceding 19 runs from 14 deliveries.

We had two names in mind for the captaincy role – D’Arcy Short and Josh Philippe. In the end, we went with the former due to his ability to contribute with the ball as well. While he has been inconsistent with the bat this season, he is coming into this game on the back of two 40+ scores in his last three innings.

Our Criclytics player projector predicts Short could score 16-39 runs and could take 0-1 wickets in this match.

Josh Philippe is having another outstanding season for the Sixers. He is currently the second-highest run-scorer in the tournament, having notched up 441 runs at an average of 36.8 and strike rate of 150. He has also secured 11 catches and one stumping this season which is a good return as far as his wicketkeeping is concerned.

Nathan Ellis is the Hurricanes’ highest wicket-taker this season, having accounted for 17 dismissals in 12 matches. In those dozen contests, 49.6% of his deliveries have been bowled during the last five overs of the opposition’s innings, the phase of the innings when more wickets tend to fall.

Our Criclytics player projector predicts Ellis could take 0-1 wickets in this match.

Dan Christian recently became the first player to play in 100 BBL matches and he is still performing admirably in the competition. He has scored 203 runs and taken 12 wickets this season. Just like Ellis, Christian tends to bowl during the death overs which is good from a wicket-taking perspective.