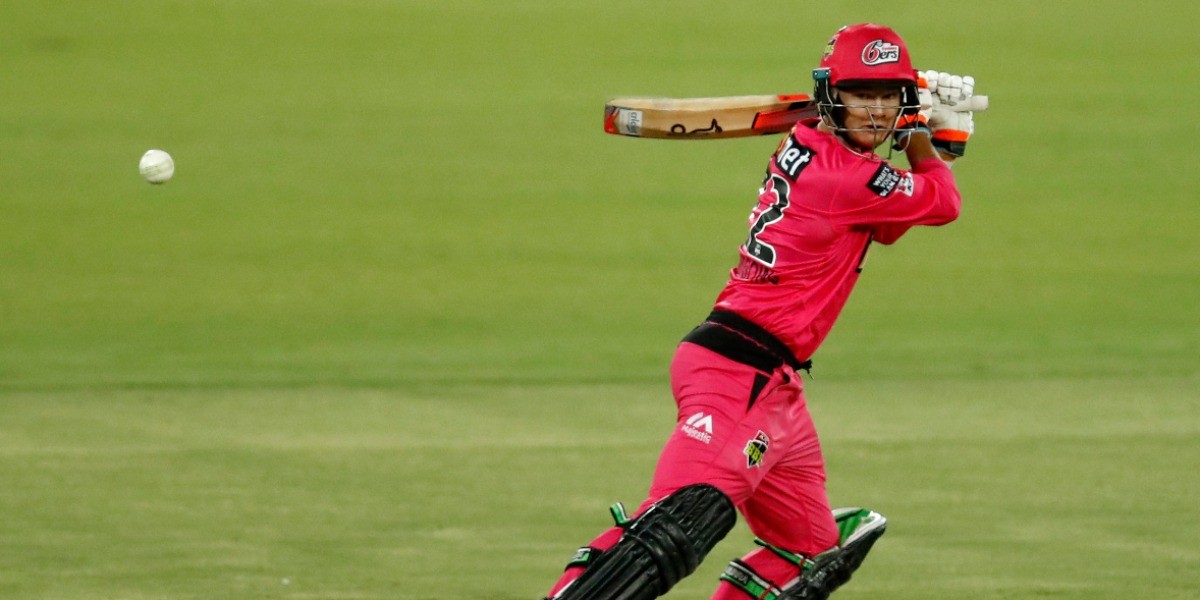 It’s fair to say that the two best teams in the tenth edition of the Big Bash League are meeting in the final. Sydney Sixers and Perth Scorchers ended the league stage as the top two sides and they will face off on Saturday (February 6) to decide the winner of BBL 10. While the Sixers are the defending champions, the Scorchers are the most successful franchise in the tournament’s history, having won the BBL thrice.

The Scorchers have the upper hand when you consider fixtures between the two teams in BBL history, having won 11 out of 19 matches. It must be noted though that the Sixers have won four out of their last five contests against the team from Perth, including two out of the three games between the sides this season. 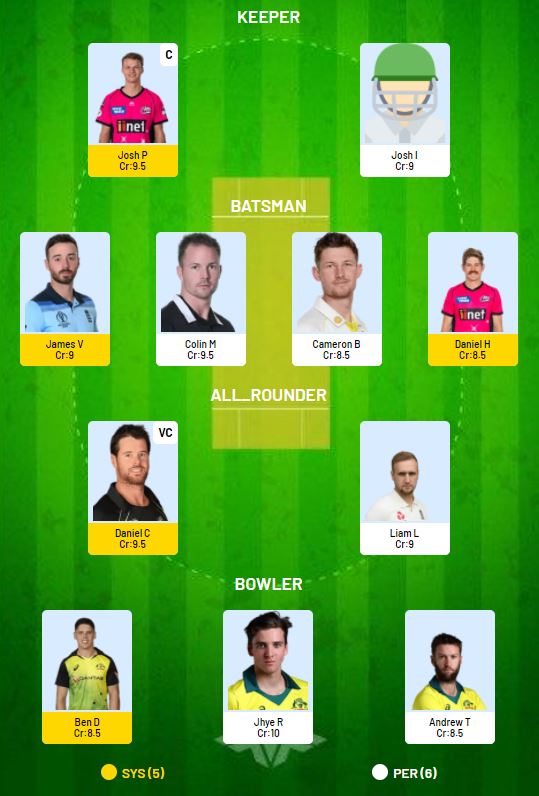 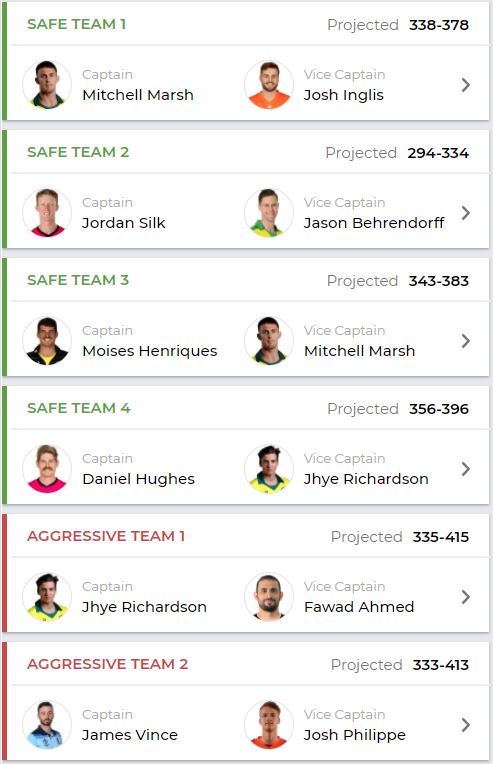 This will be the first match at the Sydney Cricket Ground this season, so we have considered stats over the last two years. Since 2019, there have been 12 BBL matches played at the SCG, with the average run-rate being 8.1 which is a moderate number. The bowling strike rate during the same period here has been 20.8, which is on the higher side when compared to other stadiums in the BBL.

While spinners (7.7) have a slightly better economy rate than pacers (8) at this stadium in the BBL since 2019, wickets are more important when it comes to fantasy cricket. On that front, the fast bowlers (20.2) have a better strike rate than spinners (21.8) during the above-mentioned timeframe. Pacers have bowled 61.7% of the overs and taken 63.6% of the wickets, which is why we have gone with a pace-heavy bowling attack.

If Jason Roy is fit, you’d want to select him above Cameron Bancroft.

There is forecast of rain during the match in Sydney, so watch out for that as well. 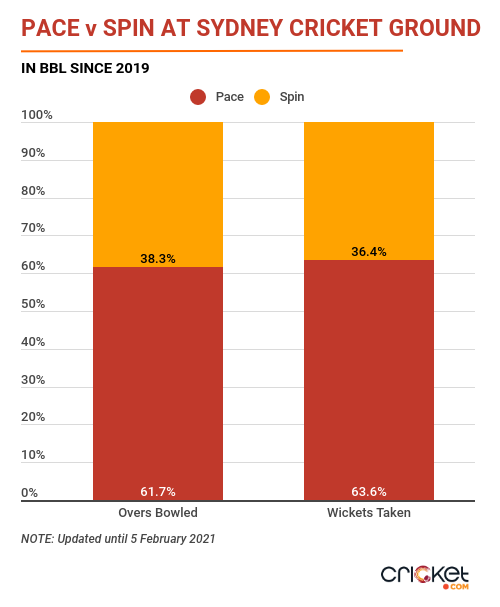 After what transpired at the end of the Qualifier, the contest between James Vince and Andrew Tye is something everyone will be looking forward to. Before that wide that ended the game, Vince had scored 22 runs off 11 deliveries against Tye on that day. On the whole, in T20 cricket, Vince has managed 41 runs from 33 balls across six innings against Tye, while getting dismissed once.

Ashton Turner was dismissed by Ben Dwarshuis in the Qualifier and this is a contest that we could get to see again towards the end of the Scorchers innings. So far, Turner has scored 20 runs in five T20 innings at run-a-ball against Dwarshuis, but the Sixers bowler has dismissed the Scorchers captain twice in those 20 deliveries.

Josh Philippe was named the Player of the Tournament for BBL 10 earlier this week and considering his performances this season, it comes as no surprise. In 15 innings, Philippe has scored 499 runs at an average of 33.3 in BBL 10 and has played a key role in the Sixers making the final. He can also get you points with his wicketkeeping – 15 catches, one stumping and one run-out till now this season.

Another player who has been excellent for the Sixers in BBL 10 is Daniel Christian. He has made crucial contributions as a batsman and as a bowler, scoring 252 runs at an average of 36 and taking 13 wickets at a strike rate of 18.9 this season. It’s because he can contribute in multiple facets of the game that we have selected him as the vice-captain of our team.

Our Criclytics player projector predicts Christian could score 10-27 runs and could take 0-1 wickets in this match.

The Scorchers batted so well in the Challenger against Brisbane Heat that Colin Munro didn’t even get an opportunity to bat. Across the season, Munro has been prolific with the bat, with no other batsman in his team scoring more runs than him (441) in BBL 10. He has done so at a healthy average of 33.9 and has scored 25 or more runs in nine out of his 14 innings so far this season.

While Jhye Richardson has undoubtedly been the star bowler for the Scorchers this season, Andrew Tye has done quite well too. In 15 innings in BBL 10, Tye has picked up 19 wickets at a strike rate of 15.8. Although he went wicketless in the Qualifier against the Sixers, it must be remembered that his best bowling figures (4/20) this season came against the defending champions in a league match.

Our Criclytics player projector predicts Tye could take 0-1 wickets in this match.