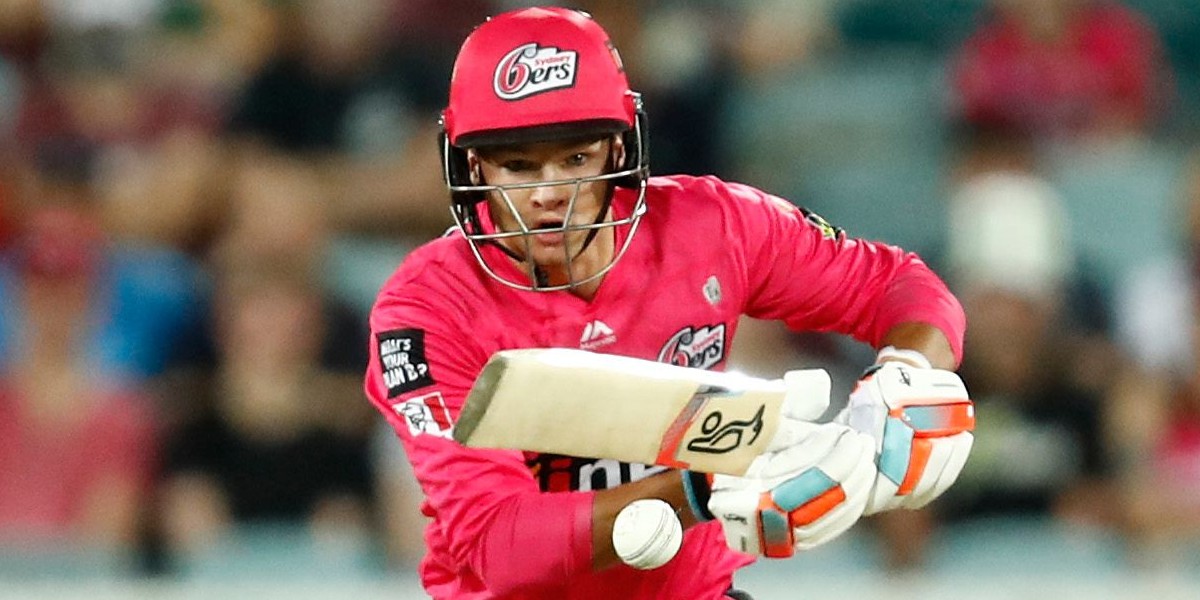 Sydney Thunder will have their task cut out when they take on their cross-city rivals Sydney Sixers in Match No. 48 of the Big Bash League 2020/21 at the Adelaide Oval on Friday (January 22). Having won eight of their 11 encounters, the Sixers are currently sitting at the top of the table. Meanwhile, Callum Ferguson and Co. have won six of their 11 games and are placed in the middle of the points table. 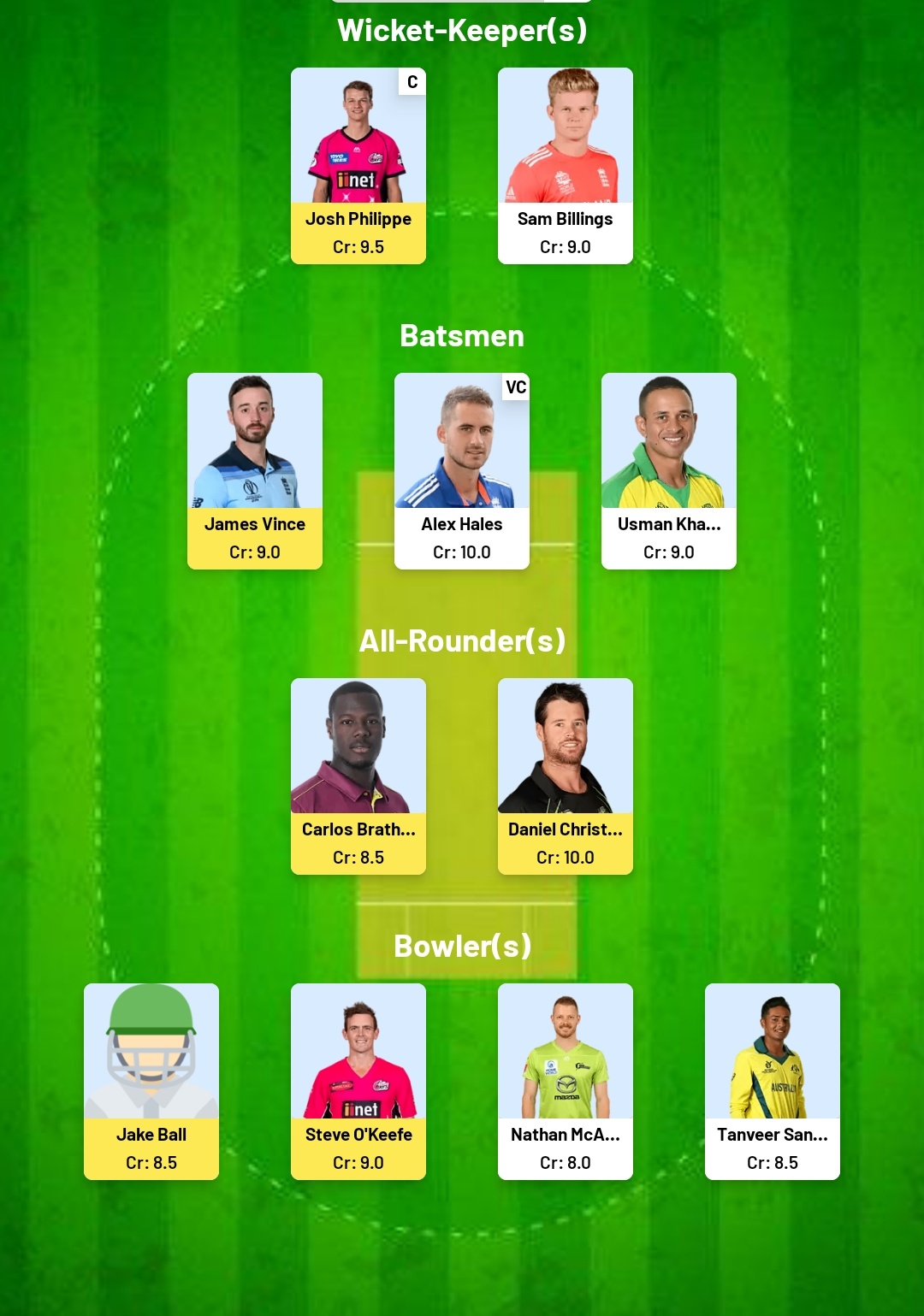 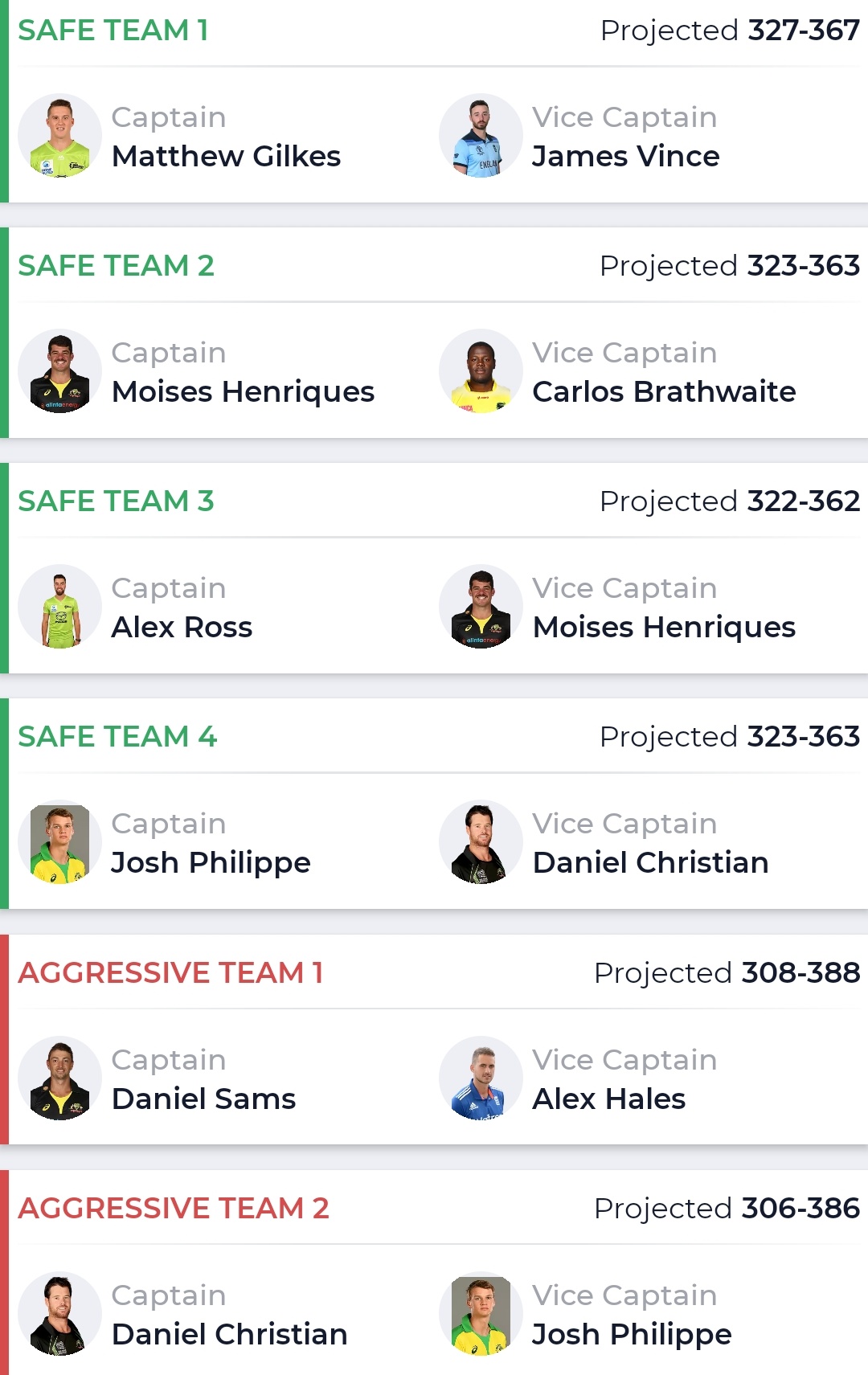 The Adelaide Oval has hosted six games so far in this season. The batsmen here have scored runs at an average of 21.9 and a strike rate of 129.8. Meanwhile, the bowlers have picked up a wicket every 16.9 deliveries. And, they have leaked runs at an economy of 7.8.

Like most venues in the country, the pacers have been better when it comes to picking up wickets at regular intervals, but the spinners have a superior economy rate. In BBL 2020-21, the fast bowlers have picked up a wicket every 16.2 deliveries at an average of 22.1 to go with an economy rate of 8.2 at this venue. The corresponding numbers for spinners are 21, 24.5 and 7 respectively. 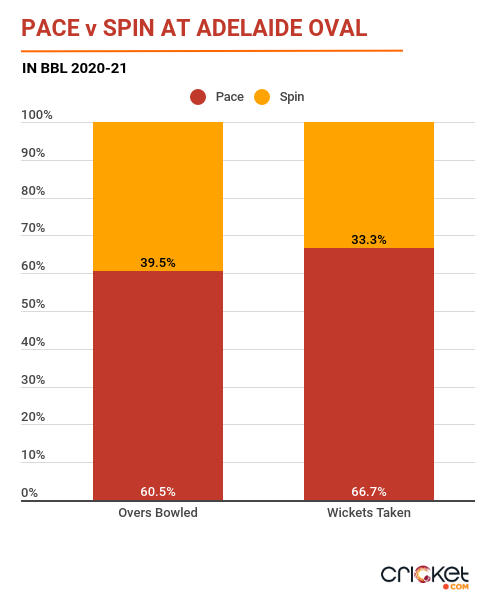 * The Thunder will be without their ace allrounder Daniel Sams for the remainder of the league stage. Sams, who injured his hand while fielding off his own bowling against Hobart Hurricanes, is expected to be available for the finals if the Thunder make it that far. Meanwhile, Moises Henriques and Sean Abbott could feature in the Sixers' playing XI, only if they are cleared to travel to Adelaide. The two were part of the Australian Test squad and will need an exemption from the South Australian government.

With 421 runs at an average of 38.27, Josh Philippe is currently the leading run-scorer this season. The right-handed opener has so far slammed three fifties, with two of those coming in the last two encounters. Philippe smoked a 52-ball 84 against Perth Scorchers, and prior to that, he slammed 64 off just 36 deliveries against the Thunder. The wicketkeeper-batsman could also get you crucial points from behind the stumps.

Daniel Christian is a safe bet when it comes to fantasy cricket because of his ability to contribute with both bat and ball. In BBL 10, he has scored 182 runs and taken 12 wickets so far in 11 matches. 15 of the 34 overs he has bowled this season have been between overs 16-20, which is a good thing from a wicket-taking perspective.

Alex Hales has been a consistent performer for the Thunder this season. The Englishman has so far smashed 352 runs at an average of 32 in 11 matches. Hales has constantly got the Thunder off to flying starts and would now be eager to get that big score. The last time he played against the Sixers, Hales smacked 54 off only 33 deliveries. He would look to continue to dominate and force his way back into the England white-ball set-up.

Playing his first BBL season, Tanveer Sangha has forced everyone to sit up and take notice. The 19-year-old legspinner has so far taken 18 wickets at an average of 15.94 and a strike rate of 12.1. Sangha has bowled with courage and his skipper hasn't shied away from giving him crucial overs. He has taken at least one wicket in nine of his 11 games and that tells you he is a pure wicket-taker. 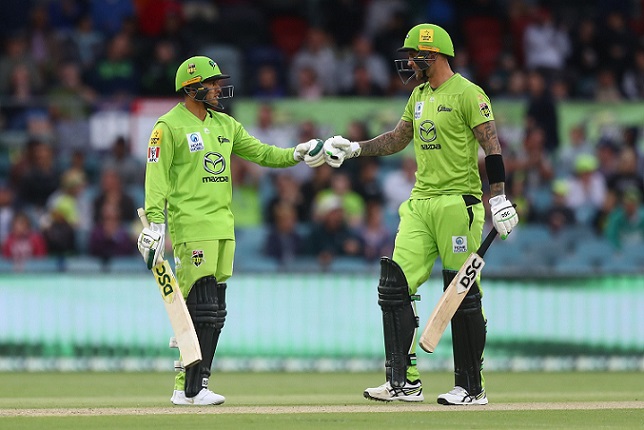