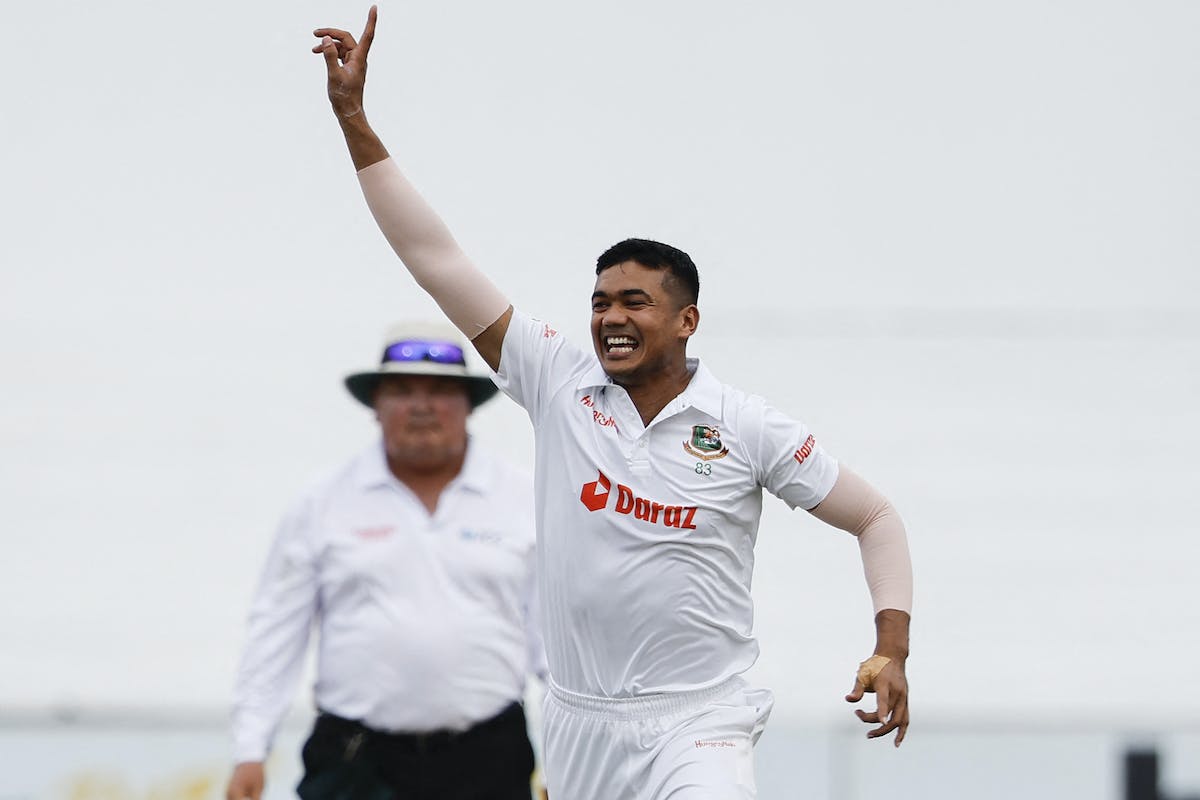 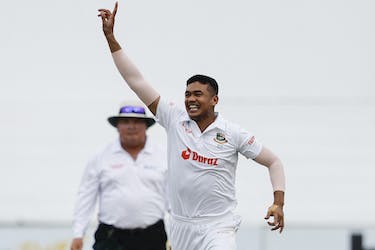 The Bangladesh fast bowler, who returned for the third ODI after an injury lay-off is not a sure starter for the first Test against India

On a batting surface in Chattogram, Bangladesh fast bowler Taskin Ahmed feels that his side's aim will be to force the game into the fifth day to have a chance of winning the game. The third ODI against India saw Ishan Kishan score a double hundred as India breached the 400-run mark.

Taskin, who returned after an injury lay-off, feels that it is important to stay patient on such tracks.

"If we try to force the issue, it won't work in our favour. We will leak runs. They are good players, so we have to get the new ball to swing a bit," Taskin said ahead of the first Test, according to ESPNCricinfo.

"Maybe get reverse swing with the old ball. We have to try to break their patience. We have to bowl patiently and wait for their mistakes. It won't be right to say that we want to blow them away.

"Fast bowlers ideally want to bowl on green tops. Conditions are not in our hands. We have got slow and flat tracks in South Africa and New Zealand. We have to make ourselves so skilful that we can bowl well on all types of wickets. Great bowlers are also getting five-fors on flat tracks. We have to focus on our self-improvement rather than [look at] conditions."

While Taskin is not a sure starter for the first Test, he says that the fast bowlers are hungry to keep improving at every possible opportunity.

"As a pace bowling group, we are hungry for improvement. We are all in it together. Work ethic has improved. This is all we have in our hands. The management is with us, so if our desire remains, we can do better," Taskin, who has 25 wickets from 11 Tests, said.

Bangladesh have won just one out of their eight Tests this year with six of them ending in losses. They managed to beat India 2-1 in the ODI series and their sights will be set on beating India for the first time in the longest format.

The two match series gets underway on Wednesday (December 14) at the Zahur Ahmed Chowdhury Stadium, Chattogram. The action then shifts to Dhaka for the second and final Test of the series between December 22-26.