Team management made excuses to drop me: Yuvraj

Team management made excuses to drop me: Yuvraj

New Delhi: Former India batsman Yuvraj Singh has claimed that the team management let him down towards the fag end of his international career and he could have played another World Cup after the 2011 heroics if he had enough backing.

“(I) Regret that I couldn’t play another World Cup after 2011. There was hardly any support from the team management or people around. If that support was there then may be I would have played another World Cup,” Yuvraj told the ‘Aaj Tak’ channel.

“But whatever cricket I played it’s on my own. I never had any godfather.”

Yuvraj, who retired from the game earlier this year, reiterated that he was ignored despite clearing the mandatory yo-yo test for fitness.

He said instead of just trying to find ways to get rid of him, the team management should have been “upfront” in their communication regarding his career.

“I never thought that I would be dropped after being the man-of-the-match in 2 games out of the 8-9 I played after the 2017 Champions Trophy. I got injured and I was told to prepare for the Sri Lanka series,” the left-hander recalled.

“Suddenly I had to go back and prepare for the yo-yo test at the age of 36. Even after I cleared the yo-yo test, I was told to play domestic cricket. They actually thought that I wouldn’t be able to clear the test due to my age. And that it would be easy to decline me afterwards.

“I think it was unfortunate because a guy who played international cricket for 15-16 years, you need to sit and tell him upfront. No one told me and no one told Virender Sehwag or Zaheer Khan either,” added Yuvraj.

Despite the feeling of being letdown, Yuvraj said he has no regrets about quitting the game and feels his retirement timing was right.

“There were plenty of things on my mind. I felt that the World Cup has started, the team has moved forward. I wanted to play some cricket out of India. Life was not going forward, it was stressful.

“I was just wondering when to retire. I got married a few years before so I wanted to focus on my life. The end of my career became a bit of burden for me,” he said.

Yuvraj also suggested that Rohit Sharma can be considered for T20 captaincy if Virat Kohli feels “overloaded” by leading the side in all three formats.

Rohit, the vice-captain of India’s limited-overs sides, has been the most successful captain in the IPL, leading Mumbai Indians to four title wins and Yuvraj said it won’t be a bad idea for India to try out split captaincy to ease the workload of the best batsman in the world.

“Earlier there used to be just two formats -- ODI and Tests, so it was perfect to have one captain. Now there are three formats and if Virat is feeling overloaded, maybe they should try somebody else for the T20 format. Rohit has been a very successful captain.

“I don’t really know. They (team management) have to decide how much workload Virat can take. Do they need to try somebody else for T20? It completely depends on how they want to go for the future. Virat has been the best batsman. How to manage his workload? It is completely team management’s call.” 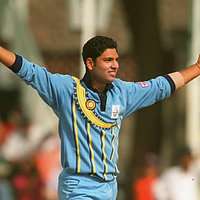