Technique won't guarantee runs all the time, but will to fight is key: Mayank 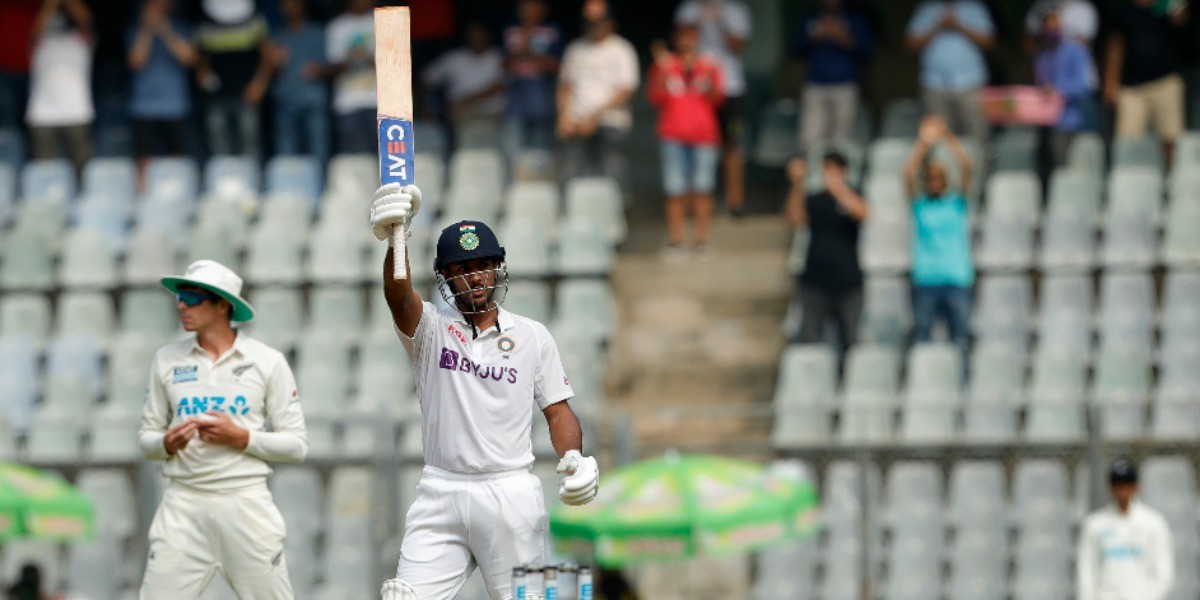 Technique won't guarantee runs all the time, but will to fight is key: Mayank

After a dismal outing in the first encounter against New Zealand in Kanpur, there were doubts pertaining to Mayank Agarwal's place in the playing XI of the side for the Mumbai game. However, there was no looking back for the right-handed batter after he walked in to open the innings along with Shubman Gill on Day 1 of the Test.

Playing an array of strokes all around, the 30-year old notched up a scintillating hundred to showcase his class and help the home team post 325 runs in the first innings. He followed that with a hard-fought 62 and was adjudged Player of the Match for his performances across both innings.

Mayank Agarwal is adjudged the Man of the Match for his brilliant show with the bat 👏👏#TeamIndia | @mayankcricket | #INDvNZ pic.twitter.com/YWaetCtjat

It feels good to be back among the runs, and this knock is special for me. I didn't change anything from Kanpur; I just had the mental discipline and determination," Agarwal said after India's series-clinching win.

"The technique isn't going to be the best all the time, it won't guarantee runs, but the will to fight is key."

The Karnataka player revealed the advice received by Rahul Dravid and Sunil Gavaskar after enduring a lean patch prior to this Test.

"Rahul bhai told me there's no point thinking about technique mid-series. This is the technique that has got you runs, have a solid mindset, stick to your game plans, and the runs will come'."

"Sunny sir told me to keep my bat low early on, be more side-on and open up my left shoulder and it helped," he added.

While Agarwal's innings highlighted India's performance in the first innings, Ajaz Patel etched his name in the record books by becoming the third Player to pick up all ten wickets in an innings.

Senior India off-spinner Ravichandran Ashwin helped praise on the effort for the Kiwi spinner but felt it was his destiny to come up with the performance.

"It was a wonderful performance by Ajaz. It doesn't spin all the time in Wankhede, and he used the seam and put the ball in the right places. I enjoyed watching him bowl. It was destiny, said Ashwin, who was named the Player of the Series for taking 14 wickets in the two Tests.

"I think I've got 10 (Player of the Series awards now). I enjoyed Wankhede honestly, and every day there was something new, and I could challenge both edges."

The 35-year old wants to emulate his heroics in the away series against South Africa and aims for a series win.

"I would look to play a part in South Africa and finish off with a series win. We haven't done that before, and hopefully, we can do it this time," he concluded.