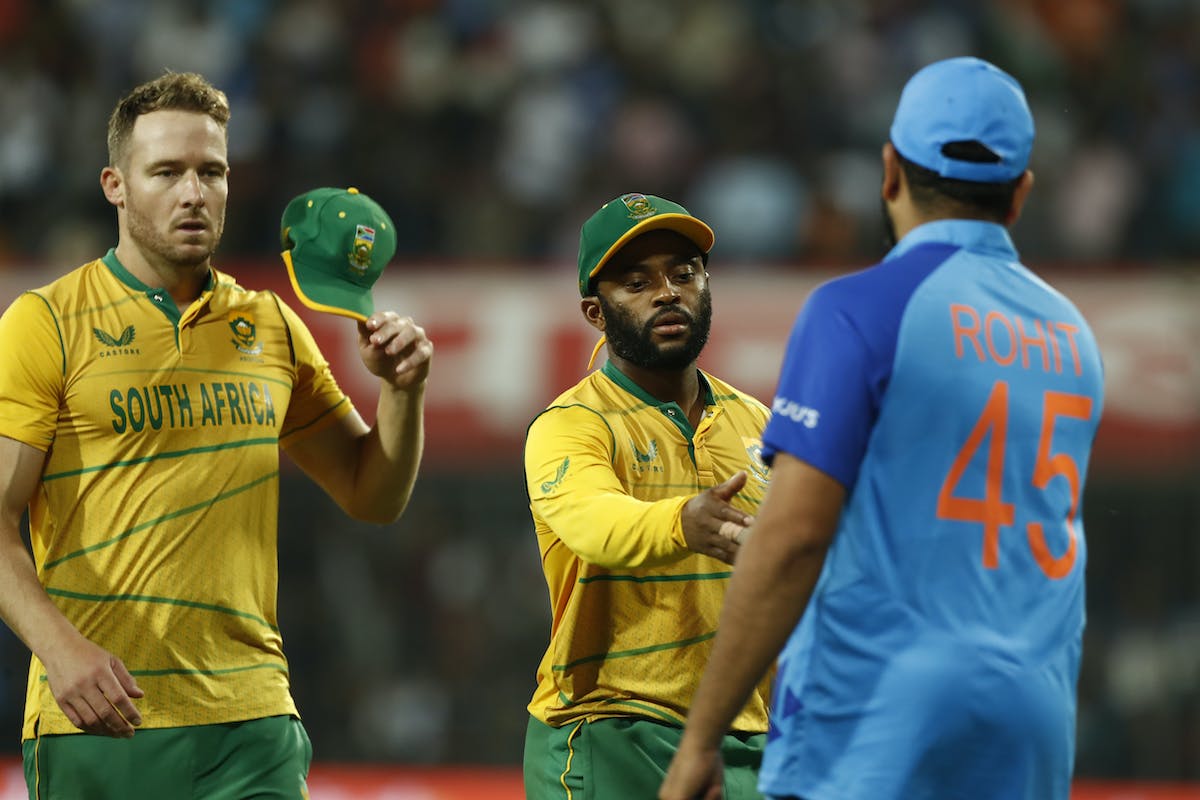 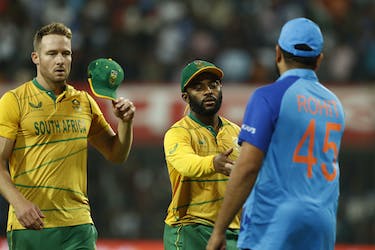 Rohit Sharma, meanwhile, admitted that bowling is a concern for team India

In Thiruvananthapuram, South Africa’s batting did not turn up. In Guwahati, the bowling unit produced arguably its worst performance in ages. The third T20I in Indore, however, witnessed the Proteas correcting all the wrongs from the first two matches as the visitors produced a clinical showing to thump India by 49 runs and earn a consolation victory.

After being inserted into bat, the visitors, on the back of a stunning ton from Rilee Rossouw, posted a mammoth 227 to give themselves the best chance of scoring a win. But despite appearing daunting, the total was only slightly above par on an extremely small, batter-friendly Holkar ground. They’d by no means batted India out of the contest, but a flawless showing from the South African bowlers turned the dead-rubber into a no-contest in a flash as the hosts folded for 178, 49 short of their opponents’ total.

The result did not change the outcome of the series, but an elated Temba Bavuma, on the back of his side’s win in the third T20I, stated that performances like the one in the third game have the ability to serve as a huge confidence-booster for the side ahead of the World Cup.

“A win like this is always good for confidence,” Bavuma said in the presentation.

Tuesday was not India’s finest night on a cricket field in recent times, the hosts being sloppy in all three facets, but what remained being a concern was the bowling as for the second match running, the bowlers conceded a 220+ total. The leakage of runs proved to be fatal on the night and India skipper Rohit Sharma admitted that there’s a dire need for improvement on the bowling front.

“Areas of concerns, we have to look at our bowling, what more options we can find in the powerplay, middle and death. We were playing two quality sides, have to go back and see what better we can do,” Rohit said.

The Team India skipper expressed that he was pleased with his side pocketing yet another series, but revealed that the team’s primary objective is to keep striving for improvement.

“As a team, we said it at the beginning no matter what happens about the result, there's always room for improvement. Even if we do well in all three departments, want to keep getting better.”

The third T20I on Tuesday marked the last official T20 for team India prior to the T20WC, with the team scheduled to only play two more unofficial warm-ups in lead-up to the mega event. They will depart to Australia on October 6th for a preparatory camp ahead of the global extravaganza.

Rohit said that the decision to reach Australia well in advance, nearly 10 days before their first warm-up encounter, was taken keeping in mind the conditions, with nearly half the squad never having previously played Down Under.

“Lot of the guys haven't been to Australia, which is why we wanted to go early. Play on some bouncy pitches in Perth and see what we can do there.

“Out of the 15, only 7-8 have been there before, so wanted to make an effort to go there early. We've organised a couple of practice games,” the India skipper said.

The India skipper further revealed that the replacement for Jasprit Bumrah will only be named once the team reaches Australia.

“Bumrah is out of the World Cup, so we need to find a bowler who has the experience of bowling in Australia. Not sure who that bowler is going to be, we will see once we travel to Australia, we'll find it out there.”