Tewatia and I believed that we could win the game: Rashid opens up after win 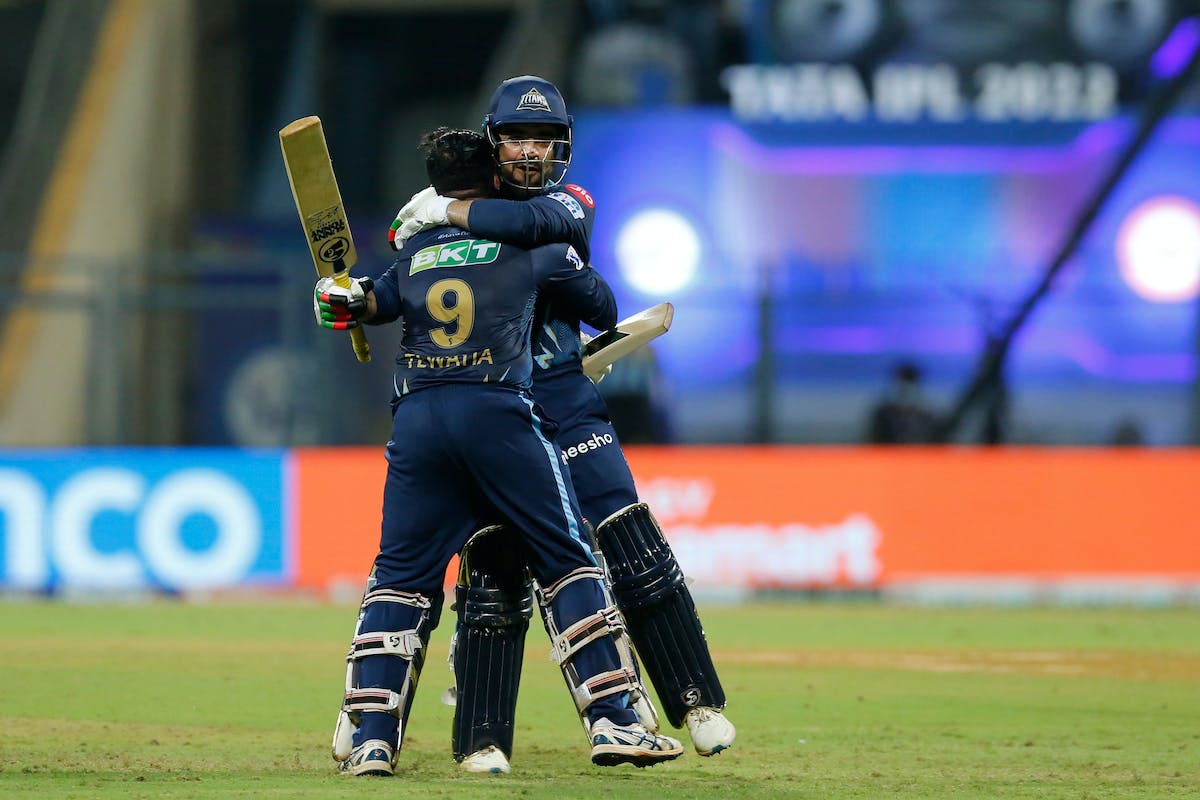 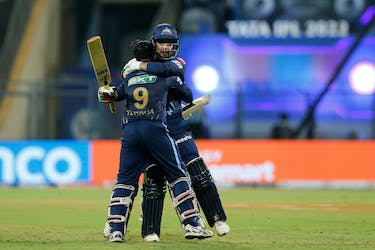 Tewatia and I believed that we could win the game: Rashid opens up after win

Post the crucial win against SRH, Rashid Khan opened up on the conversation with Tewatia

Gujarat Titans are a story in itself this IPL. Whenever their backs are against the wall, they perform the best. It was yet another such situation at the Wankhede Stadium, a ground which has not seen a lot of high-scoring encounters this season. And when Sunrisers posted 195 runs on board, it was a tie that was always going to favour the side defending.

However, Gujarat are a team out of syllabus, they do not have a sole performer, they have a team which combines to be deadly. Against the Sunrisers, it was the duo of Rahul Tewatia and Rashid Khan who turned the encounter with some smashing. In the post-match presentation, Rashid opened up on his conversation with Tewatia.

“When it was 22 left. I just told Tewatia that we have given 25 in the last over with one of our best bowler bowling and I told him that we needed to have that belief and not panic, anything is possible. Just stay there, keep your shape and hit it strong and that was the plan (with Tewatia),” Rashid said.

Earlier in the night, Rashid endured a tough bowling day, conceding 45 runs in four overs without picking up a single wicket, one of his worst displays in the competition. The Afghanistan leg-spinner said that he is trying to constantly improve his bowling.

“I have bowled 4-5 bad deliveries which have been punished and that is something I had in my mind, you can't miss your line and length on a wicket like this. It was a good wicket to bat on, but still we did well to restrict them to 196. As I said, I haven't bowled as well as I would have liked, this is good for my learning and will try my best not to repeat in the next games,” he added.

The winning skipper Hardik Pandya revealed that it was conscious decision from his part to manage his bowling. Pandya applauded the support staff of the franchise, stating that they have handled the players with perfection during the course of the tournament.

“(On his bowling fitness) It's just a conscious decision to manage my bowling, plan is to bowl whenever the team needs me. It's a long tournament and I don't want to get too excited early,” said Pandya.

“We're quite practical, we've spoken about winning these situations and there is a lot of self-belief in the camp. It's important to keep the calm in the dugout, lot of credit goes to the support staff for how they've been handling the players,” he concluded.