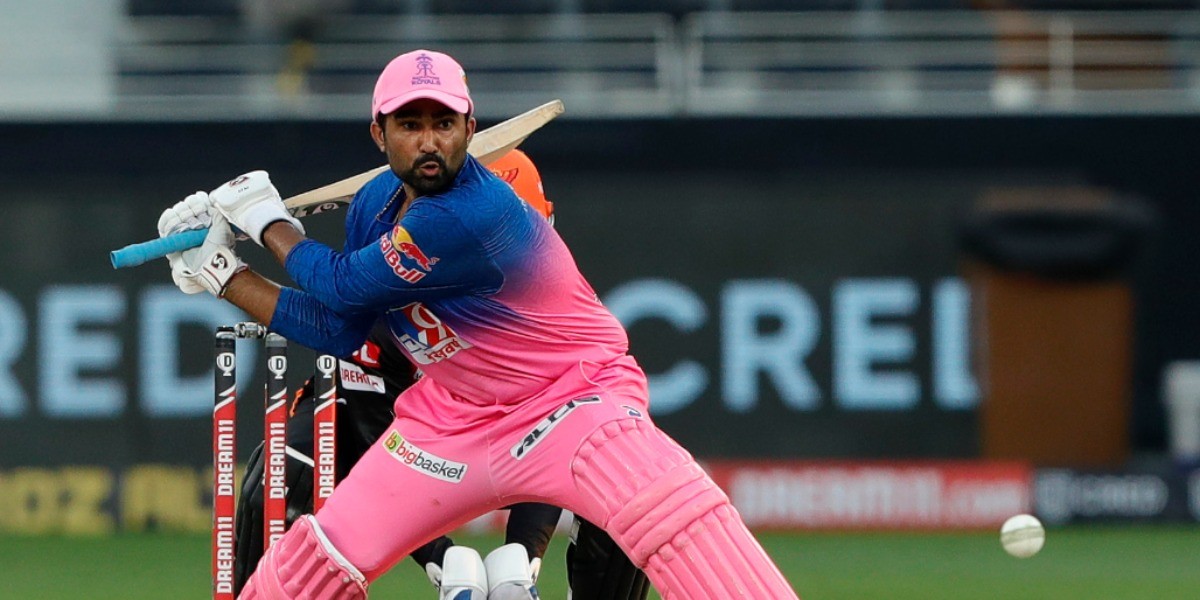 Rahul Tewatia celebrated his maiden India call-up with a 39-ball 73 but his effort went in vain as Chandigarh secured a thrilling three-wicket win over Haryana in their Vijay Hazare Trophy Group E opener here on Sunday. Tewatia, who was named in the India T20I squad for the five-match series against England, clobbered six sixes and four fours. Chandigarh skipper Manan Vohra led a stiff 300-run chase with a 120-ball 117 (9x4, 2x6) before Ankit Kaushik provided the finishes touches with his brisk 78 from 66 balls (4x4, 3x6). Chandigarh completed the chase with three balls to spare.

Earlier, Haryana got off to a solid start with a cracking 102 (125 balls; 11x1, 1x6) by Himanshu Rana and his 115-run opening stand with Arun Chaprana. Chandigarh bowlers fought back to trigger a middle-order collapse before Haryana rode on Tewatia's strong finish to post a challenging 299/9 from their stipulated 50 overs. Tewatia, the explosive Rajasthan Royals left-hander, raced to his third List A fifty in 32 balls and then went berserk, scoring his next 22 runs off only six balls before getting dismissed by Jagjit Singh (3/36).

Having made a group stage exit in the Syed Mushtaq Ali T20s, Bengal opened their campaign with a comprehensive 70-run win over Services at Eden Gardens. Middle-order batsman Kaif Ahmad hit a stellar 53-ball 75 (11x4, 2x6), while skipper Anustup Majumdar provided him fine support with a 61-ball 58, as Bengal piled 315/6 after putting in by Services. The top-three, comprising Shreevats Goswami (28), Vivek Singh (39) and Abhimanyu Easwaran (39), too chipped in before the duo of Majumdar and Kaif took charge for a 92-run partnership.

In reply, fifties from skipper Rajat Paliwal (90) and Pulkit Narang (53) were not enough as Bengal put Services under pressure with consistent wickets before bowling them out for 245 in 49.4 overs. The pace trio of Ishan Porel, Mukesh Kumar and Akash Deep, along with left-arm spinner Shabaz Ahmed, picked two wickets each.

A superb knock of 141 by opener Jay Bista powered Uttarakhand to a six-wicket win over Meghalaya in a Plate Group match of the Vijay Hazare Trophy here on Sunday. Bista scored his runs in 119 balls, striking 18 fours and three sixes. Chasing 243 for victory, Bista and skipper Kunal Chandela (55 off 80 balls) set up the win with a second-wicket partnership of 126 runs in 142 balls. Though Bista fell eight runs shy of the target, Uttarakhand got home with 5.5 overs to spare.

Earlier, R Sanjay Yadav's whirlwind 81 off 49 balls (2 fours, seven sixes) helped Meghalaya recover and post 242 for 6 in 50 overs, having slipped to 123 for 4 in the 34th over. In other matches, Assam thrashed Manipur by 10 wickets in a game shortened by overnight rain and Nagaland outplayed Sikkim by 98 runs.