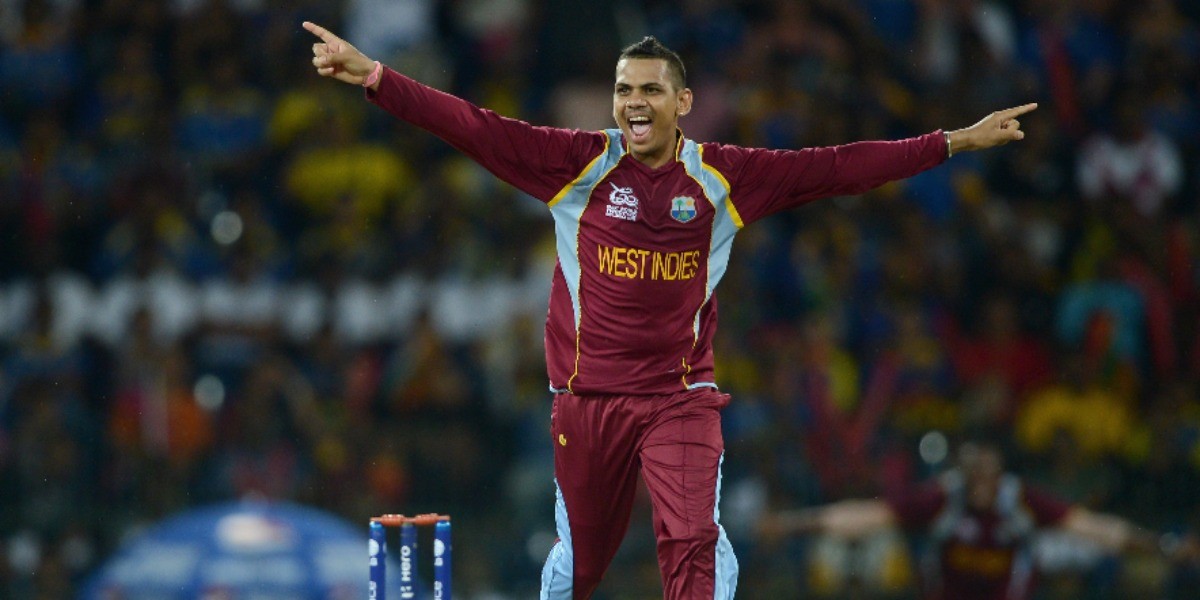 Will the unstable relationship between Sunil Narine and CWI harm the fortunes of the side in the World Cup?

15th April 2012: We are in the City of Joy, and the stage looks set for a classic showdown as the Kolkata Knight Riders take on the Punjab Kings (then Kings XI Punjab) at the iconic Eden Gardens. The cricket frenzy fans have thronged the stadium in huge numbers, and needless to say, the Eden Gardens is a sea of Purple and Gold. With the stadium packed to capacity and the support of millions of fans across the globe, Knight Riders win the toss and elect to field first.

While all the attention has been on the likes of Adam Gilchrist, Jacques Kallis and Gautam Gambhir in this Sunday night blockbuster, it is a young 23-year old spinner who stumps the cricket fraternity with his uncanny action and mystery spin.

Despite a successful Champions League in 2011 and three games for the national side before this extravaganza, Sunil Narine is still an unknown commodity.

Over the years, the Indian Premier League has produced inspiring tales of success as passionate players showcase tremendous grit and determination to defy the odds and carve a niche for themselves on the world stage.

In a league match against the Rajasthan Royals earlier in the week, Narine made his debut for the Knight Riders but struggled to set the stage on fire. However, on a night in front of a packed house and minutes after the Knight Riders set foot at the ground, he creates an immediate impact and picks up the prized wickets of Gilchrist and Shaun Marsh inside the field restrictions. Coming back in the middle overs, he dismantles the batting unit of Punjab and finishes with figures of five for 19 in his quota of four overs. His heroics with the ball marks a glorious chapter in the history of the league and begins his long-term association with the boys in Purple and Gold.

Nine years later, the story remains the same as Narine is still weaving his magic in the Indian Premier League for the Knight Riders. He guided the team to the summit clash in the latest edition of the tournament by picking 14 wickets in 16 innings at an economy rate of 6.4. 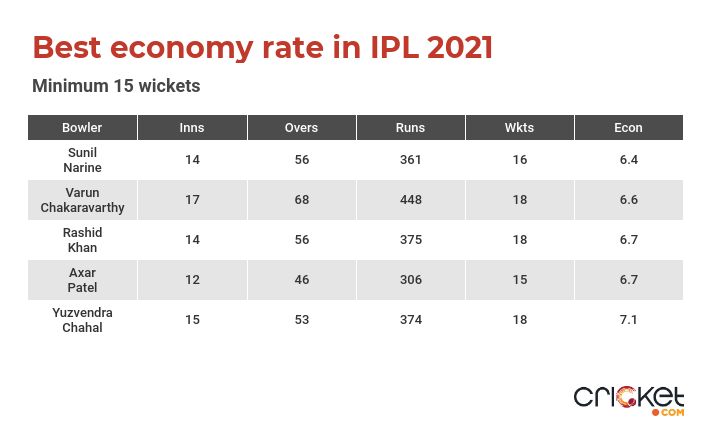 The off-spinner wreaked havoc in the eliminator against the Royal Challengers Bangalore by picking up four wickets for 21 runs, including bamboozling the likes of Virat Kohli and AB de Villiers, to power the team through to the final.

In addition, his exploits with the bat have time and again bailed the side out of challenging situations, including in the eliminator where he smashed three consecutive sixes to help the Knights inch closer to the target.

Nairne also showcased his class in the Caribbean Premier League as he was the most economical bowler in the competition and conceded runs at 4.4 runs per over. 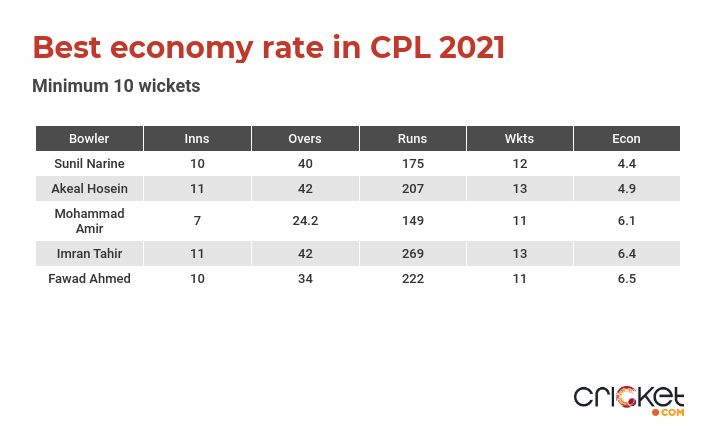 Plying his trade for the Trinbago Knight Riders, he picked up ten wickets in 12 innings to propel them to the semi-finals of the competition. One of the highlights for Narine in the shortest format of the game is his immense control over the variations and his consistent line and length.

Is cricket a skill game anymore?

Despite exhibiting incredible skills on the sluggish wickets on offer at the United Arab Emirates for over a month, it was disheartening to see Narine take the flight back to the Caribbean as he failed to secure a spot in the West Indian squad for the World Cup.

"Sunil Narine is a great miss for a team like this in a tournament like this. Any team would miss having a bowler of that quality in the team, but he did not meet our fitness standards, " said chief selector Roger Harper while announcing the squad for the coveted trophy.

While the standard of fitness expected from the national side has been given as the clichéd reason for his exclusion, it is causing plenty of reasons to ponder if cricket still remains a game played on skill.

In the modern era, with the growth and development of the sport, the game has become fast-paced, with a majority of attention given to the fitness parameters set by the boards. However, it was baffling to see Narine excluded from the squad purely based on the fitness tests despite playing all around the year and producing match-winning performances.

Rocky relationship with the Board

Over a decade competing at the highest level and in various leagues, Narine has endured plenty of roadblocks, mainly due to his unusual action. While he has re-modelled his action time and again and featured in franchise cricket, he last played for the national side in August 2019.

While the world came to an absolute halt amid the growing concerns of the pandemic in 2020, his exclusion from the West Indian squad grabbed plenty of attention in a home series against Sri Lanka earlier this year.

In conversation with ESPN Cricinfo, Harper was quoted saying, "Sunil Narine had indicated earlier that he is not ready to return to international cricket. He's still fine-tuning his game and getting himself ready. From that perspective, he wasn't considered for this series."

For someone with years of experience at the highest level and one of the greatest players in this form of the game, it was surprising, to say the least, with regards to his absence from the international circuit.

Lack of experience in the spin department for the World Cup

While the formidable West Indian squad will enter the high-voltage tournament as the defending champions, one of the areas of concern for the team would be the lack of experience in the spin bowling unit. With Fabian Allen ruled out of the tournament due to an injury, West Indies have the services of Akeal Hosein, Roston Chase and Hayden Walsh Junior as the spin bowling options. 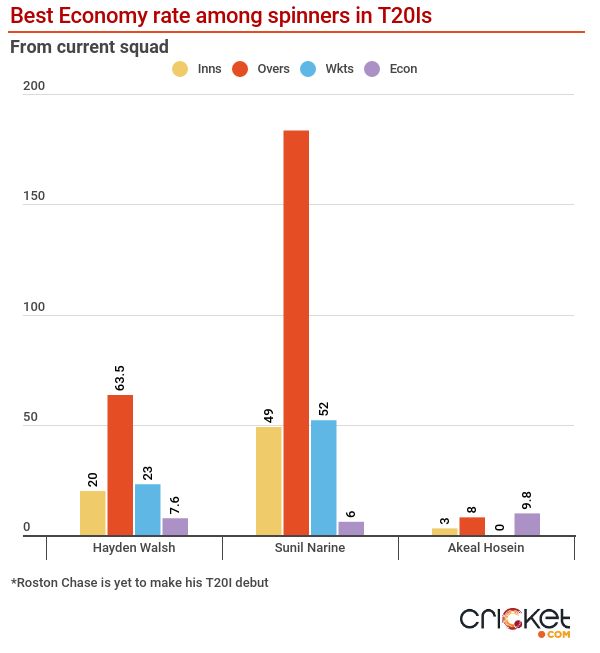 Hosein, a left-arm spinner, was drafted in the squad as an injury replacement to Allen and has played only a handful of international games and is yet to pick up a wicket. On the other hand, Walsh Junior is a leg spinner with experience of 20 innings in T20Is and has picked up 23 wickets at an economy rate of 7.6.

Chase is uncapped in T20Is and stormed his way into the squad on the back of a prolific CPL where he was the leading run scorer of the competition with 446 runs in 12 innings at a strike rate of 144.34. With his off-spin, the 29-year old picked up ten wickets at an economy rate of 6.9 and was adjudged the player of the series. Despite his exploits, the pressure of performing at the international stage in a world event will pose plenty of challenges for the all-rounder.

A loss for the team and the fans

In the absence of Narine, it will be interesting to see the performance of the young spinners in the squad as West Indies commence their campaign against England on Saturday, 23rd October in an evening encounter at the Dubai International Stadium.

While we are sure of witnessing Narine weaving his magic in the various leagues post the tournament, the ardent fans of the sport would hope that this is not the end of his journey in Maroon. 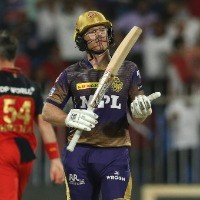 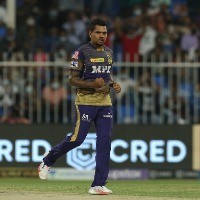 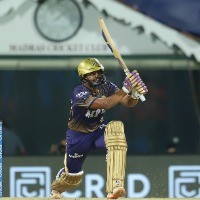 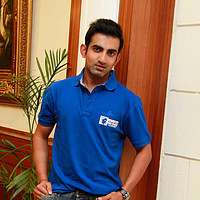