The dual paradox of Ajinkya Rahane 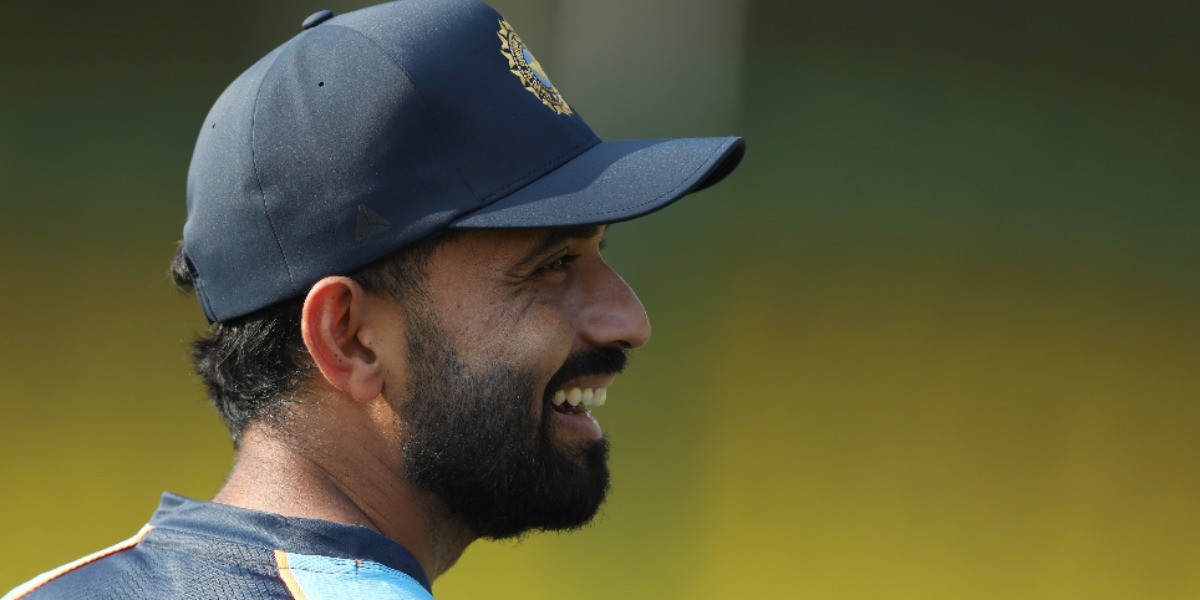 The dual paradox of Ajinkya Rahane

"My job is to contribute to the team. And contribution doesn't mean you score a hundred every game; 30-40-70 at a crucial moment is also an important contribution. I always think about the team."

Ajinkya Rahane couldn’t have been farther from the truth. He is a team man, who is always ready to do the donkey’s job and sometimes, standing tall for the sport as a statesman. Be it asking Afghanistan team to join the celebration after the Bangalore Test to not cutting a cake with an image of Kangaroo on it, Rahane has that uncanny ability to steal the moment in the most judicious way.

Yet, only in a utopian world, cricket goes bonkers for the nice guys. It is always a compliment reserved for successful and no matter what people would want you to believe, New Zealand wouldn’t have been celebrated for the nice guys image if they wouldn’t win regularly. Hence, Rahane would surely know, just being a team man wouldn’t be enough for him to hold on to his spot, with returns on a southward spree.

In 19 innings this year, Rahane averages just 19.6 with the bat which is the second lowest for a top six Indian batter after Murali Vijay averaged 18.8 in 2018 that eventually brought an end to his Test career. However, the problem with Rahane is exactly the opposite of what he claims is his biggest strength - he neither scores a century at a regular interval nor does he score those crucial 40s, 50s anymore. What has been left behind is a dichotomic representation of his glory days of the past. 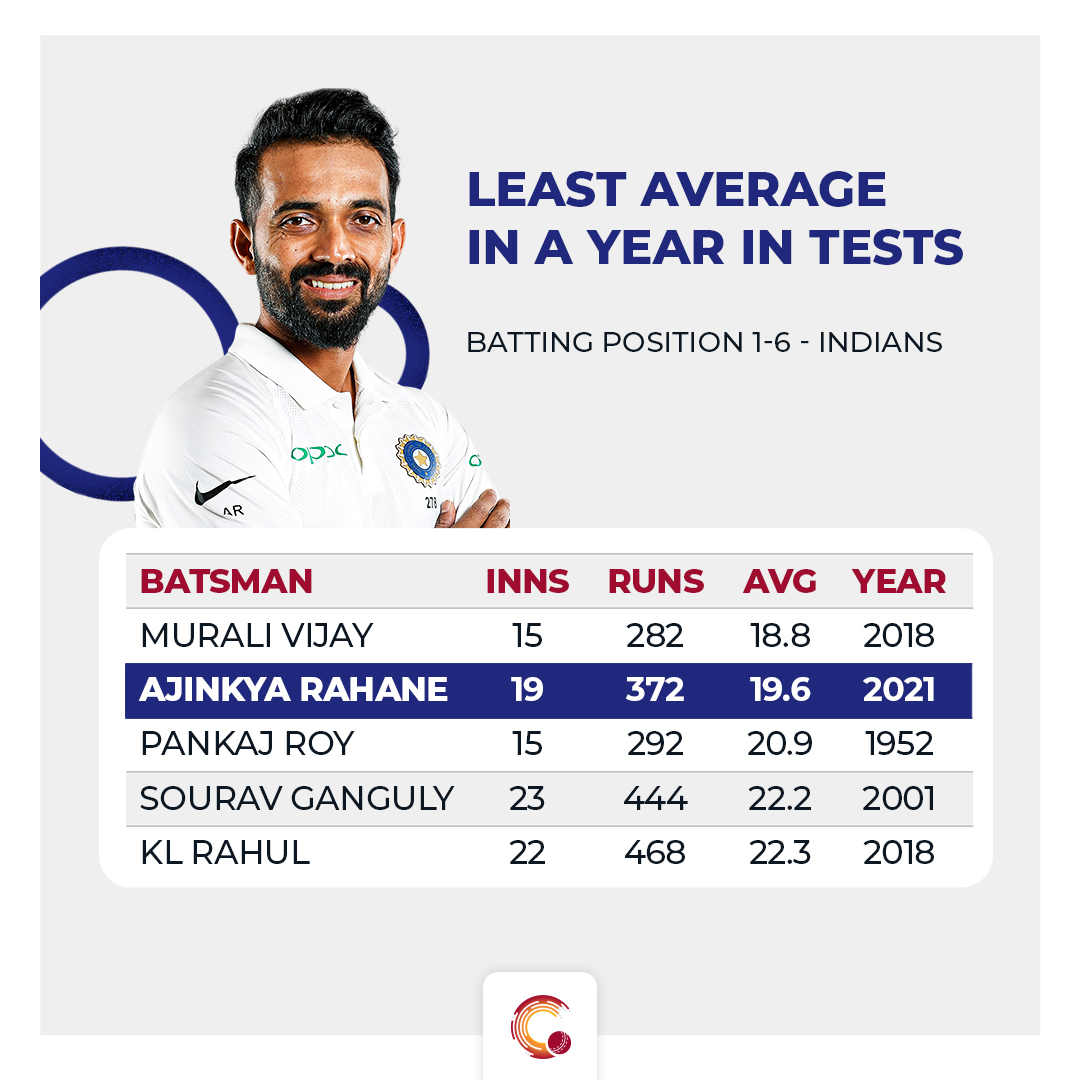 Make no mistake, Rahane is an elite batter in so many ways in one of the toughest batting eras in the history of cricket. He averages 41.71 in away conditions as compared to 36.47 at home. An average of 39.63 is not the symbol of a terrible batter, hence all the open judgements about Rahane’s credibility can be put into rest. While he will have his place in the pantheon of Indian greats, for his astounding leadership in the 2020-21 Border-Gavaskar Trophy, the bigger concern, however, is his form in the last two years and his inability to put them to rest with knocks of high pedigree. 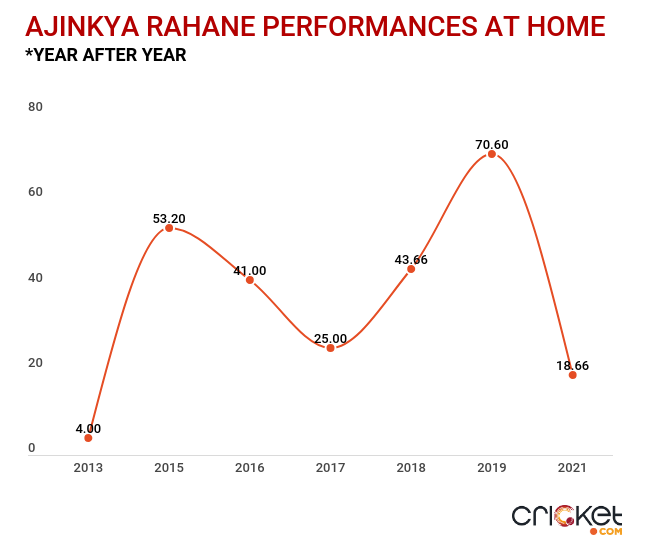 To put the point across, Rahane is averaging under 25 over the last 15 Tests with only one century. His form at home has depleted to a hitherto unplumbed low- he averages 18.66 in four Tests in this period. The batter, who was once considered a direct replacement for VVS Laxman to carry the legacy of Indian batting forward, has averaged more than 40 only once in a calendar year since 2017.

"You have picked Ajinkya Rahane as the captain. But the truth is also that, let's be honest, there was a question about him being selected for the last Test against England if the match had happened," Gautam Gambhir said on his YouTube channel.

In England, Rahane played five Test matches and his highest score was 68. His 49 against New Zealand in the WTC final was the only time he crossed the 20-run mark in the entire tour. No one was quite sure if he would have been included in the final Test if it went ahead. Now, however, we are standing in another moment in history when he would lead the side in conditions he has perennially underperformed. 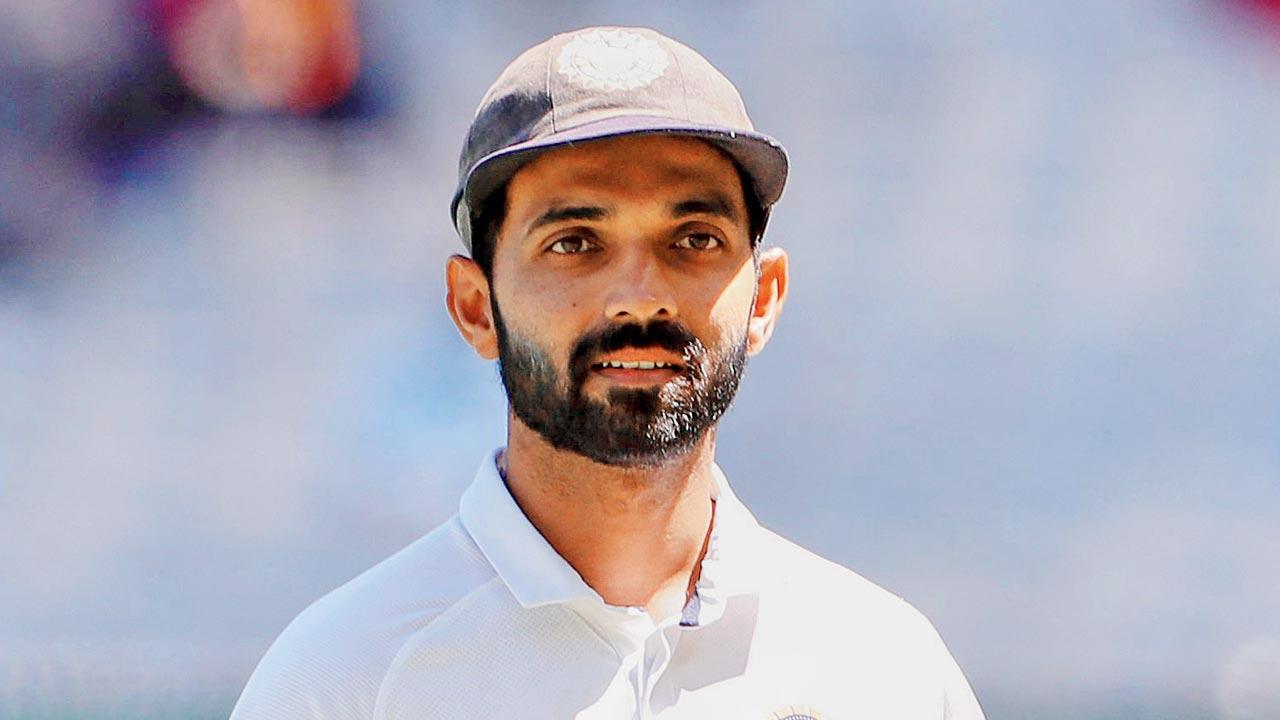 In the first 29 Tests in his career, the Mumbaikar averaged 51.4 and tackled the toughest of conditions against the most resilient bowling attacks to ascend everyone’s expectations. However, it was followed by a period of stasis as he could average just 29.7 in the next 27 Tests. If it was a massive blip, his performance in the last 22 Tests has dwindled all expectations to an ultimate breaking point. Take his performances against the Windies team in 2019 out of the equation, we have a problem in the middle order.

The manner of his dismissals at times added to the frustration. A lot of these dismissals would come in an avoidable manner - the best example being his 42 in the first innings of the Adelaide Test last year. The right-hander had done well to reach 42 off 91 balls in tricky conditions when Australia took the new ball. It was pretty evident that Mitchell Starc would try to bring the ball back into him. Taking the strike for the first time against the new cherry, Rahane was plumb in front of the stumps, expecting a straight ball that curved back in. It was one of those unfulfilled knocks which could not have been timed worse, especially after he sold Virat Kohli down the river in a terrible mix-up a few overs ago.

That dismissal was a microcosm of the larger narrative at play, which Rahane has contributed massively to his own discredit. He still remains untouchable for this series with Rohit Sharma, Virat Kohli and KL Rahul missing and Hanuma Vihari being in South Africa for the A-series. As ironic as it sounds due to his current form, he is the heartbeat of the side that needs him more than ever.

As Kohli had said during the last home season, “Rahane is our most important Test batsman. We have believed in his abilities for a long time now and he's an impact player”, the Mumbaikar knows that he belongs. But he can’t afford a single underperformance with Indian management looking to blood Shubman Gill for the middle-order role in the future. Thus there couldn’t be a better occasion than now to lit up the stage, like it is 2016 all over again.