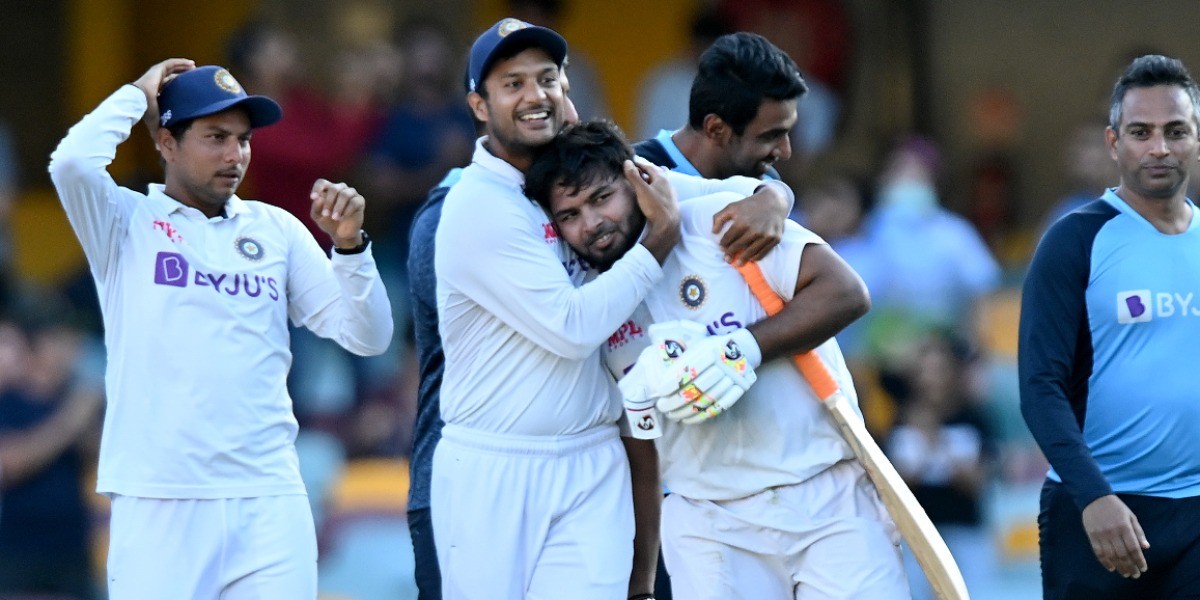 India succumb to their lowest score ever

In the second day and night Test for India and the first in away conditions against Australia, India suffered one of their most embarrassing moments in Test cricket. With only 244 on the board in the first innings, Indian bowlers’ excellence helped them fetch a lead of 53 runs. But what came later was a shocker. India were bundled out for just 36 runs in the third innings and posted their lowest ever score. Their only below 50 all-out scores (42) came in 1974 against England at Lord’s.

Even though the pitch at the Gabba is true of bounce and the fact that the ball comes onto the bat well, chasing has been a difficult feature. Just two scores of over 200 chased successfully is proof of it. Defying all odds, a young Indian side gunned down the target at the brink of the day's play. The target of 328 is the highest successful target chased at the Gabba in Tests. This chase is also India’s third-highest overall and second highest in an away Test match.

18th November 1988, the last time Australia had lost a match at the Gabba. For 32 years and 52 days, Gabba had turned into a fortress for the Aussies. For 31 consecutive matches, they were undefeated until India breached it. The 31 successive matches without a defeat were the second-best run for a team at a venue in Tests. Pakistan at National Stadium, Karachi were unbeaten for 34 matches before England ended their run in 2000. In addition, India became the first Asian team to win a Test at the Gabba.

Before the pandemic, New Zealand’s last series was in February 2020 against India at home. After that, their first match was against West Indies in December 2020, which also was at home. They won both the matches in the two-match series against West Indies and followed it up by another two-match series win against Pakistan to make it six in a row. This is the longest streak of wins for them in Tests. Previously, in 2005-06, they had won five on the trot. In addition, the second Test victory was the 17th unbeaten Test for New Zealand at home. Their last defeat dates back to 2017 against South Africa in Wellington.

First batsman to hit a double Century in the 100th Test

It is a dream for any player to play 100 Tests for their team and Root, when he walked out for the toss, it was fulfilled. But it didn’t stop there. Root made sure his milestone match would be the best one. On the back of a sensational Sri Lankan series, Root continued his dominance. On the first day of the first Test, he went on to score a century and became the ninth batsman in Tests to reach the landmark in his 100th Test. On the second day, Root became the first-ever batsman to score a double century in the 100th Test. Prior to Root’s feat, Inzamam-ul-Haq held the record when he had scored 184 against India in 2005.

Most wins for an England captain

Playing his 100th Test match, Root engraved numerous records to his name. First with the bat and then the win was the icing on the cake. The win in the first Test was his 26th for England as a captain. He is now leveled with Michael Vaughan for the most wins as an England captain in Tests. Root has a 55.3 percent win record as a captain for England. Among England captains with more than 20 matches, only Mike Brearley with 58.1 percent has bettered him.

Ashwin joined an elite group when he dismissed Rory Burns on the first ball in the third innings in the 2nd Test against England in Chennai. Axar in the third Test dismissed Zak Crawley for the first delivery of the innings and joined the list alongside Ashwin. For 114 years there wasn’t a single spinner who had bagged a wicket of the first ball of the innings before Bert Volger in 1907. In a span of two Tests, two spinners achieved this feat. Bobby Peel of England was the first to do this in 1888.

Most consecutive series win at home

On an impressive First-class record, Praveen was selected for the Bangladesh tour in April. He made his debut in the second Test and made an impression in his first match. The left-arm spinner bagged six wickets in the first innings and followed it up with a five-wicket haul in the second. When he bagged three wickets in the second innings, he was in the records book. With his fourth wicket, Praveen became the first Sri Lankan bowler to bag 10 wickets in a match on debut.