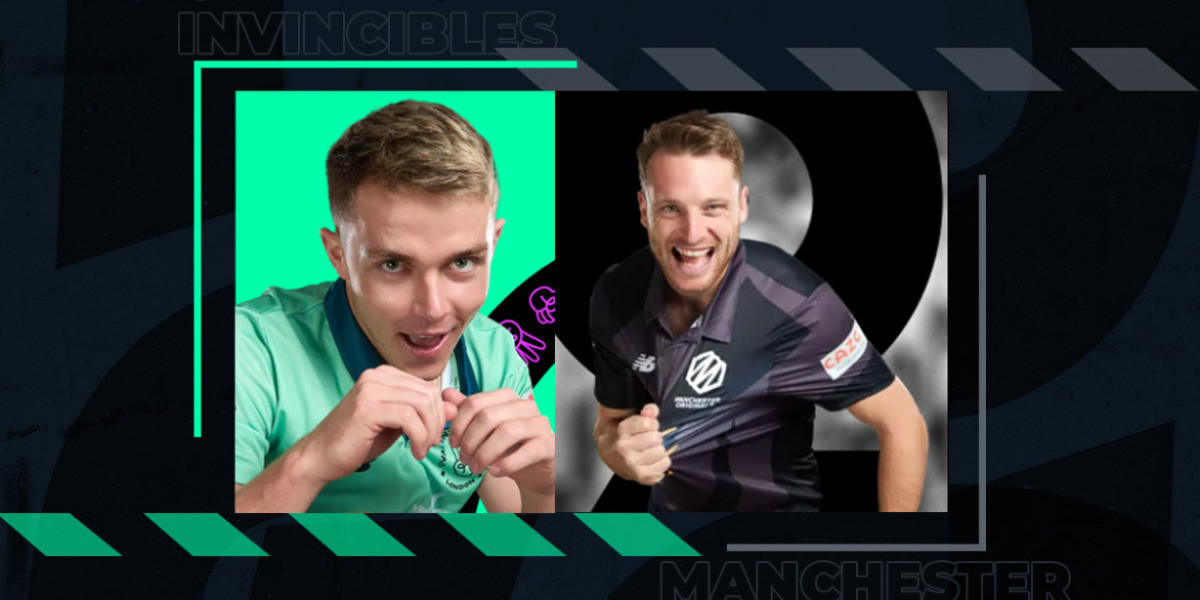 As the men's hundred competition gets underway, here is a deep dive on the two teams that go first up

Coronavirus has affected the cricket calendar severely and puts up a lot of series/competitions in jeopardy, this has also affected a lot of major T20 competitions and tournaments around the world including the likes of IPL and the ICC WT20 being postponed. One of its major casualties was the newly launched competition by ECB - The Hundred, which was set to be played in 2020 but the launch was postponed to the summer of 2021 because of the pandemic.

More than a dozen or so overseas players have pulled out of the tournament in recent months due to clashes with international series, quarantine periods and restrictions on international travel, injuries and some positive Covid-19 tests and particularly because it’s in the UK where the cases are rising.

The format might be deemed as divisive, unnecessary, detrimental and guaranteed carnage. However, it is the carnage that might ultimately appeal, particularly to the cricket nerds.

So, let’s get the lowdown on the squads, their strengths and weaknesses to find out who are the runners and riders in the competition. 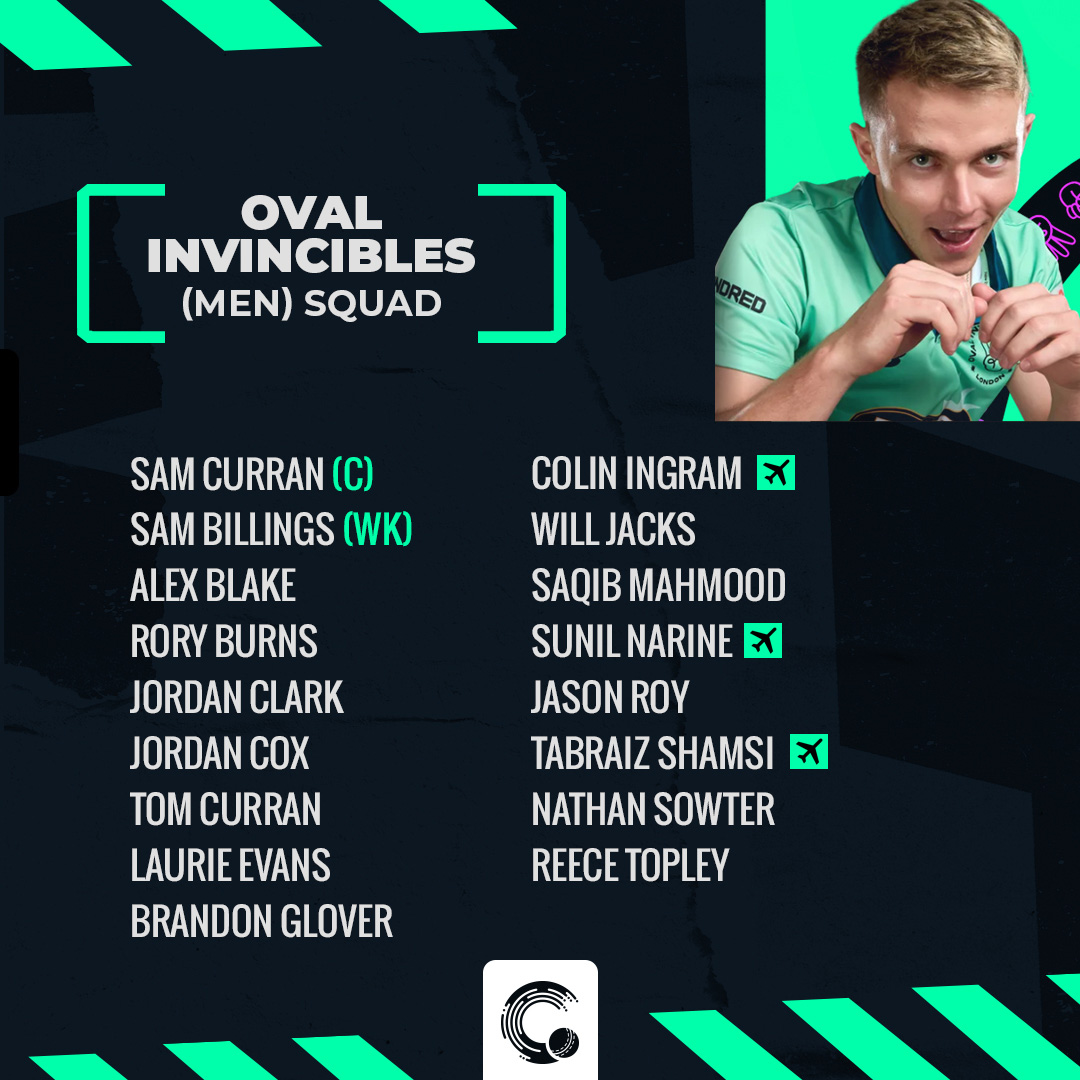 Top-order batting: The Invincibles have the likes of Jason Roy who is known for his aggressive intent and power-hitting versus pace up top. Along with him is Will Jacks who is also amongst the fastest scoring English prospects. They make a free-scoring opening pair who can provide consistent quick starts which will be crucial in this particular format with only 25% of balls in an inning being the powerplay as opposed to 30% of balls in an innings in T20s.

Middle overs batting: One of the best business transactions from “The Hundred” draft could be getting Laurie Evans - top-scorer in T20 blast 2018 - for just 30 grand. Since 2018, Evans has averaged 58 in the T20 blast and strikes at 146 in the middle overs when the field spreads. Sunil Narine’s spin power-hitting particularly vs leg-spin could also be invaluable in such a short innings. A potential middle overs phase consisting of Evans-Narine- Sam Billings is surely something most teams would kill to have.

New ball bowling: Saqib Mahmood is an incisive express pacer who recently made a mark with his performances vs Pakistan in the ODI series. He has averaged 18 in T20 blast powerplay since 2018, second-highest behind only Lockie Ferguson with a minimum of 30 overs. In addition, the Oval team also have Sam Curran and Reece Topley who can both swing the new ball and pick up wickets frequently.

Spin bowling: Narine and Sandeep Lamichhane are two of the finest spinners who are capable of tying down the batsmen. The spin bowling only becomes stronger with the addition of leg spinner Nathan Sowter as a backup who has an economy rate of 7.3 in the last two editions of the blast

Batting Depth: With Narine potentially being deployed as a floater and the Curran brothers forming the lower order, the Invincibles can bat with recognized boundary hitters till number eight and surely have one of the most efficient lower orders in the competition.

Death overs bowling: The Curran brother and Mahmood have all looked pretty average at the death going with an economy of over 10 in overs 17-20 in the last three years in T20s.

Batting vs leg-spin: The invincibles might go with a top-4 of Roy, Jacks, Evans and Billings in case they don’t decide to float Narine up the order. But that could be concerning with Jacks and Roy averaging only 14.4 and 24.7.5 respectively vs leg-spin in T20s since 2019. This could be really damaging with bowlers allowed to bowl 10 ball overs.

Player availability: Sam Curran could be on the selectors’ radar for England five-match Test series against India. If he gets picked, the Oval Invincibles would lose a player who is very crucial to their squad’s balance. Also, Shamsi is a last-minute addition and will not be available immediately 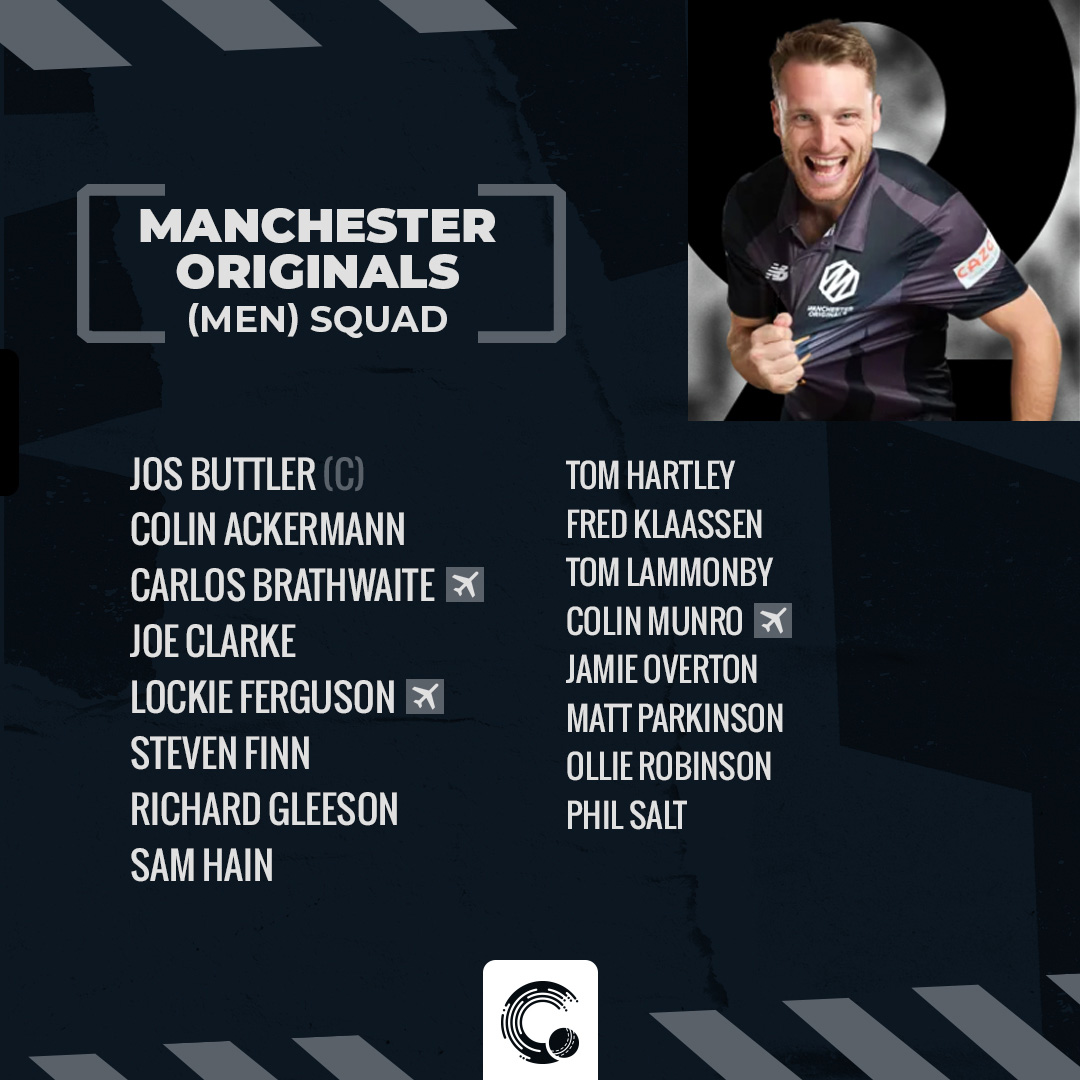 Solid top-4: With Jos Buttler and his range of shots versus both pace and spin will help the team to get quick starts. It also helps him settle down and manage his slight weakness against leg-spin which has troubled him especially when he comes down the order. Similarly, Phil Salt and Colin Munro are amongst the fastest starters in the competition and are adept vs all bowling types. In addition, they have Joe Clarke who’s a rising T20 star player who scores at a dangerous rate and can take up roles in a variety of positions.

Spin bowling: Matt Parkinson is the best local spinner in their squad. Tom Hartley and Colin Ackermann can play the supporting role should they decide to go spin heavy on one of the more spin-friendly grounds in the competition.

Express pace bowling: In Lockie Ferguson, the Originals have something which only a few teams in the competition have and that’s quality raw pace. We have seen in the IPL on how this provides an enforcer to the teams who can execute hard lengths to restrict big hitters in the death overs. Ferguson also has the best bowling average of 15 with the new ball in powerplay since 2018 in T20 blast and could be amongst the most impactful T20 bowlers in the competition

Lack of batting depth: With Carlos Brathwaite potentially batting as high as six and no recognized boundary hitters after him, batting depth is clearly one concerning area for the Originals.

Death Overs hitting: Carlos Brathwaite has been quite good while bowling in the more difficult phases of the game in the latest edition of the Big Bash and T20 blast. The same cannot be said of his batting. The power hitter has struggled against spin. Since 2019, he has averaged just 9.7 at a strike rate of 74.3 against spin bowling. And with the lack of batting depth and finishers, death overs hitting is a big area of concern for the Originals.

Player availability: Jos Buttler and Ollie Robinson could be picked for England’s Test series vs India thus further weakening an imbalanced line-up with replacements not having a lot of exposure.