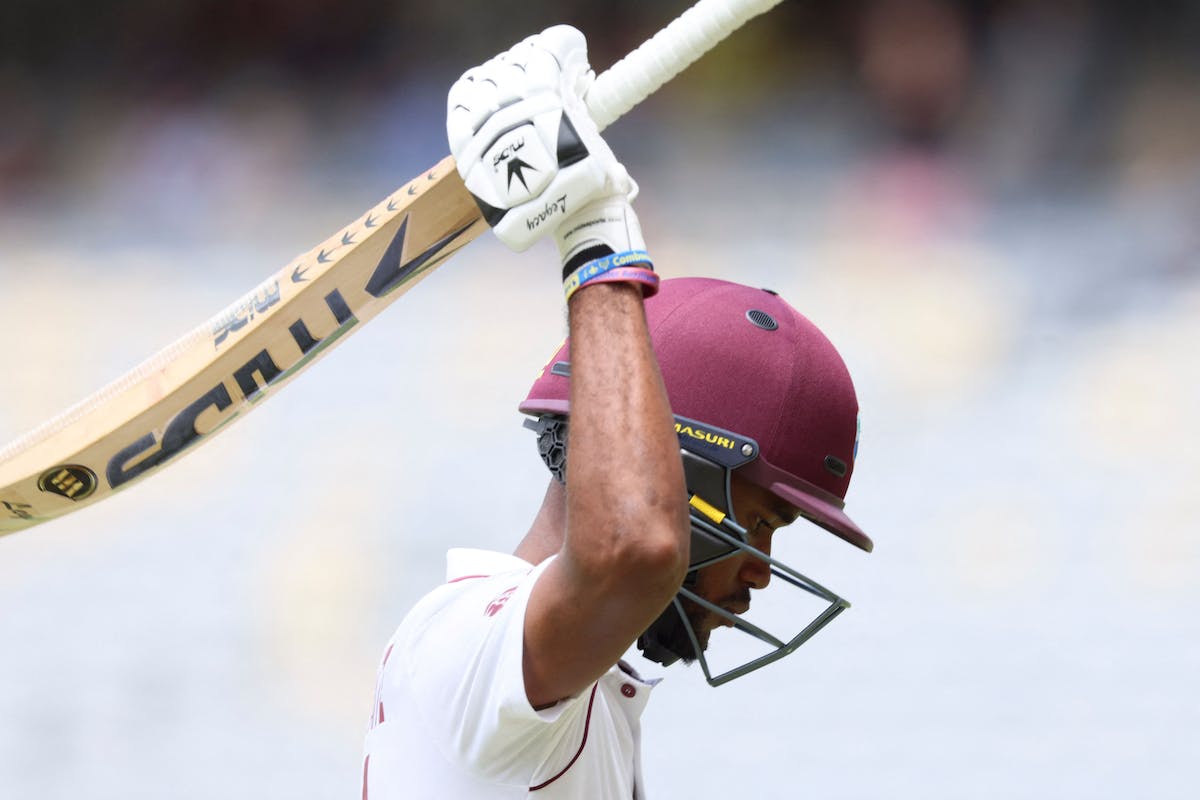 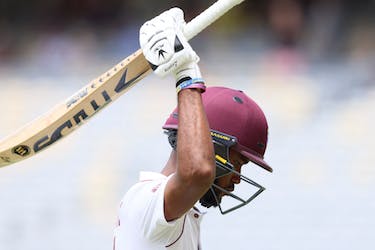 Two years ago, Brathwaite was statistically the worst opener in Test cricket. Since taking over as captain, his career has taken a remarkable turn for the better

Did you know? Kraigg Brathwaite averages 73.88 in Test cricket this year. Brathwaite (665) has scored nearly twice as much as the second-best West Indies batter this calendar year, Jermaine Blackwood (349).

Did you also know? This is the same Kraigg Brathwaite that, about 20 months ago, was statistically the worst opening batter in the world, that too by some distance.

Chances are that you probably don’t remember Brathwaite’s lean run. It's natural to forget things in sport due to the content overload we've all been exposed to, so in your mind, Brathwaite probably has always been that guy who’s been a rock for West Indies in the longest format.

But for two years, he was bad. Really, really bad.

Here’s how bad Brathwaite was! During this period: the 16th batter in the list, Imam-ul-Haq, averaged 7 more than him. Essentially, when it came to hopeless openers (strictly statistically), there was Brathwaite, daylight, some more daylight, and then the likes of Imam, Marcus Harris and Jeet Raval. 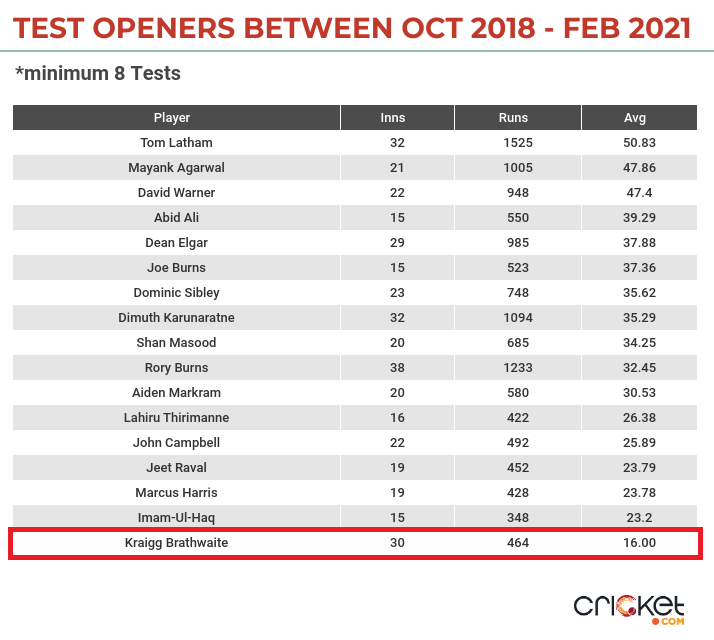 It was some fall from grace because in the 37 Tests that preceded this wretched run of form, Brathwaite had averaged 41.10 and had struck seven hundreds.

He was genuinely considered one of the best opening bats in the world. His CV was glittering.

Then came the downfall, quite really out of nowhere, that began in Rajkot against India. Forget being the worst opener in the world; he was the worst batter in the West Indian side. That was damning because the Windies, in the said period, had as many as four batters (excluding Brathwaite) who averaged under 20. None of them were as bad as him.

It came to a point where you almost had to resign to the fact that the rut was never going to end. That Brathwaite was close to being ‘done’, though he was still in his 20s.

Phew! Those were some really silly thoughts, weren’t they?

Because here he is, 18 months on, back to the top. Batting as well as he ever has.

Here he is, casually proving the ‘form is temporary, class is permanent’ cliché to be true.

Craig with a K and an extra ‘g’ proving that 'Klass' is indeed permanent.

How being handed captaincy has coincided with Brathwaite’s resurgence 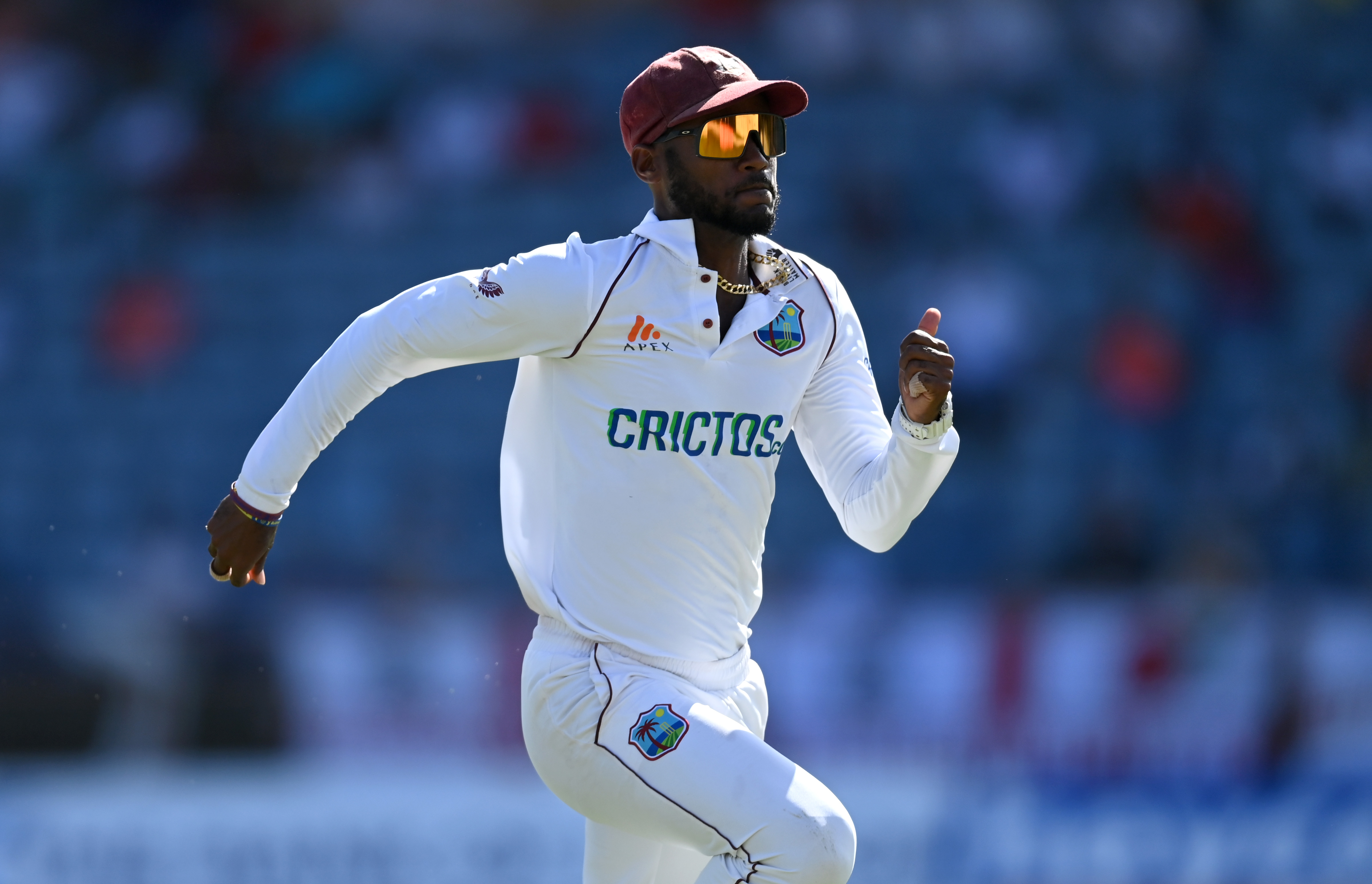 After averaging 16.00 across 15 Tests and 30 innings, the last thing Brathwaite would have imagined is him becoming the permanent captain of the Test side just months down the line.

But fate did its thing and voila, by March 2021, Brathwaite was indeed West Indies’ permanent Test captain.

A bunch of senior players, including incumbent skipper Jason Holder, withdrawing from the tour of Bangladesh due to personal reasons meant that Brathwaite got the opportunity to lead an inexperienced side away in the sub-continent. He was appointed stand-in skipper by CWI, not necessarily because of his leadership qualities. Maybe it played a part too, but Brathwaite was a straightforward choice due to his experience.

Two historic wins and a 2-0 whitewash later, the selectors were so impressed with Brathwaite’s captaincy that they decided to instantly appoint him full-time skipper, giving the sack to Holder.

"Bangladesh really opened our eyes to a number of things. What we saw was a team playing with passion, playing with determination, rallying around each other, great teamwork, and showing a great desire to succeed. Kraigg played a major part in that,” West Indies' then lead selector Roger Harper said, explaining the decision to appoint Brathwaite the skipper.

The second part of Harper’s statement is what, in hindsight, has proven to be prophetic.

"We also saw Kraigg's batting returning to the sort of form that we expect and look forward to. He handled the responsibility very well, and I expect big scores to come from Kraigg in the very near future. [In] areas where we thought there was a need for improvement, we saw exactly the sort of effort and spirit and the birth of a culture that we would really like to see go forward and develop and be instilled. "

Coincidentally or otherwise, Brathwaite’s resurgence with the bat has directly coincided with him being appointed skipper.

Since being appointed full-time captain, Brathwaite has averaged 47.64, striking three tons in 14 Tests. In 28 innings, he’s scored nearly thrice as much as what he managed in the wretched 2018-20 phase. 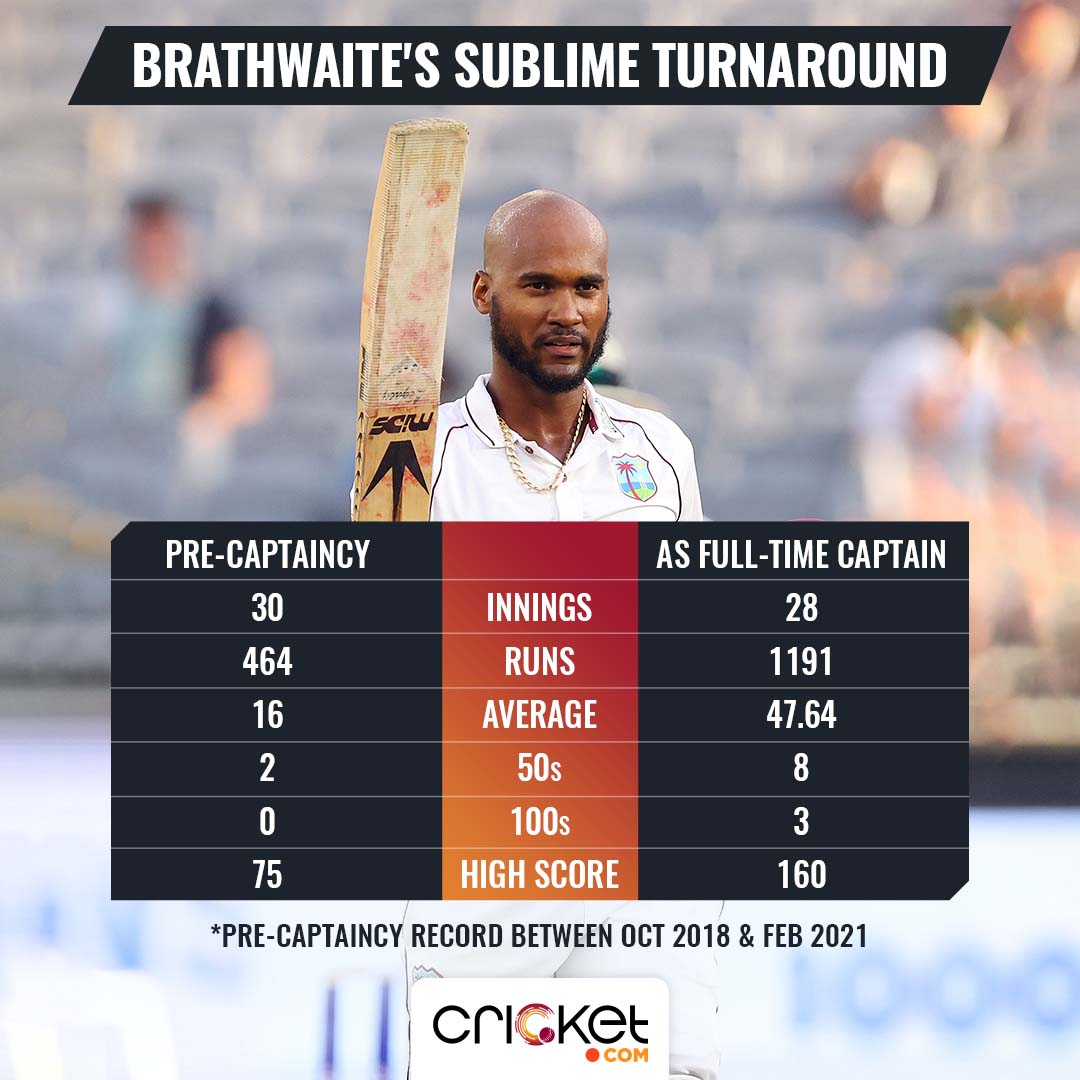 An intangible like being handed the responsibility of captaincy has the ability to lift an individual, but you don’t go from averaging 16.00 to 47.00 just because of a title. The Bangladesh tour — in which he was stand-in captain — saw Brathwaite show glimpses of his best as he notched up scores of 76 and 47, and in the aftermath of that series,  he explained how getting his balance in order made a world of difference to his batting.

"The more you're balanced, the better your shots, and that was something important for me," he said.

"I also went about planning even better in terms of how I want to go about my innings and topping up on power. But mainly getting my balance in order and backing yourself. You always have plans, and it's to really trust them, that was the key for me. Planning was very very important."

Heading into the Australia series, Brathwaite had averaged 70.14 from 5 Tests in 2022. His achievements in the calendar year included him batting 673 balls in Bridgetown against England — across innings — to score 216 runs and a match-winning 94 on a very challenging Gros Islet wicket against Bangladesh. In the last Test, he played in 2021, away in Sri Lanka, Brathwaite top-scored for West Indies with 72 on a typical Galle wicket.

Point is: he was not entering the Australia tour having to ‘prove’ something.

But we all know how sport works. There are always questions. Endless ones.

‘Could Messi do it on a cold rainy night in Stoke?’

Similarly, ‘yeah, Brathwaite has been smashing it all year, but could he do it on bouncy Australian wickets against Starc, Cummins and Hazlewood’?

Turns out, he could. 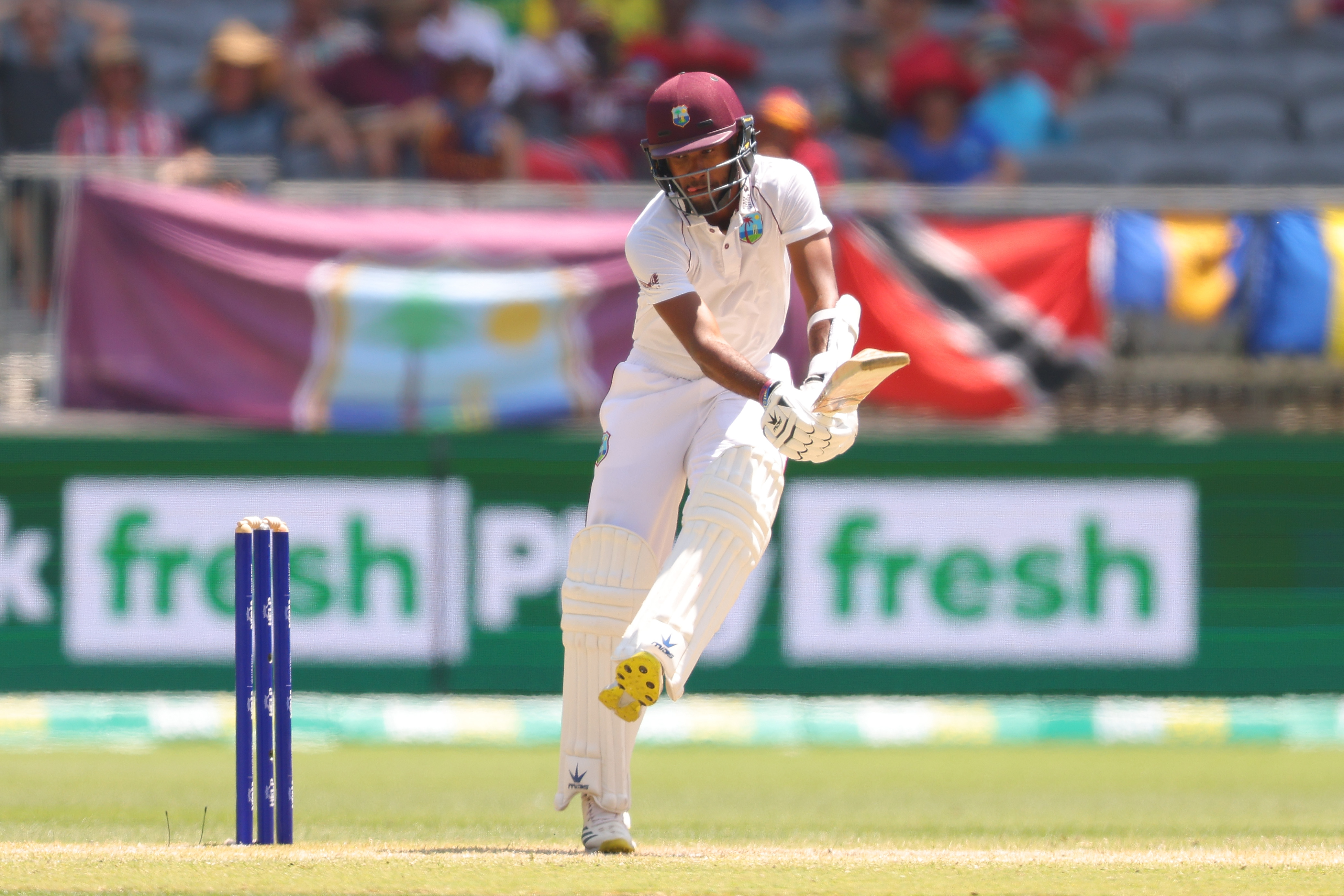 At the Optus Stadium, Brathwaite amassed 174 across 2 innings, scoring an exquisite ton in the second dig to give his side hope of getting something out of the game.

The wicket was largely batter-friendly — look no further than Australia scoring 780 runs for the loss of 6 wickets — but Brathwaite’s efforts were still special for a variety of reasons.

None more so than the fact that, once he strode out to bat, he was able to completely erase from his mind key factors like what unfolded on the field, the situation of the match (West Indies were fully under pressure) and so on.

The 64 in the first innings arguably was tougher. In fact, most certainly, it was.

Brathwaite had just seen his bowlers get pummeled for nearly 600, and he and his side had spent no less than 152.4 overs on the field. Australia declared right after tea, and lying ahead for the Windies was 25 overs of hell against a fully charged-up Starc, Cummins and Hazlewood.

The conditions were still great for batting, but ask any batter who’d spent 1.5 days fielding, watching the opposition batters smack the bowlers, and they’ll tell you how easy it is to mentally check out. You simply get run over. Most of the time, you get daunted by the scorecard once you realize just how far behind you are in the contest.

He stayed true to his age-old method and ground the bowlers down. For Brathwaite, it was almost as if the first innings didn’t exist.

He batted 166 balls and it seemed that the only way he was going to get out was if the best bowler in the world bowled one of his best balls. That’s exactly what happened.

Part of the reason why the 64 in the first innings was better than the 110 in the second was, in the first dig, he also had to contend with the threat of Pat Cummins, something he didn’t have to do the second time around. But take nothing away from the ton in the fourth innings, it was a masterclass in every way. 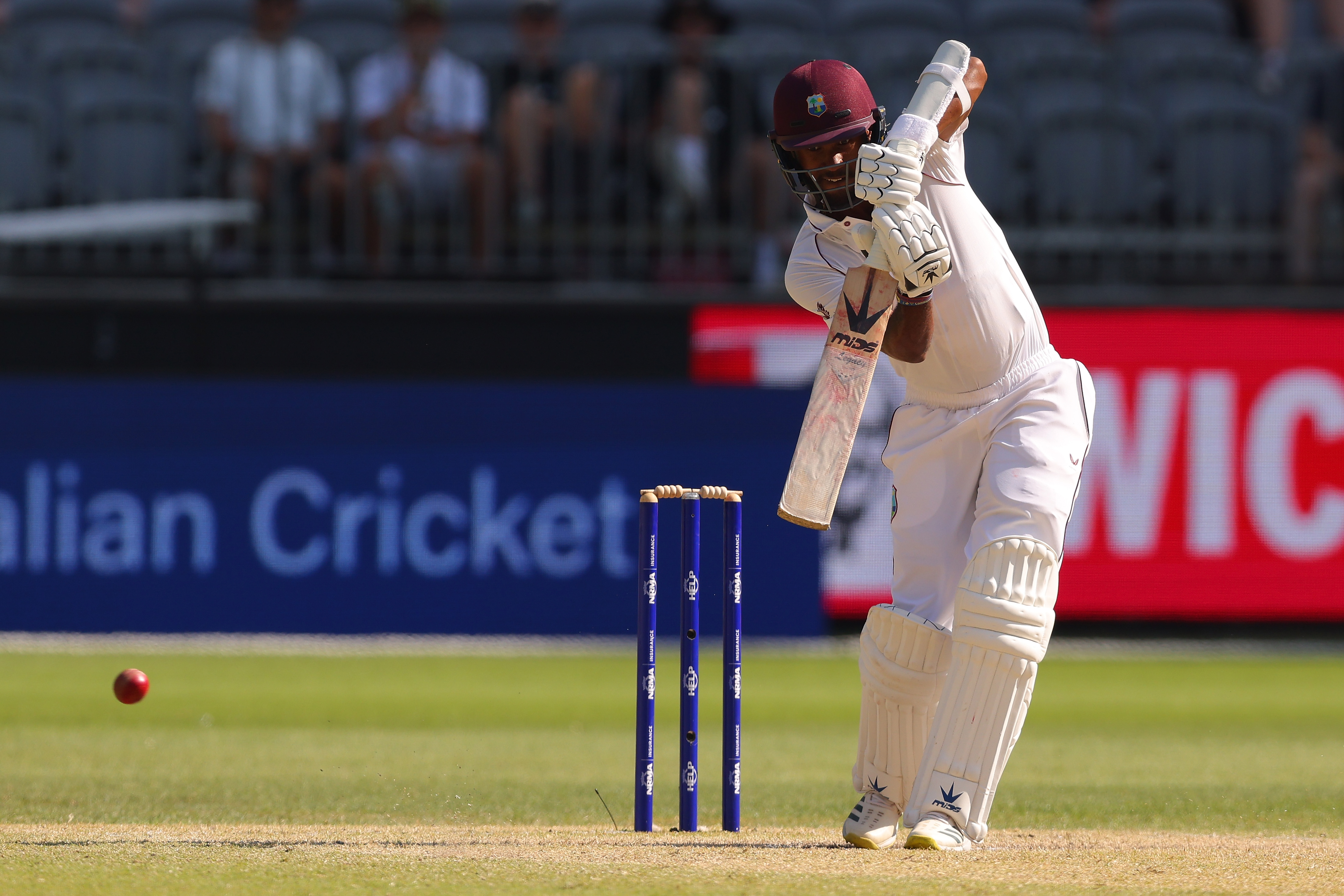 Brathwaite dexterously negotiated the threat of the Australian seamers, but the highlight of his knock(s), in many ways, was how he conquered his nemesis, Nathan Lyon.

Heading into the Perth Test, Lyon had dismissed Brathwaite four times in 7 innings. The right-hander has a dismal average of 15.00 against Australia’s lead spinner.

However, at the Optus Stadium, one of Lyon’s best venues, Brathwaite took the off-spinner apart, taking 67 runs off the 98 balls he faced against him. The Windies skipper was palpably aggressive against Lyon, primarily deploying sweeps and lofted hits, and struck 10 boundaries in total. Astonishingly, against Lyon, he batted with a control percentage of 94.9% in the entire Test.

As it turned out, Lyon got his man on the final day, but it was anything but the ‘last laugh’. Brathwaite will head into Adelaide with a 2-0 lead over his nemesis.

Brathwaite’s efforts, unfortunately, were not enough for the Windies to salvage a draw, but the skipper, through his showing, showed the world that he is well and truly back to his best.

The days when he was the worst opening batter in the world are long gone. Brathwaite is now back among the best.