The less is more mantra for Zimbabwe under Houghton 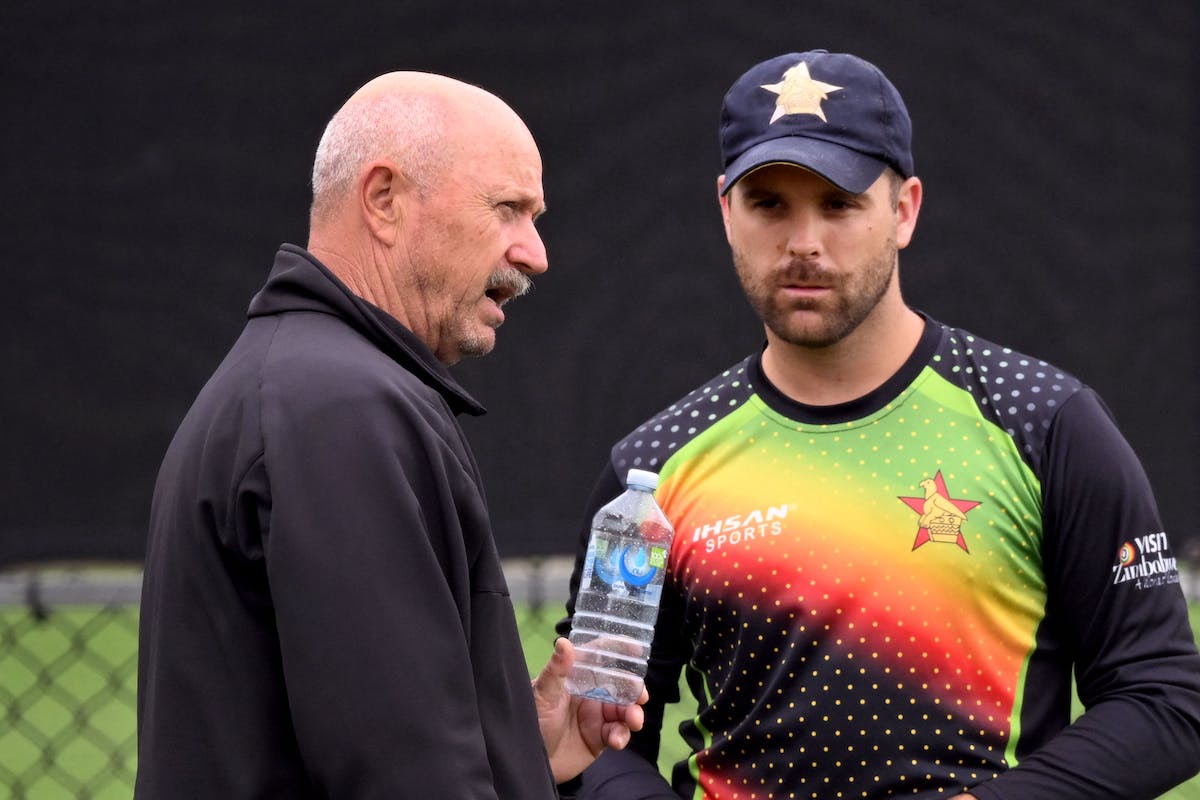 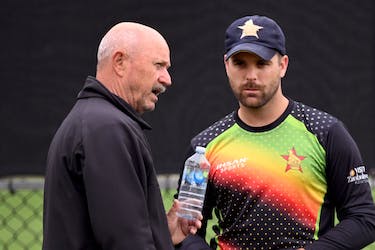 The less is more mantra for Zimbabwe under Houghton

This time last year, both sides that progressed out of Group B in the initial 2022 T20 World Cup qualifying phase, Ireland and Zimbabwe, were in dire positions. Ireland had just been knocked out of the 2021 competition by Namibia, while Zimbabwe were banned from even competing due to political interference in their cricket governance.

Fast forward 12 months, both countries have turned the corner, but in vastly different ways. Ireland have changed their squad significantly, both in terms of personnel and player roles: Kevin O’Brien was dropped, George Dockrell and Harry Tector have relied on more with the bat while Gareth Delany has had a resurgence as a leg-spinner, earning player of the match in Friday’s nine-wicket win over the West Indies.

By contrast, Zimbabwe have kept faith with much of the squad that lost a T20 series to Ireland prior to the 2021 World Cup.

What has changed? The return of Dave Houghton for a second stint as head coach.

The country’s former captain - their first in Test cricket - has had a rejuvenating effect on Zimbabwe’s senior players. None more so than Sikandar Raza, an early candidate for player of the tournament with 136 runs (average 45, strike rate 172) and five wickets in the three games so far. The all-rounder is having a career-best year in T20Is, and he credits one man for his resurgence.

“Dave has made a massive difference since taking over,” explains Raza. “He’s understood the players, given us the freedom; there are a lot of other things he’s brought to the changing-room but those are the top two.

“There is a lot of respect among the coaches and the players, he’s allowed us to play with responsibility and freedom. The credit goes to Davey and not me. We’ve got a very good squad, a very diverse squad that’s gelling really well. The credit goes to Davey. He looks after every individual’s needs and what needs to be done. He understands each player and brings us together, that’s been our strength and that’s why we’re playing well.”

Raza’s words are a ringing endorsement of Zimbabwe’s new leader off the pitch, but what does Houghton himself see as his greatest contribution to turning the side around?

“A lot of people have asked me what I have brought and I don’t really know to be honest,” he says. “Regarding our team, we don’t really need to change it at the moment. We’ve got a really nice blend of experience and youth.

“The only thing I've done to the guys is say 'you have the freedom to play, and there will be no repercussions if you make mistakes. I don’t believe you can grow as a cricketer if you’re in fear of your own shadow or in fear of playing a bad shot or bowling a bad ball.”

Playing without fear has fast become the theme of T20 cricket across the world. For most, that looks like nailing your skills in practice to have the confidence to put in match-winning performances on game day.

However, training habits were a problem for Zimbabwe when Houghton joined the squad. An over-exuberance for training and for lengthy, analytical discussions was holding the side back.

“The other thing I've done is changed our practising schedules,” explains Houghton. “The Zimbabwean guys have worked really hard to get techniques to where they can compete at this level, but they over-practise.

“If I leave them to their own devices, they'll practice from 8am to 4pm every day of the week. The problem with that is that, by day two, the practising becomes mundane and boring and nobody is actually going forward.

"I think [there was] a little bit of over-analysis, over-practicing, repercussions every time we play badly, guys were hauled up in front of each other in the changing room. It’s not a recipe for a good side.”

The signs point to the Houghton effect being a mental, rather than a technical one, at least for now when he’s only been in the job since June. The turnaround to becoming a mentally stronger, happier side wasn’t a difficult one, claims Houghton. He used the natural beauty of Zimbabwe to start that process early in his tenure.

“I don’t think it was too difficult, nobody wants to be unhappy. The first thing we did from the time they appointed me as coach is I put them on a bus and took them to a game park. We had a nice sunset looking at the animals and having a few beers.

“We sat down and talked a little bit. Once they realised I’m not going to be a person pointing fingers and shouting at them all day, I think immediately there was a change in attitude.”

In the Super 12s, Houghton’s goals are simple. “We want to cause some damage. If we could take home a couple of big scalps as well, that would be great. If we can get into the semi-finals even better.”