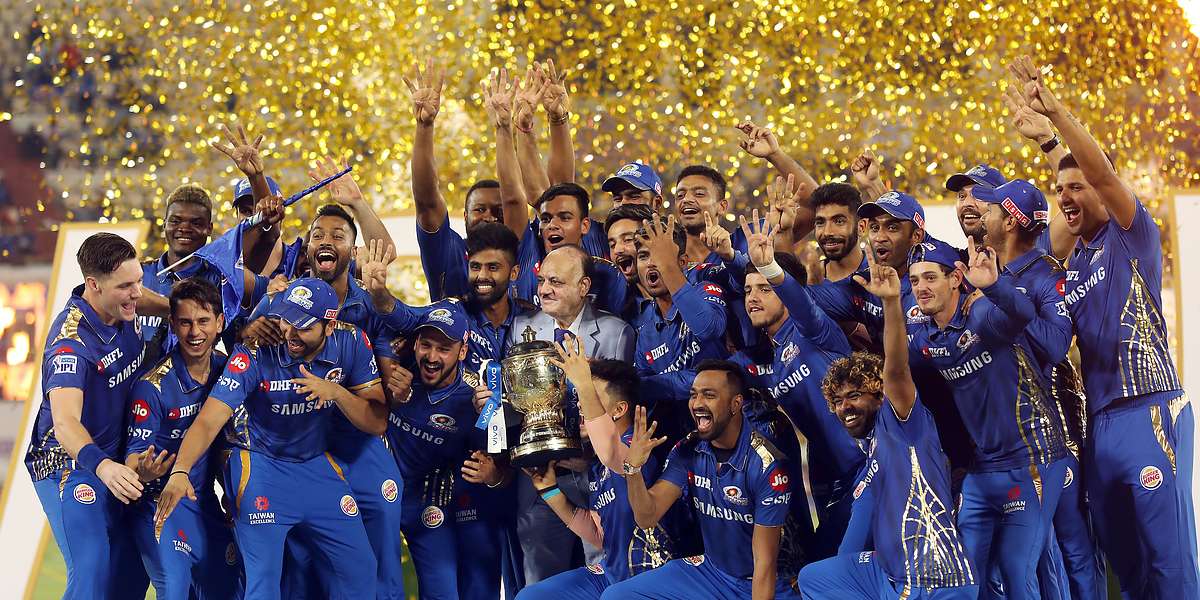 On the day Mumbai Indians won their fourth IPL trophy last year, we analyze the factors behind their domination

One ball, two runs. Lasith Malinga lands a perfect yorker, for the umpteenth time in his IPL career, trapping Shardul Thakur in front of the stumps. The umpire lifts his finger to crown Mumbai Indians the winner of the 2019 IPL final.

On this day, last year, Mumbai won their fourth IPL title, pipping their opponents in the final, Chennai Super Kings thereby crossing their 3 title-wins. The astounding aspect about this record is the fact that Mumbai did not lift a single trophy in the first five seasons. In the following seven seasons, they have won four times. Winning every second year in a cut-throat competition like the IPL is a massive achievement. There is definitely something Mumbai is doing right.

One such striking factor is their team building. T20 cricket is largely about utilizing your resources to the maximum extent, especially with the bat. Mumbai Indians, in their first two campaigns in 2008 and 2009 failed in that facet. In the second half of their innings, their average economy rate was 9.1 runs per over in 2008, fifth amongst all teams and dipped to 8.1 in 2009, sixth amongst eight teams. In 2010, they spent heavily to make the new T20 sensation, Kieron Pollard a part of their team. Consequently, their average run-rate in overs 11 to 20 skyrocketed to 9.5 runs per over - the highest amongst all sides in 2010. Pollard had the highest strike-rate in that phase (188.8) amongst all Mumbai batsmen contributing 253 runs. Mumbai made it to the final that year. Adding Pollard to the ‘paltan’ had a direct impact on their fortunes. His inclusion was also the first step taken towards building an immaculate T20 squad.

Next year, they added home boy Rohit Sharma to the bandwagon. Lasith Malinga had already shone for them.

In between these big names, there were the local stars - Ambati Rayudu and Saurabh Tiwari - who scored 775 runs in between them in the 2010 season. Season 2013 further marked Mumbai’s eye for talent. Jasprit Bumrah had not played any first-class cricket when he was spotted by John Wright less than a month away from the 2013 season. When he dismissed Virat Kohli for his first wicket on IPL debut, not many would have thought he would go on to become the greatest gift to Indian cricket from Mumbai Indians. Irrespective of which phase he bowls in, he creates a difference of at least one run per over. 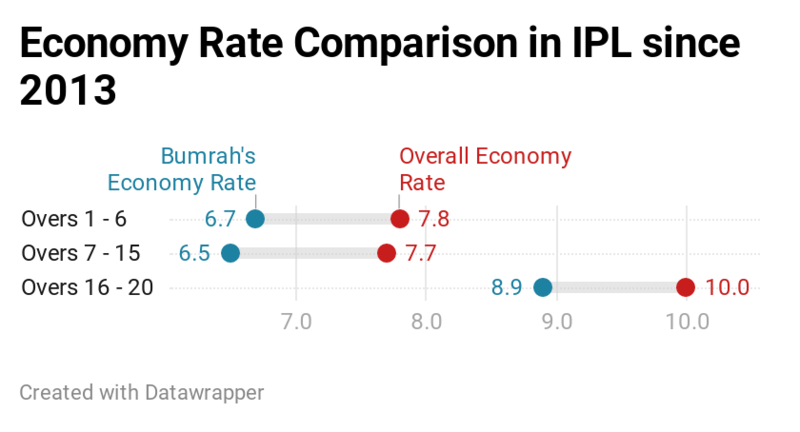 Two years later, Hardik Pandya joined to further bolster the batting and lend a helping hand with the ball. The subsequent season, he was joined by his brother, Krunal Pandya. Though, both the Pandya brothers had made their way into domestic cricket, they were still unknown names picked out of oblivion. Their addition gave Mumbai the flexibility of playing three allrounders in the XI - Pollard and the Pandya brothers - a luxury no other team has in the competition. It was achieved through scouting and trusting the rising talent.

The amount of overs bowled between them have kept on increasing every year, thus allowing Mumbai to play an extra batsman.

Improvement shown by the Pandya brothers have also lowered the bowling expectations from Pollard who can now concentrate on his batting. Pollard has not been required to bowl since 2017.

Rahul Chahar (after Mayank Markande in 2018), is another example of a promising young talent in the Mumbai camp, who has completed the only missing piece in their bowling arsenal - a wrist-spinner - handing them a complete attack. Alongside Bumrah and Malinga, they have always had the left-arm quick option of Mitchell McClenaghan. Now, they have Trent Boult as well. They have finger spinners of both varieties - The elder Pandya and Jayant Yadav. For years, they had the efficiency of Harbhajan Singh.

“We have a balanced squad whatever the conditions are”, said Rohit after winning the first qualifier last year.

Mumbai has also done the job of retaining these players terrifically. Pollard, Pandya brothers, Bumrah and Malinga have played all their games for Mumbai. Rohit has been firmly established with them since 2011. Chennai Super Kings is another side which has retained their core from the inception of IPL and the results are obvious.

Mumbai and Chennai are the only sides to have won more than 60 percent of their home games since 2013. The two sides have assembled squads befitting their home conditions. Chennai has a spin-heavy attack for Chepauk while Mumbai has power-hitters for their true-to-its-nature strip at the Wankhede.

A home track conducive to power-hitting is another reason why Mumbai never entertained the thought of a wrist-spinner. Spinners for them were majorly a method of containing. They were content with Harbhajan who bowled at a highly impressive economy rate of 7 runs per over till his time with Mumbai. It was only in 2018, when Harbhajan was released, that Mumbai’s usage of leg-spin went beyond 10 percent of the total balls bowled by them in a season as they switched to an attacking mindset in the middle overs. Till 2016, the highest proportion of leg-spin bowled by them in a season was at 4.4 percent.

The yorker specialists - Bumrah and Malinga - don’t need to rely on slower balls. The basic application of slower balls hardly works on featherbeds for batsmen that are paved in the Wankhede. The variety of slower balls (traditional slower ball, cutters, knuckle ball, slow bouncer) have leaked runs at 9.95 runs per over at the death in Wankhede since 2013. Hence bowlers like Bumrah and Malinga are more suitable for Mumbai rather than someone like Dwayne Bravo. Over the last three years, Mumbai Indians have bowled only 10.4 percent of slower deliveries during the death overs at Wankhede.

Their batsmen can play through the line to assist both artistry and the power game of their batsmen. On the contrary, Delhi, placed last in terms of win percentage at home has had similar stroke-makers in Rishabh Pant, Shikhar Dhawan, Colin Munro, Glenn Maxwell over the last two years but haven’t been able to make most of their batting talent because of a low and slow track at Kotla.

A player for every occasion

Outside of their big six (Pollard, Malinga, Bumrah, Pandya Brothers and Rohit Sharma), the other half has been highly productive as well. Players like Suryakumar Yadav, McClenaghan, Quinton de Kock, Ishan Kishan and many more have risen to the occasion whenever required. As a result, Mumbai has the most number of players to win the man-of-the match award, another stunning feature of their side.

Brilliant management, a shrewd captain in Rohit, three allrounders in their ranks and bowlers like Bumrah and Malinga make Mumbai a team that can win consecutive games in this format, the hardest of all formats to do so. In 2014, they started with five defeats in a row but made it to the playoffs with four successive wins to end the league stage. In 2015, they had only one victory in their first six games. Five consecutive victories in the middle of the league stage took them to the final and their second IPL trophy.

The core is here to stay. The Pandya brothers and Bumrah are in their 20s. Rohit and Pollard are on the right side of their 30s. Malinga, the highest wicket-taker in IPL history, came back to the competition as a player after serving coaching duties in 2018. The closest team to their title count - Chennai - has their core in the twilight period of their respective careers.

If Mumbai Indians keep practising the good habits they have inculcated over the years, there is no reason why they shouldn’t widen the gap between themselves and Chennai Super Kings. 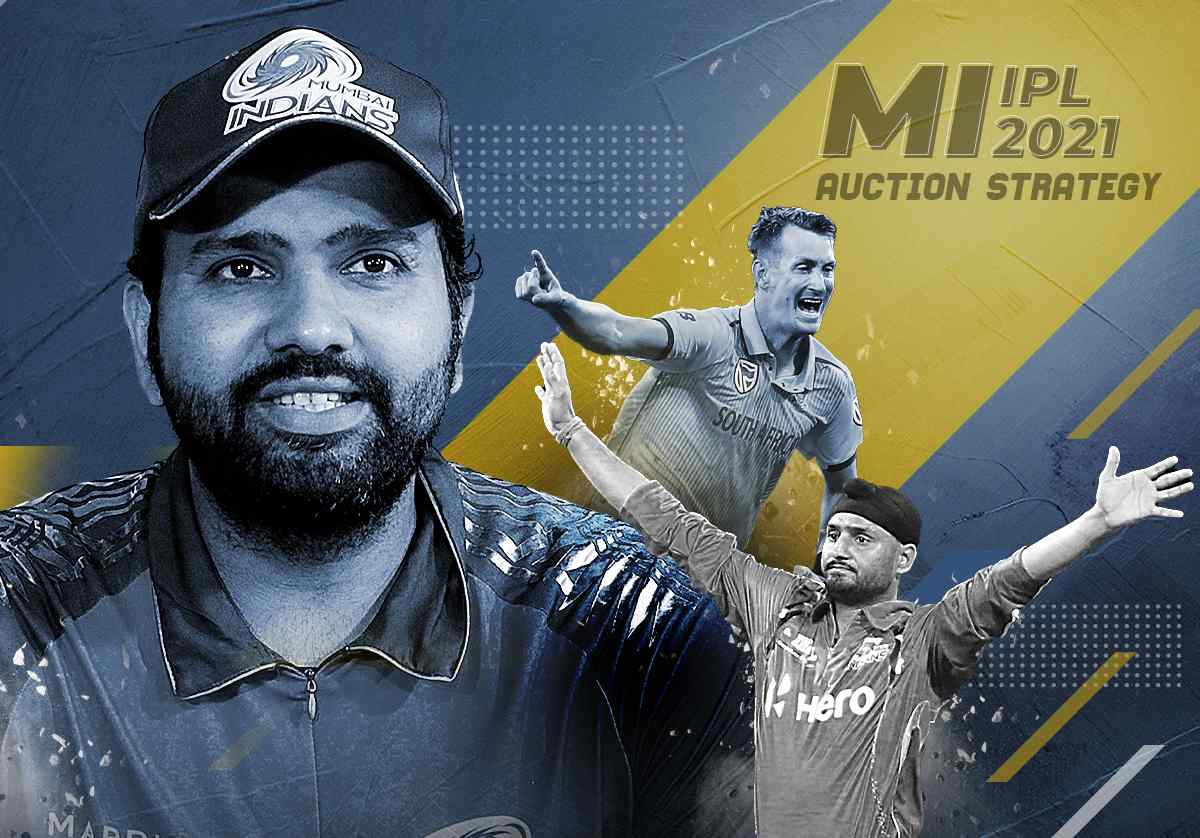 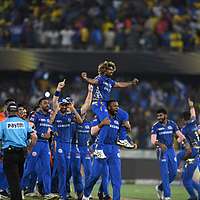