The plan was to bowl wide and slow: Sams 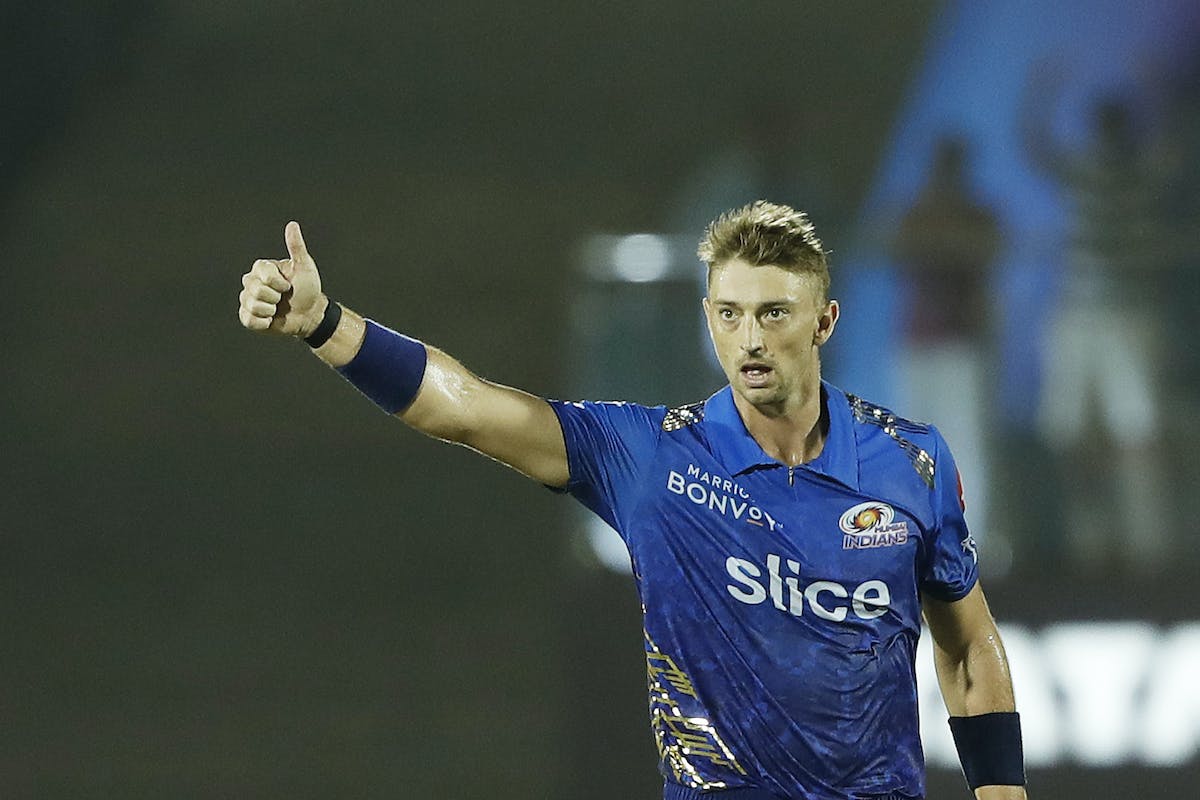 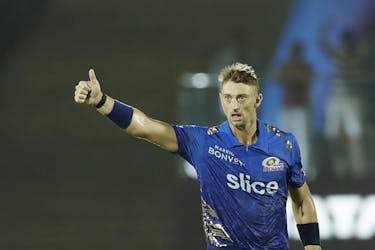 The plan was to bowl wide and slow: Sams

Mumbai Indians pulled off a stunning five-run victory over Gujarat Titans on Friday at the Brabourne Stadium as they defended 9 runs off the final over. Pacer Daniel Sams, who shouldered the tough task against Rahul Tewatia and David Miller, said he was committed to bowl slow and away from the batter's reach without worrying whether it could result in a wide.

"Was trying to focus on what my best ball is and changed the length a bit and bowl wide and slow," the left-arm pacer said in the post-match press conference.

"We have committed to the thing that 'If you bowl there, bowl a wide rather than on the inside' because it might go for a six. I was not thinking about it, but rather on the ball I was trying to execute," he added.

Sams had a bad start to the season as he returned 0-57, 0-32 and 1-50 in the first three games which included being hit for 36 runs in one over by KKR's Pat Cummins. The Australian was benched for the next three games against RCB, PBKS and LSG, which gave him the time to reflect on his strengths and execute his best deliveries on the pitch.

"Its one of those things in cricket.  In the first and third game, I was thinking more about the batter than what I can do. For me, it was a good time to reflect on what I do well. It seems to be working for me since I got back into the game," Sams said.

Rashid not worried by less wickets

After restricting MI to 177/6 in 20 overs on a good batting pitch, GT lost wickets in key moments including that off captain Hardik Pandya and Rahul Tewatia in the final two overs which derailed their chase.

"We had a come back with the ball. While batting, the run-outs of Hardik and Rahul (Tewatia) pushed us back. It was still possible, but sometimes its hard," he said.

"We had finished 5-6 games from this situation. But this is T20 cricket, sometimes you get 20 off 6 balls and sometimes you can't get 10 runs. Its a good learning us and we will try to avoid such situations going forward," he said.

The Afghanistan spinner has not been at his lethal best this season, as he claimed 11 wickets from as many matches at an economy of 6.8. Rashid felt that he is not too bothered by his tally this season.

"In T20s, its always good to take wickets. But for me, its always about economy because it builds pressure on the batsmen. Comparing to the other IPLs, I got little bit less wickets, but there's not much difference. It's just a matter of 3-4 wickets," he said.

Rashid also provided an update on pacer Yash Dayal's fitness who has been sidelined for the past three games due to a niggle. He also said that skipper Pandya will need some more time to bowl again.

"Yash, he is feeling good and recovered a bit. But we can't take chances with his bowling and same with Hardik. We are trying to give him space so he can be back to 100 per cent before he bowls," the leg-spinner said.