There are six contenders, with Ravi Shastri the overwhelming favourite.

Wikipedia describes a dummy candidate as one “who stands for election, usually with no intention or realistic chance of winning”. When we discuss the selection of India’s next head coach, there’s no doubt that all applicants have serious intentions of getting the gig, but do they actually have a realistic chance?

After the abrupt resignation of Anil Kumble following a rift with captain Virat Kohli in 2017, it was Ravi Shastri who got the position and has held it ever since. Shastri’s appointment came on the recommendation of Kohli who seems to enjoy a congenial rapport with the former India all-rounder.

Shastri, as the incumbent, has directly made it to the final shortlist alongside five other candidates. Tom Moody, Mike Hesson, Phil Simmons, Lalchand Rajput and Robin Singh are no dummy candidates. Post their playing careers, they’ve built outstanding CVs. But the question remains: do they have a realistic chance with Shastri in the fray?

With the Cricket Advisory Committee (CAC) consisting of Kapil Dev, Anshuman Gaekwad and Shantha Rangaswamy likely to make the final decision later this week, here’s a closer look at the six candidates.

As asserted already, Shastri is a massive favourite to keep the job. The 57-year-old’s chances of staying in the hot seat are akin to Rafael Nadal playing and winning at Roland Garros. Unless another candidate produces a presentation à la the performances of Robin Soderling in 2009 or Novak Djovokic in 2015, you know Shastri is getting the nod once again.

He worked alongside then coach Duncan Fletcher until the 2015 World Cup where India reached the semi-finals. Fletcher’s contract ran out after the mega event, but Shastri was kept on as the hunt for a new coach began. Eventually in July 2016, Kumble got the job, but Shastri would make a dramatic return a year later.

Under Shastri, India’s most significant moment was the historical Test series victory in Australia but there have been a few disappointments, most notably the failure to go all the way during the 2019 World Cup and letting go of great opportunities to win Test series in South Africa and England.

But Shastri has the backing of India’s captain. And that is likely to sway the odds tremendously in his favour. In a recent press conference, Kohli said: “With Ravi Bhai, we share a great camaraderie, and will definitely be very happy if he continues.” For Shastri, this endorsement -- inspired by his own cliché -- was just what the doctor ordered. 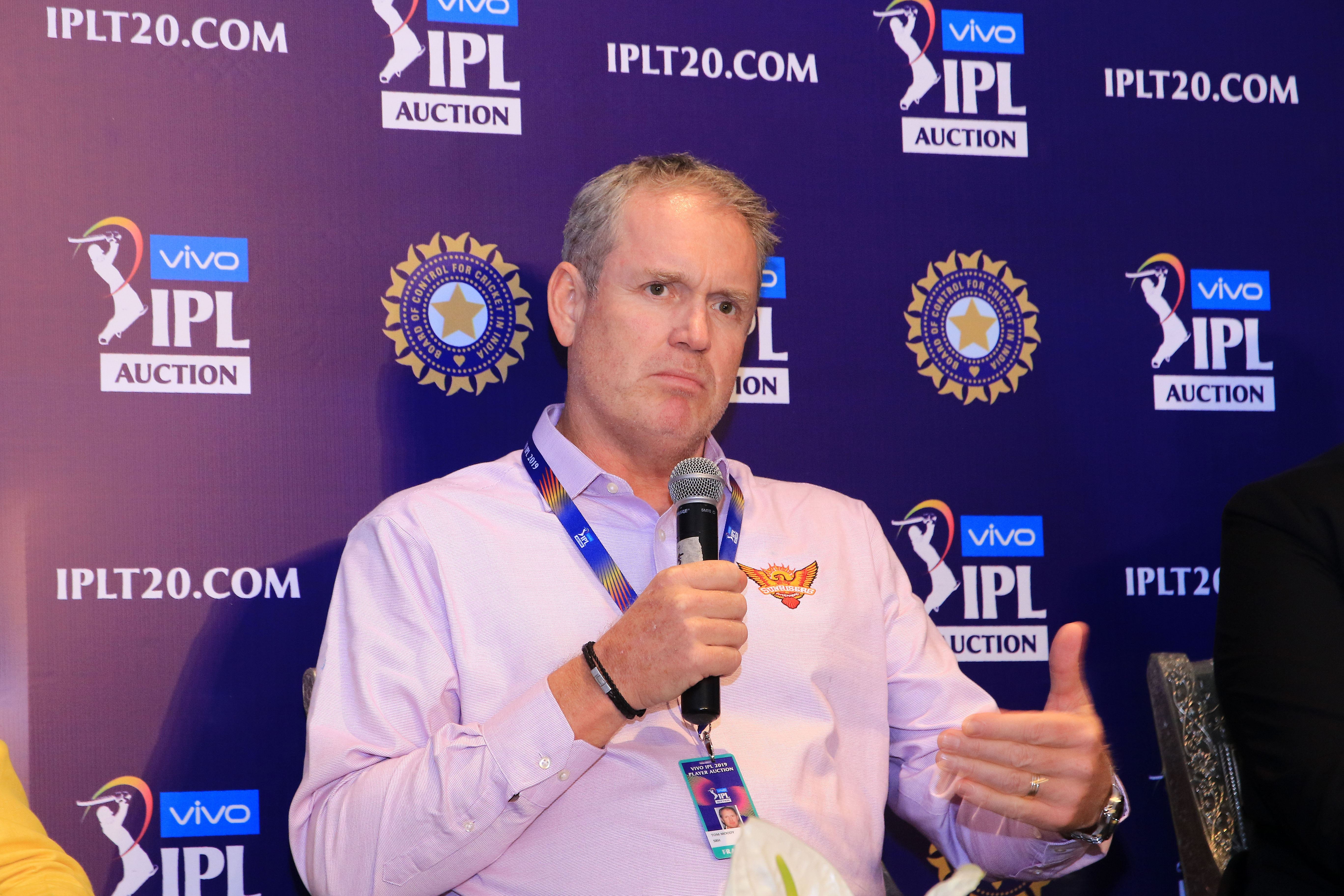 You sometimes wonder why Moody even bothers any longer. For years, the former Australian all-rounder has applied for the job. Most times than not, he has been the best candidate. Yet, he hasn’t got the post so far.

Moody’s CV is first-rate. In 2005, after being overlooked by India, he was appointed as Sri Lanka’s head coach. Under his mentorship, the island nation reached the 2007 World Cup final where they lost to the all-conquering Australians.

While Moody has been the head coach of multiple domestic teams across the globe since, he has impressed when coaching in India too. In the first season of the Indian Premier League (IPL), under him, Kings XI Punjab reached the final four – it took the franchise another six years to reach that stage of the tournament again.

It’s at Sunrisers Hyderabad, though, where Moody has made his biggest impact in the IPL. The franchise which came to being in 2013 had the Australian as its head coach until this year. In seven seasons, Sunrisers made the playoffs five times and won the title in 2016. The Hyderabad-based franchise’s eye for talent has especially been admirable under Moody.

American rock band Journey released their most famous track Don’t Stop Believin’ in 1981 and, 38 years on, it won’t be a surprise if it’s the first song on Moody’s playlist as he takes a shot at becoming India’s head coach once again. 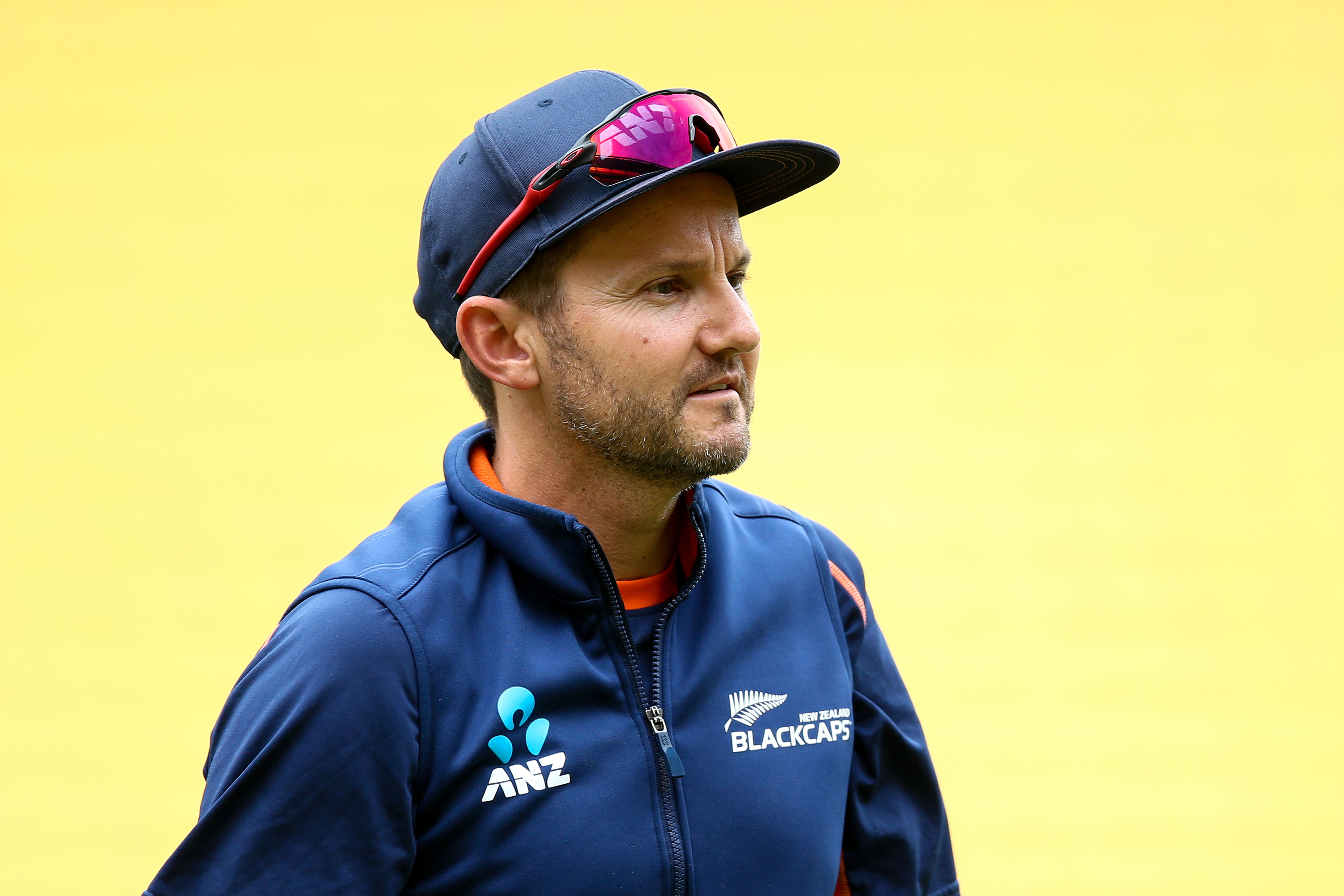 “It’s the greatest time of our lives,” said New Zealand captain Brendon McCullum during the 2015 World Cup. That utterance didn’t come to life only because the Blackcaps were en route to the final, but also because they were relishing the brand of cricket that they were playing.

While McCullum was leading on the field, it was Hesson who was the architect behind the scenes. In fact, it was Hesson himself who had recommended that Ross Taylor be replaced as captain by McCullum.

The circumstances in which the alteration in captaincy took place had then fractured the relationship between Hesson and Taylor. This could work against Hesson here as player power is more substantial in Indian cricket which came to light during the Kumble-Kohli saga.

Hesson has also coached non-Test teams Argentina and Kenya in the past. In IPL 2019, he was the head coach of the Kings XI Punjab, but the Mohali-based franchise endured an unsatisfactory season, finishing sixth.

The 44-year-old is not just the youngest candidate among the shortlisted six but also the only one who hasn’t played first-class cricket. But with two decades of coaching experience, that shouldn’t be a hindrance for Hesson. 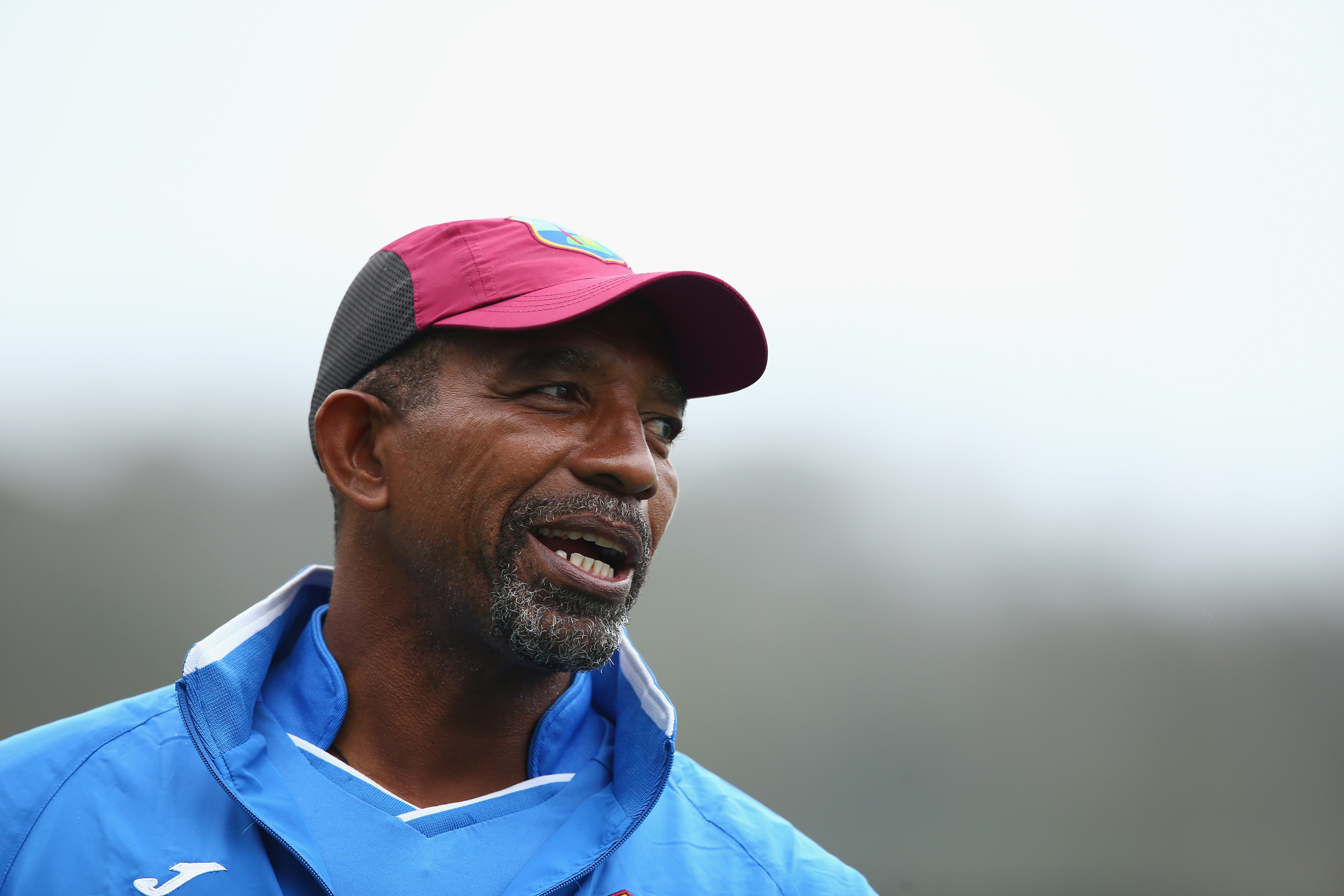 Simmons is another candidate who has come into the race with vast experience behind him. After a 12-year international playing career, his first gig as coach of an international team was a troubled spell with Zimbabwe.

It was with Ireland that he drove his abilities as a coach to the world. In 2007, the Irish had made their biggest cricketing impression when they defeated Pakistan and qualified for the Super Eights of the World Cup. Soon after, Simmons took charge and he held that role for eight years as Ireland continued to create a buzz during world events. At the 2011 World Cup, they defeated England and four years later, they got the better of Simmons’ home team, West Indies.

His success with Ireland had caught the eye of many teams across the globe and it was the West Indies who brought him home. It was a chaotic spell at times, but he led the Caribbean side to the World T20 title which surely ranks as his biggest achievement as a coach so far.

Since December 2017 up until the 2019 World Cup, Simmons was the head coach of Afghanistan – guiding the Asian team to the marquee 50-over tournament and also to their first Test win which came against his old team Ireland in 2019.

Simmons is not one of the favourites to get the Indian job, but you can never count out the man who went on to have a successful international career after a brain surgery following a blow to the head during a tour game in 1988. 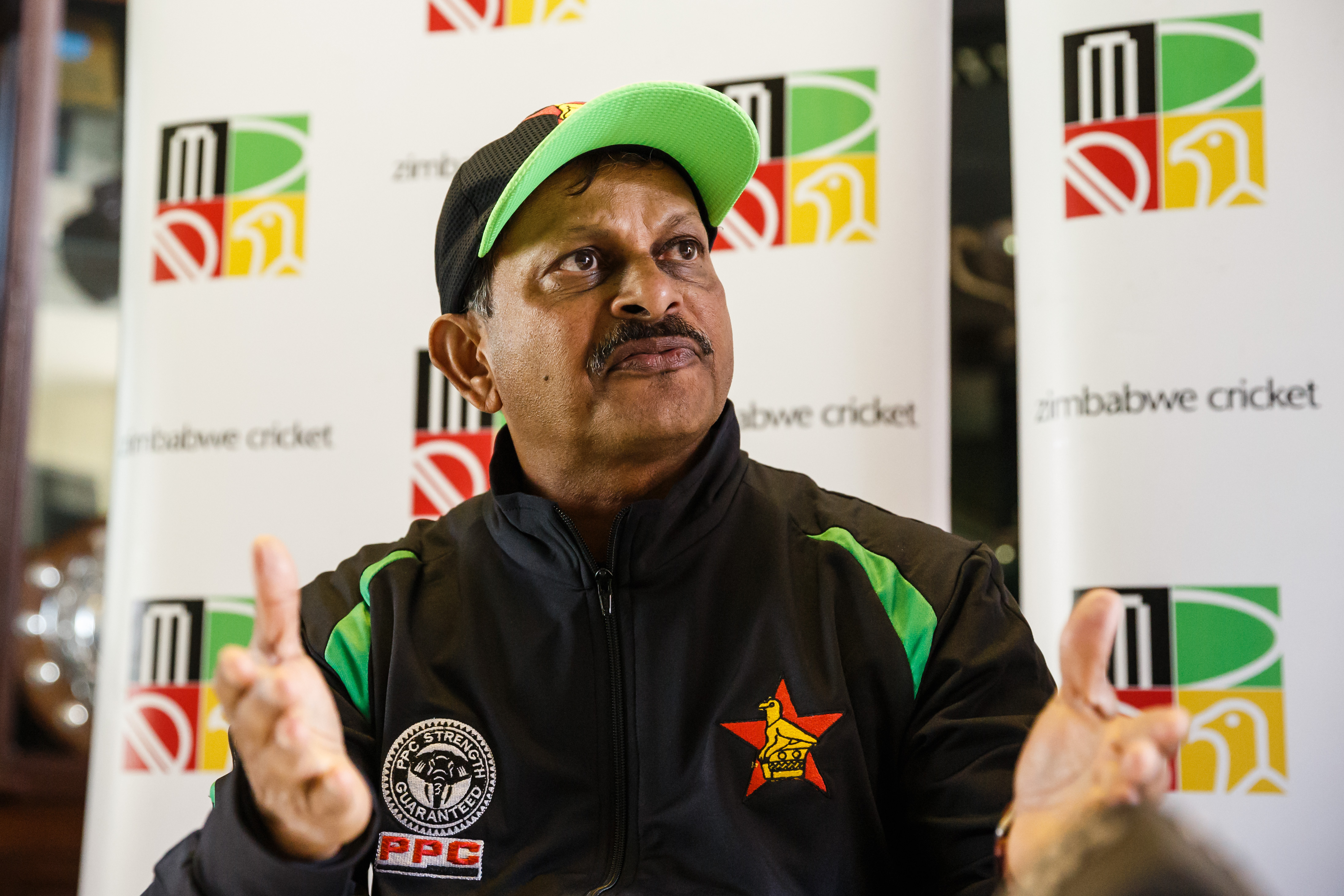 2015-16 was the not the first time that India dawdled in announcing a new coach after a World Cup. In 2007, they had done the same.

Ahead of the 2007 World T20, Rajput was announced as the team manager. There weren’t big expectations as India had left behind their three stalwarts – Sachin Tendulkar, Rahul Dravid and Sourav Ganguly – behind and it was widely perceived that India didn’t take the 20-over format seriously.

In a couple of weeks, everything changed as India went on to win the tournament. Although Rajput had played two Tests during his playing career, he is most remembered for this glorious victory. India’s success also saw a boom in the country’s interest for the format.

The Indian job eventually went to Gary Kirsten back then, but Rajput’s reputation had increased two-fold which resulted in him taking up the reigns at Mumbai Indians in the inaugural season of the IPL. In recent years, he has coached Afghanistan and Zimbabwe which adds more value to his candidature.

In 2007, under the management of Rajput, Indian cricket embraced a new dawn. Will he get the role full time this time around? Unlikely, but not impossible. 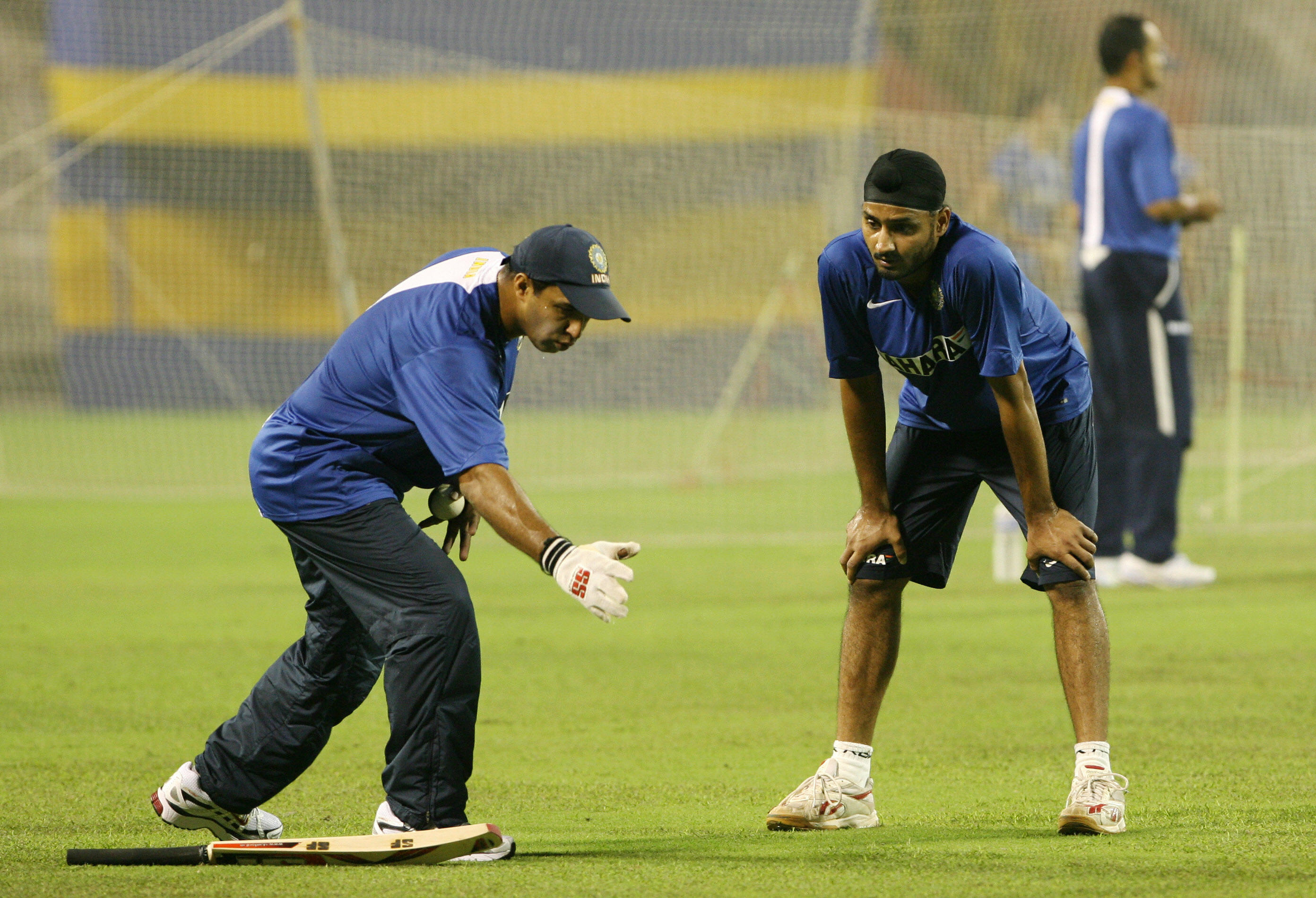 In 2019, India have one of the finest fielding units in the world. But back in the 1990s, it was not the case. In those days when the Men in Blue didn’t possess the likes of Ravindra Jadeja and Hardik Pandya, it was Robin Singh’s name that was synonymous with this skill.

Just like Rajput, Robin was also a part of the backroom staff when India won the 2007 World T20. And it’s no surprise that the former Indian all-rounder served as a fielding coach during this period. This came after a relatively successful tenure as coach of India’s U-19 team.

Soon after, the Trinidad-born cricketer coached Deccan Chargers in the first season of the IPL. It was a forgettable campaign for Robin as the Chargers finished last with just two wins from 14 matches.

Two years later, he was appointed as Mumbai Indians’ head coach – a franchise at which he has enjoyed appreciable success. He led Mumbai to their first playoff appearance in 2010 and to their first trophy (Champions League T20) in 2011. This year, he was the batting coach as the Mumbai-based franchise scaled the peak of Indian domestic T20 cricket for a record fourth time.

With India’s current batting coach Sanjay Bangar’s place under scrutiny, it won’t be a surprise if India go the Mumbai Indians way and appoint Robin in that role. When it comes to the head coach position, does anyone but Shastri have a chance? Unrealistic, but as sports manufacturing giant Adidas would tell you - Impossible is Nothing. 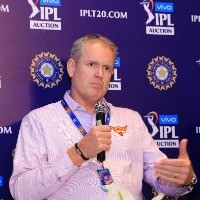