The Rise and Rise of Tim David 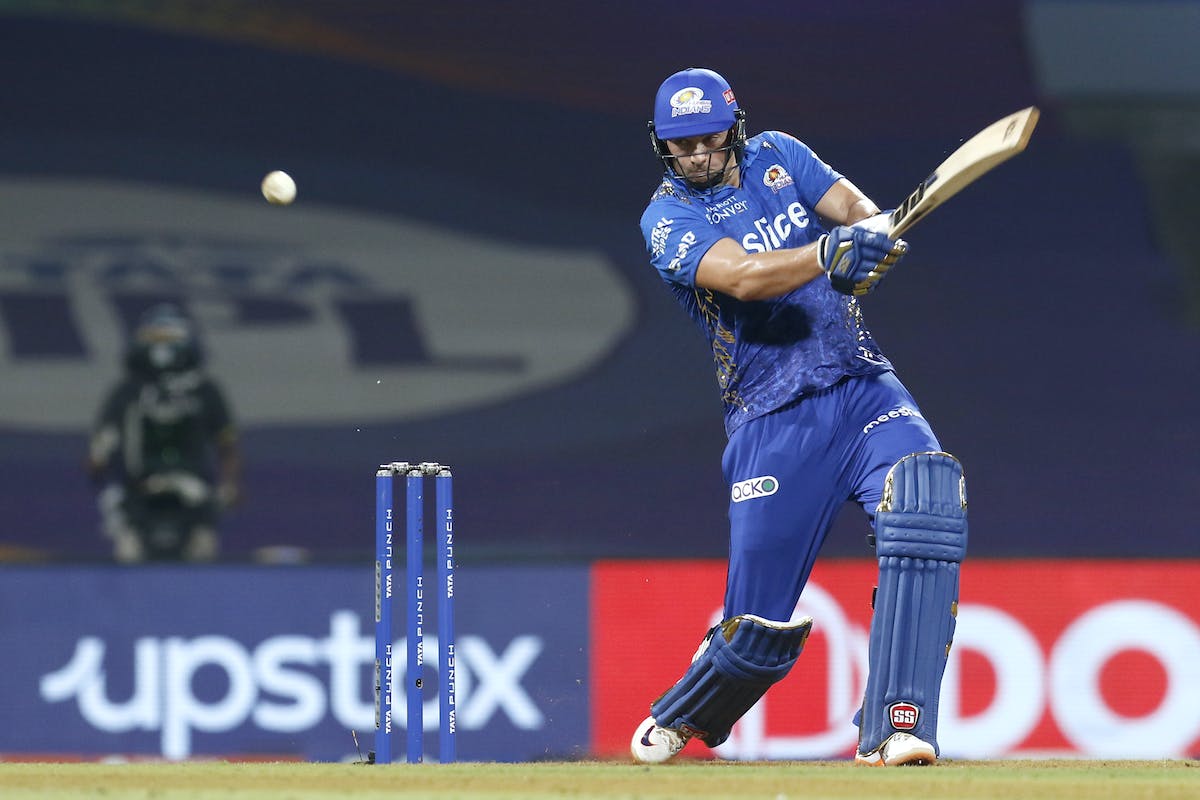 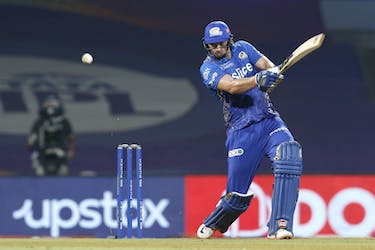 The Rise and Rise of Tim David

A look at the career timeline of David, who across the past 18 months has grown from strength to strength

After predominantly plying his trade in Western Australia Premier Cricket and for the WA U23 side and WA second XI, Tim David’s first big break came in 2018, when an injury-hit Perth Scorchers called him up for the Sydney Sixers clash in BBL 2018. David, in an interview with Emerging Cricket, recalled how ‘everyone was a professional and I wasn’t’ but the right-hander, nevertheless, played a valuable hand on debut (17* off 10 balls) to take the Scorchers over the line in a chase of 168. He went on to play two more games for the Scorchers that season, scoring 16 (13) and 3* (5). 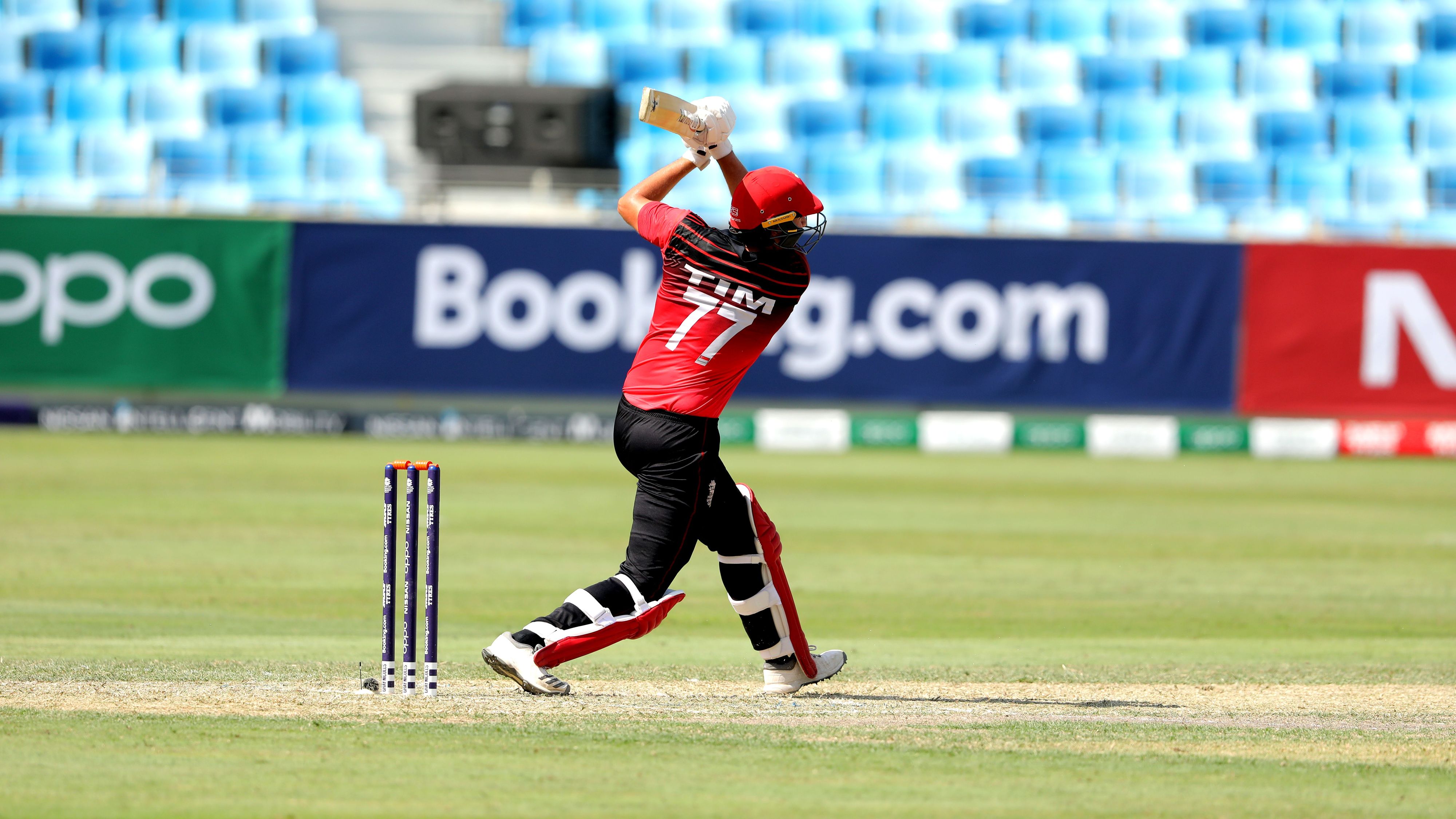 Having been born in Singapore, David was eligible to play for the country and he made his international debut in mid-2019 against Qatar in the ICC Men's T20 World Cup Asia Region Final, at the age of 23. David struck a fine 29-ball 38, batting at No.3, and went on to make a mighty-impressive start to his Singapore career. After 12 matches, his record read 408 runs @ avg 37.09 and SR 148.9.

At the start of 2020, David appeared in the BBL after a two-year hiatus, once again for the Scorchers, but had a forgettable stretch of six matches, averaging 14.6, failing to pass 20 even once. It was a missed opportunity for the then 24-year-old, but he made up for the disappointment in no time by mauling the bowlers in the ACC Eastern Region T20 competition that featured Hong Kong and Nepal among other sides.

David registered scores of 92* and 58 in the two matches he played and finished as the second-highest run-getter in the competition, amassing 150 runs at an astonishing strike rate of 192.30. By this point, signs that David was moving to the next level were starting to emerge. 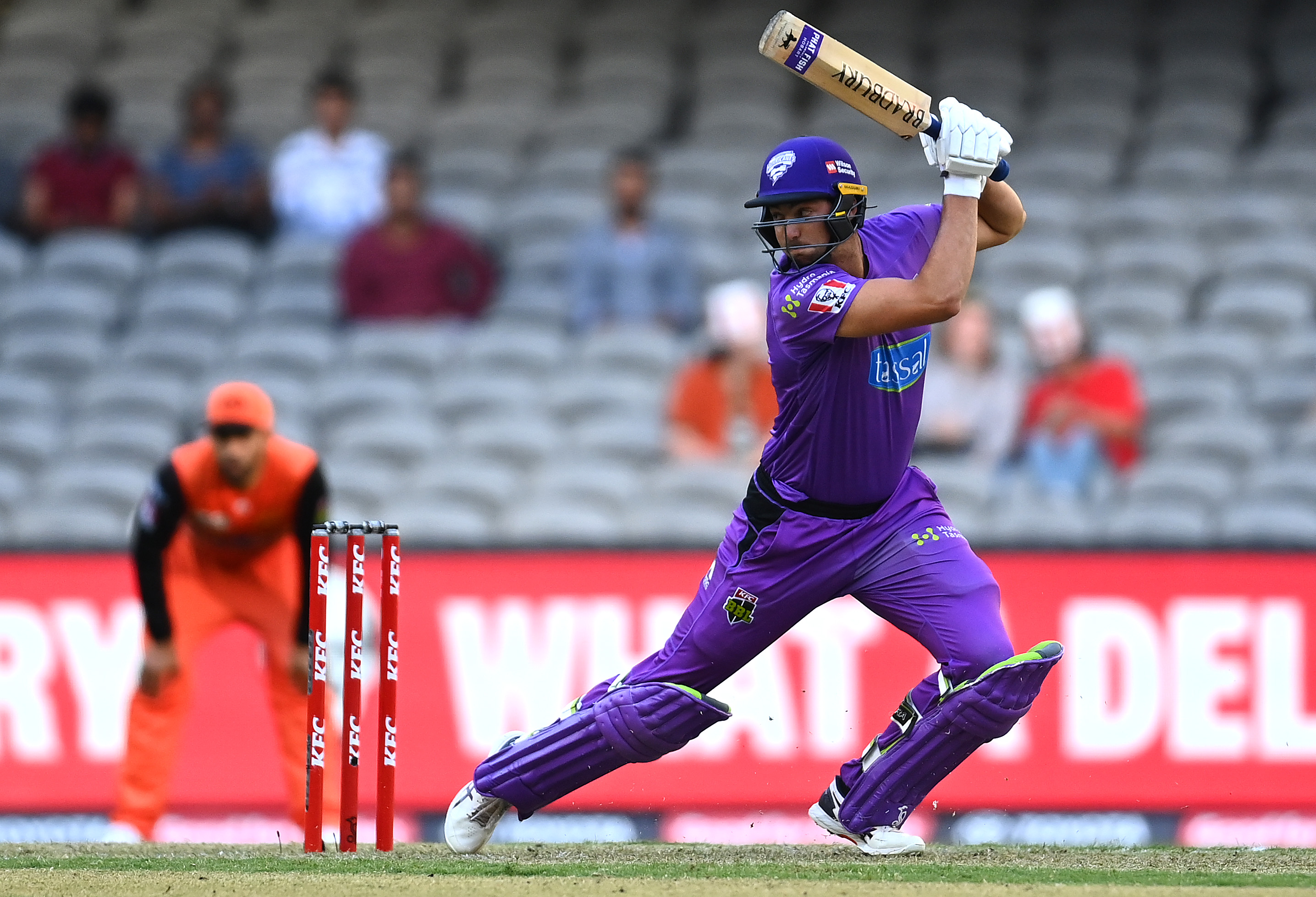 After not being offered a contract by Perth Scorchers, David signed up with the Hobart Hurricanes ahead of BBL 2020/21, a move that turned his career around for the better. David entered the season with no hype, expectations being minimal, but he made heads turn in the very first match by producing a Man of the Match showing against Sydney Sixers. Batting at No.6, as a finisher, David blitzed a 33-ball 58 that featured as many as nine boundaries. 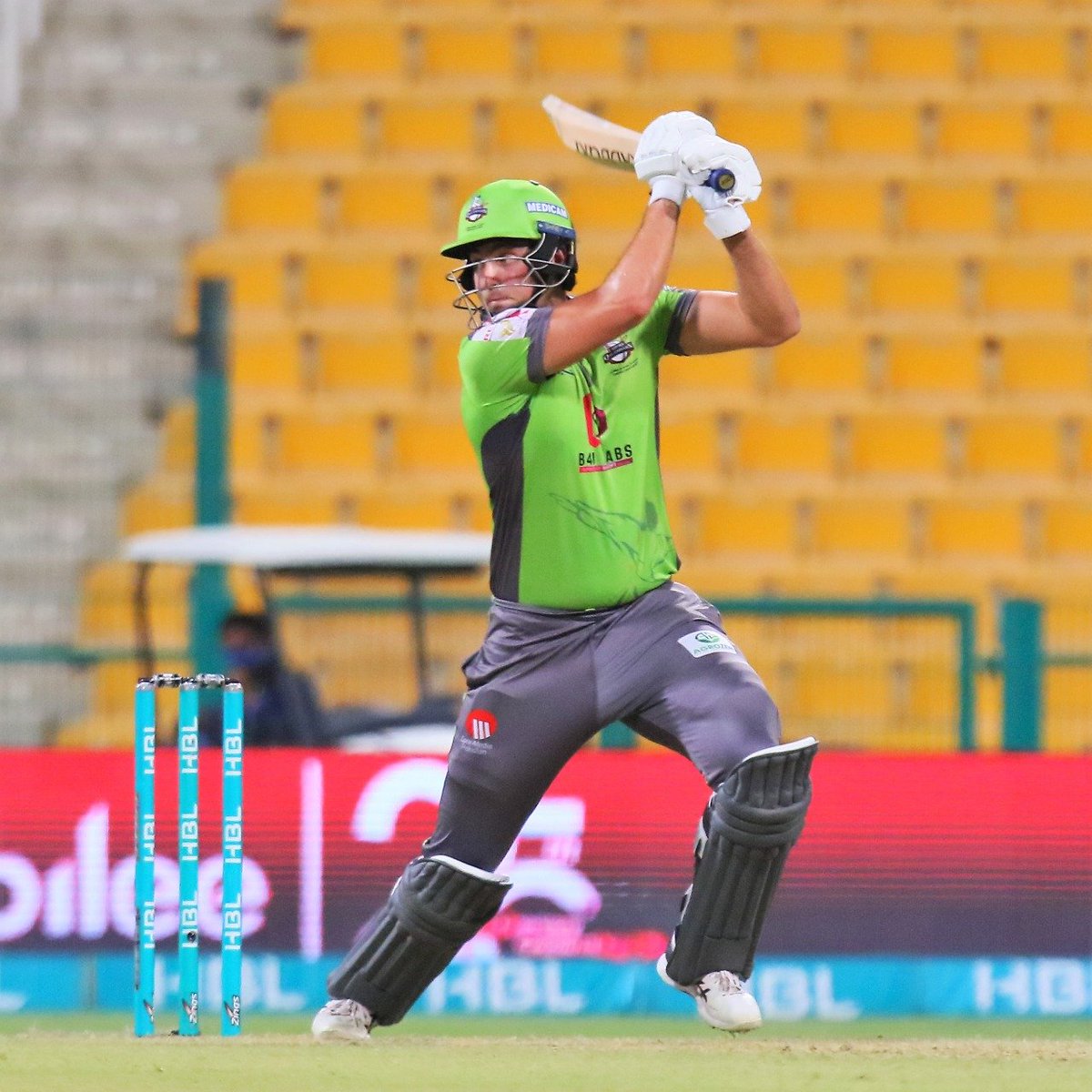 Picked up by Lahore Qalandars in the mini replacement draft, as replacement for David Wiese, David had a mighty-impressive PSL 2021 season, amassing 180 runs at an average of 45.00 and SR of 166.66. In his first match for the franchise David struck an unbeaten 23* (15) that took the Qalandars over the line against Islamabad United, and then he followed it up with a stunning 64* off 36, that featured five sixes, versus Peshawar Zalmi. Lahore not making it to the next round meant that David only got to bat six times, but the lanky right-hander left quite the impression in the appearances he made.

David managed to land a Royal London Cup (50-over) gig with Surrey, and further elevated his stocks in the 8 matches he played. He finished as Surrey’s second-highest run-getter, with 340 runs, but remarkably scored the runs at a mind-boggling SR of 150.44. The highlight was a 70-ball 140* against Warwickshire, in which he blasted 11 sixes. The impressive RLOC campaign helped David land a Hundred gig as a replacement player, for the Southern Brave, and in his only appearance (in the Final) he struck a 6-ball 15 that included two sixes. 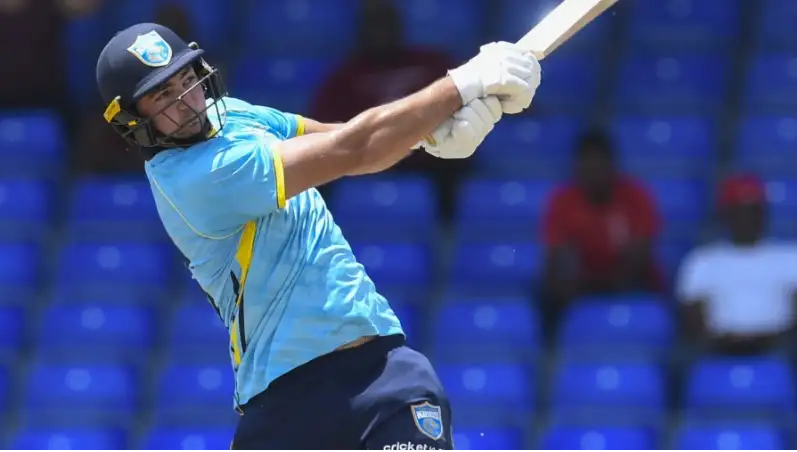 The impressive English summer helped David land a gig in the CPL, and the right-hander once again grabbed the opportunity with both hands to further elevate his stocks. David made the finisher role his own, and proved to be integral to Saint Lucia Kings’ charge to the final. He impressively ended CPL 2021 as the competition’s third-highest run-getter, with 282 runs, and struck those runs at a rapid rate of 146.11. 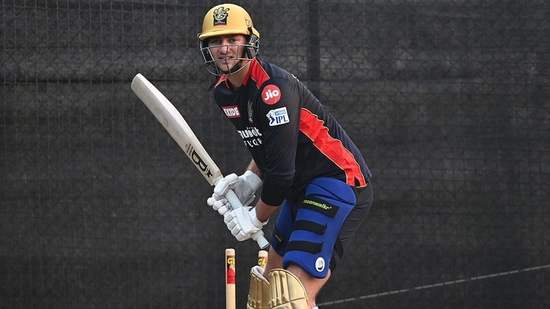 On the back of a mighty-impressive CPL campaign, David was roped in by RCB as replacement for Finn Allen, ahead of the second half of the IPL 2021 season. David, as it turned out, made only one appearance for the Reds, but the sheer fact of him landing an IPL contract made it evident that he was turning into a hot property in the shortest format.

January 2022: Moving to the next level with PSL exploits 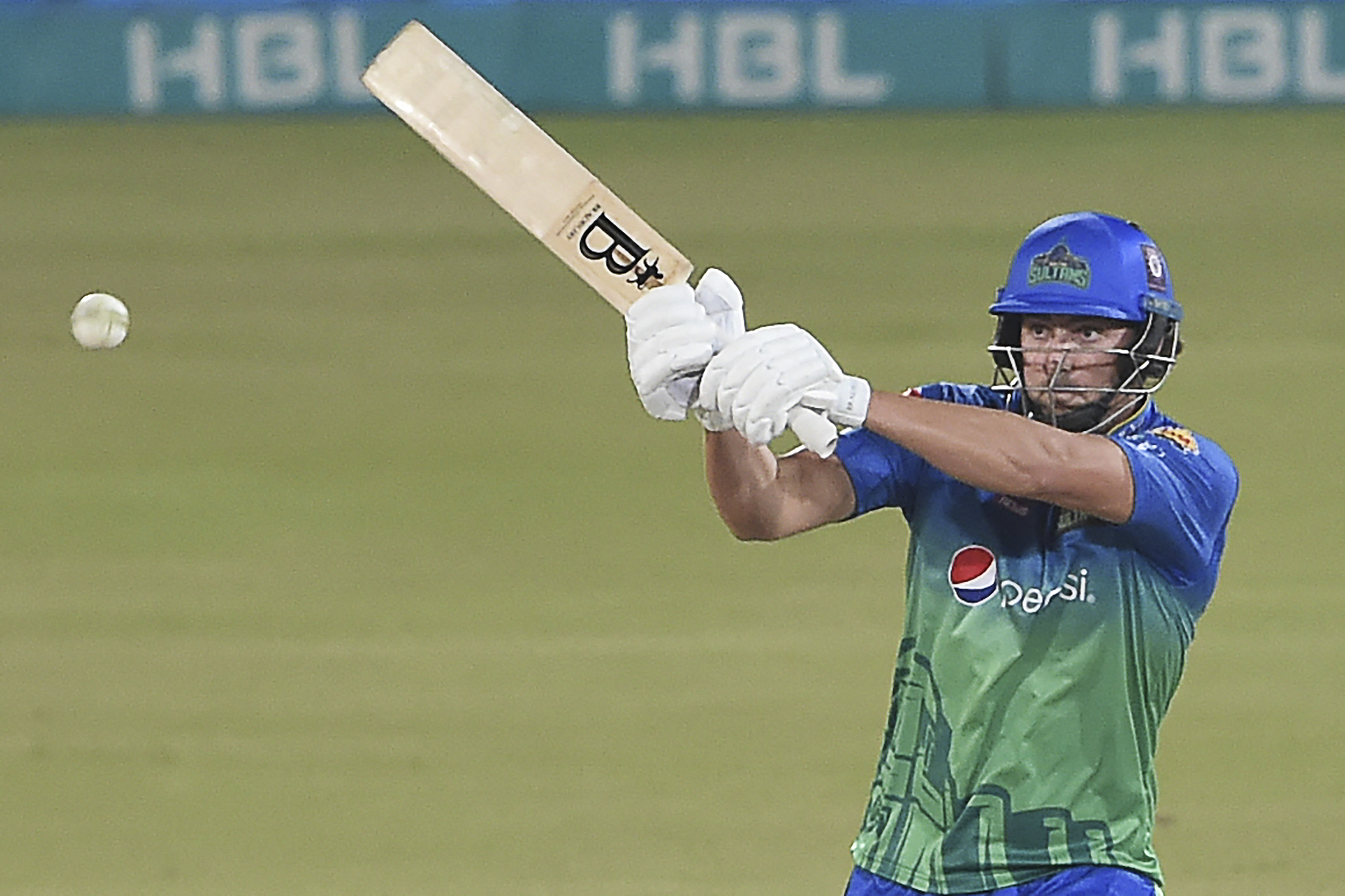 The 2022 edition of the PSL was where David announced to the world that he’d well and truly moved to the next level. Signed by the Multan Sultans, an outrageous campaign saw David amass 278 runs at a scarcely believable SR of 194.40. David hit the most sixes of any batter in PSL 2022 (21 sixes) and proved to be head and shoulders above every other middle-order batter in the competition, dismantling every attack that he encountered. Multan agonizingly fell short in the final, but David came out on the other side of the tournament as the hottest T20 property in the world.

David was expected to be a popular commodity going into the auction, but no one quite expected the lanky right-hander to fetch a remarkable winning bid of INR 8.25 crore. As many as six teams bid for David in the auction — highlighting his demand — and it was Mumbai Indians that eventually pocketed the big man.

After a pair of failures at the start of the season Mumbai inexplicably dropped David, but the 26-year-old showcased his quality and class towards the back end of the campaign. David ended the season with scores of 20*, 44*, 13, 16*, 46 and 34, helping the five-time champs to end the season on a slight high. He ended IPL 2022 with an overall season SR of 216.28, creating a new record for the highest SR for a batter in a single IPL season (min 150 runs).

David entered the 2022 Vitality Blast season as a star, and across the season he played like one: the right-hander amassed 405 runs at a strike rate of 174.56, smashing 27 sixes in the campaign. He was integral to Lancashire’s run to the final, though his side fell short in the finale, agonizingly by 1 run. Following the impressive T20 Blast season, David landed a full-time Hundred gig as he was retained by Southern Brave in the draft.

After months and months of being talked up by skipper Aaron Finch and chief selector George Bailey, David finally found himself making it to the Australian squad, only this time as part of a 15-man group tasked with defending the T20 World Cup title.

Four years after feeling like the odd man out at Perth Scorchers due to being a rookie, the 26-year-old is all set to be Australia’s x-factor at the World Cup in a month’s time.